Artwork created by computers sells for $430,000

Meet the art collective using artificial intelligence rather than humans to create new works of art. Very expensive ones.

Whatever the medium, whatever the genre, Christie’s auctions always command impressive bids for their artworks. But in 2018, when their New York office sold a portrait called Edmond de Belamy for over US$430,000, more than a few eyebrows were raised. That’s because the work was created, not by an artist, but by a computer algorithm.

The blurry, brown and beige image of a rather non-descript man in a shirt and frockcoat had been inkjet-printed onto a 70cm by 70cm canvas, and set within a gilded wood frame. In the bottom right of the picture was the phrase “min G max D x [log (D(x))] + z [log(1 -- D (G(z)))]”, part of the algorithmic code used in its production. The buyer was an anonymous “Asian businessman”.

According to Christie’s, Edmond de Belamy was the first work of art produced by artificial intelligence ever to sell at auction. It was the brainchild of a Paris-based art collective called Obvious. To create it, the three members of the collective – Pierre Fautrel, Hugo Caselles-Dupré and Gauthier Vernier – fed a database of 15,000 images of existing artistic portraits into a computer where algorithms called generative adversarial networks, or GANs, were set to work. There were two algorithms working in competition with each other – one called a generator, the other a discriminator. The generator was programmed to produce random portraits based on the 15,000 it had been supplied with, while the discriminator was programmed to reject any of the generator’s portraits that it deemed not to have been created by a real human being.

“It’s a back-and-forth process that carries on until the generator is capable of fooling the discriminator,” Vernier explains to Chart magazine. “When the discriminator finally views a portrait and says to itself, ‘Okay, this is part of the database’, it then accepts it. Then we have a result.”

Vernier and his colleagues then reviewed those results before voting on a final collection of 11, which they called La Famille de Belamy. So, in the end, the ultimate curators were human beings rather than machines.

There were hundreds of real-life artists’ portraits featured in the original database, dating from every century since the Renaissance. From the 15th Century there was Leonardo da Vinci and Hans Memling, for example; from the 16th Caravaggio, from the 17th Rembrandt, from the 18th Joshua Reynolds and Anne Vallayer-Coster, and from the 20th Picasso. “We took everything that was free of rights,” Vernier admits. “The more the dataset is varied, the more variation you will have in the end result.” 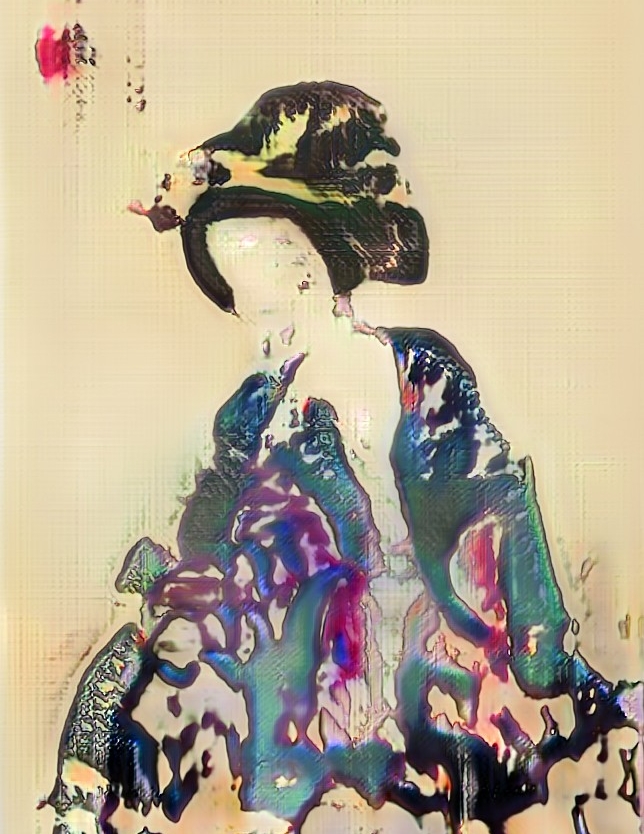 Obvious has since created further collections of AI-generated art. One of them is a set of Japanese-style landscapes and portraits – most printed on Japanese paper, but two taken over by a real artist who used traditional Japanese woodblock painting to create the final pictures. Another, due out in the summer of 2020, is a set of 22 African face masks that will be designed by algorithms and then actually carved out of wood by a real-life Ghanaian artist.

Vernier readily admits he and his two colleagues have “no art or art history background” whatsoever. They possess “no proper studio”, instead producing work from their house in the Paris suburbs. Yet it’s fair to say the images their computers are creating have shaken up the art world considerably. Already their work has been exhibited at the State Hermitage Museum in St Petersburg, the King Fahad Cultural Centre in Riyadh, the Musée de la Civilisation in Quebec, and the National Museum of China in Beijing.

Although Edmond de Belamy sold for more than 40 times Christie’s estimate price, a more recent Sotheby’s auction of Obvious’ works failed to generate such profits. A second portrait from the Belamy series sold for $20,000, just meeting its low estimate price, while one of their Japanese-style portraits sold for $13,000 – slightly above its high pre-sale estimate.

Nevertheless, Vernier and his colleagues remain emboldened. They told Chart they are working on several new AI-generated art projects, including one that uses video images of human faces and another that takes photographs of computer chips.

Vernier believes artificial intelligence and art could be combined in many of the creative industries, including fashion, architecture, video games and industrial design. They are already working with the Paris-based luxury goods brand LVMH, as well as a committee that runs a prehistoric cave painting site in the Dordogne called Lascaux. “The oldest form of art combined with the newest form of technology,” is how Vernier describes the latter. “We want to work with street artists to make a connection between cave art and street art.”

Purists might accuse Obvious of tearing the soul out of art by allowing artificial intelligence to direct the artistic process. Vernier disagrees. “I don’t feel we are taking anything out of art. We are bringing something new to art, and the art world always needs something new and innovative,” he says. 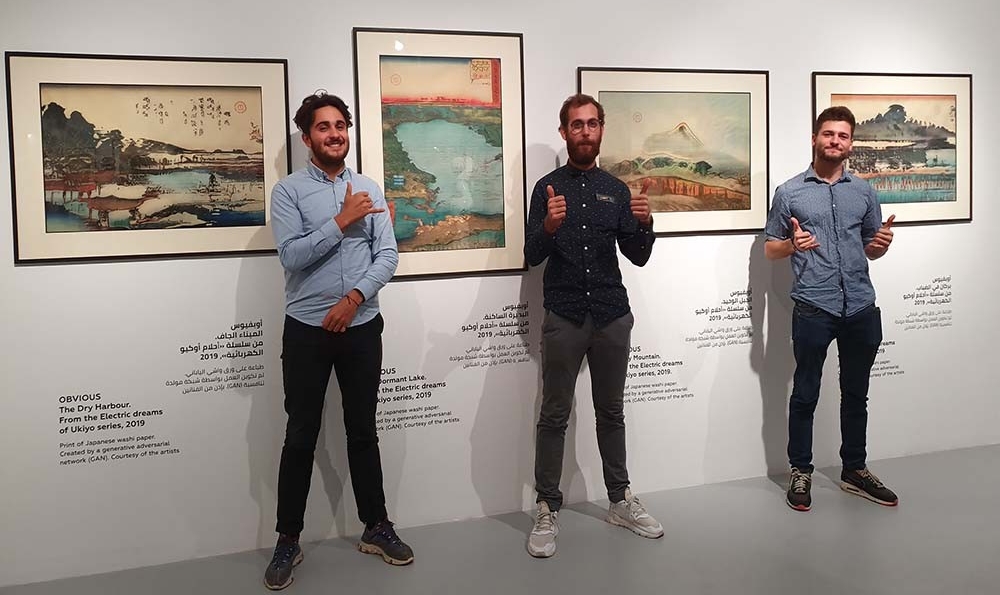 When photography was first invented, in the early 19th Century, the art world was similarly disdainful of this new machine-led medium. Vernier compares what he and his colleagues are doing to the efforts of those early photographers. “We are bringing a new tool to the art world. And we are bringing in a new type of human artist: people who do computer coding.”

Vernier stresses how he and his colleagues have no wish for computers to monopolise art creation. “We are simply advocating for the creation of a new branch of art: AI art. But he’s 100 per cent sure that AI art will never replace all the other branches of art.”

This is a sentiment that Christie’s very much agree with. Richard Lloyd is the Christie’s specialist who organised the original sale of Edmond de Belamy. “It is a portrait, after all,” he explained. “It may not have been painted by a man in a powdered wig, but it is exactly the kind of artwork we have been selling for 250 years. Artificial intelligence is just one of several technologies that will have an impact on the art market of the future, although it is far too early to predict what those changes might be. It will be exciting to see how this revolution plays out.”

Banner image: Edmond de Belamy, the first artwork produced by artificial intelligence to be sold at auction, for £430,000.