MS Amlin Marine NV is a captive managing general agent (coverholder) that offers you tailored marine insurance solutions. We can combine multiple carrier options, giving you A-rating capital flexibilty. Backed up by one of the largest teams of underwriters and claimshandlers in Europe we provide you with the service, knowledge and expertise that will help you navigate the market.

We aim to be a world class brand for marine insurance working in partnership with our clients to provide a genuine first class service ranging from innovative risk solutions to claims settlement.

We specialise in complex risks that require bespoke solutions.

We like to think that our knowledge and service sets us apart from our competitors.

Part of the MS&AD Group, a global top 10 non-life insurer; MS Amlin Marine NV is backed up by A-rated capital from both our Lloyd’s syndicate and European risk carrier combined with third-party capital giving the flexibility your business needs. 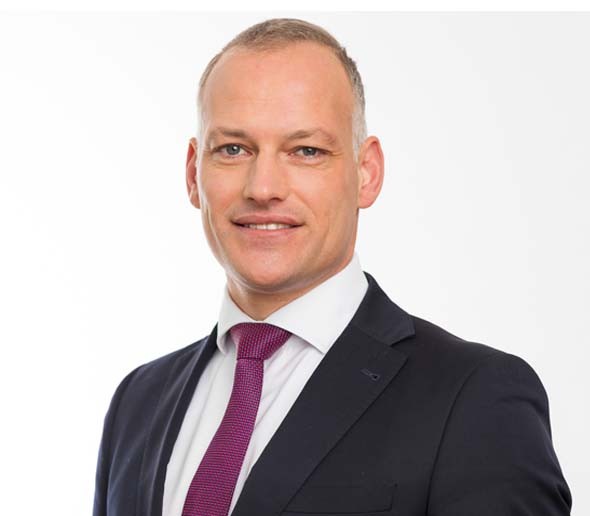 Before joining MS Amlin in 2008, Tom worked as an internal auditor at ABN AMRO bank. At MS Amlin Tom has previously worked in the Risk Function and served as Head of Strategy & Underwriting Management of MS Amlin’s Global Marine & Aviation Business.

Tom holds a Masters in Architecture and Building Technology from the TU Delft, an executive Masters in Operational Auditing from the Erasmus School of Accounting & Assurance, and completed an MBA at the Rotterdam School of Management.

Tom is a dad of two daughters, makes a professional Beef Wellington and can be found on the water or snow in his free time. 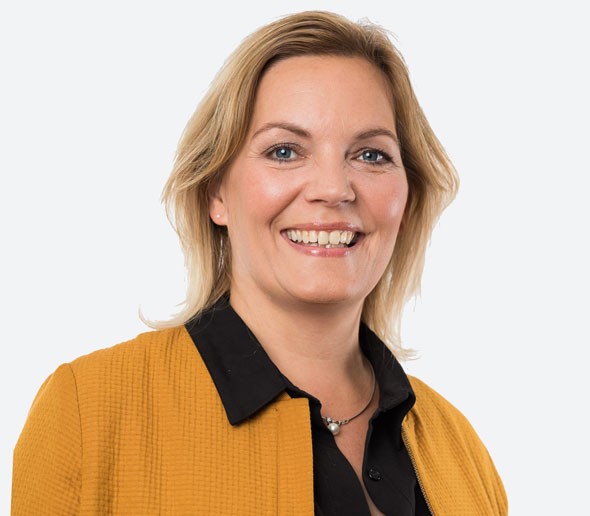 Daniella is a mum of two daughters, loves to travel the world, yoga is her means to relax and she is always the first to hit the dancefloor.

Koen joined MS Amlin in 2010 as trainee where he learned all aspects of the organisation before becoming Project Manager in 2012. He was responsible for process improvement programs for multiple departments before switching to underwriting management.

In 2016 Koen became Underwriting Manager Marine Europe and kept oversight on the backoffice and all operational processes.

Koen holds a masters’ degree in Law of the University of Utrecht.

Koen is a dad of two (plus two bonus), runs 10KM without training and spends his free time preferably with friends, food and drinks or at a festival. A combination of the latter will do too. 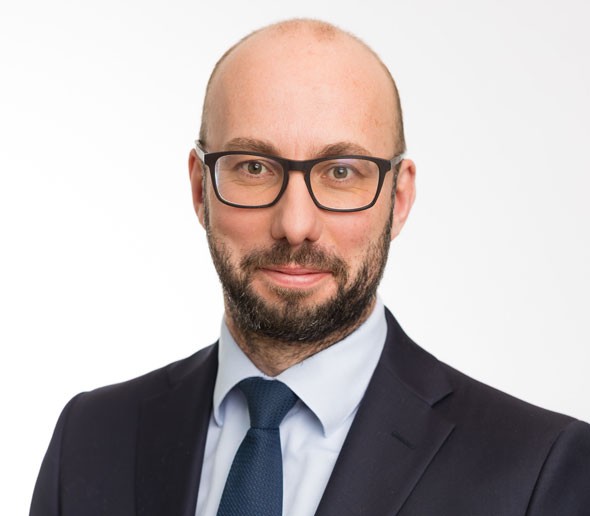 Paul started the first 10 years of his career at PwC where he became an audit manager and was involved in various IFRS conversions and IPO programmes. He joined Amlin Insurance in 2010 as Teammanager Accounting and Reporting before becoming the global Head of Finance Operations in 2016. Paul currently holds the Finance Director role in MS Amlin Marine NV which he combines with a lead role on the IFRS’17 enterprise programme (IEP).

Paul studied business economics and auditing, is dad to two sons and aims to keep himself fit by cycling and running regularly as he is keen to visit European and Asian restaurants. Furthermore he tries to go skiing with his mates at least once a year.

In 2017 Steven moved back to Belgium to global steel company Bekaert where he became the group Insurance manager. Following Bekaert Steven moved to Baloise. He was responsible for all Underwriting within Marine & Transport. In 2020 Steven returned to MS Amlin Marine NV where he became Strategy Director and Country Manager for Belgium. 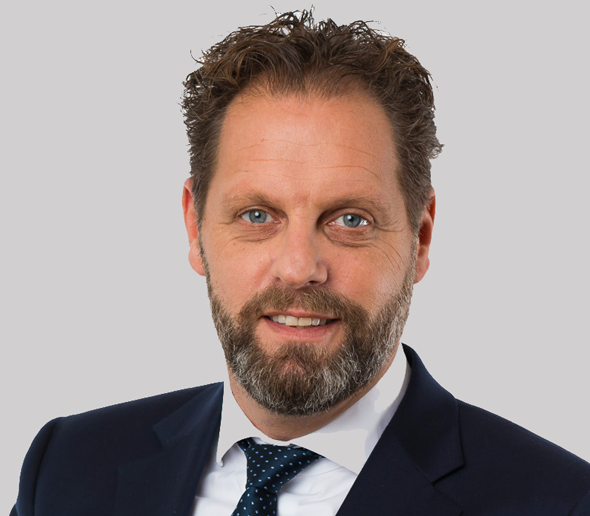 Rene is active in the insurance industry since 1991 and joined Fortis Corporate Insurance (predecessor of MS Amlin) in 1998. He was involved with the foundation of what has become now a stable and recognized international Marine player. After the take over of Amlin in 2008 Rene became the Product Group Leader for Hull on a global basis as liaison for the Amlin Syndicate. Next to giving support to other marine products on the continent such as Energy and Yachts.

Rene became Country Manager Marine in the Netherlands for MS Amlin Marine NV to have a stronger connection with both brokers and clients.

Rene is married and has 3 kids (one bonus) all in the early twenties. He likes to play squash, fitness and spends a lot of time on or near the beach.

Thomas started his career handling marine claims for a broking firm before working in the insurance department of a renowned shipping company in the south of France. He then moved to London where he was underwriting Hull and Cargo liabilities.

Thomas is a dad of 1 girl, makes the best home-made paté and in his free time is always found on the water or crossing around the country on his bike 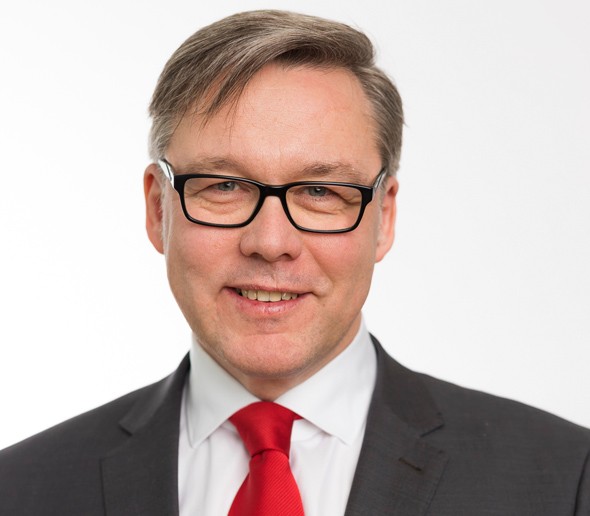 Marc has been in marine insurance for over 30 years. He has experienced the sides of the Broker, Assekuradeur/MAG's and Insurers over his career.

Most recently Marc worked as Head of Marine for a German Insurer, before he moved to MS Amlin in 2018. At the beginning of 2019 he took over the management of the Hamburg Office and is now responsible for the set-up and development of the Marine Portfolio Germany as Country Manager. Marc has a degree in marine insurance.

He is dad of 2 sons. Marc likes to cook (and eats it even better) and he likes to travel and occasionally tries his hand at the golf course.

Tom is married with three sons, is a keen but steady runner, and recently qualified as a glider pilot. 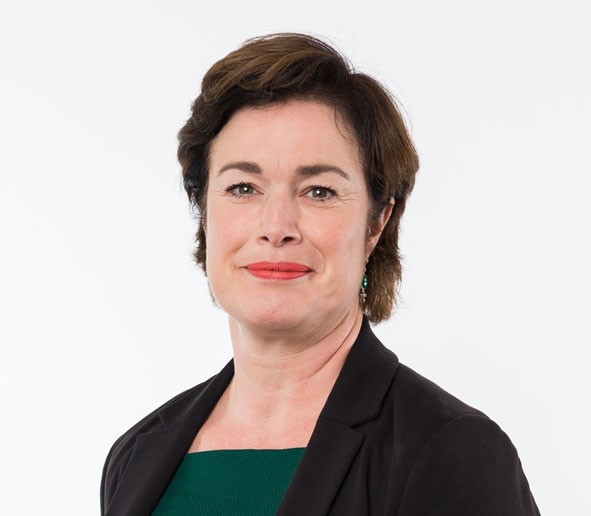 Katie started her career in the insurance world at AMEV Interlloyd as a Liability Underwriter. Since then she has held various roles in management support and control before becoming Reinsurance Manager in 2009 when Amlin Europe took over Fortis. In 2015 Katie became the Manager Broker Relations and Business Development for MS Amlin Marine Europe. In support of the strategic direction of MSAM she has taken on an additional role as Carrier Manager in 2020 in which she is responsible for expanding and managing the insurer panel MS Amlin Marine works with.

Katie holds a master’s degree in Law of the University of Amsterdam and has studied Business Administration.

Katie is married and has one son, she lives in Amsterdam where she fully enjoys the benefits of a city live and she always knows the best places to eat.  She loves to visit cultural cities around the world.