How to 3D-print a house

Humanity needs to build many more homes, but without using construction materials that impact the environment. Could 3D-printing be the answer?

It is a classic double bind. More than 1.8 billion people worldwide lack adequate housing. At least, so claimed the United Nations in 2005, when it last attempted to calculate how many people live in unacceptable conditions. The figure will have risen sharply since then, so one thing is clear: we need to build more homes.

Not only are we failing to build enough houses, but those we do build come with an impact on our environment. Another report from the United Nations calculated that emissions from the construction industry reached their highest ever level in 2019. Cement, the mainstay of construction, is the most used material on Earth; we cast 14 billion cubic metres of the stuff each year. If cement were a country, it would be the third worst carbon dioxide emitter in the world, trailing only China and the United States.

So, how do we reconcile the need to build many more homes with the need to reduce the environmental impact of their construction? The answer might be to print them.

3D-printing (‘additive manufacturing’ is the less evocative term) emerged in the 1970s and is now starting to hit its stride. The basic technology is well understood and widely used: a construction material is heated, liquefied and then applied through a printer nozzle. It is deposited layer upon layer, in line with a computer-designed template, before solidifying in place. The range of applications for 3D-printing grows all the time. The more familiar uses tend to be small items: prosthetics, dentures, car parts, jewellery, clothing. The printers needed for these can often sit on a desk.

Those needed to print a house obviously can’t. In September 2021, Italian company WASP unveiled what they claim is the world’s largest 3D-printer, called Big Delta. It is 12 metres high, with a diameter of seven metres. Despite its size, it is lightweight and capable of being transported, assembled and disassembled on site. Other printers, however, require a fixed home. Mighty Buildings, a California-based company, locate their 3D-printer in a warehouse. They pre-fabricate panels there, before transporting them to the building site where they are assembled onto a steel frame.

If printing on-site can be replicated more widely, the traditional building site, often busy, messy and chaotic, might become a thing of the past. 3D-printers make for a “safe and extremely efficient construction site”, says WASP’s Tiziana Teghini. WASP built its TECLA project earlier this year, a house made of two connected domes, using two printer arms working alongside each other. “For the first time, multiple printing arms have been synchronised inside a construction site, like in an industrial production line,” explains Teghini. TECLA proved you could have multiple printers operating simultaneously alongside each other, while avoiding the collisions and log jams that dog traditional construction sites.

3D-printing is also fast. Kamp C, a Belgian innovation centre, printed a house in 2020 on-site in Westerlo, in northeast Belgium. The two-storey building, which they claim is the first to be printed in one piece on-site, was completed in just three weeks.

Mighty Buildings, with their off-site printers, are producing designer homes, with a price tag to match. WASP, and others, plan to use their printers in less rarefied settings. Dutch studio DUS Architects had humanitarian purposes in mind when they printed a small prototype cabin in 2016. “3D-printing techniques can be used particularly well for small temporary dwellings or in disaster areas,” they said.

Ethical approaches, such as these, are best demonstrated by the 3D-printed community emerging in Tabasco, Mexico. 500 homes are being built there by New Story, a San Francisco-based non-profit organisation, in collaboration with Mexican social housing production company, Échale, and ICON, a Texan construction technology company. 200 of the homes are completed or under construction, ten of them printed on site by Icon’s Vulcan II printer.

ICON’s Lavacrete material (its composition is a carefully guarded secret) is formulated for extreme weather conditions and natural disasters. Seven homes built with it were left undamaged by severe storms that hit Texas earlier in 2021.

This strength is another of the benefits of the 3D process. Most traditionally built homes have a rectangular form. This is weaker than structures that are curved. 3D-printing allows for much greater flexibility in terms of creating curvilinear buildings, better able to withstand environmental stresses.

Lavacrete is one of a number of materials used in the 3D-printing process. Italian architect Enrico Dini has experimented using sand, fixed with a binder; Californian firm Emerging Objects has built four mud-based structures, reinforcing one with juniper wood; WASP, meanwhile, has built a home using clay, sourced on site. “If we imagine that, today, one third of the global population is living in an earth-based house, we can immediately understand that raw earth is a powerful construction material,” says WASP’s Teziani.

Even if you continue to use cement-based materials, 3D-printing’s biggest environmental benefit is that additive manufacturing only uses what is needed. Construction waste is minimised. The UK’s Department for Environment, Food & Rural Affairs stated in a 2016 report that construction, demolition and excavation activities were responsible for 59 per cent of the UK’s total 221 million tonnes of generated waste. In the United States, the Environmental Protection Agency estimated that 600 million tonnes of debris were generated by the US construction industry in 2018. With Mighty Buildings claiming that their process creates ten times less waste than traditional construction methods, the environmental benefits are clear.

3D-printing will remain a small part of the construction process for now, but growth is marked, and interest in its use is growing. The US Army’s Engineer Research and Development Center is working with partners, including NASA, to explore the use of 3D-printing for building expeditionary structures in the field.

NASA themselves are working with ICON to develop Mars Dune Alpha, a 3D-printed structure that will simulate conditions on Mars. When humans eventually colonise other planets, we won’t be ferrying cement there, rather using 3D-printers and local materials. “Construction-scale 3D-printing,” says ICON’s CEO Jason Ballard, “is an essential part of humanity's toolkit on Earth, and to go to the Moon and Mars to stay.” 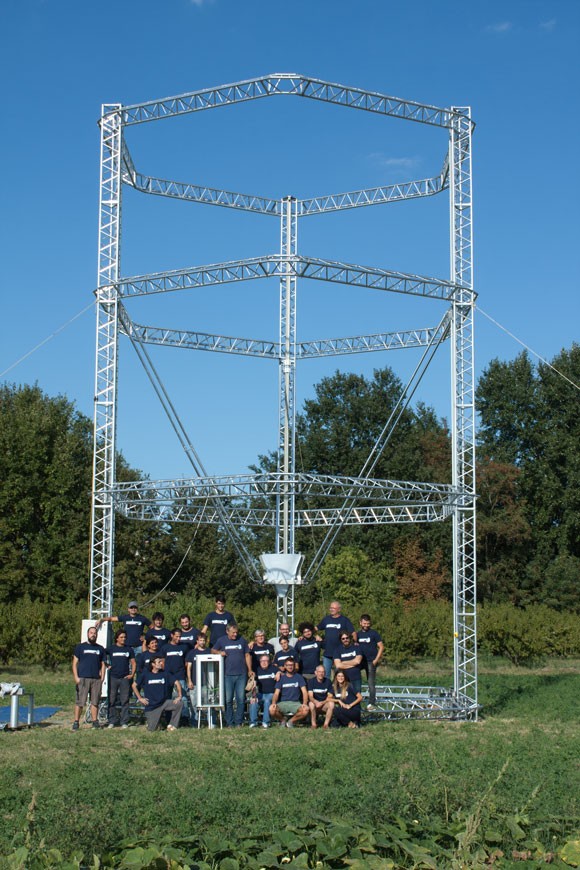 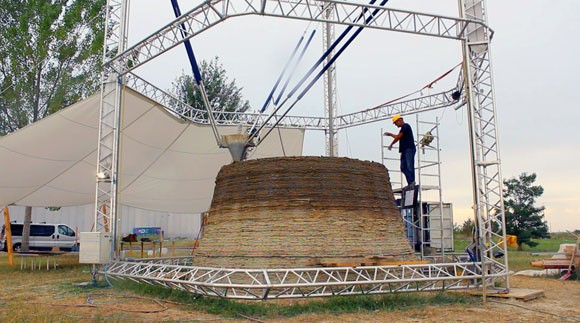 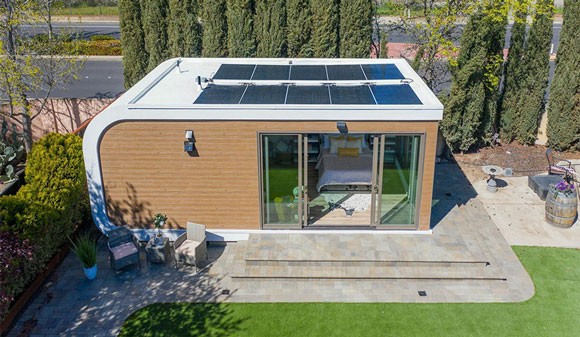 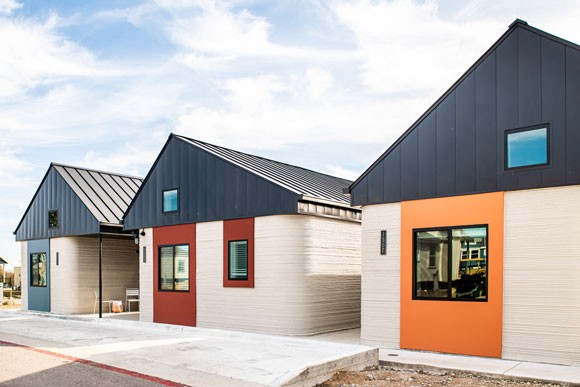 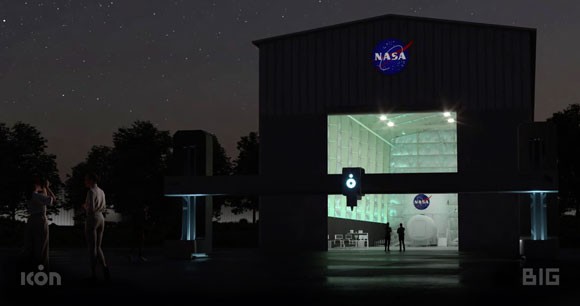 ICON and NASA are working together. Image credit ICON.