Ancient artefacts and human remains at the British Museum are spooking both visitors and staff.
What is causing things to go bump in the night?

Phil Heary worked for almost 30 years as a guide at London’s famous British Museum. Better than anyone, he knew his way around the hundreds of thousands of objects displayed across all 94 galleries. But there was one part of the building where he always felt ill at ease. Often, on entering the upper Egyptian gallery, he would feel the air temperature plummet for no discernible reason.

One occasion he will never forget was in the early 1990s when, during a visit by Prince Charles and the then Egyptian president Hosni Mubarak, he was asked to prepare the gallery before the dignitaries arrived. Heary remembers the room feeling as cold as a freezer, his breath making clouds in the air. And there was a foul smell, he said, which made his stomach turn.

When another colleague joined him, the gallery suddenly returned to normal. Soon afterwards, Prince Charles and Mubarak arrived on their tour, oblivious to the eerie goings-on.

This is by no means a one-off incident. Over the years there have been dozens of reports, both from museum staff and visitors, of what might be paranormal activity. As well as sudden temperature drops, there have been reports of doors opening and closing spontaneously, ghostly orbs of light, ancient music playing, and alarms sounding for no reason.

Now, one researcher has collated all these stories in a new audio guide called Ghost Stories of the British Museum, available to stream and download. Noah Angell, a 39-year-old American who lives in London, has spent the last few years interviewing museum guides, security guards, curators and visiting members of the public. The tales he has heard will raise both eyebrows and hairs on the back of the neck.

Like the time in 2014, when the museum was staging a temporary exhibition called Germany: Memories of a Nation. Late one night, a security guard was monitoring live cctv footage of a stairwell near the upper Egyptian gallery when he spotted huge balls of light moving around in the air.

“He said they would hover completely static in mid-air for three or four seconds,” Angell explains. “They would chase each other around in circles and zip off into the distance.”

Other guards rushed to the scene, keen to discover what was going on, but spotted nothing when they arrived. Meanwhile, the guard monitoring the screen could still see the balls of light moving around.

According to Angell, members of the public often report seeing ghostly shapes during visits to the British Museum. One Dutch couple, for instance, spotted what looked like a dwarf girl in the reflection of a display case. Another visitor noticed a strange pool of golden light in the lap of an Egyptian statue. Someone else captured a photo of what they thought was a “mummified Mexican baby boy hovering in mid-air”.

Not all the paranormal activity has been so benign. In 2004, an overnight security guard was patrolling Room 41 of the museum, where items from an ancient Anglo-Saxon burial mound are displayed. He tried to close the gallery doors, but they stood fast.

“He got really frustrated and gave them a proper push,” Angell says. “When he did, he felt very distinctly that someone’s wrist came out from between the two doors, caught him in his sternum and knocked him a metre or so onto his backside.” The guard’s former supervisor told Angell he saw the unfortunate chap “flying through the air”.

Angell has heard of other incidents that suggest poltergeist activity. Two of the museum’s curators have reported being struck on the forehead by a flying pebble. But worst of all was a story he heard about a female overnight guard who was patrolling the storage rooms in the basement, turning off the lights. As she entered one room, the lights went out of their own accord.

Angell describes it as follows: “She said, ‘It felt like someone was standing behind me, and I felt them reach into my body, and grab me by the spine. It sent the most intense chills up and down my spine; my legs went to jelly.’”

When she told her male work partner, he dismissed the story as nonsense, and went directly to the storage room to investigate. “When he did, the same thing happened to him,” Angell explains. “The very same feeling of someone reaching into his spine.”

Angell, who is originally from North Carolina, says he himself has experienced much paranormal activity during his life but he denies being any sort of ghost hunter. He has visited the British Museum hundreds of times over the past five years – both as a guide offering walking tours for tourists and while researching material for his audio guide. But he has never spotted anything there abnormal himself. However, he stresses that none of the witnesses he interviewed were the eccentric type.

“Most of the people I’ve interviewed don't self-identify as believing in ghosts,” he says. “What they all seem to agree on is that [museum] objects hold energy.”

If you include what's in storage as well as what's on display, the British Museum, which opened in 1759, holds well over eight million objects in all. Many, such as the battle weapons, tomb guardians and statues of deities or demons, have strong connections to death and the afterlife. And then there are the more than 6,000 human remains, such as the Egyptian mummies, the preserved bog bodies, and the many skulls. It doesn't require a vast leap of faith, therefore, to suggest there might be supernatural presences in the building.

The problem is, Angell has no proof that his witnesses’ stories are true. Most employees prefer to keep their identities secret, for fear of disapproval from museum management. Nor has he been allowed to view cctv footage from the museum. Only one of his witnesses has supplied photographic evidence of spectral activity – this was a property manager from Windsor who captured images of blue orbs of light close to the Nereid Monument, in Room 17 of the museum. Unfortunately the photos are unsubstantial and out of focus.

In August 2020, the British Museum, which normally attracts around six million visitors a year, re-opened after 163 days of closure due to the Covid-19 pandemic. While spooky stories are sure to lure in more visitors, the museum itself denies all knowledge of the supernatural. “There are no official records or statements from staff or comments from visitors about paranormal activity at the museum,” said an official spokesperson.

Angell, however, believes the tales he has unearthed are just the tip of the iceberg. “Since I started this project, everybody I know who works for a museum has told me theirs is also haunted,” he says, citing the Victoria and Albert Museum in London, the Pitt Rivers Museum in Oxford, and the American Museum of Natural History and the Metropolitan Museum of Art in New York City.

Angell suggests his audio guide might be the catalyst for other museum staff and visitors to go public with their reports of the paranormal. “I know there are tons of people at other institutions ready to tell their stories.” 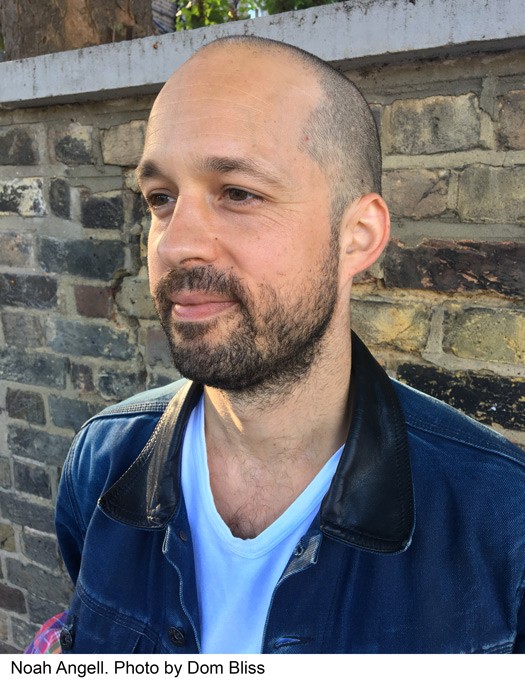 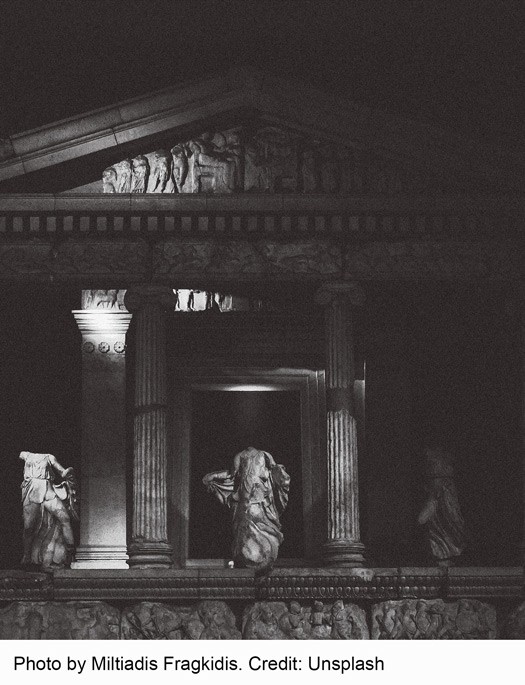 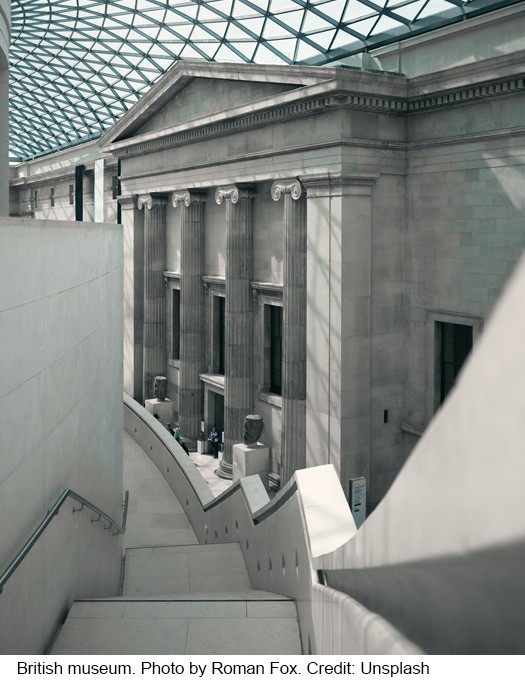 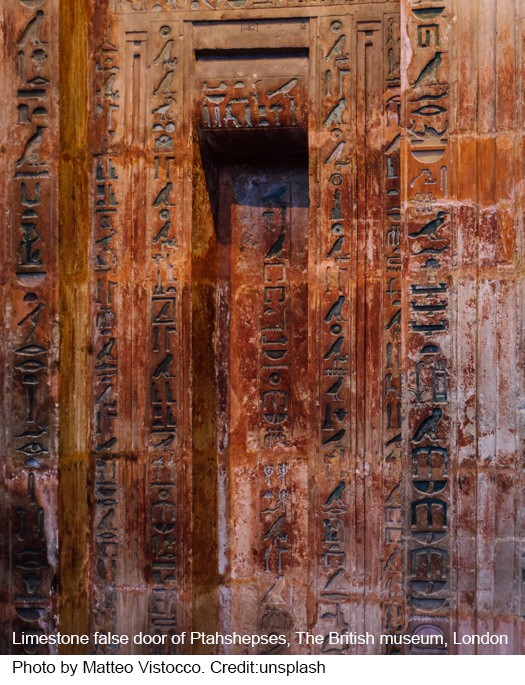 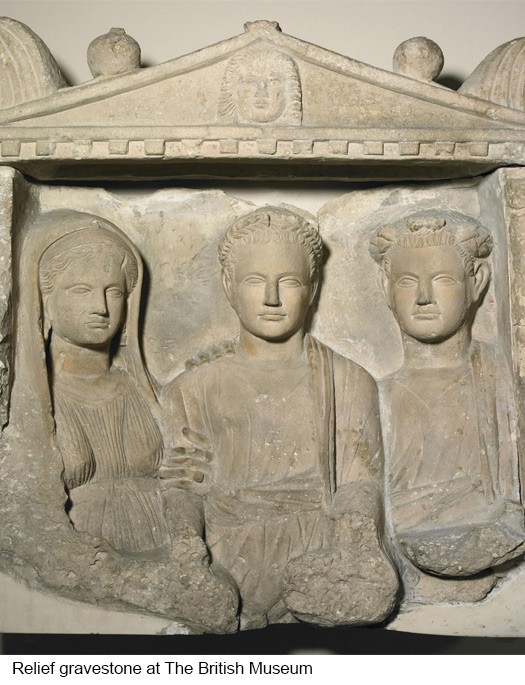 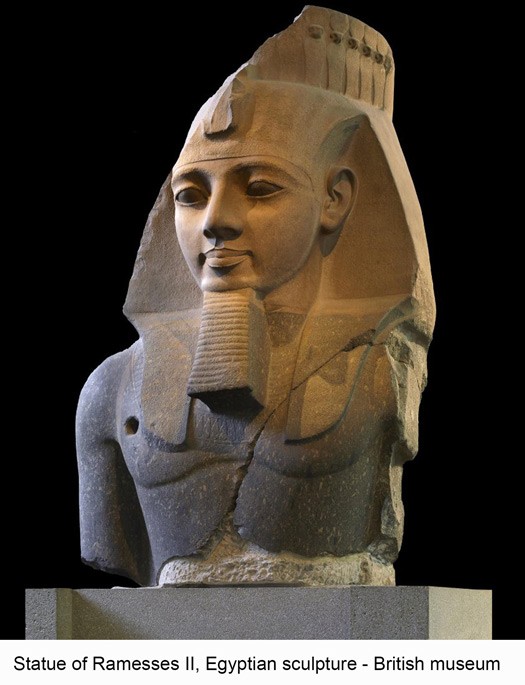