Who looks after the mental health of mariners while they’re at sea? The problems can be severe and, in international waters, legal rights are difficult to uphold.

The ship’s provisions were all gone, the cargo hold was empty, the crew had long since departed. With barely enough fuel on board to power the lamps, the Dona Liberta – a 112-metre Greek-owned refrigeration ship – had no heat, electricity or running water.

This was the desolate vessel that Romanian sailors George Cristof and Florin Raducan were greeted with when, in 2011, they were hired by an employment agency and instructed to fly to the UK. The Dona Liberta was anchored a couple of miles off the port of Truro, in Cornwall, in southwest England.

In his recent book The Outlaw Ocean: Crime and Survival in the Last Untamed Frontier, investigative journalist Ian Urbina tells Cristof and Raducan’s tragic story. He explains how, for five months, “the two men survived by fishing over the side and pleading for canned goods and bottled water from passing ships. Some days they did not eat. Their cell phones died. The toilet paper ran out. So, too, did the cigarettes. Nerves frayed. They collected rainwater for drinking and bathing. Each day the men waited for orders that never came.”

The toll on their mental health was enormous. But instead of escaping for shore, they remained on board because they felt trapped financially. Leaving the ship could have meant forfeiting their wages and the deposit they had paid the employment agency, as well as being blacklisted from future seafaring work. Eventually they were rescued by a charity called The Mission to Seafarers

It’s rare that working at sea becomes this gruesome. However, the industry has myriad examples of mariners who find themselves stranded on board ships with poor provisions and facilities.

During the global pandemic, the situation has worsened. In September 2020 the International Maritime Organization reported that “some 400,000 seafarers from across the globe are now stranded on ships, continuing to work but unable to be relieved, in a deepening crew change crisis which threatens trade and maritime safety”.

In late 2020 The Mission to Seafarers released its latest Seafarers Happiness Index report. “It was saddening to read seafarers stating that their experiences at sea are currently the worst in decades,” they wrote. “We heard that seafarers are losing faith in the rules and some claim that hours of work and rest are being fabricated to maintain compliance. Stress, uncertainty and pressures of work were affecting relationships and interactions negatively, and there was a sense that the atmosphere on board was being tainted as crews focused on just getting through and going home.”

In his book, Urbina explains how “the loneliness and boredom of long voyages at sea can be emotionally brutal”. Indeed, a study in the journal International Maritime Health found that suicide accounted for around six per cent of seafarer deaths globally.

Ross Macfarlane has worked in the maritime industry for the last 12 years, eight of those at sea. An expert on autonomous vessels at Dutch geo-data specialists Fugro, he is a spokesperson on the mental health of mariners.

“There are a lot of stresses in the job,” he told Chart magazine, pinpointing the key factors that are most traumatic of all: the fatigue of shift work, for example, the loneliness, the boredom and the strain of being away from home for long periods of time. Access to on-board gyms and healthy food is not always guaranteed, he adds.

One of the most important ways to keep mariners mentally healthy is by allowing them regular communication with their families back home. “Connectivity with family is crucial,” says 30-year-old Macfarlane who is originally from Glasgow but now lives near Malmo, in southern Sweden. “This is improving significantly, but there are still a lot of companies out there where that’s not an option because data is expensive. So seafarers are still very isolated. And there are time differences as well. Even if you do have the connectivity, it can be difficult to line up schedules to communicate.”

On the high seas, it’s tricky for individual mariners to insist on decent working conditions. Laws differ enormously, depending on which nation’s waters a ship is sailing through, and which flag it is flying.

Macfarlane says most professional seafarers are protected by the 2006 Maritime Labour Convention, an agreement of basic employment standards which has been adopted by over 100 nations and territories worldwide.

“Obviously the level at which companies comply with this is variable,” he concedes. “But the port systems are set up so that it doesn’t matter which state’s flag you’re sailing under. So, if you’re under the flag of Liberia, for example, and you enter a port in France, the French authorities have the right to inspect that vessel in line with the standards set by the flag state.” In theory, he says, this convention reinforces workplace standards for mariners, regardless of where they are in the world. But in practice, he admits that “sometimes the standards aren’t as high as they could be”.

Macfarlane says his own company, Fugro, takes the mental health of its employees very seriously. They employ a team charged with bolstering the wellbeing of employees in eight key areas: financial, intellectual, occupational, physical, social, environmental, spiritual and emotional.

Interestingly, the company’s ultimate goal is to eliminate mental health problems by moving as many of their seafarers as possible from ocean-going ships to land-based workplaces through the adoption of autonomous vessels.

“Fugro has increased connectivity on board to take as many employees off the vessels, out of harm’s way,” Macfarlane says. “To give them a more normal working environment. If there’s no need for them to be offshore, they’re bringing them back on shore.”

As well as its headquarters in the Dutch town of Leidschendam, the company has eight land-based operations centres dotted around the globe, from where employees can operate ships remotely. “They’re essentially still doing the same job – navigating the vessels and interacting with ports,” Macfarlane explains. “They’re just doing it from the shore. No longer are they working away from home. The implications for the maritime industry are massive.”

Indeed they are, But even if autonomous shipping drastically reduces the number of on-board crew, there will always be a need for human beings to work on the high seas – especially in fishing, cruise ships, passenger ferries and certain cargo vessels. And that means the mental health of seafarers will always be an important consideration.

Fortunately there are powerful charities and unions working hard to help. In the conclusion of his book, Urbina champions the Mission to Seafarers, Stella Maris, the International Transport Workers’ Federation, and the International Labour Organization.

But at the same time he paints a grim picture of less fortunate seafarers: “On board, a crewman can sit, sometimes for months out of reach of sending his wife an email, eating a decent meal, having a doctor check the toothache that keeps him up at night, or hearing his daughter’s voice on her birthday.”

For even the mentally toughest, all this can eventually prove too much. 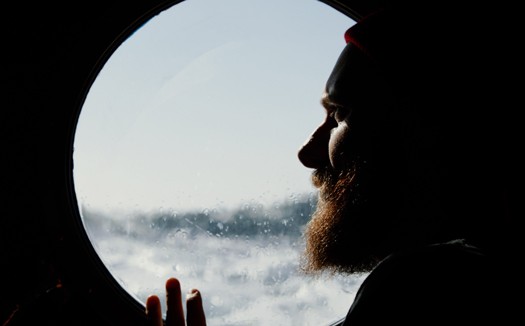 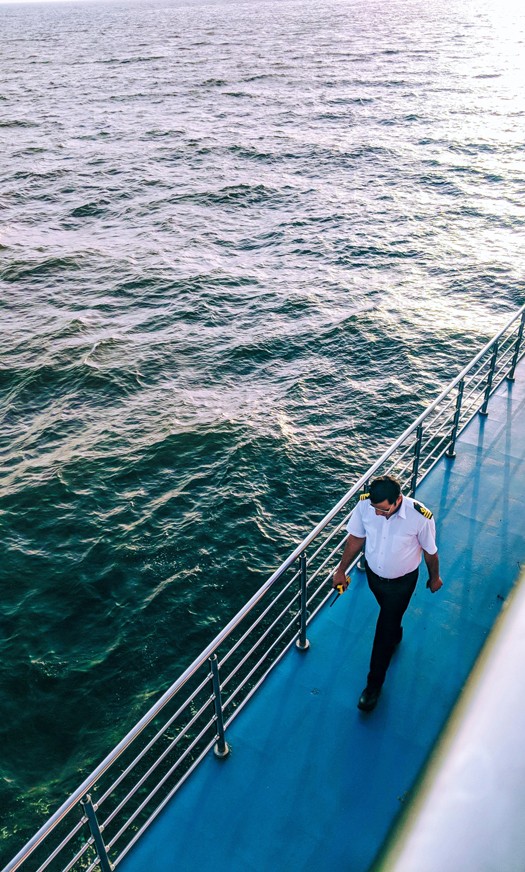 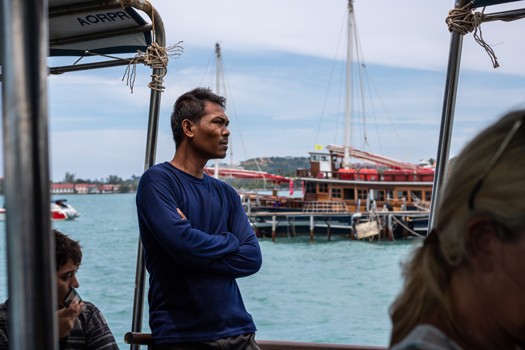 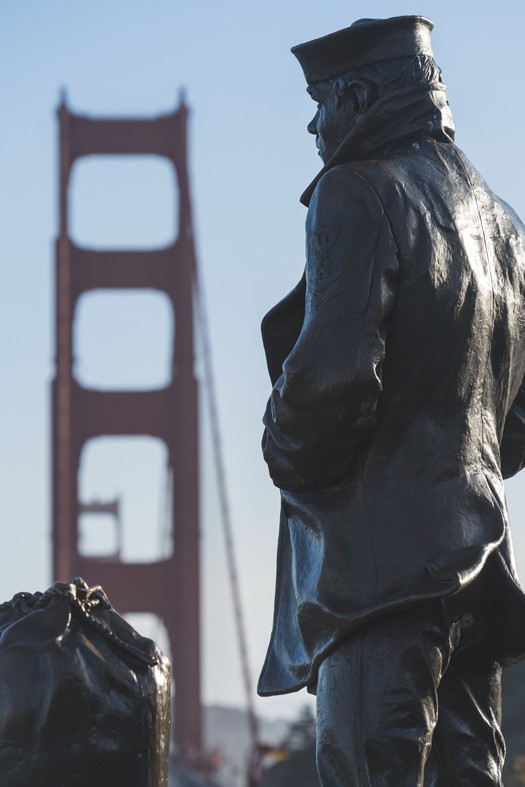 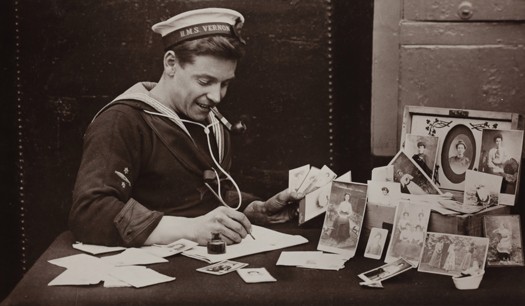