NASA vs the killer asteroids

Sci-fi movies have been warning of Earth-killing asteroids for decades. Now NASA is practising how to push them off course – a technique that could save our planet in the future.

Even by Hollywood standards, the plot of the 1998 disaster movie Armageddon was pretty far-fetched. A group of boisterous oil-rig drillers, led by Bruce Willis, are hired by NASA to fly a Space Shuttle onto a huge asteroid hurtling on a collision course towards Earth. Impact would destroy us all, so Willis and his colleagues force the asteroid off course by heroically exploding a nuclear bomb.

23 years on, and science fiction is very close to science fact. In September 2022 NASA will crash-land a spacecraft into an asteroid in an attempt to alter its trajectory through space. There are certain key differences to the Hollywood movie, of course. NASA’s asteroid is fortunately not hurtling towards Earth. Nor will Bruce Willis be at the helm. This is an unmanned mission, using kinetic impact rather than a nuclear bomb to propel the object off its course. Nevertheless, as NASA stresses, it’s very much a dress rehearsal for a real planet-killing asteroid that might threaten Earth in the future.

This bold NASA mission is called DART (Double Asteroid Redirection Test). The target is a binary asteroid system called 65803 Didymos, comprising one larger asteroid called Didymos (around 780 metres across) and its smaller moonlet called Dimorphos (around 160 metres across). The two bodies orbit the Sun every 770 days, and pass close enough to Earth to qualify as what astronomers call near-Earth objects. In November 2003 the menacing duo passed within 7.2 million kms of Earth; in a hundred years’ time they will pass even closer – within 6 million kms.

All of which makes them perfect for this redirection test. Provided everything goes according to plan, the DART spacecraft – roughly the size of a small car – will take off early during its launch window between late November 2021 and mid-February 2022, most likely aboard a SpaceX Falcon 9 rocket from Vandenberg Air Force Base in California. After separation from the launch vehicle, it will cruise through space before intercepting with Didymos and Dimorphos around late September 2022. Then it will crash-land into the smaller moonlet.

“The DART spacecraft will achieve the kinetic impact deflection by deliberately crashing itself into the moonlet at a speed of approximately 6.6 kms per second,” NASA explains. “The collision will change the speed of the moonlet in its orbit around the main body by a fraction of one per cent, but this will change the orbital period of the moonlet by several minutes – enough to be observed and measured using telescopes on Earth.”

Just before impact, a miniature satellite will eject from DART and fly by the asteroid in order to take photos of the aftermath. NASA says it will be the first demonstration of what they call “the kinetic impactor technique” to change the motion of an asteroid in space.

If the mission works then it’s proof that, in the future, if required, we could alter the course of planet-killing asteroids heading directly for Earth, thereby avoiding mass extinction and saving human civilisation. “This test is a critical step in demonstrating one means to protect our planet from a potential impact,” NASA confirms.

Spinning around our solar system there are millions of asteroids and comets. But it’s what astronomers call near-Earth objects that we need to worry about. These are mainly asteroids, plus a few comets, which pass within 30 million miles (50 million kms) of Earth’s orbit. Over 20,000 have so far been identified.

It’s estimated that, every day, as much as 100 tonnes of extraterrestrial matter falls onto Earth – most of it disintegrating in our atmosphere before reaching the surface. However, objects larger than 30 metres across can cause major damage in and around their impact sites. In 2013 a 17-metre-wide asteroid exploded over the Russian city of Chelyabinsk, damaging buildings, shattering glass and injuring hundreds of people. In 1908 a meteoroid, thought to have exploded in the atmosphere above Siberia, caused 2,150 square kms (830 square miles) of forest to be totally flattened: an estimated 80 million trees. At least three people are thought to have died.

Of course these were mere tickles compared to the huge asteroid or comet that struck the Earth 66 million years ago and caused the extinction of the dinosaurs, plus three-quarters of the planet’s fauna and flora. Scientists estimate this ballistic beast was between 10 and 15 kms wide (six to nine miles), resulting in an impact that ejected so much material into the atmosphere that photosynthesis was halted for many years.

Most near-Earth objects will pass by far enough from our planet not to cause any concern. Scientists get particularly hot under the collar, however, when it comes to what they call “potentially hazardous objects”, or PHOs. These are defined as those which pass within 7.5 million kms (4.7 million miles) of Earth, and measure more than 150 metres across. NASA believes over 150 of these are larger than one km in diameter.

Fortunately they have their best people monitoring them. In California, NASA operates a department called the Center for Near-Earth Object Studies (CNEOS), regularly updating a table called the JPL Sentry System. There is one asteroid that is getting scientists’ collars sweatier than all the others. It’s called 101955 Bennu, it’s 492 metres across, and it has a one in 2,700 chance of striking Earth.

Don't start stocking up on tinned food just yet, though. Experts at CNEOS have calculated that any potential impact would occur sometime between the years 2175 and 2199. And a one in 2,700 chance means it’s 99.963 per cent probable it won’t strike Earth.

In October 2020, NASA’s OSIRIS-Rex spacecraft touched down on Bennu and collected some samples. It’s due to return these to Earth in September 2023. One of the mission’s objectives is to analyse these materials in order to “improve our understanding of asteroids that could impact Earth”.

A year before that, the DART spacecraft will crash-land into Dimorphos and, hopefully, prove that we can propel these objects off their normal orbits. Even so, NASA admits that when it comes to rogue asteroids, nuclear explosion is still an option.

“Nuclear explosive device methods are considered the last resort when it comes to near-Earth object deflection, though they may be the most effective for preventing a cataclysmic event,” they state. “When warning time is short or the asteroid is large, deploying a nuclear device is the most effective option.”

They explain how a nuclear device would most likely be detonated a few hundred metres above the surface of the asteroid, vaporising material on the surface, and creating momentum which would “push the asteroid onto a new trajectory”.

Suddenly, Bruce Willis doesn't sound so far-fetched after all. 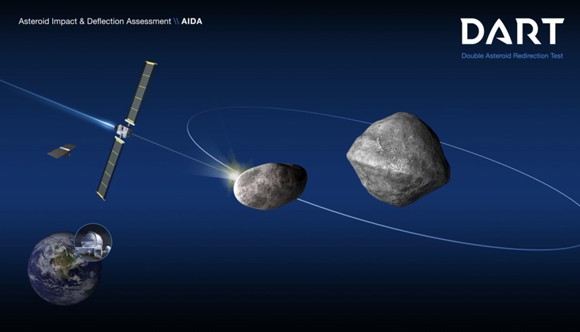 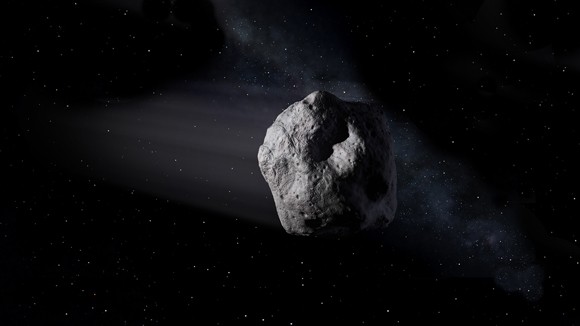 An artist’s illustration of an asteroid in space. Image Credit: NASA 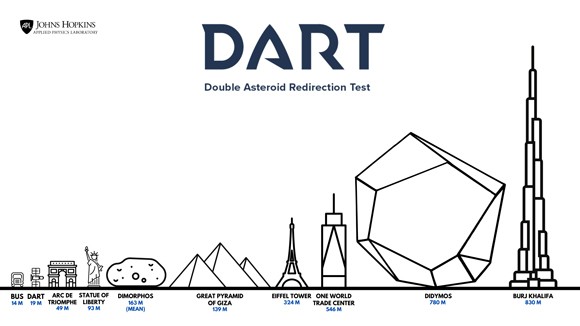 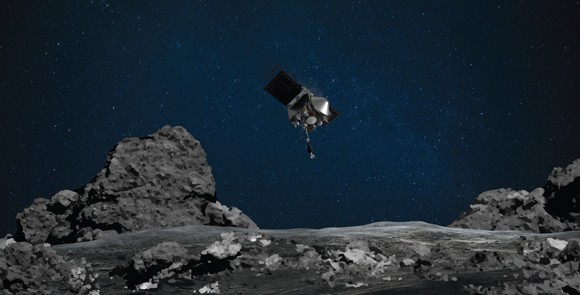 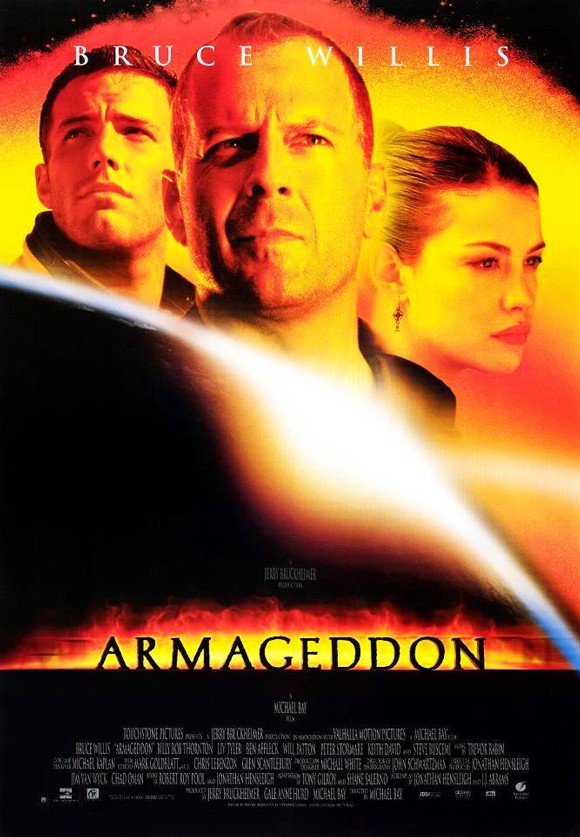