China and Japan are locked in a race to build the world’s fastest train. Last year, Japan announced a 375mph (600kph) bullet train due to enter service in 2027. Now China has revealed an even speedier train that could one day reach close to 500mph (800kph) –  faster even than some jet planes.

The vehicles use magnetic levitation – or maglev – with strong magnets hovering inches above the track, thereby reducing friction. Certain maglev technology requires wheels when leaving and entering stations. China claims its new trains will instead use a superconducting magnetic track, with no need for either wheels or drivers.

China’s state-owned rolling stock manufacturer CRRC, which is funding the project, claims it will start production of the new trains later this year. 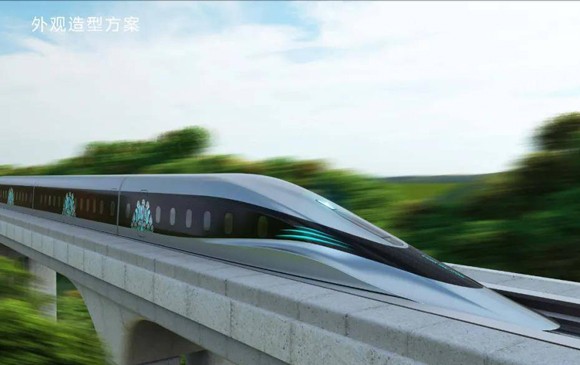 The first ever space-aged bottles of wine have returned to Earth after a year in orbit. The 12 bottles of French Bordeaux wine will now be tasted by experts keen to discover how microgravity affects the flavour.

Space Cargo Unlimited, the European company behind the mission, believes wine enthusiasts would pay a premium for its space-aged vintage – provided, of course, they taste better than their terrestrial equivalent.

The company also sent 320 merlot and cabernet sauvignon vines into space to determine if microgravity makes plants more resilient. If it does, these out-of-this-world vines could grow even faster back on Earth, helping wine producers boost future grape harvests. 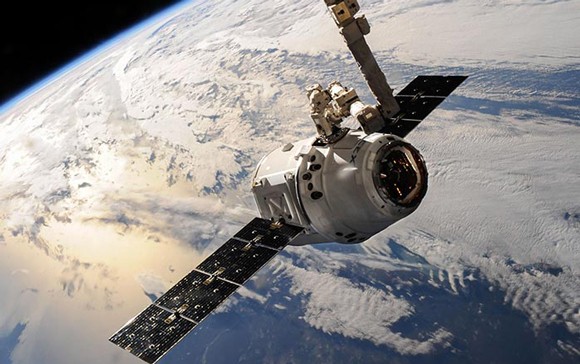 Saudi Arabia has unveiled plans for a 100 mile-long (160kms) linear city with no cars, no streets and no carbon emissions. Called The Line, it will, according to the Saudi government, house a million residents by 2030.

Crown Prince Mohammed bin Salman says the US$100 billion project will eventually stretch from the Red Sea to the Tabuk Province of northwestern Saudi Arabia, and that transportation needs will be met by an ultra-high-speed underground train. An end-to-end trip along The Line could take as little as 20 minutes.

The design might be unconventional, but it’s all part of Saudi Arabia’s grand plan to switch their economic focus from oil to business and tourism. Construction is due to start this year. 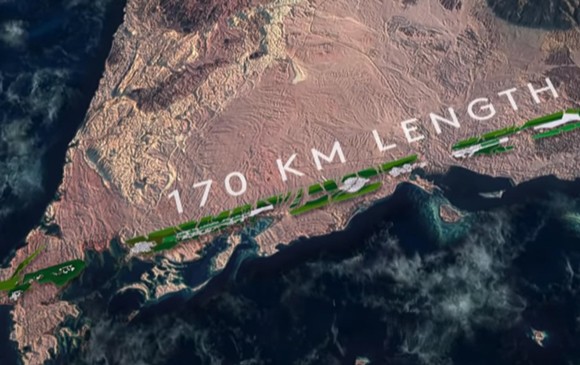 Many of us already use smartphones to switch on lights, unlock vehicles and remotely answer doorbells. In the future, we could also use them to charter boats.

The idea is that even inexperienced sailors could charter the Drakkar S for a few days, without the need for a human crew. Guests would simply show up with supplies, choose a destination on their phone and sit back as the yacht automatically charts its own course. 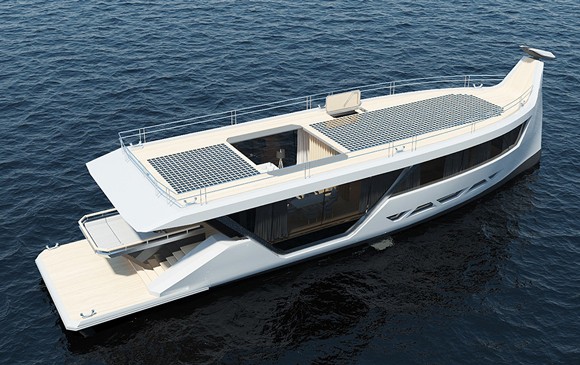 US manufacturer General Motors has invested $800 million in a cargo company that will use electric vehicles to deliver everything from parcels to pallets. Initially BrightDrop will employ electric delivery vans, called EV600s, with a range of 250 miles (400kms). It also plans to use robots, called BrightDrop EP1s, to cover the last mile of delivery journeys. These lockable boxes on wheels, powered by electric motors, will roll along at walking pace, helping couriers deliver “up to 25 per cent more packages per day”. General Motors says both vans and robots will be available to order in early 2022. 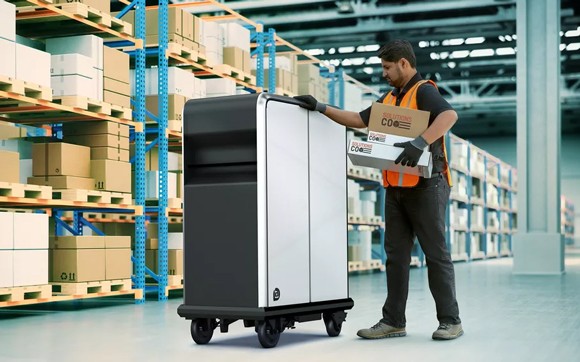 Hydro-electric power plants, which convert moving water into energy, supply huge amounts of electricity. But they’re expensive to build and can be lethal for fish. Could a new turbine design, backed by Microsoft founder Bill Gates, prove more efficient and fish-friendly?

Gates has invested in California-based Natel Energy. The company’s mini turbines are cheap to install because they require much less steel and cement. They also use blades that don't damage fish, negating the need for fine fish screens, thereby increasing water flow and boosting efficiency. Since they’re fish-friendly, there’s no need to clear away the debris of dead fish.

Natel Energy began operating its first power plant in the US state of Maine in 2019, producing enough electricity to power 30 homes. It’s currently building a second plant in Virginia, and has approval to start a third in Oregon. 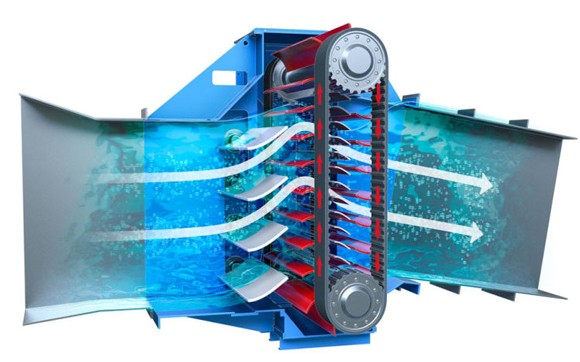 The famously gas-guzzling Hummer – a four-wheel drive vehicle originally developed for use by the US military – has been reinvented as an electric car. The Hummer EV Edition One is billed as “an electric super-truck with a 350-mile range” and will offer a total power output of 1,000hp. It’s even capable of driving sideways in what’s called “crab mode’.

Despite the imposing size, Hummer claims its latest creation will zip from zero to 60mph (97kph) in just three seconds. Sales are due to begin in the US in late 2021. The price is something of an electric shock, though, at $112,595. 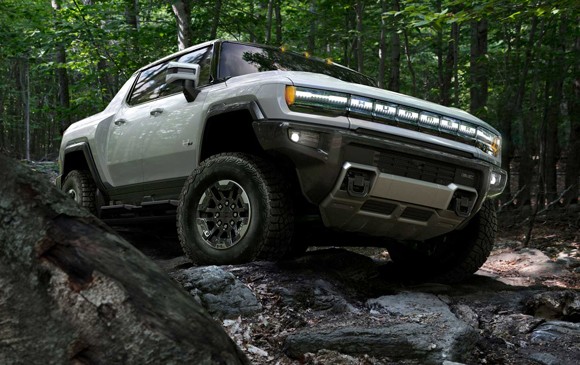 May The Forest Be With You

Japan’s Kyoto University and logging company Sumitomo Forestry have joined forces to build the world’s first satellite made of wood. The aim? To reduce space junk such as dead satellites and used rocket boosters.

“We are very concerned that all the satellites which re-enter the Earth’s atmosphere burn and create tiny alumina particles which will float in the upper atmosphere for many years,” explains Kyoto University professor Takao Doi.

The team claims their wooden satellites – named LignoSats – would simply incinerate in a burst of flames when passing back through the Earth’s atmosphere.

There are over 6,000 satellites orbiting Earth and that number is expected to increase drastically over the next decade as companies scramble to beam super-fast internet to every corner of the globe. According to Professor Doi, the first eco-friendly satellite will be ready for launch in 2023. 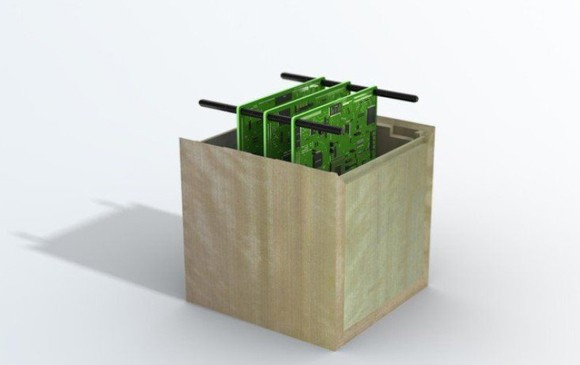