A zero-emissions electric cargo tanker will soon be in operation in Tokyo Bay, home to some of Japan’s biggest ports. The 62-metre vessel is currently being developed by a consortium of shipping and technology firms known as the e5 Project. It will enter service in 2022, initially delivering fuel to other vessels in Tokyo Bay.

The ship has another, perhaps more important purpose: providing electricity to emergency services in the event of a severe disaster. While Tokyo Bay is generally considered safe, the Japanese tsunami of 2011 devastated much of the Tokyo coast, leaving it without power. 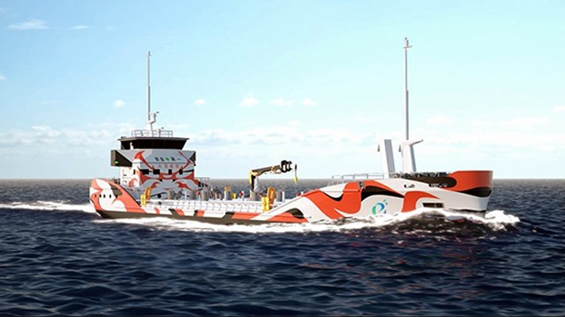 The Covid-19 lockdown has had us all hankering for international travel. So here’s a holiday destination for the really adventurous: in 2025 construction will start on the world’s first space hotel – a space station in low Earth orbit called Voyager Station. According to the developers, The Gateway Foundation, it will offer “artificial gravity and luxury” along with cruise-ship style restaurants and en-suite rooms boasting starry views.

The Gateway Foundation, which aims to “develop a space construction industry”, says its hotel design features a giant ring, gently rotating as guests enjoy gravity equivalent to one sixth of the Earth’s. The 50,000-square-metre facility will be built by Orbital Assembly Corporation. First they will assemble the ring structure (200 metres in diameter) and then the 24 habitation modules which will be fixed to it. Inside these modules will be gyms, bars, restaurants, scientific research centres and crew quarters. Rooms will be offered by the week, by the month or for even longer. 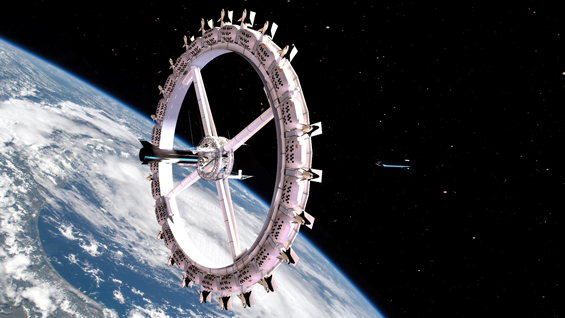 Human waste could soon be used to heat new homes in London. Thames Water, which supplies water to most of the UK capital, plans to build a high-tech sewage treatment plant that will convert human waste into warmth. Located in Richmond, to the southwest of the city, the planned facility will recover excess heat from sewage before piping it to a nearby housing estate. If all goes to plan, the joint venture between Thames Water and Kingston Council will supply up to seven gigawatt hours of heat  – enough to power 2,000 homes.

“Renewable heat from our sewer network is a fantastic resource, so it’s vital we are a leading player in energy transition,” said Sarah Bentley, Thames Water’s CEO.

The idea of using sewage as a power source is not new. In March 2021, a team of researchers led by the US National Renewable Energy Laboratory revealed a new way to convert human waste into paraffin – a combustible hydrocarbon that can be used to make jet fuel. 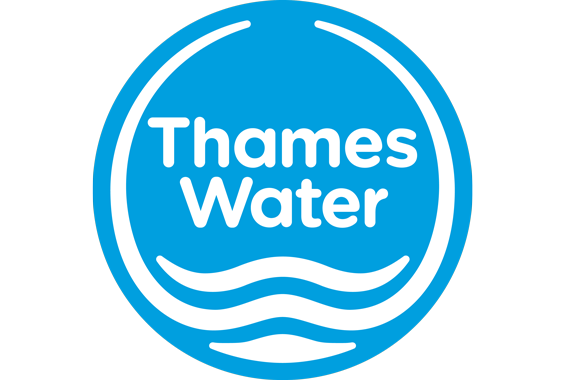 Is this the future of aerial combat? A new combat drone called the Boeing Loyal Wingman has taken to the skies of Australia for the first time. At 12 metres in length, it is not much smaller than a traditional jet fighter. Only this aeroplane is guided by artificial intelligence rather than a human pilot.

Designed for especially dangerous missions, the autonomous craft can travel up to 3,700 kilometres (2,300 miles) and is expected to play a major role in the rapidly dawning age of cyber warfare and lethal robot weaponry.

“This is a truly historic moment for our country and for Australian defense innovation,” said Australian prime minister Scott Morrison. “The Loyal Wingman will be pivotal to exploring the critical capabilities our air force needs to protect our nation and its allies into the future.”

The Royal Australian Air Force hopes to acquire three of these drones. Across the other side of the planet, Britain’s Royal Air Force is also planning to purchase a number of the craft, bringing them into service by 2030. 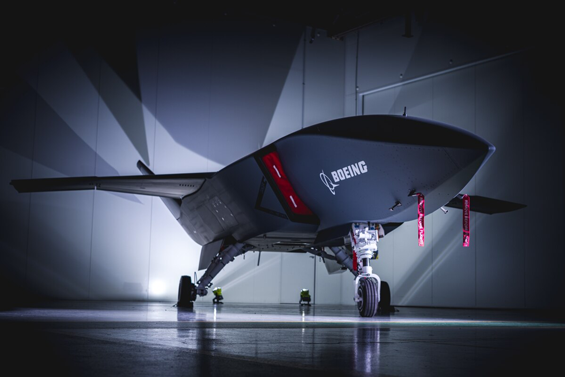 Thousands of British patients will soon be routinely swallowing a tiny camera hidden inside a pill. The vitamin-sized PillCam, manufactured by American company Medtronic and measuring just 23mm long, can be used to detect signs of bowel cancer. It’s much faster than the current method which involves poking long, tubular cameras down patients’ throats.

The UK’s National Health Service plans to trial the PillCam on 11,000 patients at 40 different sites across the country. Once swallowed, the pill takes 14 images per second as it travels through the oesophagus, stomach and intestines. The images are transmitted to computer screens, allowing medical teams to spot previously hidden illnesses. Once the capsule has passed through the patient, it can be sterilised and used again. 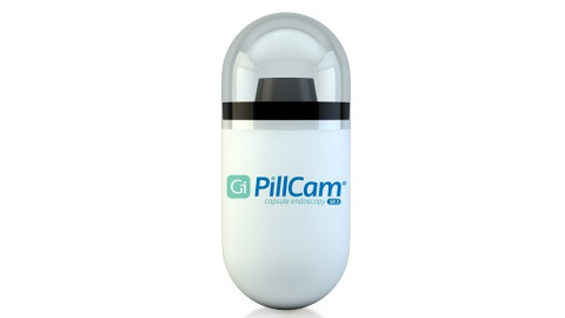 The manufacturers claim it’s “North America’s first fully operational heavy-duty automated transit bus”. Called the Xcelsior AV, this zero-emission passenger vehicle is powered by electric batteries. In the industry it’s categorised as level 4, meaning it can be trusted to steer around pedestrians, other vehicles and unpredictable obstructions in the road with no human intervention.

The developers, a Minnesota-based company called New Flyer, say it can handle any weather or traffic conditions thanks to its laser-based radar system which creates a stunningly accurate 360-degree, 3D map of the bus’s surroundings, allowing the vehicle to track moving obstacles in real-time.

A fleet of the 12.5-metre-long autonomous shuttles have already entered service with the Connecticut Department of Transportation, which is ferrying passengers along a 20-km route in the northeastern state. 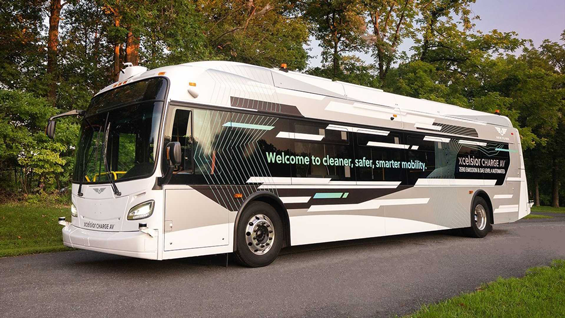 Scientists in South Korea have invented an invisible solar panel that looks just like a window. Current solar panels are not transparent, which means they can only be used on solar farms or on the roofs of buildings. This new technology, however, developed at South Korea’s Incheon National University, can apparently be used on windows, glass doors and even smartphone screens.

Solar power is becoming an increasingly popular source of clean energy across Asia. South Korean carmaker Hyundai says the solar panels on the roof of its latest electric car, the Ioniq 5, can add up to 2,000km (1,250 miles) per year of additional range if driven in sunny conditions. 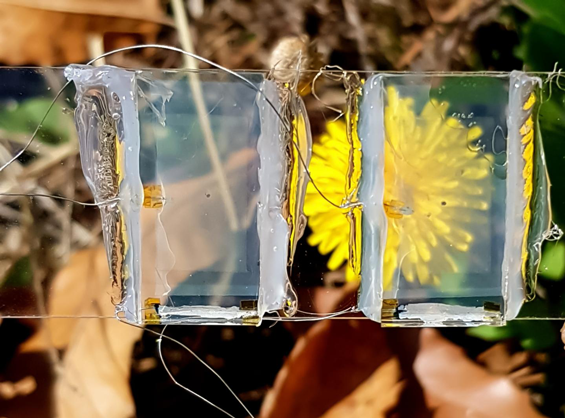 According to the United Nations, the world’s population is expected to grow by two billion by 2050. With so many more mouths to feed, we may need to start growing food indoors.

This is where the Bace Rotofarm comes in. This indoor vegetable farm, designed by Australian inventor Toby Farmer, uses a hydroponic growing system whereby plants are fed with nutrients, light and water – all without the need for soil. Herbs and leafy greens can all be grown inside.

There is 1.6 metres of growing area wrapped around the wheel, which slowly rotates every 46 minutes about an LED lamp. This allows the plants to spend time hanging upside down. According to NASA research on the International Space Station, this can accelerate plant growth.

Bace claims the system uses 95 per cent less water than if the crops were grown in soil, and that kitchen gardeners need spend no more than five minutes a week looking after their crops.

Following a successful crowd-funding campaign, the Rotofarm is now at the prototype stage and could be available to buy as soon as 2022. 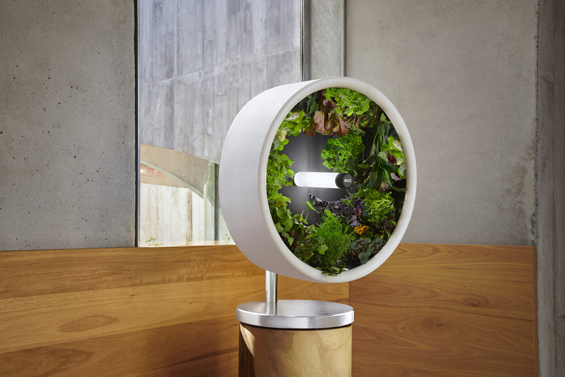