Sweden's capital Stockholm plans to replace its fleet of diesel passenger ferries with super-fast electric versions in 2023. The new models – Candela P-30s – will fly just inches above the waves on computer-stabilised hydrofoils, without creating wake, noise or carbon dioxide emissions – all at a top speed of 30 knots. “The world’s fastest all-electric passenger ship,” claim the manufacturers.

More importantly, the hydrofoils drastically reduce the vessel’s energy consumption to around 3kWh per nautical mile. That’s comparable to that of a modern electric-hybrid bus, meaning the P-30 can run at 20 knots for around three hours per charge.

“Today, most of our waterways are unused for mass transit, even though most highways are congested during rush-hour traffic,” says Gustav Hasselskog, the founder of Candela. “Opening up urban waterways for high-speed electric transport can revolutionise commuting in cities.”

These flying ferries will eventually replace Stockholm’s ageing fleet of 60 diesel boats that currently transport local commuters and tourists around the myriad islands in the Stockholm archipelago. 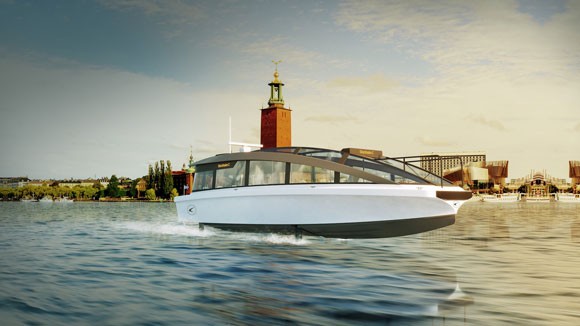 Microsoft is set to deliver more than 120,000 pairs of augmented-reality goggles to the US Army. The deal, thought to be worth more than $21 billion over ten years, makes the personal computer giant a prominent military hardware supplier.

Augmented reality differs from virtual reality in that it adds layers of 3D graphics on top of the user’s view of the real world. This makes it the perfect technology for combat simulations and intelligence sharing during live battle.

The headset – or Integrated Visual Augmentation System, to give it its official title – is expected to be a lightweight version of the commercially available Microsoft HoloLens 2, already used by NASA engineers to share data when assembling spacecraft.

The move has caused some controversy, but Microsoft says that equipping soldiers with futuristic battle goggles will ensure they are “safer and more effective”. 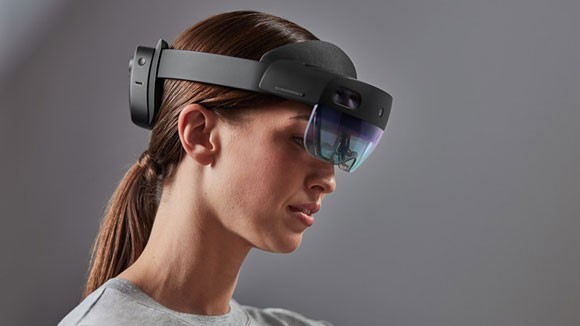 Fill up on ocean energy

An electric-vehicle charging point powered by tidal energy? It sounds too good to be true, but this UK-first is already up and running at Cullivoe harbour on the island of Yell, in the Shetlands, the British Isles’ northernmost island group.

The facility gets its energy from the Shetland tidal array, a four-turbine installation in Bluemull Sound, run by Nova Innovation, which has been powering homes and businesses in the Shetlands for a few years now.

The Scottish government hopes to introduce many more tidal charging points ahead of 2032, when sales of new vehicles that run solely on petrol and diesel will be phased out. “Our technology generates electricity from the immense power of the seas, and it is changing the way we power our lives – from how we make a cup of tea to how we travel,” commented the CEO of Nova Innovation, Simon Forrest. 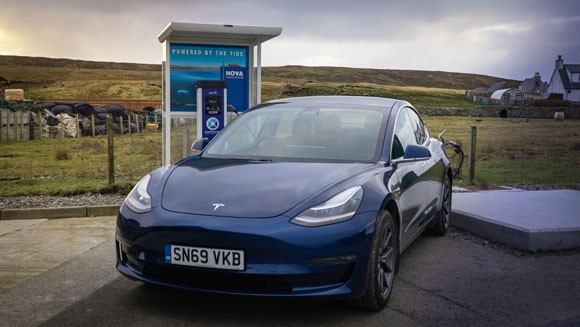 A small Arab nation has proved that building a space agency from scratch needn’t be rocket science. In just six years, the United Arab Emirates has already sent a space probe to Mars and selected its first female astronaut. Mechanical engineer Nora Al Matrooshi was chosen from a pool of over 4,000 candidates and is due to train at NASA in 2021.

The UAE’s swift progress has surprised some, but the programme is as much about the country’s economy as it is about science. Back in 2014 the oil-rich Gulf state found itself at a crossroads: continue to rely on revenue from fossil fuels, or diversify and become a technology and tourism superpower. It then allocated US$5 billion to a team of 45 young, enthusiastic engineers, charged with snapping at the heels of Boeing and SpaceX.

Six years on and the UAE is becoming a major player in the commercial space economy, with hopes to establish a research centre on Mars by the year 2100. 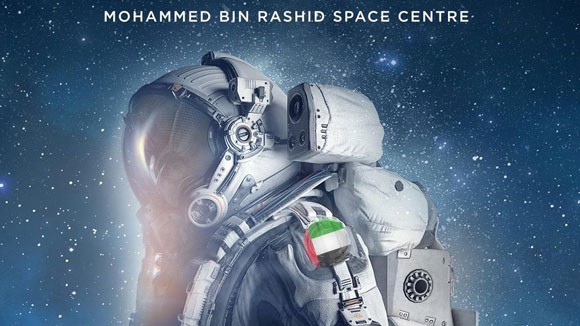 The race to the bottom

The switch to electric vehicles could one day depend on deep-sea mining. The seafloor is thought to be the world’s largest untapped source of rare earth materials, needed to make the batteries for electric cars.

Nickel, cobalt, manganese and copper are all commonly found in rock concretions on the seabed known as polymetallic nodules, often as deep down as 4,000 metres. Currently there are three companies racing to harvest these metals: DeepGreen, a privately held Canadian company; UK Seabed Resources, a subsidiary of Lockheed Martin UK; and Belgium-based Global Sea Mineral Resources.

The possible trillion-dollar bonanza is the source of much controversy, though. Scientists warn that large-scale deep-sea mining could destroy delicate ecosystems and cripple the ocean’s ability to soak up carbon emissions. 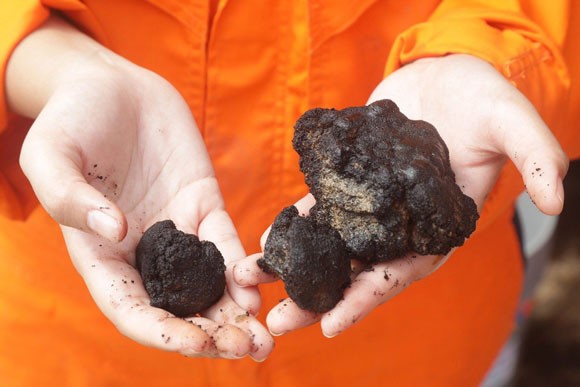 US Air Force’s next fighter

Last year, the US Air Force claimed it had designed, built and test-flown a brand new fighter jet, all within just one year. The aircraft is part of a programme called Next Generation Air Dominance, which aims eventually to replace the current Lockheed Martin F-22 Raptor fighter with a mix of traditional fighter jets and autonomous drones.

All very impressive, but what does this secretive prototype look like? Not surprisingly, the Americans are remaining tight-lipped. However, concept art released in honour of the US Air Force’s 73rd birthday shows a mysterious triangular fighter with two engines, a bubble canopy cockpit, and two revolutionary vertical stabilisers that can fold flat into its wings. Could this be the new fighter?

There are even rumours it might feature laser-powered weapons.

In a possible game-changer for the environment, an Indian company is turning polluted air into eco-friendly building materials. Mumbai-based Carbon Craft Design is a technology start-up founded in 2019 with the intention of curbing air pollution. It collects carbon pollution – chimney soot, essentially – expelled by factories and processes it into strong, lightweight tiles that can be used to build everything from homes to hospitals.

The company claims the process reduces air pollution by 30,000 litres of carbon for each tile made and provides employment to local artisans. “When we realised that 39 per cent of energy-related carbon emissions are due to the building and infrastructure industry, it made sense to look at air pollution as a larger issue,” notes company founder Tejas Sidnal. 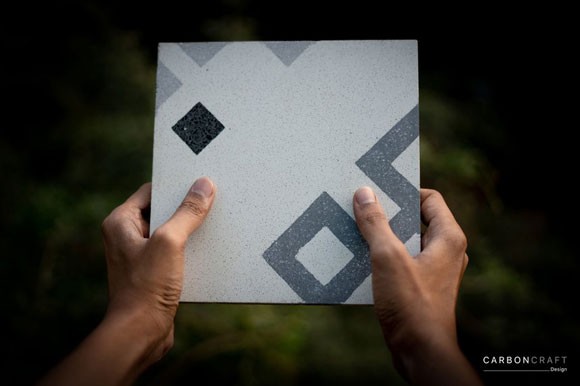 Thanks to the meteoric growth of online shopping, which has increased further during the pandemic, last-mile deliveries are expected to grow by up to 80 per cent before the end of the decade – according to some analysts. To meet this demand, Israeli self-driving technology company Mobileye (part of the Intel Corporation), is proposing a radical solution: the Jerusalem-based firm plans to deploy its first fleet of a thousand small, electric, cabin-less vans – called Transporters – by 2023. Completely driverless, these vans will use 13 cameras and artificial intelligence to navigate city streets.

“This is a real commercial deployment… for automated goods delivery,” said Jack Weast at Mobileye who plans eventually to produce up to 35,000 vans in all. 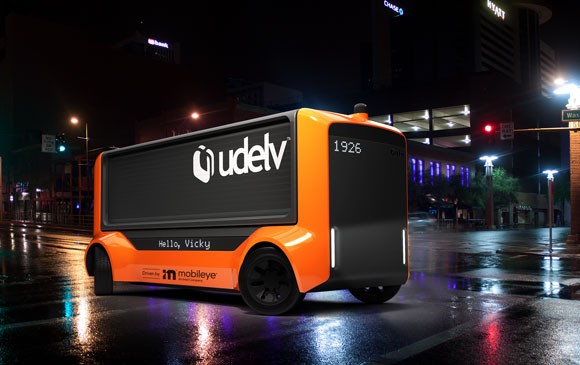