The huge metropolis of London has relied on its railway infrastructure for two centuries. Now a new book analyses both the historical and the future significance of its mainline railway stations.

Waterloo, Victoria, King's Cross, Paddington, Marylebone, Charing Cross... London boasts more mainline railway stations than any other city in the world. And since they were all first constructed during the Victorian era, at the height of the Industrial Revolution, they are adorned by some beautiful and intricate period architectural features.

The logistical and socio-economic importance of these stations, especially during London's golden century of rail transport from the 1830s to the Second World War, should not be underestimated. Now they are presented in all their glory in a stunning new book, written by Oliver Green, with photography by Benjamin Graham.

The first of London's mainline stations were constructed in the 1830s, starting with London Bridge in 1836, and Euston a year later. The last, Marylebone, came in 1899.

By the start of the 20th century, the railway infrastructure was wide-ranging, with stations, tracks, bridges, depots and goods yards covering vast swathes of Britain's capital city.

“The world's largest city had come to depend on its railway links to function,” Green writes. “London’s food and coal supplies were brought in by train. Its manufactured and imported goods were distributed by rail. National newspapers and the Royal Mail went by train. Thousands of Londoners were directly employed by the railway companies and many more, such as cab and delivery drivers and hotel staff, depended on them for much of their work. The social and economic impact of the railways on the great metropolis was huge and unprecedented.”

As the population of London and its commuter towns grew throughout the 20th century, so did rail passenger numbers. As Green explains, in 1903 there were nearly 300 million passenger journeys through the capital's rail terminals every year. A century later, that number had increased to over 400 million. By then, however, freight and parcel traffic had all but disappeared. The railway goods yards and depots that once sprawled north of King's Cross, and next to Stratford, for example, have since been converted into offices, housing, retail and leisure, including the 2012 Olympic Park.

Now, in the wake of the global pandemic, railway passenger usage is changing once again. “Regular five-days-a-week commuting by train stopped suddenly with the national health emergency in 2020 and it may never return to the old pattern for many former London office staff, who have now adapted to at least partial home working,” Green writes.

There are also new infrastructure developments afoot. The next major project will be in London's western suburbs, around Old Oak Common, where an interchange for Britain's new high-speed rail link from London to the north of England, HS2, will be constructed. A new terminus for HS2 is being built next to Euston station.

But what of the long-term future? Green is confident passenger numbers will recover as the pandemic fizzles out, but he suggests patterns of travel will change, “perhaps with a spread beyond the traditional rush hour peaks”. He recognises that home working will continue in some capacity, necessitating more flexible season ticketing. 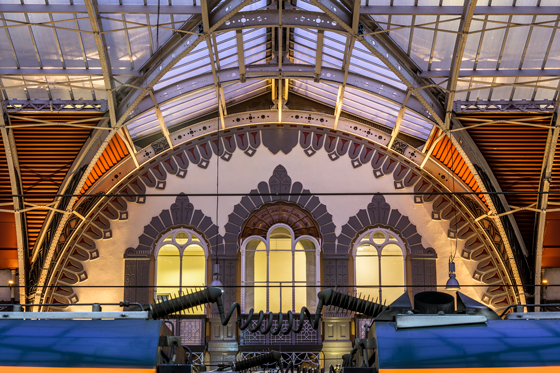 Paddington’s Wyatt window. While the great engineer Isambard Kingdom Brunel designed Paddington station, it was architect Matthew Digby Watt who designed many of the decorative details, including this 1854 Moorish window overlooking platform 1. [Photo by Benjamin Graham] 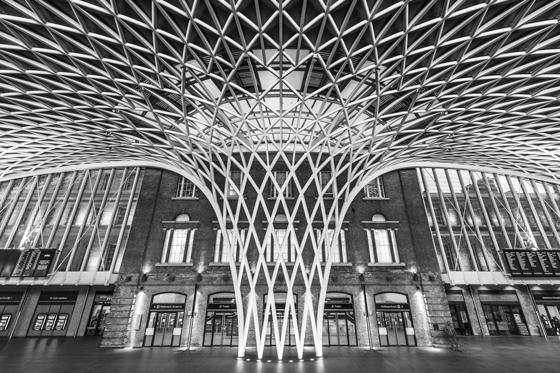 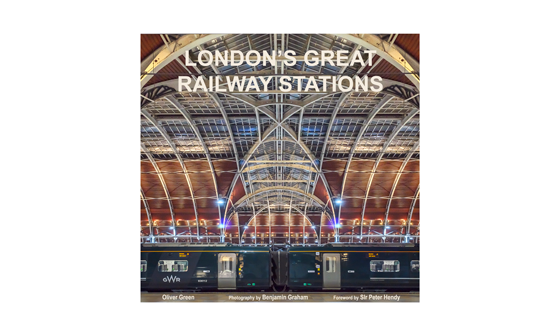 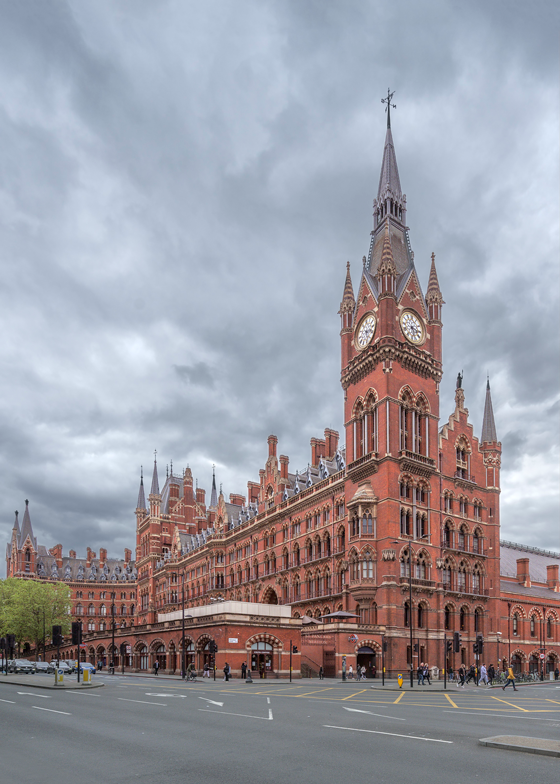 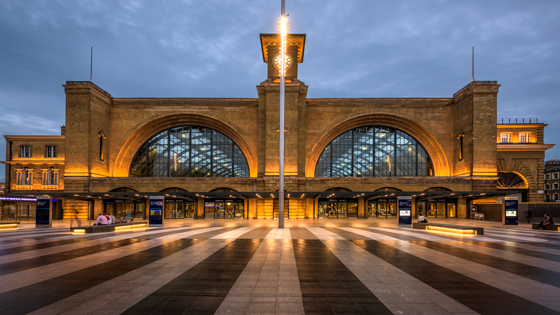 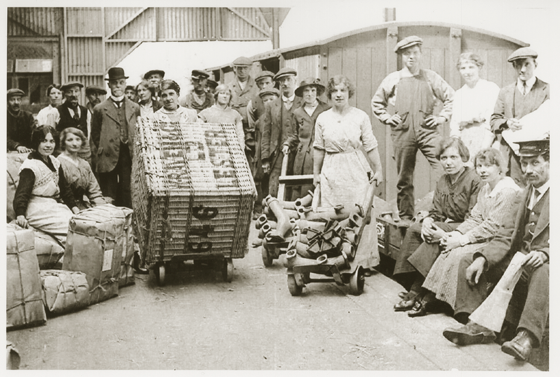 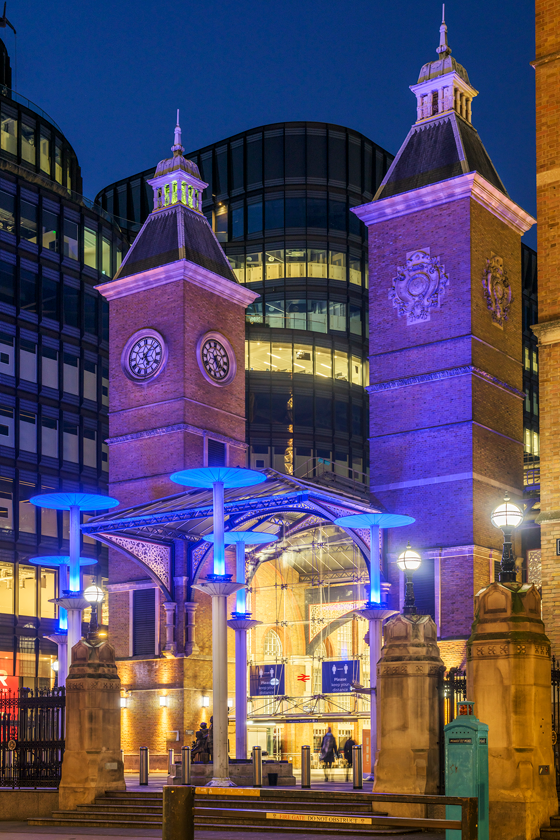 Liverpool Street entrance. Built in the 1980s, the twin towers at the entrance to Liverpool Street station have something of a Victorian feel to them. Behind them is the Broadgate Centre. [Photo by Benjamin Graham]

Banner image credit Benjamin Graham: Waterloo London and South Western Railway window
This beautifully decorated window stands proud above the former taxi-cab entrance at Waterloo. It is now visible close up for the first time from the balcony that stretches around the station concourse.