A new self-driving tractor, controlled via a smartphone, has just been launched in North America. Is this the start of an agricultural revolution?

Farmers have been using tractors to plough or till the soil since the middle of the 19th century. But for how much longer? John Deere, one of the world’s leading manufacturers of agricultural machinery, has just launched what it claims is the world’s first fully autonomous tractor – the 8R410. The machine is currently being tested in North America, with a small number of vehicles available to buy in late 2022.

Featuring a GPS guidance system, it has six stereo cameras mounted on the exterior, enabling the machine to detect obstacles and calculate distances with precision. “Images captured by the cameras are passed through a deep neural network that classifies each pixel in approximately 100 milliseconds,” the company explains. “It determines if the machine continues to move or stops, depending on if an obstacle is detected.”

The GPS guidance, meanwhile, ensures the tractor drives exactly where it should on the farm, “within less than an inch (2.5cms) of accuracy,” according to the manufacturer. Farmers are able to configure the tractor for autonomous operation, using a smartphone to access live video, data and metrics, and adjust speed and direction. “While the machine is working, the farmer can leave the field to focus on other tasks, while monitoring the machine’s status from their mobile device,” the manufacturer adds.

One man at the forefront of this new agricultural technology is Doug Nimz, a corn and soya bean farmer from Blue Earth, Minnesota, USA. He was one of the first farmers anywhere in the world to trial the vehicle.

“I really never thought I would see an autonomous tractor in my farming career,” he said. “For me, it was really exciting the first time I got to take the tractor to the field, swipe my phone, and watch the tractor start and do the tillage just as well as I can do myself, with no one in the cab.”

Nimz, whose farm covers around 800 hectares (2,000 acres), says the vehicle will make his working life far easier. “The nice thing about it is I can go back to my harvester while the autonomous tractor tills the field,” he added. “So it allows me to do two jobs at the same time. Autonomy – it’s going to be a life-changer for me.”

Across much of the United States, labour shortage – caused by rural flight, strict immigration policies, and a decline in interest among younger generations – is having a detrimental effect on the agriculture industry. John Deere points out how its new tractor could help alleviate this. “The tractors can run around the clock with short refuelling stops, thus significantly relieving farmers,” it adds.

Based in the state of Illinois, and first set up in 1837, the company claims to be the first manufacturer to bring autonomous tractors to the market. However, several other companies are working on similar technology, including Case IH and Autonomous Tractor Corporation in the United States, and Fendt in Germany.

Although the 8R410 won’t be available in the European Union, due to strict regulations on autonomous vehicles, John Deere claims it has had “great interest in the technology”, especially in regions with large-scale agriculture, such as the Americas, Australia, Eastern Europe and Central Asia.

Deanna Kovar is in charge of agricultural product strategy at the company. In January 2022, she unveiled the new tractor at a consumer electronics show in Las Vegas. “Autonomy isn’t a convenience on the farm, it’s a necessity, to get the jobs done today and into the future,” she said. “I still get goose-bumps every time I think about how we’re going to revolutionise agriculture through autonomy.” 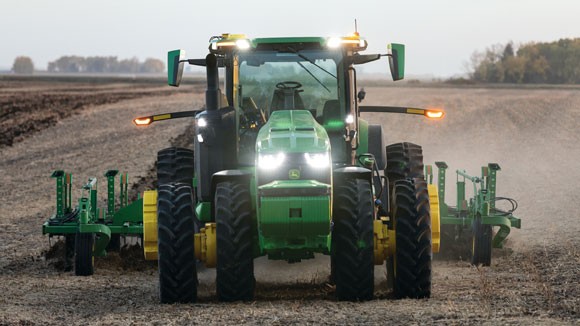 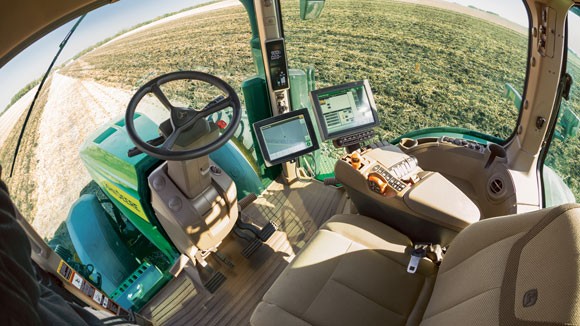 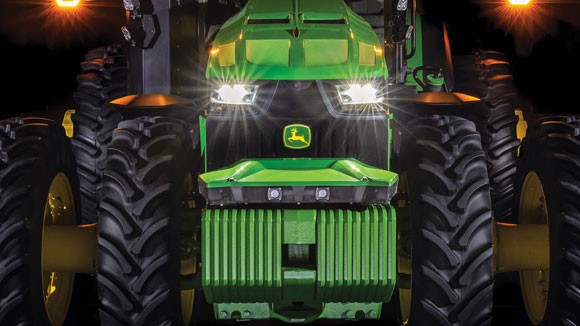