The next generation of solar panels

A new type of solar panel – lighter, more efficient and easier to manufacture – threatens to disrupt the renewable energy industry.

One day – in the not too distant future – there will be solar panels all over the place. Not just on roofs like we have today, but on walls, on fences, on cars, on trains, on aeroplanes, on our clothes, on just about every surface you can think of.

It’s all thanks to a compound mineral called perovskite. Unlike traditional silicon-based solar photovoltaic panels – the type you find on most building roofs worldwide right now – which are bulky and heavy, perovskite solar panels are lightweight and easy to manufacture. In fact they’re not really panels at all: they can be printed in a similar way to paper, making them very thin and very flexible.

But best of all, they can be far more energy-efficient than their silicon-based equivalents. A team of researchers at Cornell University, in New York State, has been analysing the environmental impact of both types of solar panels, and also the amount of time it takes for each type to generate the same amount of energy needed to manufacture them in the first place – a measure known as energy payback time. 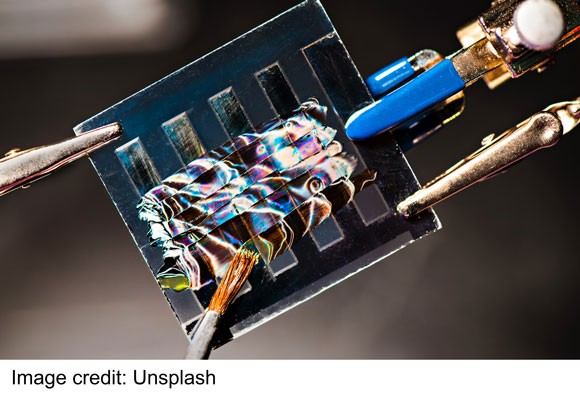 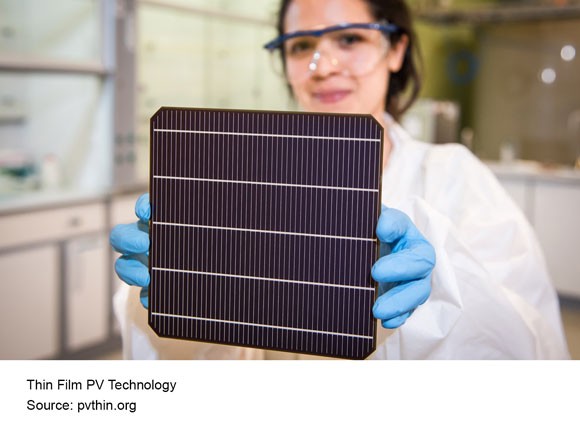 For the panels made entirely of perovskite, this energy payback time was just over four months, while for the silicon-based panels it was over a year and a half. The greenhouse gas emissions for perovskite were only 43 per cent those of silicon since far less heat and pressure is required to manufacture them.

There are two types of perovskite solar cells – all-perovskite and perovskite-silicon hybrids. The former are the most efficient and environmentally-friendly.

The other advantage is that perovskite panels are easier to recycle, since they are so much less bulky. Although they don’t last as long as silicon panels – many of which were installed in the 1980s and are still outliving their predicted lifespans – they require much less effort and energy to recover and re-use the constituent parts.

Heading up the research at Cornell University is Fengqi You, a professor in energy systems engineering. He told Chart magazine that there are still technological advances needed before perovskite can be used commercially for solar panels, and that it will be several years before everyone switches from silicon to perovskite. “It could take one or two decades before we see this technology everywhere,” he said. He believes that perovskite-silicon hybrids will first be adopted but that eventually all-perovskite will prevail.

Although perovskite materials have been studied since the early 1800s, as a solar-cell technology they were first invented in 2009 by Japanese engineer Tsutomu Miyasaka. Initially, however, the cells were stable for only a few minutes in a laboratory.

Technology has increased vastly since then. Now several start-up companies around the world are investigating ways to scale up these types of solar cells commercially. Oxford PV, in Oxford, UK, is one of the largest. In Hangzhou, China, a company called Microquanta Semiconductor claims to be preparing for mass production. And in the United States there is Hunt Perovskite Technologies (in Texas), Energy Materials Corporation (in New York State) and Swift Solar (in Colorado).

Founded in 2017, the latter are currently at the prototype stage and intend to begin commercial production of perovskite solar cells within the next two years.

Their focus will be on all-perovskite tandem cells, made by stacking individual metal halide perovskite solar cells together. “They can be manufactured at low cost, and can be integrated into ultra-lightweight and flexible solar panels with up to 100 times the power-to-weight performance of conventional panels,” the company claims.

Joel Jean is CEO and one of the company’s co-founders. He told Chart he sees Swift Solar’s new cells initially being used on aircraft and electric vehicles, “where performance and weight and form are important criteria”.

He believes the new technology will eventually prove to be the cheapest form of solar electricity available. “It's very difficult to say when that will happen,” he adds. “It certainly will not be in the next five years, so we should keep deploying as much silicon photovoltaics as possible while continuing to develop perovskites.”

Another of the company’s co-founders, Sam Stranks, stresses how perovskite solar panels will be aesthetically much more pleasing that the current generation of silicon-based panels. “We can create perovskite cells that are colourful, opaque or partly transparent,” he said when presenting his technology to the public. “This means we can make beautiful buildings in which the solar panels are an integral part of the design rather than something that needs to be disguised. Imagine a skyscraper with colourful perovskite-tinted windows that shade the interior from hot sunlight by converting it to electricity; reducing the cooling bill while also providing power.”

Being so much lighter than silicon-based cells, perovskites will also be easier to deploy in more remote regions of the planet. “An idea would be to roll off these cheap solar sheets, and fill a truck with them to be used in remote communities,” he adds. “The sheets could be hung on a clothesline, installed on the roof of a shelter, and so on. A typical sheet, deployed with a storage battery, could power a mobile phone charger, lamps or a small refrigerator. This could go a long way to providing power for the 1.3 billion people in the developing world who lack access to electricity.”

Jean insists this new technology will be revolutionary for solar power. “If we're successful, we can dramatically expand the solar market and help make solar power the most affordable source of electricity almost everywhere in the world,” he told Chart. “Perovskite technology has come a long way in the past decade, and we’re not slowing down.” 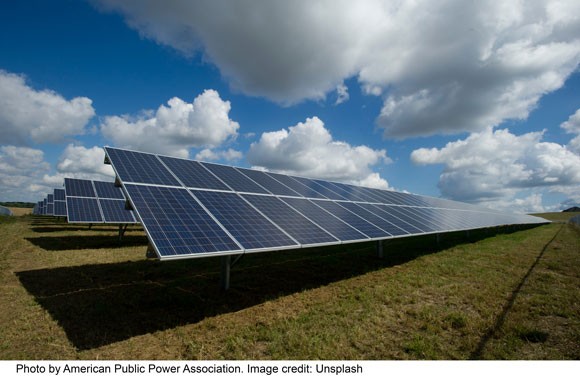