There’s a new surge in solar power across the United Arab Emirates. What is fuelling this billion-dollar investment in clean energy?

It’s possible he was too pessimistic in his prediction, however. If the UAE’s bold plans for solar energy all come to fruition, perhaps his descendants won't have to ride camels after all.

When it comes to single-site solar plants, this Middle Eastern nation is currently striding ahead of China, India, USA and Saudi Arabia. In 2019 the Noor Abu Dhabi plant took the title of world’s largest, with a production capacity of nearly 1,177MW. Stretching for several miles, the farm has 3.2 million photovoltaic panels and will power the lives of 90,000 people, reducing yearly carbon emissions by a million tonnes. That’s like taking 200,000 cars off the roads.

Across the desert, the 100MW Shams power plant is one of the largest concentrated solar power plants in the world. Covering a square mile (2.5 square kms) and supplying over 20,000 homes, it uses 258,000 parabolic troughs to reflect sunlight onto fluid-filled receivers which then heat to very high temperatures, creating steam which in turn powers a turbine to produce electricity. 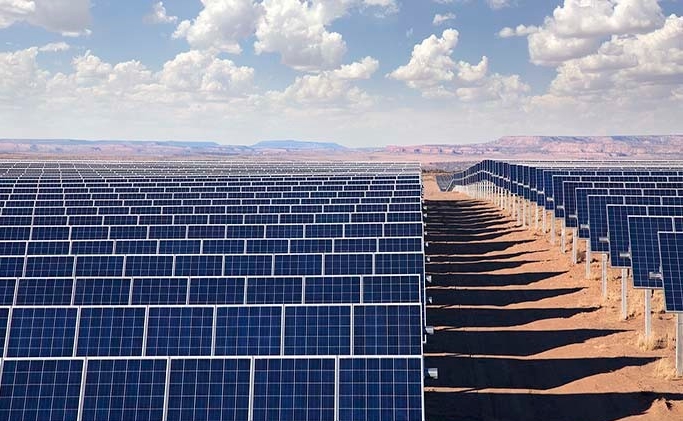 An additional benefit of this technology is that heat can be stored until the evening, allowing the plant to switch the lights on after the sun goes down.

Not to be outdone, the Dubai Energy and Water Authority (DEWA) is building the vast 5,000MW Mohammed Bin Rashid Al Maktoum Solar Park (named after Dubai’s current ruler) that will power as many as 1.3 million homes by 2030, and reduce carbon emissions by 6.5 million tonnes annually.

“It will contribute to the happiness of society by making Dubai the city with the lowest carbon footprint in the world by 2050,” the head of DEWA claimed. “We do not rest on our laurels. Instead, we constantly work, led by the vision of our wise leadership who instructed us to prepare to bid farewell to the last drop of oil.” 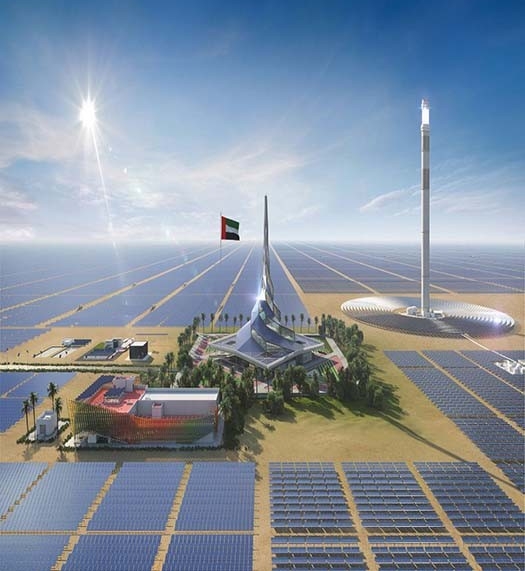 Elsewhere in the UAE, Sharjah has just revealed plans to develop a sustainable city that will rely partially on solar power, as well as recycled waste and water. Northernmost emirate Ras Al Khaimah also has a 1.2GW solar ambition, including 600MW of rooftop solar projects, as it seeks to meet its target of 20 per cent renewable energy generation by 2040.

Of course, there’s still plenty of oil in reserve, so it makes business sense to sell it abroad, rather than burn it up at home – especially when sunshine is so readily available. But this ecological push goes further than oil. The UAE’s cities are tourist and business destinations in their own right. Heavily reliant on transient, expatriate communities, they must embrace green living if they are to remain more attractive than other cities elsewhere in the Gulf and beyond.

The UAE is determined to switch from a dependency on oil to what they call a “knowledge-based” economy, earning a global reputation for expertise in sectors such as smart technology and clean energy.

So, while Sheikh Rashid’s descendants won't have to forego their Land Rovers for camels, they will  have to ensure those Land Rovers run on electricity rather than fossil fuels.