Mid-air collisions between aircraft and birds are on the increase and, yes, occasionally passengers die as a result. But what are airports and pilots doing to avoid disaster?

On August 15th 2019, just after taking off from Moscow’s Zhukovsky Airport, Ural Airlines Flight 178 collided with a flock of gulls and lost power in both its engines. Seconds later it crash-landed in a cornfield. Although 74 passengers were injured, miraculously, no one died.

It was uncannily similar to the US Airways Flight 1549 which, ten years earlier, crash-landed on New York City’s Hudson River after its engines were wrecked by a flock of geese. The American accident was famously made into a Hollywood movie called Sully, starring Tom Hanks. A Russian film director is already planning to make the Ural Airlines accident into a movie, too.

From the enormous media reaction to both incidents, you’d think bird strikes on aeroplanes are fairly rare. Quite the contrary. According to Birdstrike Committee USA, a volunteer organisation dedicated to reducing collisions between birds and aircraft, in the United States alone there are over 20,000 wildlife strikes reported every year, the vast majority of them birds. The gravest situations are when these birds collide with the aeroplane engines and cause them to shut down. 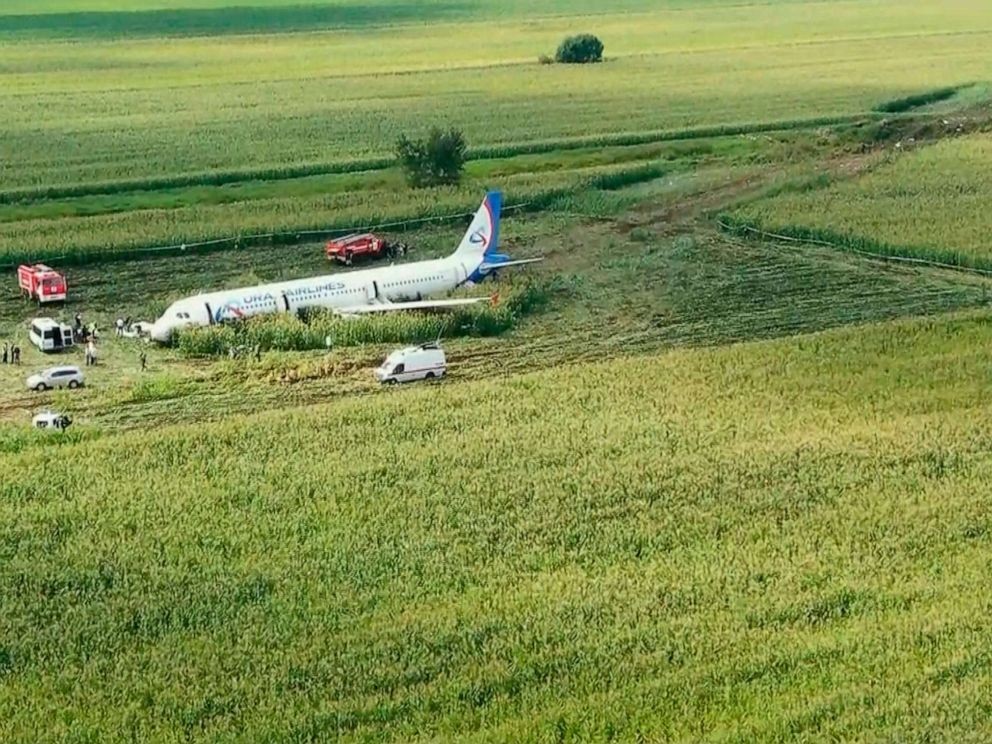 Above: Ural Airlines Flight 178 following a crash-landing in a cornfield.

The Federal Aviation Authority (FAA), which oversees US civil aviation, estimates that the damage to American aircraft costs as much as US$500 million a year.

The global figures are even more shocking. Between 1988 and 2017, 263 civil aircraft were either destroyed or damaged beyond repair. During the same period, a total of 287 people died in accidents caused by wildlife strikes – averaging at around ten deaths a year. (Bird deaths are obviously far more numerous.)

This is no new phenomenon. Back in 1905, when human flight was in its infancy, aviation pioneer Orville Wright reported striking a bird when his Wright Flyer aeroplane was cruising above a cornfield in Ohio. The first human fatality came seven years later when aviator Calbraith Rodgers collided with a gull over Long Beach, California and crashed to his death.

But it wasn't until 1960, after the arrival of commercial aviation, that the true danger of bird strike became apparent. That year, in October, an Eastern Air Lines turboprop passenger airliner was taking off from Boston when it smashed into a flock of starlings, losing engine power and dropping swiftly into Boston Harbour. 62 passengers lost their lives.

“I did what I had to do. I saved the plane, the passengers, the crew. I really don't feel like a hero.”

Armed with decades of data, nowadays airports and pilots are more aware of the risk of bird strike than they have ever been. Nevertheless, a combination of wildlife conservation and increased global air traffic mean there are more birds roaming the skies above airports, and the number of collisions is growing. The riskiest stage of any flight, by far, is take-off or landing.

This is a global problem. According to Russian business newspaper Vedomosti, there were 411 bird strikes in Russia in 2015, and well over a thousand in 2018. The Civil Aviation Authority, which oversees UK aviation, reported 1,380 wildlife strikes in British skies in 2012, rising to 1,835 in 2016.

“No airport or aircraft type is immune from the hazards of wildlife strikes,” says the FAA. “A flock of starlings suddenly rising from the ground, a lone kestrel hovering in search of prey, a pair of Canada geese taking flight after grazing in the infield – all can result in significant aircraft damage or, in extreme cases, a crash and loss of human lives.”

In the northern hemisphere, bird strikes peak massively during the summer months. The Civil Aviation Authority, which analysed figures over a five-year period between 2012 and 2016, says that gulls, swallows and martins are the species most at risk, followed by swifts, larks, falcons, pipits and wagtails.

Of course, not all bird strikes cause aircraft damage. In the vast majority of cases, the larger inanimate bird smashes aside the smaller feathered one and continues on its way. 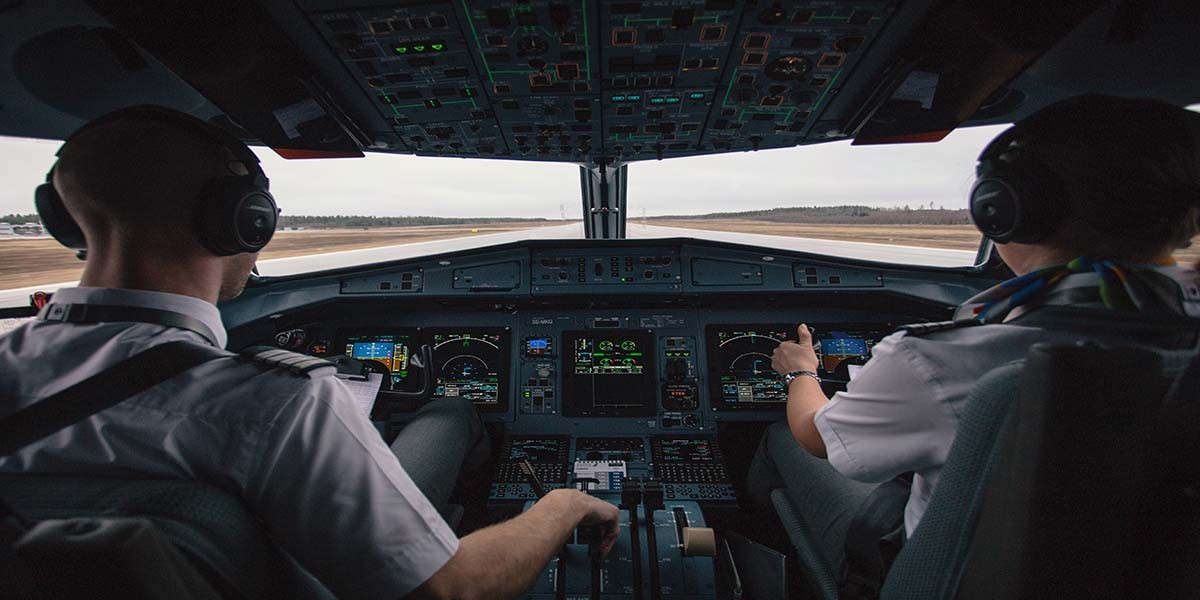 The FAA has compiled data for a 14-year period between 1990 and 2003. Of the almost 43,000 aircraft struck, engine damage occurred in around a third of cases. 12 planes crashed or were damaged so badly that they never flew again.

Fearful of further accidents, the FAA has produced an exhaustive manual for airports and pilots called Wildlife Hazard Management at Airports. In it they offer dozens of preventative measures.

Some are fairly obvious. For example, they advise cutting back trees or vegetation near the airport, and banning crops or fruiting plants. Standing water should be avoided since that attracts wading birds, they say. Buildings and street furniture in the airport should be designed without ledges which might be perched upon.

Other solutions range from the sublime to the ridiculous. Airports have been known to employ lasers, chemical sprays, noise-making machines, propane cannons, pyrotechnics, mirrored disco balls, balloons and flags. They might play recordings of bird distress calls through loudspeakers, or send birds of prey to patrol the skies for other species. They might trap birds before releasing them far away. They have been known to erect scarecrows, models of hawks, even dead, stuffed coyotes.

In fact, taxidermy seems to be quite effective. “Several experiments have shown that a dead turkey vulture, hung by its feet in a vulture roosting or perching area, will cause vultures to abandon the site,” the FAA says.

“Initial trials using dead gulls and ravens suspended from poles have also shown promising results in dispersing these species. The dead bird must be hung in a death pose to be effective.”

Given the potentially fatal risks, some airports resort to violence, destroying nests and eggs, setting poison or traps, or even employing sharp-shooters.

But in the end, whether bird strikes cause fatal accidents is often down to luck. Like Sully Sullenberger (captain of US Airways Flight 1549) and Damir Yusupov (captain of Ural Airlines Flight 178), the pilots can be rigorously trained, with decades of experience. In worst-case scenarios this might all amount to nothing when you're forced to crash-land with no warning.

Yusupov admitted afterwards just how lucky he had been when he and his passengers ended up in that cornfield. “I did what I had to do,” he said matter-of-factly. “I saved the plane, the passengers, the crew. I really don't feel like a hero.”