The Asian Gypsy Moth (AGM) is a forest pest which is known to spread via ocean-going vessels in international trade. Attracted to bright lights, the AGM female often lay their eggs on a vessel’s superstructure and these egg masses will be carried from one port to another. In this circular MS Amlin provides an update of the various restrictions in force to prevent such spread.

AGM egg masses are covered with a yellowish scale, about 40 x 20 millimeters in size and can contain more than 1.000 eggs. The egg masses are extremely resilient and can easily be carried long distances. Vessels and cargo, such as containers, are therefore known to facilitate the spread of the forest pest. Vessels calling at Risk Area ports, mainly in the Asia Pacific between May and September, should be inspected and certified prior to departure.

Animal and Plant Health Inspection Service (APHIS) of the US has appointed certain areas as “Regulated Areas” or “Risk Areas”, which are followed by other countries, as listed in Table 1.

The USA and Canada have harmonized procedures to guard against the introduction of the AGM. Although the plant health and agricultural agencies of the USA and Canada are independent and have differences in their legislation, AGM risk mitigation and exclusion efforts are a joint effort.

For vessels that have called a port in a Risk Area during the specified periods, as outlined in Table 1, the following measures are required:

1. Vessels must be inspected and must obtain predeparture certification from a recognized certification body. A copy of the certificate, stating that the vessel is free of AGM life stages, must be forwarded to their USA or Canadian agents. The certificate must be issued from at least the last port of call in a regulated area that was visited during the specific risk period. 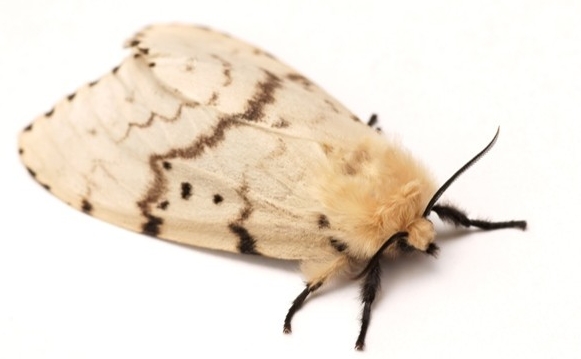 2. Intensive vessel self-inspections must be performed to look for, remove (scrape off) and properly dispose of or destroy all egg masses and other life stages.

3. Vessels must provide two year port of call data, at least 96 hours prior to arrival in a North American port, to the Canadian or USA agent.

4. Vessel operators are reminded to ensure that the vessels are in good condition and decks are clear of debris and unnecessary obstacles in order to allow for thorough inspection both in AGM regulated areas and upon arrival in North America.

5. While in regulated ports reduced lighting and keeping exterior doors and curtains closed may reduce the number of moths being attracted to the vessel.

Although the USA and Canada are in full agreement on the requirement for AGM pre-departure certification and vessels arriving free from all AGM life forms (egg masses, pupae, adults), due to sovereign regulations and policies, there are differences in port-of-entry processes between the two countries.

In the USA the AGM program is managed by the Animal and Plant Health Inspection Service (APHIS), of which the full text can be found here.

In Canada the AGM program is managed by the Canadian Food Inspection Agency (CFIA) of which the full text can be found here.

Australia has announced in its Industry Advice Notice No. 06-2018 of 19 January 2018 that the heightened vessel surveillance window for its ports had commenced. This window is between January and May of each year. The full text of the Notice can be found here.

In addition, the government confirmed that vessels that have visited an overseas AGM risk seaport during the 2018 AGM flight season will be risk assessed by the department to determine the need for a targeted AGM inspection on arrival. All relevant vessels will be sent an AGM questionnaire through the Maritime Arrivals Reporting System (MARS), as part of the pre-arrival reporting process.

New Zealand has formalized its AGM requirements through the Craft Risk Management Standard (CRMS) for Vessels, which can be found here.

From 1 February 2018, an arriving vessel will be considered a high risk for AGM if in the previous 12 months it has visited any of the Risk Areas during the specified risk periods, and requires a Certificate of Freedom of AGM. These Certificate of Freedom can be obtained via one of the approved (recognized) inspection bodies, which can be found here.

If a vessel is a high risk and does not have a valid Certificate of Freedom from AGM it will be inspected which can lead to delays. The vessel may be required to be at a location at least 4 nautical miles from land for the inspection. The operator will be responsible for the cost of inspection and any treatment or egg mass removal directed by the inspector.

The implications of the delays caused by AGM can be very serious.

The charter party can contain an AGM clause with specific requirements. For example, BIMCO has issued an “Asian Gypsy Moth Clause for Time Charter Parties” focusing on the basic obligations and responsibilities of owners and charterers.

(a) The Owners shall deliver the Vessel free of Asian Gypsy Moth (AGM). If the Vessel has within the last twenty-four (24) months prior to delivery traded to an area where there is a risk of infestation by AGM, the Owners shall, on delivery, provide an inspection certificate stating that the Vessel is free from infestation by AGM issued by an appropriate and recognised certification body (an AGM Free Certificate) dated no earlier than the date of departure from the last port of call in such area.

(c) The Charterers shall redeliver the Vessel free of AGM. If the Vessel has traded to an area where there is a risk of infestation by AGM the Charterers shall, on redelivery, provide an AGM Free Certificate dated no earlier than the date of departure from the last port of call in such area.

Over the years MS Amlin has seen many AGM related claims. However, most of these claims are of an Freight Demurrage & Defence (FD&D) nature and concern charter party disputes, such as time lost and costs incurred following the discovery of AGM and/or the lack of an AGM Free Certificate. These costs and delays can be substantial.

One example is a case where MS Amlin represented a time-charterer who had sub-chartered the vessel to a voyage-charterer for a voyage to a port in the USA. In the port of arrival, the cargo was supposed to be discharged into barges which were awaiting the arrival of the vessel. At arrival, AGM was discovered on board of the vessel and due to that the vessel was detained.

As a consequence the time-charterer was confronted with a situation where time-charter hire to the Owners continued to run whereas laytime/time on demurrage did not run under the voyage-charter. In addition, the time-charterer had to face claims for idle time of the barges and stevedores, who were waiting to handle the cargo.

Owners and Charterers have to be very careful when their vessel calls at a port in a Risk Area, since prove has to be provided that the vessel is AGM free.

The case illustrates that time-charterers have to be very vigilant in dealing with AGM after having called at an AGM Risk Area. As the implications of the delays caused by AGM and AGM related issues can be very serious, certificates must be obtained on time and regular selfinspections must be performed.

We furthermore recommend to use clear clauses addressing the allocation of responsibilities in respect of the risk of infestation by AGM by, for example, the incorporation of the “BIMCO AGM Clause for Time Charter Parties”. 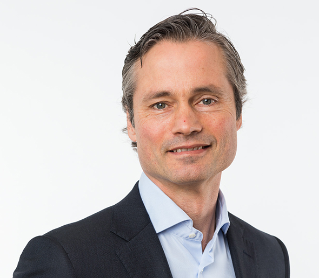