As the planet takes a breath, how can we sustain greener air?

Venice is the clearest it’s been in 60 years, and dolphins have been spotted swimming in southern Italy. Meanwhile, China recorded an “unprecedentedly dramatic drop” in emissions, with people in Shanghai reporting “some of the most pristine blue skies” that they remember over the winter.

There are very few positives to take from the Coronavirus pandemic, which continues to unfold at a staggering pace, decimating lives, livelihoods and the normal functioning of society. However, the world grinding to a halt has afforded nature some much-needed healing time. The planet is taking a breather right now.

There are plenty more examples we could give of nature roaring back to reclaim its sovereignty. But, as heartening as it is to read that we could see the largest ever annual fall in CO2 emissions in 2020, the focus now needs to shift to how we can build on these short-term gains?

In the UK, workers – who can’t do their jobs from home – have been instructed to avoid public transport as they return to their place of work. The government has urged people to opt for walking or cycling instead, which will allow them to maintain physical distancing.

In response to this, London Mayor Sadiq Khan has sought to repurpose the city for people by banning cars and vans from accessing large parts of the capital.

It’s clear that the measures are as much about managing toxic air pollution as they are aiding social distancing. “By ensuring our city’s recovery is green, we will also tackle our toxic air, which is vital to make sure we don’t replace one public health crisis with another,” he said.

Other cities including Milan and Bogotá, the Colombian capital, have also announced measures to improve walking and cycling and support a low-carbon, sustainable recovery from the Coronavirus crisis. 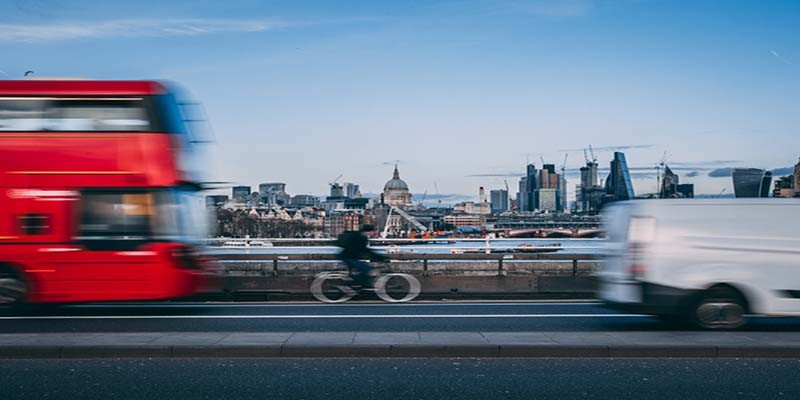 Policies for the long term

While the fall in CO2 emissions coupled with the progressive policies being implemented by world leaders are chinks of light at a dark time, Harvard Law School Professor Jody Freeman says it’s “too soon to draw lessons from COVID” with regards to climate change.

Freeman, who served in the White House as counsellor for energy and climate change in the Obama administration, acknowledged the short-term benefits the crisis was having on the environment, but stressed “we need to keep our eye on the ball with climate policy”.

“We need a policy not for the short term, but for the long term,” she said in an email conversation with Harvard Law Today.

She listed a raft of policies that would be the “best solution” to ensuring these environmental gains are sustained including raising fuel efficiency standards for the transport sector and supporting zero-emission vehicles.

“The long-term economic costs of doing nothing on climate change are far higher than if we take appropriate steps and make the needed investments now,” she cautioned.

Speaking at a recent virtual summit on climate finance, IMF chief Kristalina Georgieva echoed Freeman’s sentiment saying that the $1 trillion of emergency loans the IMF is about to make available to struggling governments around the world should be used to incentivise the private sector to cut emissions – not to subsidise fossil fuels.

The pandemic has the potential to accelerate the adoption of green technologies. And while this adoption certainly holds many rewards, it will also create new risks.