With almost half of the Netherlands below sea level, water management is key to the country’s prosperity and survival. The proof is in the living. With the safest and cleanest river delta in the world, the Dutch are clearly doing something right.

The nation’s history has been a struggle against water. Their monasteries began the process of reclaiming land more than 800 years ago, creating the first polders: sea lakes surrounded by dykes, which were then drained for farmland. Water authorities have maintained and upgraded these precious infrastructures since at least the 13th century.

Today, Dutch engineers are hailed as some of the finest in the world, especially skilled to combat the global challenges of climate change. For example, the Dutch answered an SOS to protect the Indonesian capital Jakarta from rising sea levels, including the construction of a vast dyke, large enough to carry a toll road. For New Orleans, battered first by Hurricane Katrina and then Harvey, the Dutch are helping The Big Easy to embrace and store water, instead of simply holding it back. Better use of the famous bayou, as well as green infrastructure such as parkland and rain gardens, aim to cushion the blow of the next super storm.

In New York, the Dutch are helping to flood-proof the city’s Subway. In Bangladesh, the largest river delta in the world, the Dutch are combatting rapid erosion and community displacement. They are also helping Shanghai become what some call a “sponge city” that can better cope with the increasing numbers of typhoons and torrential rainstorms.

As much as clever engineering, however, the Dutch approach is built on sound governance. As head of the Rhine and IJssel Water Authority, Hein Pieper can trace the predecessors in his role back to 1328. “Soft infrastructure, such as good finance and good laws, are vital for protecting any gains in water development,” he told Chart. “The water authorities have always been part of the democratic systems in our country. We raise our own taxes. We have our own bank. We are independent.” 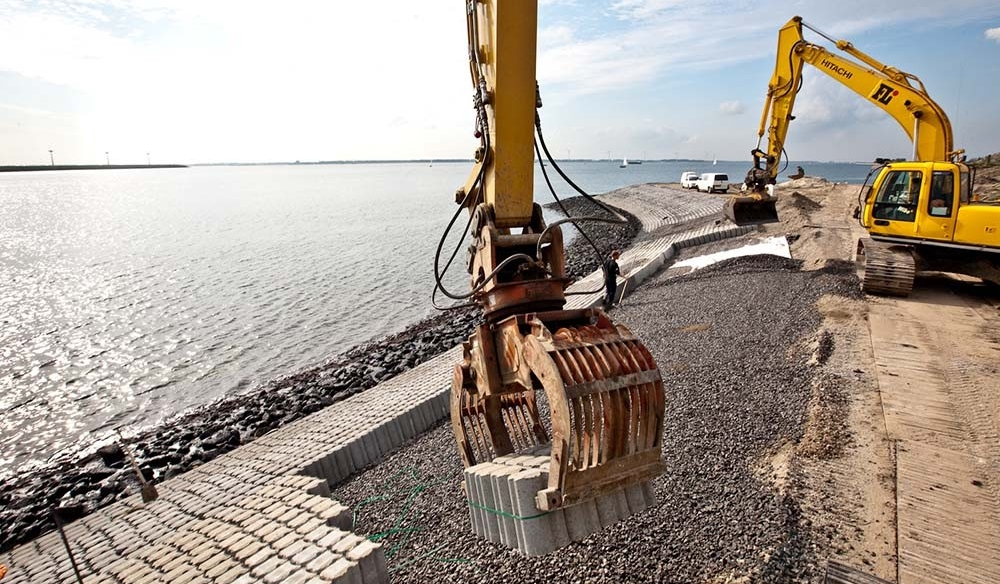 The Association of Dutch Water Authorities, which unifies the country’s 21 regional authorities, saw an opportunity to export this knowledge, under the banner of a project called Blue Deal.

Hein is a board member. “Water management is a never-ending responsibility that requires constant supervision, monitoring and capacity building,” he says. “It needs a solid financial and structural base. I get frustrated when countries work on a project-by-project basis. They receive a grant for half a billion dollars, build some dykes, dredge some canals, and then, five years later, the infrastructure is neglected. The opportunity for social change has passed.”

Blue Deal responds to a number of local challenges. For example, in fast-growing Ethiopia, the problem is fair and efficient distribution of water in the face of severe water shortages. Both Romania and Argentina are battling with flood damage. In Mali, it’s inefficient waste-water treatment, while nearby Ghana suffers from water pollution in agriculture. In Colombia, better use of data is helping to hold industrial water discharge to account.

“I don’t like any project to last less than 12 years,” Hein adds. “In the Netherlands, our national psyche is to take responsibility. If politicians in a country won’t accept that responsibility, then we look for other stakeholders, often at a local level, who are willing to show leadership. A connection with water is the basis for governance. It’s the Dutch way.”