Convenient, efficient and clean, electric scooters are revolutionising urban transport in cities all over the world. But there are concerns over their safety.

Hollywood actress Lisa Banes is one of the latest victims of an electric scooter accident. In early June, while crossing the road in New York City, she was knocked to the ground by a scooter rider who, according to police, had jumped a red light. Tragically, the 65-year-old celebrity, most famous for her role in the movie Gone Girl, died in hospital from head injuries just days later.

“We are heartsick about Lisa’s tragic and senseless passing,” a representative for the actress said. “She was a woman of great spirit, kindness and generosity – dedicated to her work, and even more so to her wife, family and friends.”

Unfortunately Banes’s accident was not a one-off. According to research from the US body, the Insurance Institute for Highway Safety, up until April 2021 there were at least 55 deaths worldwide caused by electric scooters, or e-scooters, as they are known. 38 of these occurred in the United States, with further deaths in the UK, France, Italy, Spain, Belgium, Sweden, Israel, Indonesia, Singapore and New Zealand. In nearly every case, it was the riders of the e-scooters, rather than pedestrians, who were killed.

Most e-scooters are designed so that riders stand on a narrow deck, supported by small wheels, often with pneumatic tyres. At the front, a stem rises up to handlebars where the brakes and accelerator are operated. An electric motor drives the scooter along.

For commuters, they are a quick, convenient and pollution-free way to get around town. But for certain pedestrians and car drivers, they can be a menace. Driven fast, and without due care and attention, they represent a risk to other road users and especially to the scooter riders themselves.

The rules on their use differ enormously, adding to the confusion. Across the nations of the European Union, for example, e-scooters fall into different vehicle categories: they are considered bicyclists in some countries, moped drivers in others, and in Finland they are grouped with pedestrians. The age limits for riding them vary from 12 years old in France and Austria up to 18 years old in Italy.

Across the United States, the various states and cities within them impose different regulations. Much of Canada places e-scooters in the same category as bicycles, although age restrictions vary according to province.

In the UK, meanwhile, e-scooters are currently banned for private use, although the government’s Department for Transport has sanctioned trials in more than 30 cities around the country, due to finish in Spring 2022. Riders, who must be at least 16 years old, are allowed to hire the scooters from rental companies such as Lime, Dott and Tier, and are permitted on roads, cycle lanes and tracks, but not on pavements or motorways. The trial vehicles are mostly limited to a speed of 15.5mph (25kph). So far the Department for Transport has recorded more than two million trips, covering a total distance of over 3.1 million miles.

“We believe that e-scooters can offer an affordable, reliable and sustainable way to travel during a time of social distancing, improving air quality and reducing greenhouse gas emissions across the UK,” a department spokesperson said. “E-scooters could help ease the burden on our transport network.”

Hundreds of other cities around the planet have also embraced this new form of transport, either with city-sanctioned trials (often accessed through ride-sharing apps) or by legalising them outright.

Authorities everywhere are concerned about the safety implications, however. Riders are sometimes able to tinker with the speed limiting technology, so that e-scooters can easily reach speeds of 40mph (64kph) and above. Add to this the fact that not all riders wear helmets, that the suspension on some models is poor, and that the small wheels struggle to cope with potholes. In the United States, a recent study led by the University of Texas found that the injury rate for e-scooters was up to 200 times greater than the injury rate for motor cars. In the UK, research from dashboard camera manufacturer Nextbase found that e-scooter riders are 16 times more likely to be injured in a collision than car passengers.

One US city that has embraced these vehicles is New York. In addition to the myriad private e-scooters, there are trials currently in operation through scooter rental companies such as Bird, Lime and VeoRide.

But the city mayor Bill de Blasio remains cautious. “It's the most crowded place in the country,” he said of the city of 8.25 million people that he oversees. “We're throwing these new elements in, so we have to be smart about it. I think the answer is education, enforcement and continuing to refine the regulations to get everything right.”

On the other side of the Atlantic, in London, the charity Living Streets – which campaigns for pedestrian rights – is also worried about the danger of these new vehicles. “Pavements are for people, but more and more people are scooting on them illegally,” said their chief executive Stephen Edwards. “The speed, acceleration and quietness of e-scooters cause alarm to pedestrians. We need speeds to be capped and robust police enforcement against dangerous riders. For rental scooters, dedicated scooter parking on the road, not the pavement, is a must to ensure scooters do not further clog up our already cluttered pavements.”

Edwards believes e-scooters are harder to handle than bicycles, and that London’s streets cannot safely accommodate them. “E-scooters have smaller wheels, the footplates are closer to the ground and if you meet a pothole you are much more likely to come off than if you are cycling,” he added. “The poor state of our roads combined with high levels of traffic lead us to believe that we don't have the right infrastructure currently in place to support e-scooters. This could lead to people scooting on the pavement because they are scared to use the road. Extra space for walking, cycling and scooting is required for the safe use of e-scooters.”
However strong the opposition to these vehicles becomes, they are unlikely to be banned since they are so convenient, so quick and, crucially, pollution-free. Who knows? One day they may be as ubiquitous on our streets as bicycles. 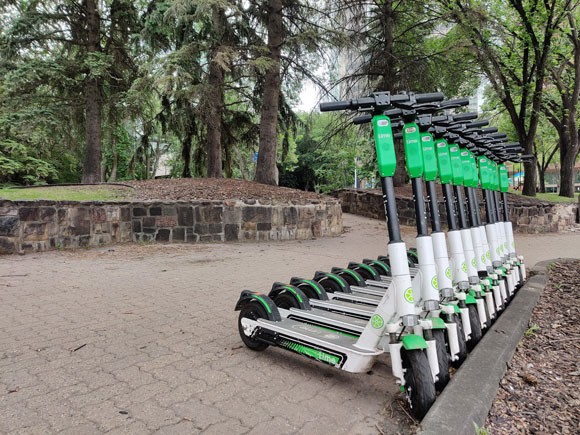 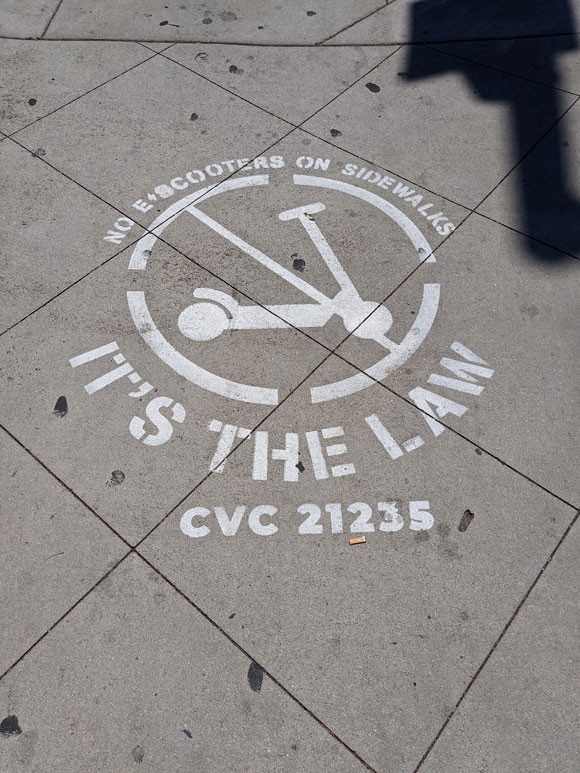 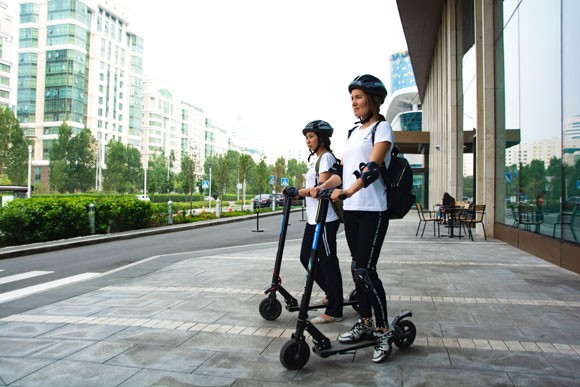 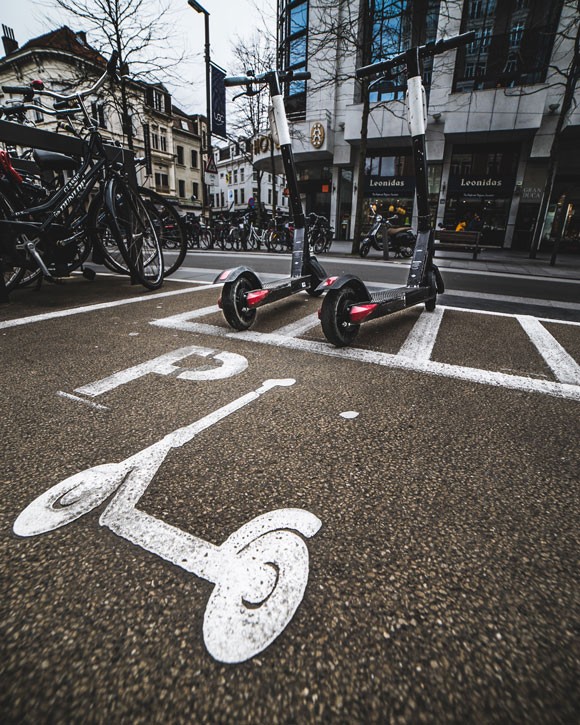 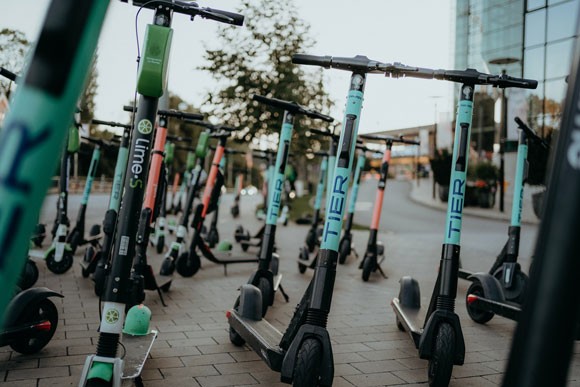