Why are grey whales starving?

Grey whales along the Pacific coast of North America are starving to death. Scientists now use drones to measure them and find out why they are dying.

The human relationship with the whale is a profound one. It is also a destructive one. We delight in the notion that whales lead human-like lives, and that they’re sociable, playful and communicative mammals. Nevertheless, that hasn’t stopped us hunting them to near-extinction in the past, and perhaps starving them to death right now.

A recent university study has discovered that a huge number of grey whales are dying of starvation along the Pacific coast of North America. Since January 2019 there have been 378 confirmed deaths, and “possibly many more unrecorded”. Part of the research, from Aarhus University in Denmark and the University of Hawai'i at Manoa, shows photos of grey whales, observed off the Mexican coast in 2017, 2018 and 2019. The 2017 whale is rounded and sleek. The speed of decline in the next two years is dramatic. The 2019 whale is almost skeletal.

Scientists have now sounded the alarm about this emerging “unusual mortality event”. Every year grey whales migrate 12,000 miles from their northern feeding grounds in the Bering Sea, the Chukchi Sea and the Arctic Ocean, to the warmer breeding waters off Mexico’s Pacific coast and the Southern California Bight. During the feeding season they build up energy reserves, mainly in the form of blubber, to support them during migration and breeding. Researchers, including Aarhus University’s Dr Fredrik Christiansen, have been monitoring the whales’ health, using drones and aerial photogrammetry to measure their length, width and height. The body condition of the whales is then calculated from the relationship between body volume and body length.

Evidence of starvation is clear. Working out the cause is now critical. “Some feeding is believed to occur during the migration down from the Bering Sea to Mexico, and some whales actually feed for extended periods along the US and Canadian coastline,” says Dr Christiansen. “Irrespective of this, what we found in Mexico is that the body condition of whales between 2018 and 2020 was lower already at the time the whales arrived in the breeding lagoons. This suggests that the whales must have lost their body condition before arriving in Mexico.”

The suspicion is that conditions within the Bering Sea are the most likely cause of their starvation. A 2020 study found a correlation between a reduction of sea ice in the Bering Sea and grey whale calving rates in Mexico. It is believed that the rapid, human-caused warming of the Arctic is reducing the number of tiny invertebrates – the whales’ main prey.

It is a sharp reminder of how inter-connected life on Earth is: some of the tiniest and largest of our creatures locked together in mutual dependence. The process of feeding along the bottom of the ocean (grey whales are unusual in this respect) stirs up injured or displaced organisms that other scavengers, including sea birds, consume. Remove one element of the chain and the whole edifice is weakened.

“If the feeding grounds of grey whales are being compromised by climate change, this means that the carrying capacity of the environment will be less, so that the viable population of grey whales will become smaller,” says Dr. Christiansen. “The whales act as a sentinel for change in the Arctic.”

Are we willing to listen to the sentinel’s call? 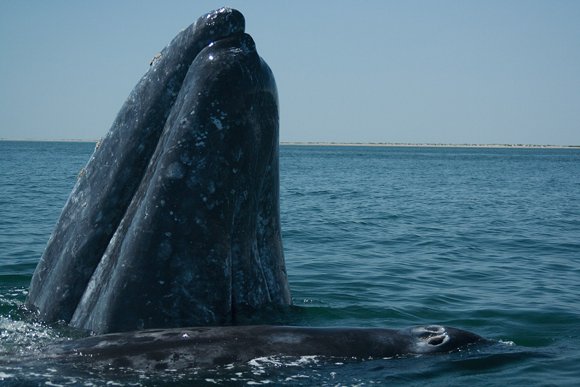 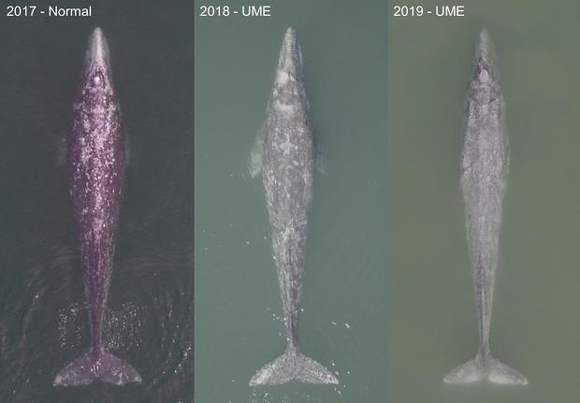 Three adult gray whales photographed between 2017-2019 in Laguna San Ignacio in Mexico, showing the poorer body condition of whales in 2018 and 2019. 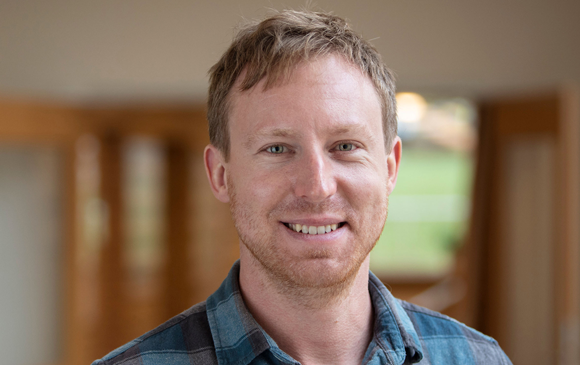 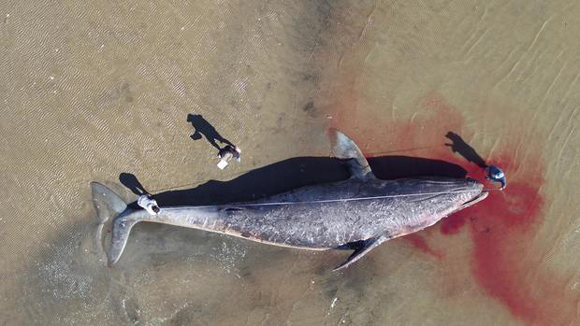 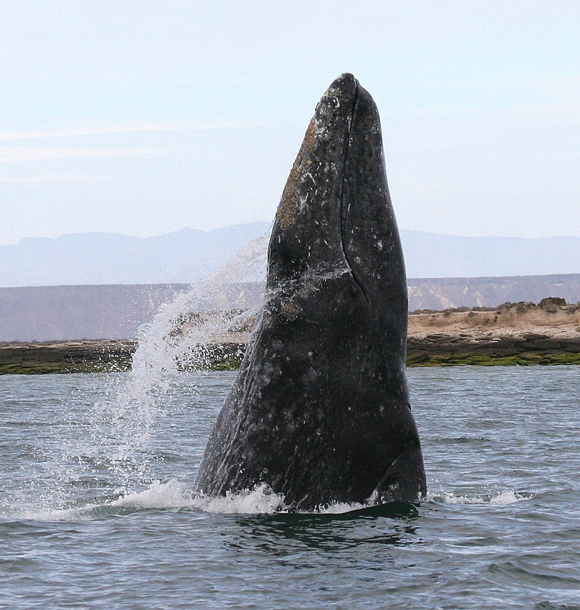 A gray whale breaching in a lagoon on the coast of Mexico.
Image source: NOAA Photo Library