How robots are transforming our exploration of the oceans

Meet the entrepreneurs developing low-cost robotics designed to trawl the deep oceans and help us understand these mysterious watery realms.

Among explorers, there’s an old cliché that says we know more about the surface of the Moon than the depths of our oceans. It’s an adage designed to stir the curious heart, to position the ocean floor – all the millions of square miles of it – as the last great frontier of human exploration.

Down here, well off the edge of our maps, be monsters. Or at least weird and wonderful flora and fauna. With possibly millions of unknown species in the ocean, it seems we really do know less about what goes on down there than we do about the grey rock orbiting our planet.

“Why would you compare [the oceans] to a tiny, little ball that doesn’t even have flora or fauna on it!” counters Dr Alan Jamieson, a marine biologist and senior lecturer from Newcastle University in the UK. “Yes, we have better maps of the Moon, but diameter-wise, the Moon is less than the size of Australia, and has nothing on it. It’s not covered in 4,000 metres of opaque water and it’s not full of unimaginable species.”

What really irks Jamieson – who spent most of 2018 and 2019 as chief scientist on board the research vessel of American deep sea explorer Victor Vescovo – is that we do actually know quite a bit about the ocean floor, and we are constantly learning more. To present the ocean as a mystery undermines this work, he argues.

“I think people want to make the deep sea sound more mysterious than it really is. In terms of long-term stewardship of the oceans, you can’t keep treating the bottom of the sea as this dark, weird place. It’s a beautiful space with lots of interesting creatures in it and lots of things we could use to learn about life on Earth.”

Thankfully, we’re currently in the golden age of ocean exploration, with entrepreneurial technology companies developing low-cost ways to explore the depths and better understand how to care for them.

Chief among these start-ups is New York-based OceanX, an initiative which has involved converting a former oil industry survey vessel into a media hub complete with submarine hangar and video-editing stations. It was the brainchild of hedge-fund magnate Ray Dalio, and is being used for a National Geographic television series produced by filmmaker and deep ocean aficionado James Cameron.

OceanX research analyst Mattie Rodrigue describes the project as a way to “to explore the ocean and to bring it back to the world through captivating media”. The use of un-manned robotic submersibles is key in this. In the industry they are known as either autonomous underwater vehicles (AUVs) or remote operated vehicles (ROVs).

“The advantages that robots have over manned submersibles is that they can often conduct exploratory surveys in conditions far too extreme or dangerous for humans,” Rodrigue says, referring in particular to subsea hydrothermal vents and volcanoes.

Not every project has been motivated by the thirst for knowledge, though. Back in 2010, former satellite engineer Eric Stackpole was on an internship at NASA’s Ames Research Center in Mountain View, California. Along with colleague David Lang, he began building an underwater robot in his garage, thinking they might eventually use it to discover old bullion hoards on sunken pirate ships. 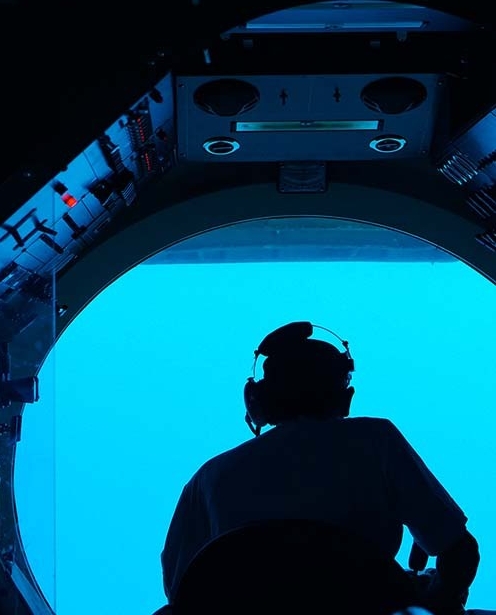 Responsible for amazing discoveries such as locating the wreck of the Titanic in 1985, unmanned submarines had previously cost millions of dollars to develop. Stackpole and Lang wanted a fast, affordable alternative. With just a US$7,000 investment from a marine science foundation, they founded a company called Sofar Ocean Technologies. They have since abandoned the pirate treasure angle and are now focusing on environmentalism.

“We think that, by making the tools to explore and monitor the ocean, we will inspire more people to be good stewards,” Lang explains. “We’re going to realise how reliant our species is on a healthy ocean, and that the first step in protecting is understanding.”

With this aim, Sofar has made two products available – an underwater drone called Trident and a smart buoy called Spotter. The former, looking a bit like an aquatic Sky+ box and priced at $1,695, is designed to navigate rocks and coral reefs without the complexity or cost involved in a human dive. The latter, at $4,900, collects data on everything from wave spectrum to wind and water temperatures.

There are plenty of industrial manufacturers working in the field of deep sea robotics: the oil and gas industry is obviously a key player, as are deep sea mining companies, marine biologists and cartographers. Equally important, however, are the emerging civilian scientists in this field, like Sofar and OceanX. They may be working on a relatively small scale but there are many of them.

Dr Alan P. Leonardi is director of an ocean exploration company called NOAA Office of Ocean Exploration and Research, based in Maryland, USA. Pointing out that 80 per cent of our oceans remain unexplored, he believes civilian-developed technologies will play a leading role.

“We expect to see the increased use of high-endurance autonomous surface and underwater vehicles; vehicles that can be deployed quickly, in greater numbers, for longer periods of time, and at lower costs. They will deliver larger volumes of seafloor mapping and data to supplement the more traditional work happening with sonars and vehicles deployed directly from research vessels.” Leonardi expects artificial intelligence to map the sea floor and identify marine organisms and their activities.

Victor Vescovo is one person who understands the importance of deep ocean exploration. In 2019 this private equity millionaire became the first person to pilot a submarine to the lowest point of the world’s five oceans. Vescovo believes robots might one day work alongside human-crewed exhibitions, just as we use both robots and astronauts in space. 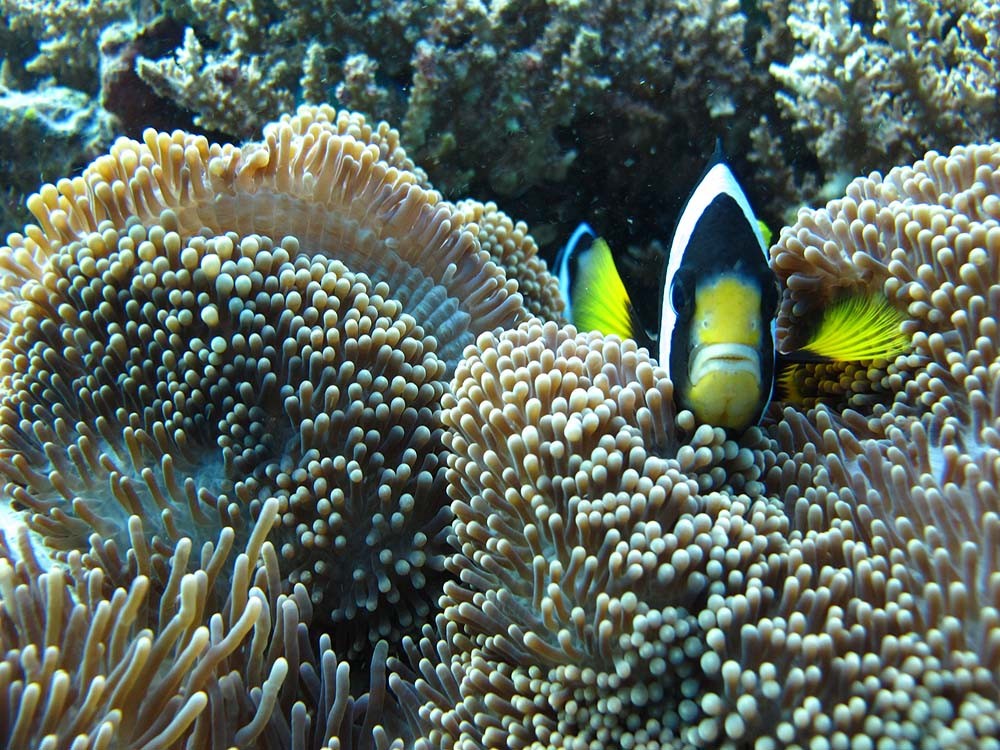 “Unmanned robots are essential for ocean exploration because we can't fund an army of human oceanographers and their expensive gear to explore the whole ocean,” he says. “Cheap and durable robots could do the heavy lifting of large-area mapping and data collection.”

Whatever the future looks like, it is clear that robots will form a vital component in our quest to understand the deep – a mission far more likely to impact human life than exploring grey rocks in space.

“We explore the ocean because its health and resilience are vital to our economy and to our lives,” says Dr Leonardi. “We depend on the ocean to regulate weather and climate; sustain a diversity of life; support maritime shipping and national defence; and provide food, energy, medicine, and other essential services to humankind. Our future depends on understanding the ocean.”