Frustrated by modern life? Sick of the rat race? Dominic Bliss finds out what it’s like to live on a private island.

Dave Glasheen has lived on his own private island off the north-eastern tip of Australia for the last 20 years – most of it with just pet dogs as companions. With his long white hair and straggly beard, and a dress code rarely amounting to much more than scruffy swimming shorts, he looks like a modern-day Robinson Crusoe.

A former big-city businessman who lost his fortune in the 1987 stock market crash, Dave first came to Restoration Island, a 100-acre volcanic islet right at the top of the Great Barrier Reef, when he and two business partners bought the lease back in 1994. Now 75 years old, he lives all alone in a run-down boat shed, eating local fish and fruit, growing his own vegetables and brewing his own beer. “It’s a luxury item but it’s a necessary luxury,” he says of the latter.

The only income he has is his Australian state pension. He also manages to trade his home-brew beer with passing fishermen for the odd fish dinner. “It’s not trading,” he says, wary that bartering beer is actually illegal under Australian law. “People like to give me fish and I like to give them beer.”

With only the most basic modern conveniences – solar-powered electricity and computer, plus a dwindling supply of rainwater plumbing – much of Dave’s life consists of scavenging for food. But he seems genuinely happy. He says the best thing about living on an island is “the complete privacy and tranquility”. The worst thing, however, is “not having someone special to share the experiences with”. Indeed, for the last few years he has been trying to find a suitable lady friend to move in with him. It seems the simplicity of his lifestyle (not to mention the beard and the scruffy shorts) might be putting potential contenders off the idea. 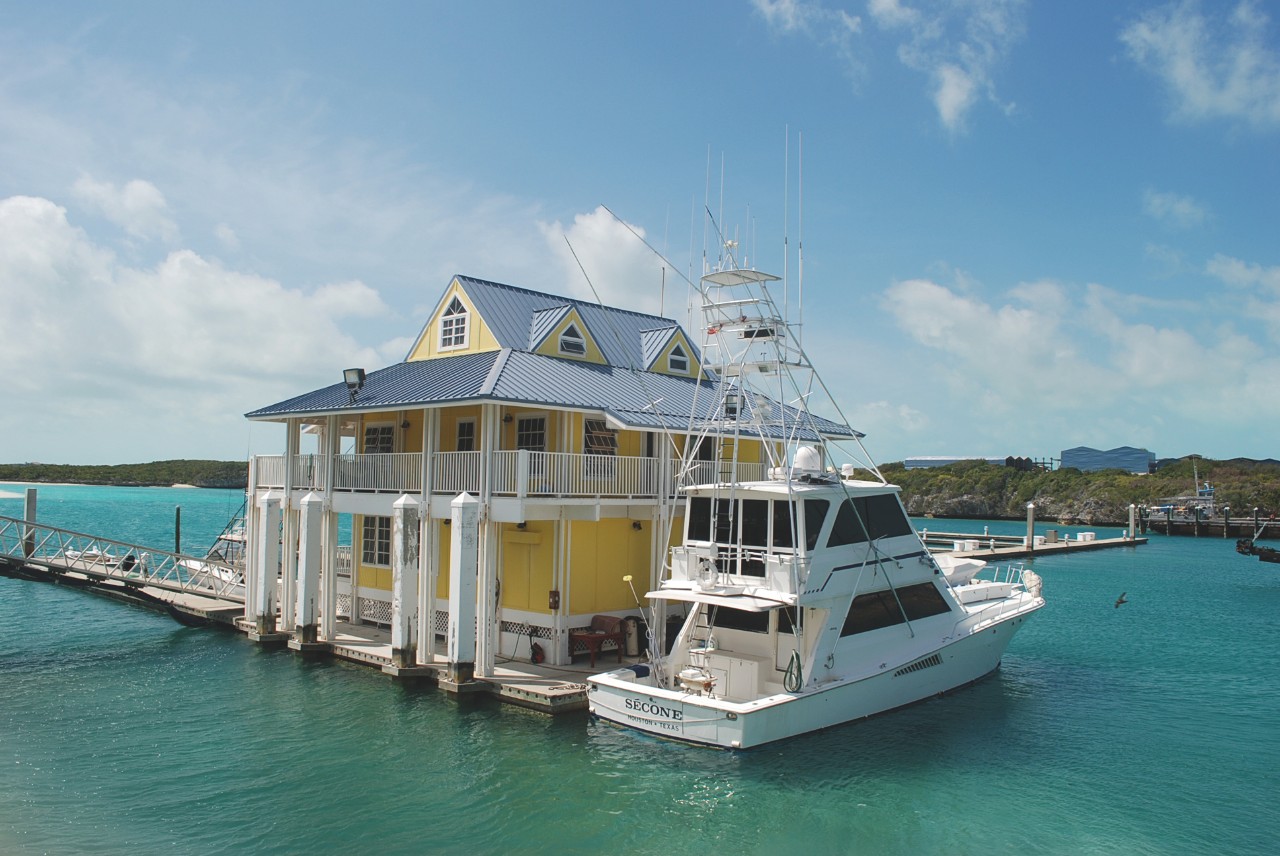 Above: Cave Cay, in the Bahamas, is priced at US$60 million.

Most private islanders enjoy a lot more luxury than Dave does. Peruse some of the paradises on sale at specialist estate agents such as Sotheby’s International Realty, Private Islands Inc or Vladi Private Islands and you’ll quickly realise just how much more. In Thailand there’s the 110-acre (44 hectare) Rangyai Island for US$160 million, featuring multiple dwellings, pristine beaches, all just 20 minutes from an international airport. Off the coast of Florida, for $95 million, there’s 26-acre Pumpkin Key with its three-bedroom main house, two staff cottages, a marina, and tennis courts that double up as a helipad. In French Polynesia, for $12 million, there’s 800-acre Lataro Island which comes with a main house, a guesthouse, staff accommodation, and its own airstrip, harbour and coral reef.

The eventual owners of these miniature kingdoms will be paying a premium for guaranteed privacy. But not all private islands are the exclusive realms of millionaires. Head for less clement climates and you can pick up a very remote, very pretty (but probably very chilly) islet for the same price as a suburban apartment.

Private Islands Inc lists the 13-acre Inishbigger Island, off the west coast of Ireland for $83,000, or three juxtaposed islands covering 54 acres in Nova Scotia for $147,000.

Vladi Private Islands has a three-and-a-half-acre wooded islet in Nova Scotia, Canada, called Whispering Trees for $58,000, a 12-acre island in the Norwegian fjords for $85,000, or the four-acre Mannions Island off Ireland’s southwest coast for 150,000 Euros. None feature any buildings worth writing home about.

If you’re really clever you can turn your private island into a viable business. That’s what Nigel Bower has done in the Bahamas. For the last ten years he has inhabited a private paradise called Ship Channel Cay, just two miles long and a quarter of a mile wide. Through his tourist company Powerboat Adventures, he welcomes day-trippers and overnight guests. Facilities include guest cabins, restaurant, bar, kitchen, boat dock and two beaches.

“I love the disconnection from the mainstream,” says this 53-year-old Bahamian who spends three out of every four weeks living and working on his island. “Sometimes it’s good not to know what’s going on in the world. You have time to absorb your surroundings: the beauty of nature and its wildlife.” The Caribbean experience Nigel offers his guests includes encounters with sharks, stingrays and rock iguanas.

But paradise has its drawbacks. The nearest shop is a six-mile boat ride away. Otherwise it’s over 30 miles to commercial shops in the Bahamian capital Nassau. “It takes a certain type of person to survive island life,” Nigel adds. “You need MacGyver skills to maintain and repair the equipment. We generate our own power with diesel fuel delivered by boat. We also make our own fresh water. Life gets really basic when the power quits or the fresh water runs out. But the beauty of the island, and the peace and quiet make up for the chores. Except maybe when a hurricane is bearing down on you.”

He says he wouldn’t dream of moving away. “The wildness of it all is set in my soul. No city life for me. Maybe just an occasional visit to the mountains for the snow – just to balance everything out.”

Another voluntary Robinson Crusoe is French businessman Gauthier Toulemonde. In 2013 he spent 40 days cast away on a tiny 700-metre by 500-metre Indonesian desert island with just a pet dog and cats for company. (The locals asked him not the reveal the island’s exact location since they don’t want hundreds of tourists visiting.) Publisher of a philately magazine, Gauthier wanted to prove that it’s possible to continue one’s job, even on an uninhabited coral outcrop in the middle of nowhere. He took along his laptop and a satellite phone, powering them with solar panels and a tiny windmill, and successfully continued working. After a few days he grew to love the isolation.

“There’s always the risk that when you actually fulfil a childhood dream, it won’t live up to what you expect,” he said on his return. “In this case, far from it. I was extremely happy. Every day was magical.”

Now 54 years old, Gauthier found solace in the fact that, aside from his hammock and his laptop, he required very little else on his island hideaway. “I was totally disconnected from the modern world,” he added. “When I thought, ‘Okay, I will have to be back in modern life’, that’s when I started to cry.”

In fact he loved being cast away so much that he now works for a specialist travel company called Docastaway, reviewing desert islands for other potential modern-day Crusoes. He says his 40 days on his island hideaway was “the happiest time of my life”. “It was, I think, the true life.”