Space companies all over the world have their sights set on mining near-Earth asteroids for valuable metals. There are fortunes to be made.

16 Psyche is one of the biggest asteroids in our solar system. Measuring more than 200km (120 miles) across, it’s believed to be the exposed core of an early planet, composed mainly of iron and nickel, plus possibly precious metals such as gold and platinum. This makes it eye-wateringly valuable – provided, of course, we can bring that metal back to Earth.

In 2022 NASA plans to send a spacecraft on a three-and-a-half-year journey to 16 Psyche to study its properties close-up. Could this be the first tentative step in asteroid mining?

If you believe the experts, there’s plenty of money to be made in this fledgling industry. Investment bank Goldman Sachs has even suggested the world’s first trillionaire will, in the not too distant future, make their fortune from minerals in space.

That’s not entirely unfeasible. There are millions of asteroids hurtling around our solar system, ranging in diameter from hundreds of kilometres to just one metre. Of these, over 20,000 are thought to be in a near-Earth orbit.

According to NASA, most are chondrite, or C-type asteroids, “probably consisting of clay and silicate rocks”. The other two main types are S-types (stony, with silicate materials, and some nickel and iron) and M-types (metallic, mainly nickel and iron). And it’s not just precious metals that are getting interplanetary prospectors excited. Asteroids contain deposits of water and other volatile compounds which might eventually provide fuel for spacecraft and hydration for astronauts.

This all explains why, over the last few years, a slew of space companies have been exploring the engineering challenges of asteroid mining. The United States and Luxembourg lead the way thanks to favourable space regulations introduced by their governments. Indeed, in April 2020, President Trump signed an executive order encouraging American companies to mine the Moon, Mars and other celestial bodies for resources. Right now, NASA’s spacecraft OSIRIS-Rex is orbiting a near-Earth asteroid called 101955 Bennu. It’s due to return to Earth with rock samples in 2023. 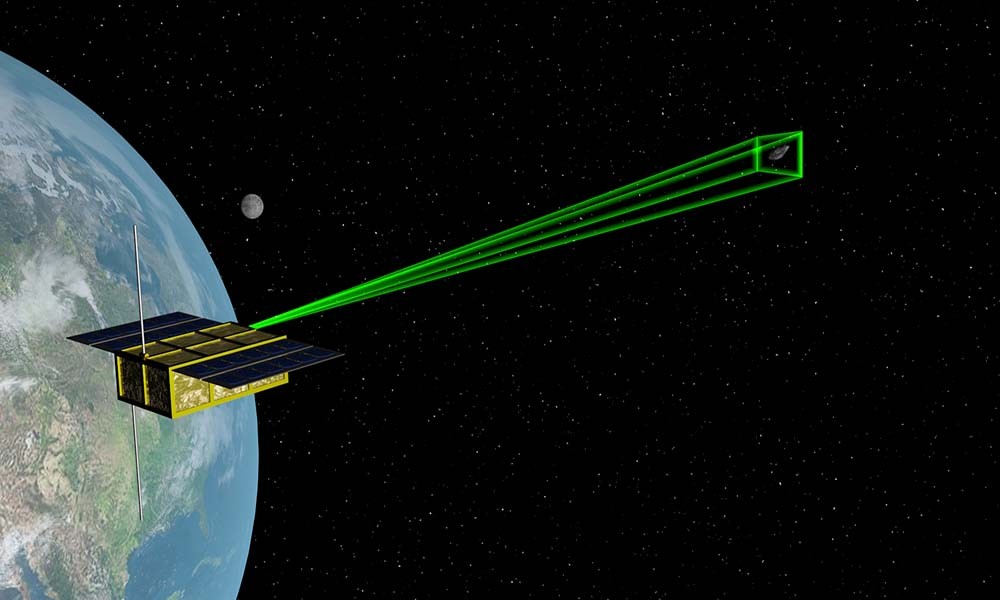 During the 2010s, American companies Deep Space Industries and Planetary Resources caused excitement within the space industry when they proposed asteroid mining projects. Both have since been acquired by parent companies and seem to have lost momentum.

There are many smaller outfits still in the fray, however. New Mexico-based Planetoid Mines, for example, plans to search for ice deposits on the Moon and use them to “generate rocket fuel, power, oxygen, heat and water”. Australian company NEORA claims it has developed a way of observing which asteroids are ripest for mining. Technology companies TransAstra, Kleos Space, OffWorld and ispace have all looked into developing devices that could help mine asteroids. One of the world’s leading mining universities, Colorado School of Mines, in the United States, even offers degrees in mining asteroids and planets. “The first program in the world focused on educating scientists, engineers, economists, entrepreneurs, and policy makers in the developing field of space resources,” is how it describes it. 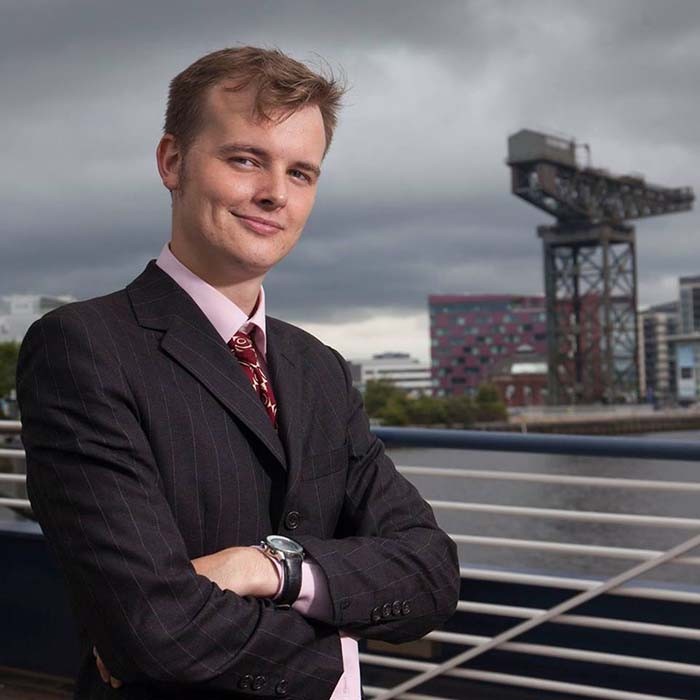 One British entrepreneur who hopes to make his fortune from extra-terrestrial minerals is Mitch Hunter-Scullion, head of Glasgow and Liverpool-based Asteroid Mining Corporation. He set up his company while still at university, inspired after writing his dissertation on the subject. Eventually he hopes to be part of an industry which mines near-Earth asteroids for platinum-group metals: these are the elements ruthenium, rhodium, palladium, osmium, iridium and platinum itself which are crucial for the electronics, glass and medical industries, and in industrial and vehicular catalytic converters. (Not to mention expensive wedding rings.)

Right now, Hunter-Scullion is looking for investors to help him build a satellite which will use spectroscopy (essentially an analysis of the reflected sunlight emitted from asteroids) to identify which near-Earth asteroids are optimal for platinum-group metals. Called the Asteroid Prospecting Satellite One (or APS-1), it is currently at design stage. Mitch says he needs £8 million over the next five years to build it. Even then, he would only be a prospector in any asteroid mining venture. Although he describes APS-1 as “the starting pistol for the asteroid rush”, he admits many other companies from multiple nations would need to join forces if they are to bring precious metals back to Earth.

“There’s no one company in the world that can mine asteroids on its own,” he told Chart. “Even for the first mining mission, you’re probably looking at a strategic partnership between several companies: a space operator like Airbus or Boeing who can provide space platforms; a launch provider like SpaceX; mining equipment and expertise from a company like Rio Tinto or Anglo American; and then we would slot in by providing the exploration data.”

There may be thousands of asteroids in near-Earth orbit, but only a very few are suitable for mining metals. As Hunter-Scullion explains, it’s a question of astro-dynamics. They can’t be careering too fast through space, or spinning too quickly, otherwise it's impossible to land a spacecraft on them. They need to be large enough (above a kilometre in diameter, he suggests) to provide the space for landing and the gravity conditions for mining operations to take place.

He believes there are between 150 and 180 near-Earth asteroids high in platinum-group metals. One in particular, called 3554 Amun, “seems to be one of the most promising candidates”, he says. It has a diameter of 3.34km and, back in the 1990s, was valued at $20 trillion. And then of course there’s 16 Psyche – the one NASA plans to visit in 2026 – which inevitably gets prospectors rather excited. Even then, no one is yet sure how the metals would be transported back to Earth.

Hunter-Scullion says that, with his prospecting satellite, his ultimate goal is to create “an empirical list” of the most viable asteroids for mining, with a view to selling that data.

In which case, does he see a future asteroid rush, with an army of space miners heading out to the stars to seek their fortune?

“An upper 90th percentile platinum-bearing asteroid that’s one kilometre in diameter could contain 100,000 tonnes of platinum and be worth around £10 trillion. There are considerable amounts of money to be made,” he says with more than a little understatement. “And we’re only just seeing the very beginning of space resources. The reason Donald Trump announced his executive order on space resources is because there are trillions of dollars to be made over the next 10 or 20 years. I think you’ll see big-time space entrepreneurs moving into space resources in the next few years.”

After so much hype, what the industry now needs is a successful first step to get space engineers and investors really excited. Perhaps the answer is an asteroid called 162173 Ryugu. In 2018 a Japanese spacecraft called Hayabusa2 visited Ryugu to survey it and capture rock samples. Right now those samples are on the long journey back to Earth, due to parachute down into the Australian outback in late 2020. Space entrepreneurs like Hunter-Scullion will be more than a little keen to examine them. 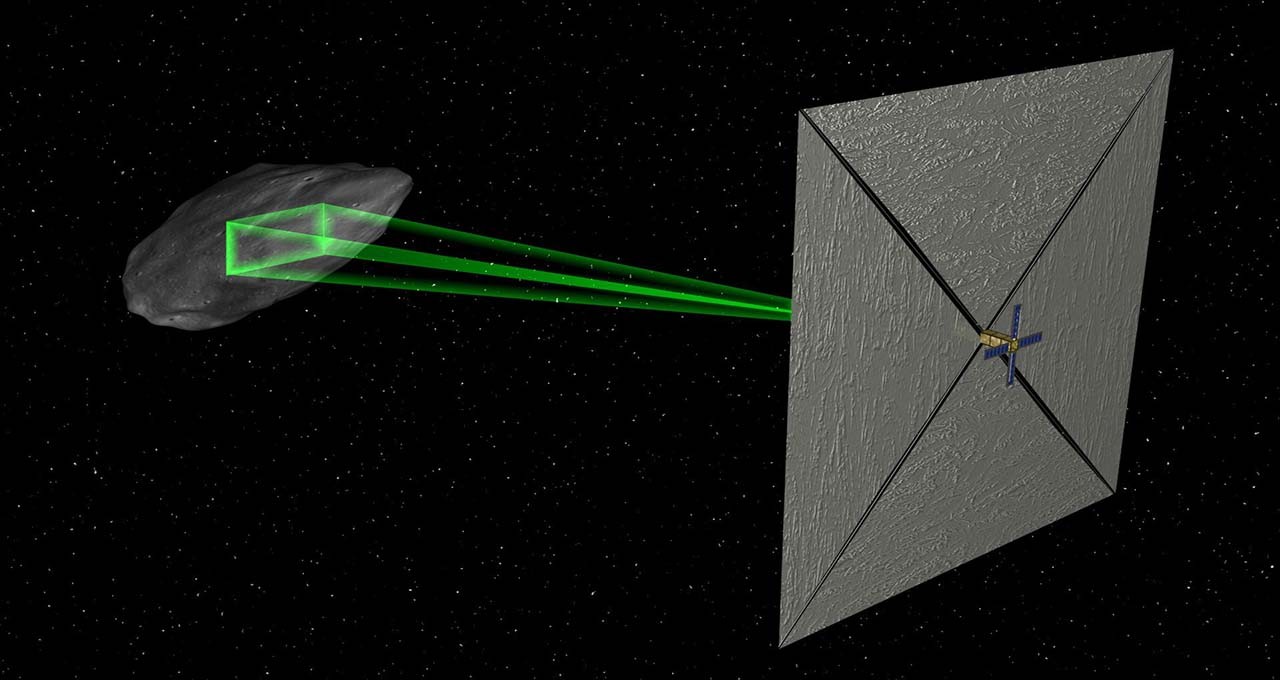