Invasion of the murder hornets!

An invasive species of Asian hornet is killing North American honeybee populations and, in turn, threatening the continent’s agriculture.

They’ve been nicknamed “murder hornets”. While that may sound sensationalist, it’s not entirely untrue. The world’s largest hornet, the Asian giant hornet, has crossed the Pacific from Asia to North America – experts can only speculate how – and currently threatens honeybee populations in the US state of Washington and the Canadian province of British Columbia. But does it pose a threat to humans too?

This menacing insect, also known as Vespa mandarinia, is native to low mountain and forest regions of temperate and tropical Asia. With a body length of around 45mm and a wingspan of 75mm, it has an orange head, a brown thorax, and a black and orange striped abdomen. Its most unnerving feature, however, is its six-mm-long stinger that delivers a searingly painful venom. “Like having red-hot thumbtacks driven into my flesh,” said one unfortunate beekeeper in British Columbia. After multiple stings, there’s even a risk of death. Asian people occasionally perish from cardiac arrest or anaphylactic shock as a result.

More serious, however, is the effect this invasive species could have on farming across North America. Honeybees are vital pollinators of all sorts of fruit and vegetable species – as much as a third of the food we and our livestock eat. If this invading hornet gained a foothold on the continent, and killed enough American bees, it could, in time, disrupt the entire agricultural industry.

“A small group of Asian giant hornets can kill an entire honeybee hive in a matter of hours,” says the Washington State Department of Agriculture. “The hornets enter a slaughter phase where they kill bees by decapitating them. They then defend the hive as their own, taking the brood to feed their own young.”

Karla Salp works for department. She told Chart magazine she was alarmed by the Asian giant hornets’ “potential impact on honeybees, human health and agriculture”.

This small but vicious insect was first spotted in North America in 2019 – on Vancouver Island, British Columbia and in Blaine, Washington. Scientists believe the species originally crossed the Pacific in a cargo ship.

It was beekeeper Ted McFall who made the find in Blaine. “There were thousands of bee bodies strewn all over the ground in front of the beehive,” he remembers. “And I noticed that they were all decapitated. It was just more carnage inside the beehive. There were just bees chopped up left and right. There were bee heads everywhere. It’s horror-movie violent.” McFall estimates that he lost 60,000 of his honeybees in the hornet attack.

Back in Asia, honeybees have evolved to defend themselves against these aggressive bullies. Under attack, they team up in a large swarm, forming a giant bee ball around the offending hornet. By quivering their muscles fibres over a period of time, they create intense heat inside the bee ball which eventually roasts the hornet to death.

But American honeybees haven’t needed to develop such tactics, and are defenceless against the new invaders. Fortunately agriculture officials are now coming to their aid. The Washington State Department of Agriculture told Chart magazine how they set live traps for the hornets. Once they catch one they attach a radio transmitter to it – they are that large – in order to track it back to its nest. The species nests on the ground, often in rotting tree trunks or vacated rodent burrows. Once the nest has been located it can easily be eradicated. The department is also encouraging locals to set their own home-made traps in their back gardens, using sweet liquids as a lure.

McFall warns that rapid action is crucial. “If we can get rid of them right now, there’s still hope,” he says. “It’s basically a now-or-never situation. If we don't deal with it now, then it's going to spread over the entire United States.”

And, for the agriculture industry, that would be very bad news indeed. 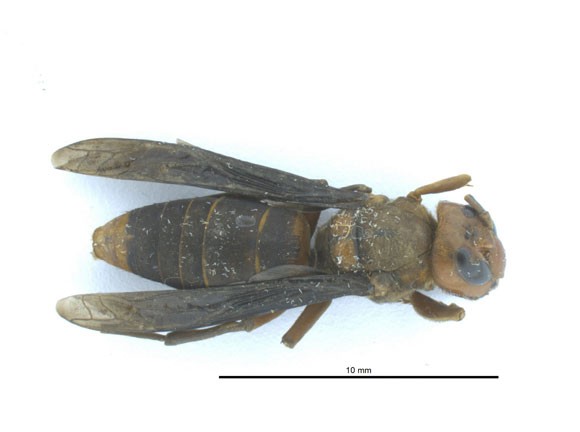 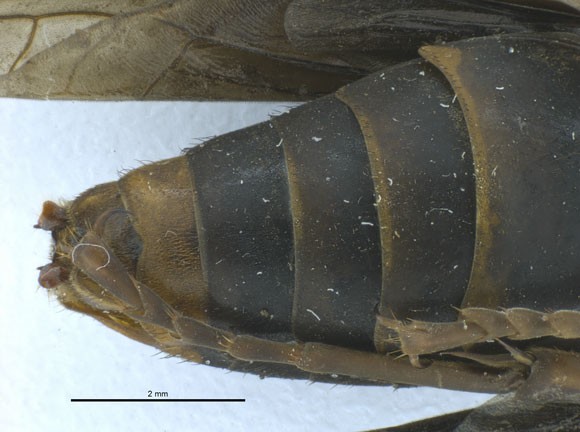 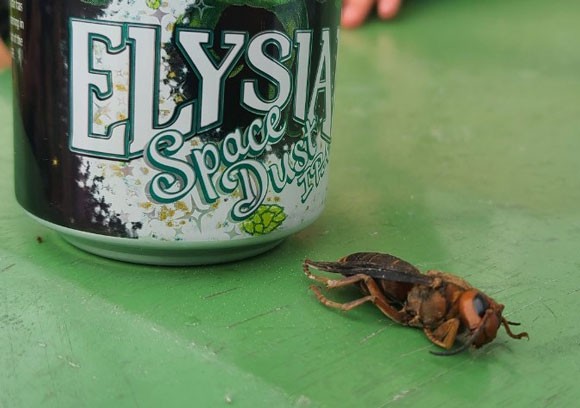