For 27 years, Concorde offered luxury at twice the speed of sound. Indeed, the supersonic airliner still holds the record for the fastest transatlantic crossing by a commercial plane.

The pioneering jet was retired in 2003, following the crash of Air France Flight 4590 which killed 113 people. But supersonic travel could be about to make a triumphant return.

American company Boom Technology has designed an airliner which might eventually fly at Mach 2.2 (1,688mph), connecting it between New York City and London in just three hours and 15 minutes. What’s more, advances in aerodynamics and fuel efficiency mean that tickets may cost the same as business-class fares.

Boom is currently testing a one-third-scale model – the XB-1 Baby Boom. If it proves successful, the company’s customers – including Japan Airways and Virgin Group – hope to introduce supersonic routes as soon as 2025. 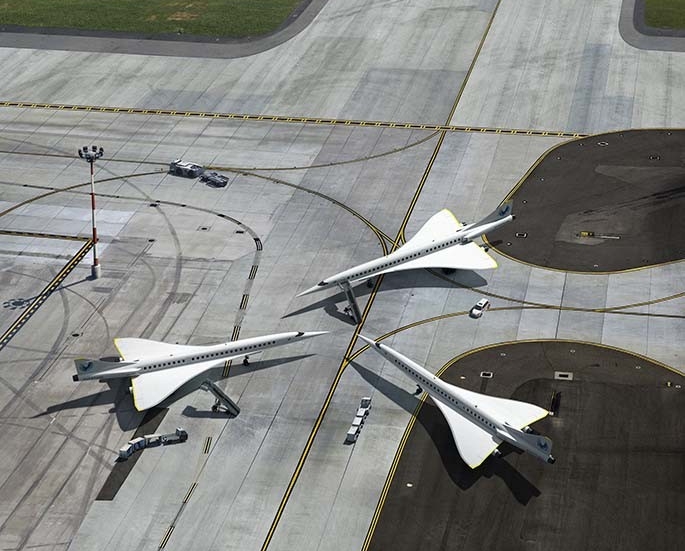 Above: Boom Technology has designed a supersonic airliner which might eventually fly at Mach 2.2 (1,688mph).

Space tourism to blast off 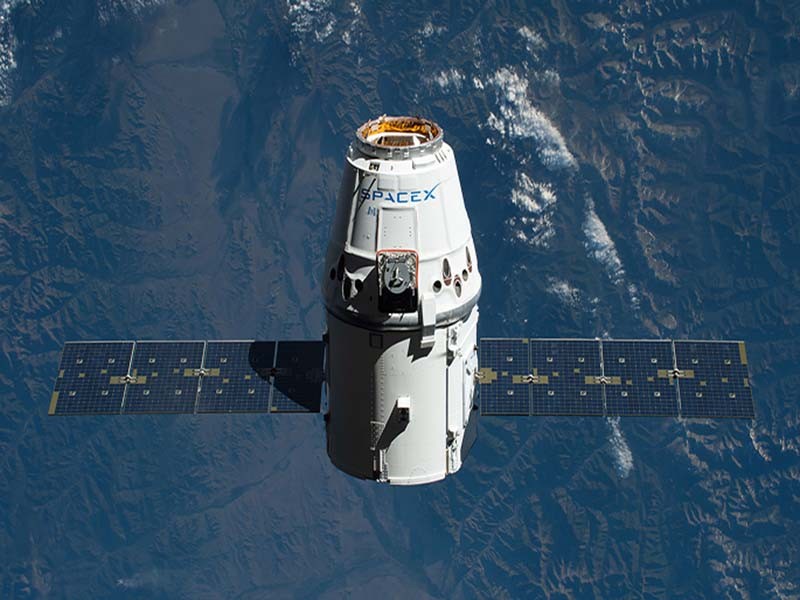 Above: SpaceX's Falcon 9, one of the spacecraft to be used in a commercial mission.

Fancy an intergalactic vacation? American space transportation company SpaceX has announced it will send three tourists to the International Space Station in late 2021. You won’t need a passport – just deep pockets. A ticket for the 10-day trip is said to cost around US$55 million.

The market for off-world tourism was boosted by NASA’s recent announcement that it would open up the space station to more commercial activities. The mission will use SpaceX’s Falcon 9 rocket and Crew Dragon spacecraft, while partners Axiom Space will handle logistics and provide passengers with NASA-level astronaut training.

The history-making flight could be the first of many commercial missions to the International Space Station and beyond. SpaceX also announced it has joined forces with American space tourism company Space Adventures to send four private citizens into orbit around the Earth in early 2022.

Fukushima will always be remembered as one of the worst nuclear disasters in history. Now, nine years after the earthquake that triggered the meltdown of the Fukushima Daiichi power plant, the Japanese prefecture is reinventing itself – as a renewable energy hub.

The local government has announced a US$2.75 billion project that will see Fukushima powered by 100 per cent renewable energy by 2040, compared to just 40 per cent today.

The first stage of the project, funded by Development Bank of Japan and Mizuho Bank, includes construction of 11 solar farms and 10 wind farms on abandoned land. It should generate a total output of around 600MW of electricity – roughly two-thirds that of an average nuclear power plant. The second stage will add geothermal and biomass power stations. 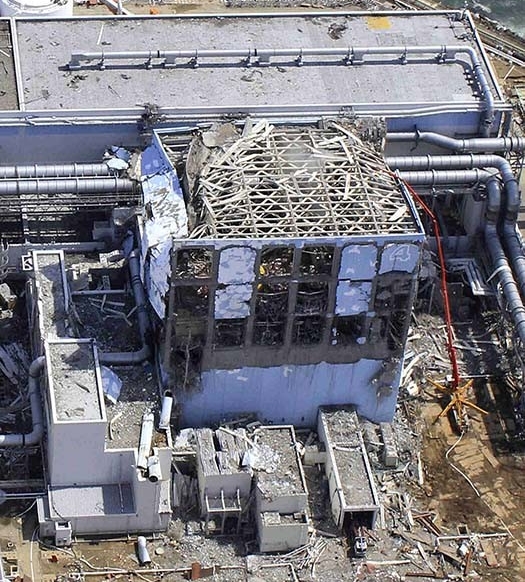 Above: The remainds of a building following the meltdown of the Fukushima Daiichi plant. 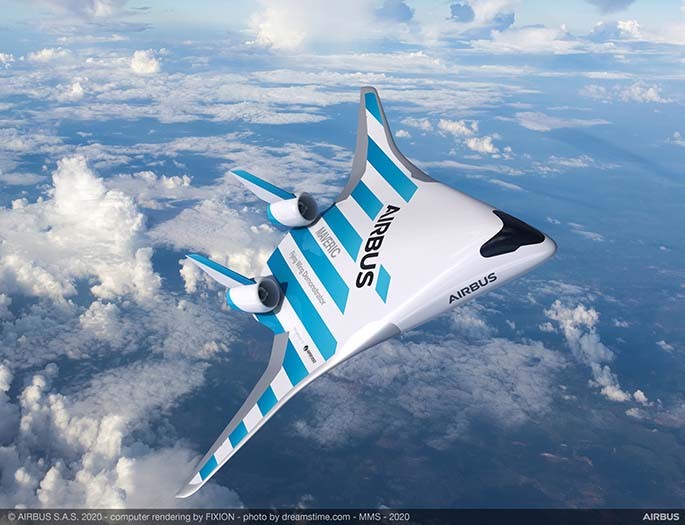 Above: The Airbus MAVERIC.

Remember what international air travel used to be like? One aspect you certainly won't be missing is the lack of legroom in economy class.

Fortunately Airbus has come up with a radical new aircraft design concept that could make flying a lot less cramped. The Airbus MAVERIC boasts what the company calls a “blended-wing body”, featuring a spacious cabin that benefits from wide aisles, extra legroom and a first-class experience for all.

The aviation giant says the unusual wedge-shaped aircraft would also “burn up to 20 per cent less fuel” than a traditional jumbo jet, and that the shielded engine, mounted in the centre of the plane’s body, would make trips significantly quieter.

Will such a radical design ever take off? To prove the concept works, Airbus has test-flown a 3.2 metre-wide remote-controlled model.

You can watch it in action here: https://www.youtube.com/watch?v=pgDRkNseNxU

A group of scientists from Hong Kong claims it can create energy from falling rain. The team, from City University of Hong Kong, have invented a new device called the droplet electricity generator. They say a single drop of rain hitting it generates 140 volts – enough to briefly light up 100 small LED light bulbs.

Harnessing the electric charge caused when a droplet of water hits an electrode is not a new idea, but this new device is said to deliver a power density “thousands of times” higher than earlier generators.

It may not be practical yet, but the technology could one day be installed on any surface that comes into contact with rainwater – from the roof of a building to the surface of an umbrella.

A group of scientists from Hong Kong have invented a new device that they claim can generate energy from falling rain. 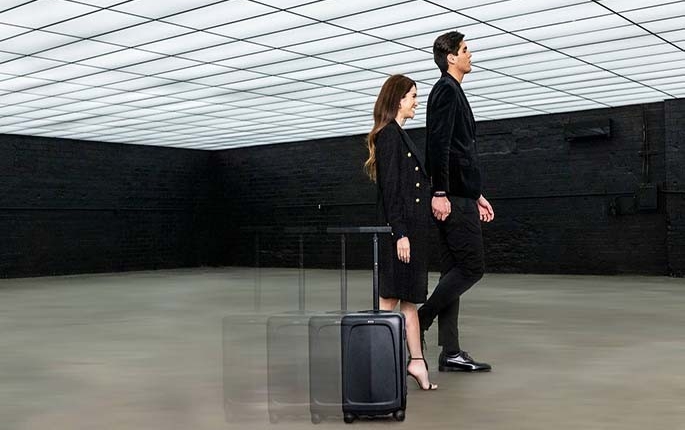 Above: The Ovis suitcase, which uses self-driving technology to move alongside its owner.

Lost luggage could soon be a thing of the past, thanks to a revolutionary motorised suitcase designed by robotics firm ForwardX.

Unlike standard suitcases, the Ovis (priced US$399) uses self-driving technology to follow its owner around airports, hotels, even city streets. Sensors and cameras help it avoid obstacles.

The loyal but perhaps rather creepy gadget comes with a wristband that gently vibrates if the owner separates from it by more than two metres. And should thieves steal the case, built-in GPS and 3G technology allow owners to track its location in real-time. There are also functions to remotely lock the case, charge your phone and test the weight of the case.

All very impressive. Until you find yourself running to catch a plane, that is. Ovis’s top speed is just 6mph.

Driver fatigue is a serious problem. A survey by British motoring association, the AA, found that one in eight UK drivers admit they have fallen asleep – albeit briefly – behind the wheel.

To combat the problem, Russian internet giant Yandex has devised a camera that detects drowsiness. The Signal Q1 maps 68 points on a driver’s face and — with the help of machine learning — detects when a driver is tired or distracted.

The company, which operates taxi apps in partnership with Uber, wants to keep a close eye on drivers’ attention levels. Too many blinks or yawns and the camera will automatically suspend the driver from service until they get some rest.

Yandex hopes to roll out the automated device, which can be fitted to any windscreen, later this year. And in a further boost to passenger safety, the company is developing an app that uses voice recognition to identify exactly who is behind the wheel.

Russian internet giant, Yandex has devised a camera that detects drowsiness in drivers. 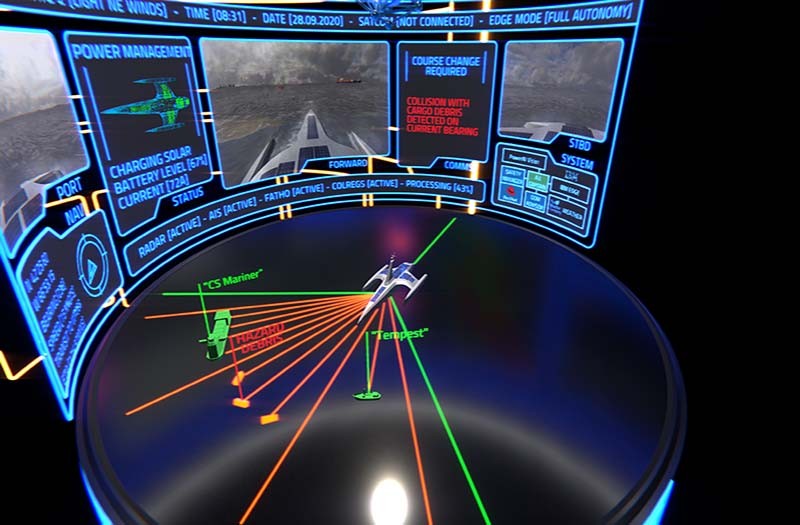 The Mayflower Autonomous Ship will use artificial intelligence to navigate the Atlantic with no human captain or crew.

In September 2020, one of the world’s first fully autonomous ships is due to attempt an Atlantic crossing with no human captain or crew on board. The Mayflower Autonomous Ship will use artificial intelligence to make its own decisions and chart its own course, avoiding other ships, buoys, icebergs and floating debris.

The futuristic vessel, currently being built by UK-based Promare, will trace the route of the 1620 Mayflower – the ship that transported settlers from Plymouth, UK to Plymouth, USA.

The manufacturers claim it will genuinely make its own navigation decisions. “Many of today’s autonomous ships are really just automated,” says Don Scott, who works on the project. “[They are] robots which do not dynamically adapt to new situations and rely heavily on operator override.”

If all goes to plan, the unmanned Mayflower will prove that artificially intelligent captains are capable of operating independently in one of the most challenging environments on the planet.