US unveils hypersonic Air Force One

A hypersonic aircraft could allow future presidents of the United States to fly from New York to London in just 90 minutes, instead of the seven hours it takes today.

The US Air Force has awarded American aerospace company Hermeus $1.5 million to develop an advanced jet capable of transporting up to 19 government officials at speeds of Mach 5 (3,800mph or 6,100kph). Back in February, Hermeus tested a prototype turbine-based hypersonic engine that would see the plane take off and land at normal speeds, but switch into hypersonic mode for the middle section of the journey.

Though too small to head up the Air Force One fleet – that job is typically performed by an iconic blue and white Boeing 747 – the new jet would have other advantages. When travelling at five times the speed of sound, it would outpace most missile defense systems. According to Hermeus founder Skyler Shuford, the company plans to build a demonstration plane by 2025 and a commercial version five years later.

Alauda has already tested a remote-controlled version. Thanks to a seven-figure investment deal, it intends to stage competitive racing with human drivers on board in 2020.

“We want to start a whole new golden age of flying motoring,” says Matt Pearson, founder of Alauda. “What we’ve done is merge an F1 car with a racing drone and turned it into something completely new. The future of racing is here.” 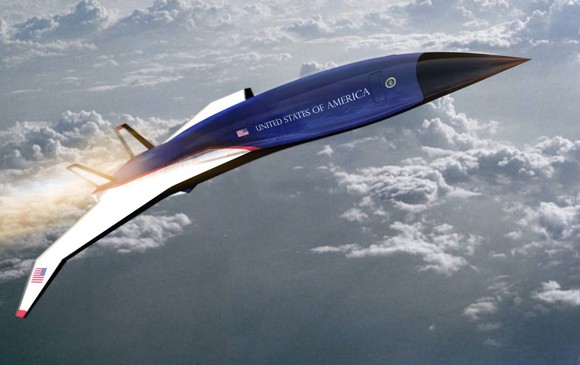 Could liquid hydrogen be the next big thing in American trucking? US manufacturer Nikola has ambitious plans to build hydrogen-powered electric trucks capable of travelling up to 750 miles (1,200km) between refuelling stops.

The company, often called the Tesla of trucking, recently began work on a $600 million factory in Arizona where it hopes to produce 35,000 trucks a year by 2023. One of their models, the 1,000-horsepower Nikola Two, is said to accelerate twice as fast as a diesel equivalent and refuel in just 15 minutes. This is a huge advantage over trucks powered by electric batteries, which can require 30 minutes or more to charge.

“Hydrogen is a key to everything with Nikola,” says executive chairman Trevor Milton. “We are really an energy technology company. The trucks are just a product to consume the energy and help clean up the world.”

In addition to trucks, Nikola plans to build a network of 700 hydrogen-refuelling stations across North America by 2028. The company has orders for 14,000 fuel-cell trucks that it estimates will bring in $10 billion in revenue. In 2021, brewing company Budweiser will be the first major brand to test out the Nikola Two. 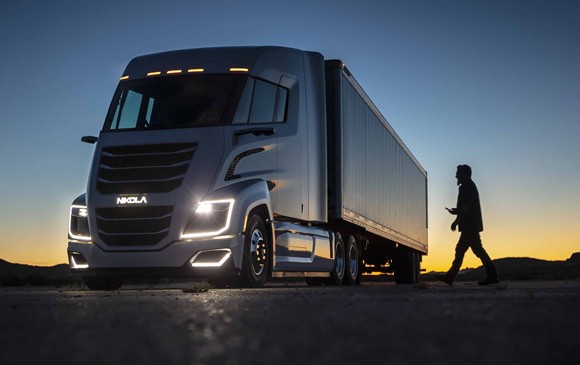 The age of (electric) sail

For proof that oil and water don’t mix, look no further than the world’s first 100 per cent electric tugboat. The Zero Emissions Electric Tug, or ZeeTug for short, has a towing power of 50 tonnes and a service speed of 10 knots. Powered by two 1,450kW lithium-ion battery packs, it takes around an hour to recharge.

The first of the pioneering vessels, manufactured by Turkish engineering firm Navtek Naval Technologies, went into service this year and operates in the Port of Tuzla, in Istanbul. Navtek claim the all-electric propulsion system will deliver 85 per cent lower operating costs and save 210 tonnes of carbon dioxide emissions a year, compared to a similarly sized diesel tugboat. What’s more, technicians can keep the boat in service by diagnosing and fixing electrical problems via the ZeeTug mobile app. The craft has proved to be so popular that Navtek plans to deliver three more by the end of 2020. 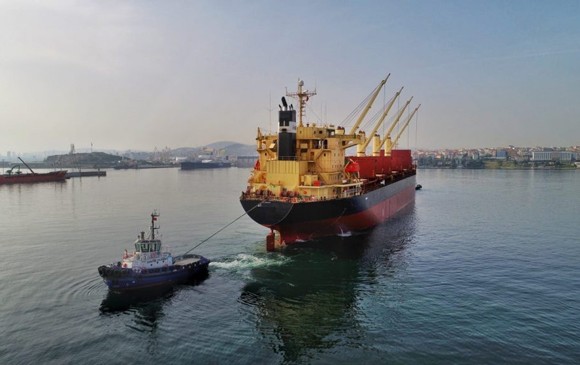 When Virgin Galactic’s customers take their £250,000 ride to the edge of space in SpaceShipTwo, they can expect a lot more than an in-flight movie and a bag of peanuts. The space tourism company recently unveiled the interior design of its long-awaited space plane. It features six seats that recline to absorb the forces of acceleration and 12 portholes to ensure spectacular views of the Earth’s curved horizon. At the peak of the flight, as six wealthy thrill-seekers float out of their seats for a few minutes of weightlessness, 16 high-definition cameras will capture souvenir film footage.

SpaceShipTwo has been in development for 15 years now, but could be within months of taking off. The company says it has already taken more than 600 reservations from customers in 60 countries but is awaiting final approval from US aviation regulators before launching. 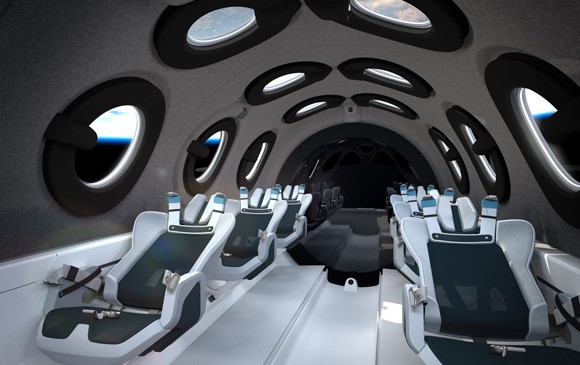 Cutting the cord for wireless electricity

Already the technology exists to recharge mobile phones wirelessly. Now, an energy start-up in New Zealand hopes to scale up this technology to an industrial level. If they’re successful, they could eventually consign copper wires, pylons and undersea power cables to history.

Auckland-based Emrod Energy claim they have invented a method of wirelessly transmitting electricity over long distances. It works like this: two antennae, similar to large satellite dishes, are placed a few kilometres apart. Using electromagnetic waves, electricity is transmitted from one antennae to the other.

Right now the system only works when there’s a line of sight between the two antennae. But, in the future, it could function across huge distances – possibly thousands of kilometres – allowing energy to be beamed all over the world. It could mean an end to shortages and blackouts.

“We envisage using this to deliver electricity in remote places, or across areas with challenging terrain,” says Nicolas Vessiot from Powerco, the partner company of Emrod Energy.

The system could even be used to wirelessly charge electric vehicles – just as quickly as we power up today’s mobile phones. 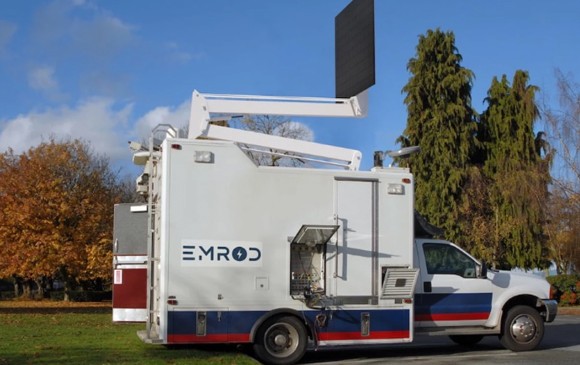 Belfast Harbour is famous for being the shipyard where the doomed RMS Titanic was built. Now there are plans to build electric hydrofoil ferries there. A consortium that includes Artemis Technologies, a spin-off from America’s Cup sailing team Artemis Racing, has secured £33 million from the UK government to develop an electric hydrofoil propulsion system that will enable vessels to operate using up to 90 per cent less energy and with zero emissions.

Artemis CEO and double Olympic champion Iain Percy OBE hopes that the project will create 125 research and development jobs by 2025. “For years, we’ve been designing low-energy, high-performance solutions for some of the fastest yachts on the planet,” he said. “We will now utilise that knowledge and, along with our partners, apply it to build the world's most environmentally friendly high-speed ferries, capable of carrying up to 350 passengers.” 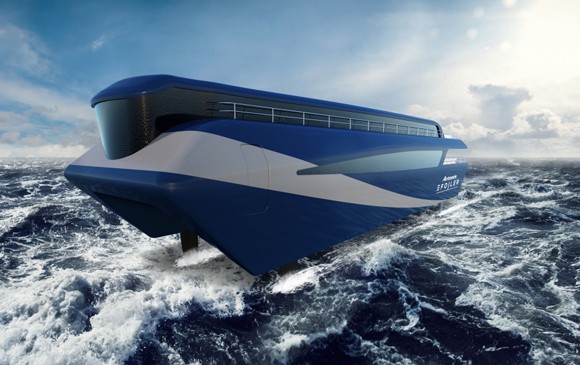 For proof that the internal combustion is in decline, look no further than Germany. To encourage its citizens to use cleaner cars and to stimulate the economy, the German government recently offered buyers up to €6,000 towards the cost of buying or leasing a new electric vehicle. It meant that drivers could lease cheaper electric cars – a brand new Renault Zoe, for example – without paying a single cent. “If we had more sales staff, we would have sold even more,” said Wolfgang Huber, head of sales for Berlin-based car dealer Autohaus Koenig.

The Renault Zoe has a 52 kWh-capacity battery and a range of up to 245 miles (400km) on a single charge. Electricity costs just three pence per mile – far less than petrol or diesel, at around 13 pence per mile.

Nevertheless, Germany is a long way behind Norway, where in the first half of 2020, electric cars comprised almost half of the country’s car sales. The Norwegian government says it hopes to ban petrol cars by 2025. 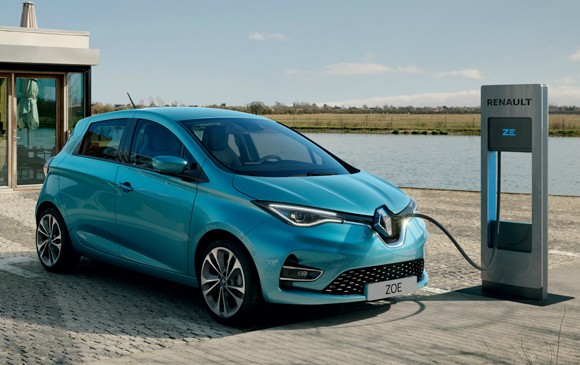 According to the United Nations, global beef and dairy farming generates more harmful emissions than all the cars on the planet. In response to this problem, technology companies have created a new food they’re calling “clean meat”.

It all began with The Impossible Burger, a plant-based burger made from soybeans but which looks, smells and tastes eerily like a juicy hamburger. The company behind the invention was recently valued at over £2 billion.

Now, UK company Higher Steaks hopes to find similar success with the world’s first laboratory-grown bacon, made from a mixture of animal cells and plant material. The fake bacon is not vegan but is a sustainable alternative to farming traditional pork. Just don’t expect to see it in the supermarket yet – it’s still a prototype and costs around £1,000 per kilo to manufacture. 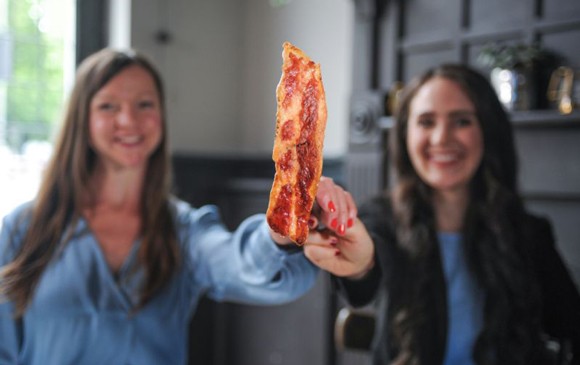