Electric plane gets its wings

The age of electric flight is upon us. For proof, look no further than the Pipistrel Velis Electro – the world's first fully electric aeroplane to receive certification from the European Union Aviation Safety Agency. This high-tech two-seater features a 58kW electric motor that weighs just 20kg. Fed by two batteries – one in the nose and one behind the cockpit – it costs just 1 Euro per hour to run, and takes just an hour to charge. Intended primarily for pilot training, it can remain airborne for up to 50 minutes at a time, making short-haul electric flight a reality.

Fancy putting one to the test? Swiss pilot school AlpinAirPlanes GmbH, based in the town of Ecuvillens, hopes to deploy the first of 12 planes at ten different airstrips by the end of 2020.

A group of scientists at Israel's Tel Aviv University claim to have invented a way to charge batteries, using nothing more than humidity. “We sought to capitalise on a naturally occurring phenomenon: electricity from water,” explains Professor Colin Price, who led the research. “Electricity in thunderstorms is generated only by water in its different phases — water vapour, water droplets, and ice.”

By studying the way that clouds form and release huge electric discharges through lightning, Price and his team discovered that when humidity rose above 60 per cent, tiny amounts of voltage could be harvested from the air. The harvesting process is simple: metal plates made from zinc attract the charge, similar to static electricity. By slotting a battery between the two metal plates in such a humid environment, anything from a hairdryer to an electric car could potentially run on hot air. 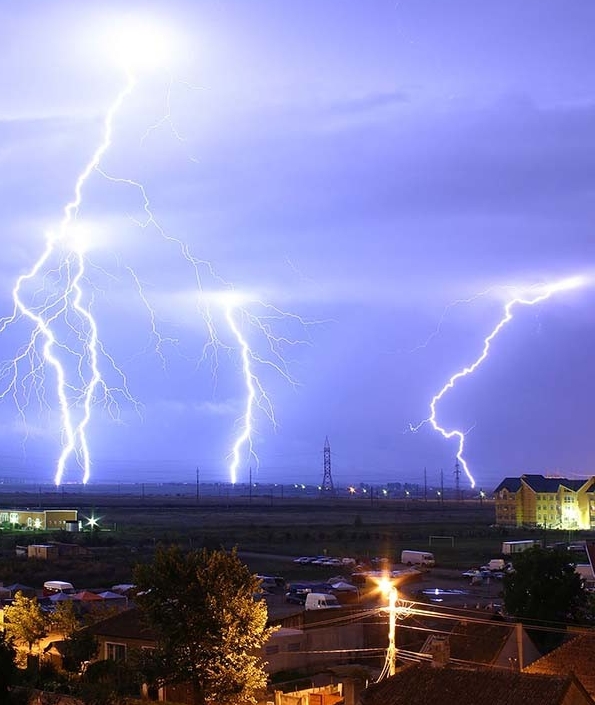 Above: Lightning over Oradea, Romania

It’s tough to believe, but still more than half the planet – around four billion people – remains unconnected to the internet. Could satellite internet be the solution?

Elon Musk, the founder of Tesla and SpaceX, thinks so. This tech visionary has been launching large stacks of satellites into orbit as part of his Starlink project to improve global internet coverage. Each satellite features a compact, flat-panel design, allowing it to be mass-produced cheaply. The most recent launch saw a batch of 58 Starlink satellites added to the 480 already in orbit.

Musk hopes to create a network of 12,000 satellites that will beam high-speed internet to every corner of Earth by 2022. 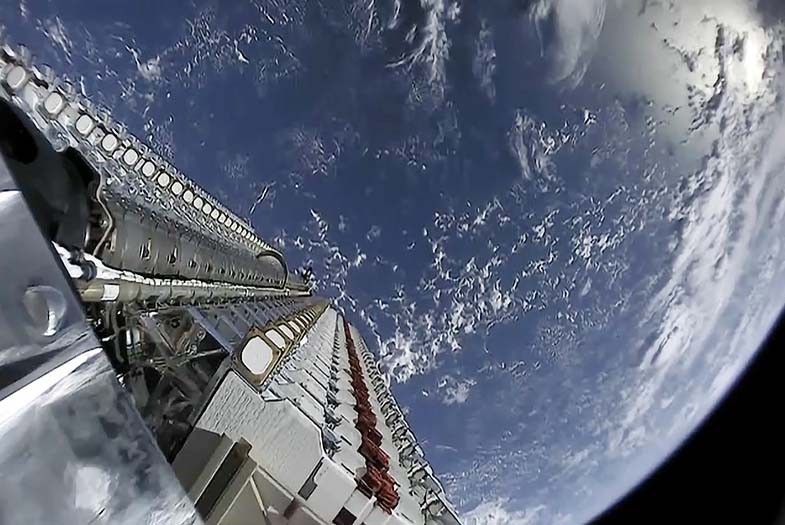 It may not be long before we see driverless buses in cities all over the European Union. A new project called FABULOS is unleashing pilot schemes over the summer of 2020 on short routes in three European cities: Helsinki (Finland), Gjesdal (Norway) and Tallinn (Estonia). Come the winter, further tests will take place in Lamia (Greece) and Helmond (Netherlands).

Various bus manufacturers and software companies are involved, all keen to prove their prototypes are cost-effective, safe from hackers and capable of navigating busy junctions. The best-performing bus will be announced in 2021. 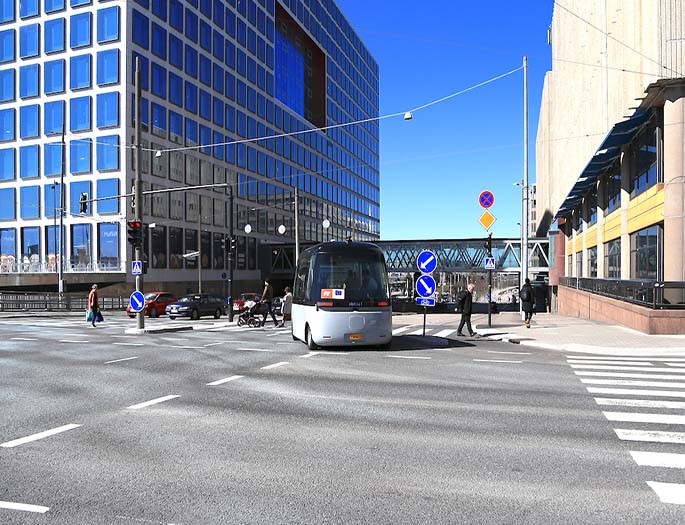 Back in 1997, IBM's Deep Blue supercomputer shocked the world when it defeated chess champion Garry Kasparov. Now, artificial intelligence is ready to compete for higher stakes…

The US Air Force recently announced that it will stage the first ever dogfight between a human fighter pilot and an artificial intelligence-controlled drone in 2021.

According to Lt Gen Jack Shanahan, head of the Pentagon's Joint Artificial Intelligence Center, “This is less about the success of beating a human in 2021, but learning about what it takes to build a different kind of system.”

But don't worry. Live weapons aren’t likely to be used. 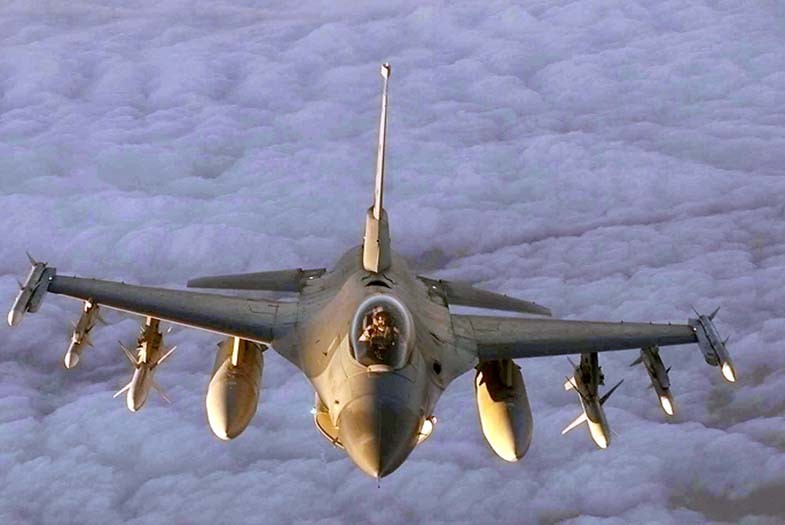 Above: The US Air Force has announced that it will stage the first ever dogfight between a human fighter pilot and an artificial intelligence-controlled drone in 2021.

Whether it’s sea transport, commercial aviation or heavy industry, many key sectors of the global economy rely on fossil fuels such as diesel. Switching to renewable electricity could take decades, so what’s to be done in the meantime?

Enter something known as e-fuels – liquid fuels made by exposing carbon dioxide and hydrogen to extreme heat. While the process sounds simple, it has proven to be inefficient and expensive, which has so far resulted in limited success.

German company Sunfire thinks it has achieved a technological breakthrough, however. Their pioneering Sunfire-Synlink system promises cheap e-fuels on a truly industrial scale. The processing plant, which fits inside a shipping container, has already proved it can deliver fuel much more efficiently than normal.

This year Sunfire plans to scale up production of e-fuels in partnership with German steelmaker Salzgitter AG.

Volkswagen isn't just trying to reduce emissions in its cars – it has also launched the world’s first car-carrying ship powered by clean liquid natural gas (LNG). At 200 metres by 38 metres, the MV Siem Confucius is the largest car-carrier ever built, with 13 car decks and two 1,800-cubic metre liquid gas tanks.

Mikael Adler is from MAN Energy Solutions, the supplier of the LNG-powered engines. “Ship owners, generally, can be quite conservative, so I’m really happy that we have made this first major step,” he said. “I think we will now see the LNG boom take hold.” 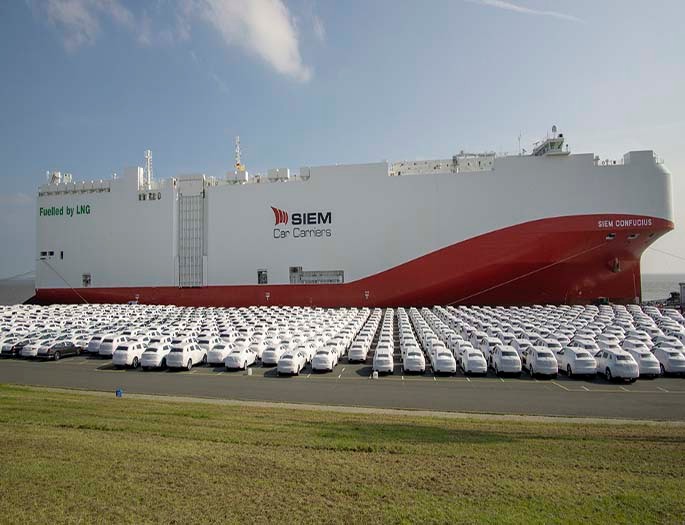 Russian farmers are expecting a bumper wheat crop this year – thanks to a fleet of self-driving combine harvesters. A joint venture between Cognitive Pilot, Sberbank and Rusagro will see 242 harvesters fitted with autonomous driving software technology during the 2020-2021 harvesting seasons.

The firm’s software uses a live feed from a video camera located in the harvester’s cockpit to manoeuvre the vehicle and detect whether fields have been ploughed or not. The precision technology should boost efficiency and leave the human operator free to monitor other crucial aspects of the process, such as the height of the spinning wheel that pushes the crop towards the blades.

Cognitive Pilot says that the system – which can also be installed in other agricultural machinery, including tractors – could see Russia’s grain production costs fall by five per cent. 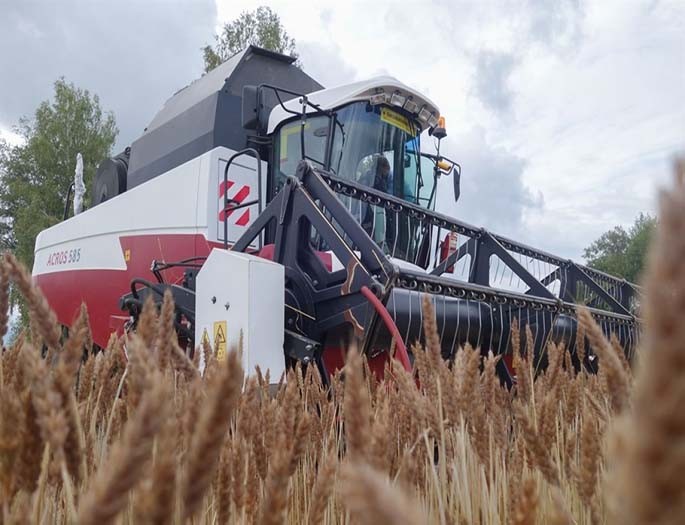 Above: A self-driving combine harvester to be used in the 2020-2021 harvesting season in Russia.