Global transport, energy and technology are evolving faster than ever. These innovations – some far-sighted, others just pipe dreams – are on the MS Amlin radar.

The rise of the wind ship

Commercial sailing ships may have died out 150 years ago, but in the quest for fuel efficiency and lower carbon emissions, wind-powered ships might soon stage a comeback.

Take Dutch engineering firm eConowind, for example, which plans to fit container ships with giant vertical wings that harness the power of the wind. They call it Ventifoil technology. Hidden inside each Ventifoil is a powered electric fan that sucks out the layer of air flowing over each wing (known in fluid mechanics as the boundary layer). This reduces drag and allows the captain to ease off the throttle.

In February 2020, eConowind’s wind-assist technology was deployed commercially for the first time, with two 10-metre-high wings attached to the Dutch vessel MV Ankie. According to eConowind CEO Frank Nieuwenhuis, the system can “save up to 20 per cent of fuel on a good day”.

With contactless deliveries more popular than ever, demand for self-driving cargo vehicles is booming. Meet one of the smartest of its kind: the six-wheeled Starship. This autonomous robot is capable of crossing the street, climbing curbs and even operating in snowy conditions.

According to its San Francisco-based manufacturers (also called Starship and launched by the co-founders of Skype), each battery-powered robot can carry loads weighing up to 9kg and roam as far as four miles on a single charge. The invention has already been tested in over 100 cities worldwide.

Users simply place a delivery order via an app and drop a pin where they want the delivery sent. Once the robot arrives, users unlock the cargo area using their smartphone.

Starship currently employs human operators to monitor each robot and take control when needed, but the firm hopes to expand its army of self-driving delivery robots all over the world. 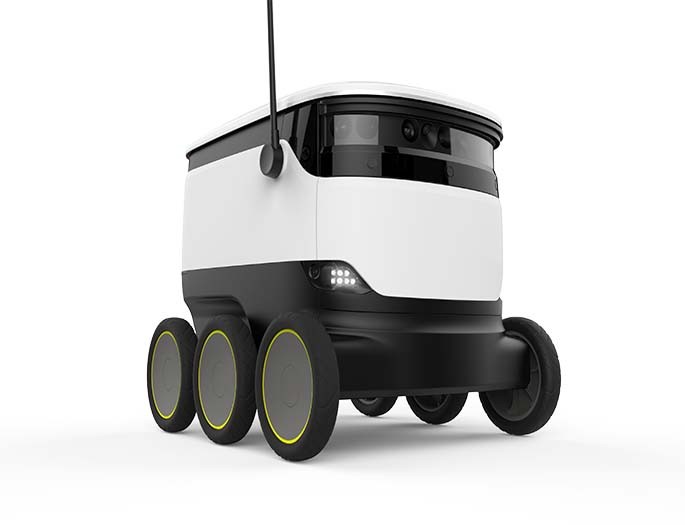 Above: Starship, an autonomous robot designed by the San Fransisco-based manufacturer of the same name, capable of carrying loads up to 9kg and travelling as far as four miles.

Charge your iPhone with fruit?

Durian fruit is famous across Asia for its deliciously creamy taste and overpowering odour. But could it also be the key to eco-friendly electric charging?

A team of scientists at University of Sydney’s School of Chemical & Biomolecular Engineering believe they have invented a process that effectively turns durian into a powerful battery for mobile phones, laptops, even electric cars. They claim that waste from the fruit can be used to make carbon aerogel super-capacitors.

“Carbon aerogels make great super-capacitors because they are highly porous,” explained Professor Vincent Gomes, part of the research team. “We then used the fruit-derived aerogels to make electrodes which we tested for their energy storage properties, which we found to be exceptional. Super-capacitors are like energy reservoirs that dole out energy smoothly.” 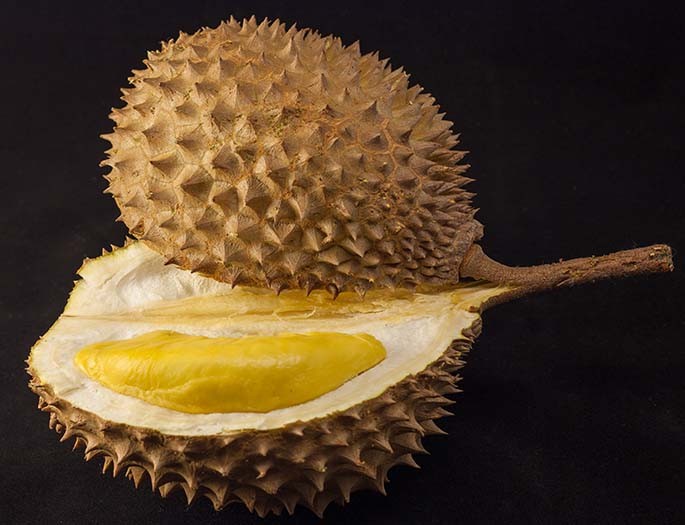 NASA has long planned to collect a sample of soil from Mars and bring it back to Earth, in the hope of finding signs of current or past alien life. Now, thanks to their Perseverance rover, they are a step closer to achieving this.

The vehicle is due to be sent to Mars in July 2020. If the launch goes to plan, the car-sized robot will land on the Red Planet in February 2021 and use an on-board drill to collect a sample of precious soil. Perseverance will be joined on Mars by a second spacecraft in 2028 which will launch the sample back into orbit – the first time a spacecraft will have taken off from the surface of Mars.

Finally, a third spacecraft will join the second craft in orbit and transport the Mars sample back to Earth. Expected arrival date? 2031. That’s a long time to wait for soil, but well worth it if there are signs of extra-terrestrial life. 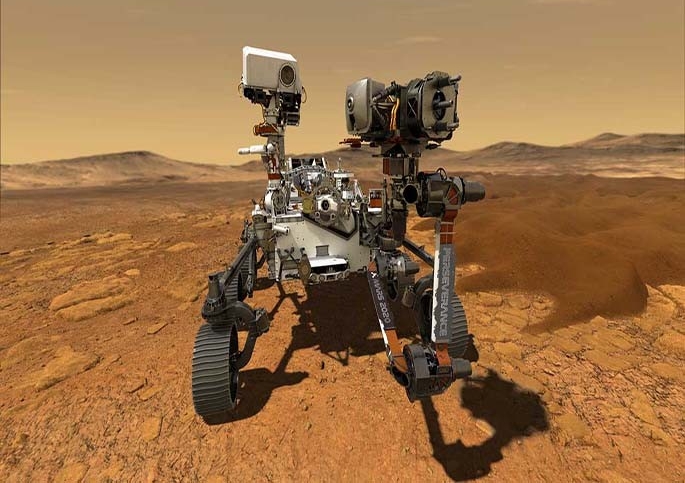 The answer to plastic river waste

“To truly rid the oceans of plastic, we need to close the tap, preventing more plastic from reaching the oceans in the first place.”

So says Boyan Slat, 26-year-old founder of The Ocean Cleanup, a not-for-profit company that hopes to use giant floating conveyor belts to pick up trash from a thousand or so of the world’s most polluted rivers.

Here’s how it works: floating barriers guide rubbish towards the mouth of the solar-powered conveyor belt – known as the Interceptor – which then traps it and prevents it from flowing out into the ocean. From here, the waste is automatically funnelled into one of six dumpsters. A computer then alerts a local team when the dumpsters are full and ready to be towed away. The waste can later be recycled into anything from water bottles to building materials.

According to Slat, each of the Interceptors can extract 50,000kg of trash from a river every day. There are currently only two in operation but the firm aims to deploy 1,000 machines by 2025.

Above: The Ocean Cleanup's 'Interceptor', capable of extracting 50,000kg of trash from polluted rivers.

Question: what do you get when you cross a helicopter with a drone? Answer: the Jaunt Reduced Rotor Operating Speed Aircraft (ROSA) – billed as “the world’s safest air taxi”.

In the event of engine failure, most passenger drones tend to plummet to the ground due to their small rotors. Some deploy a parachute, but if the vehicle is less than 40 metres from the ground, there isn’t enough time for it to open.

The Jaunt ROSA solves all these problems. This 200mph air taxi features a large, powerful top rotor for vertical take-off and landing, as well as four mini electric rotors to boost speed and agility. Crucially, in the event of a total loss of power, the upward flow of air would cause the top rotor blade to continue spinning, allowing the craft to simply float down to the ground.

Jaunt has already partnered with Uber, and could begin operating flying taxis as soon as 2022.

Norwegian energy firm Equinor is planning the world’s largest floating offshore wind farm. In 2022 Hywind Tampen will be used to power five Snorre and Gullfaks oil and gas platforms in the North Sea.

This ground-breaking $550 million project will consist of 11 8MW wind turbines generating a combined 88MW. It’s estimated that Hywind Tampen will meet 35 per cent of the annual power demand of the five platforms – although that figure could be much higher on windy days.

“About 80 per cent of the global resource potential for offshore wind is in deep waters, and floating offshore wind may play an important part in the energy transition towards more sustainable global energy supply,” said Equinor’s chief executive Eldar Saetre.

The company says use of turbines on its platforms will cut its carbon emissions by more than 200,000 tonnes a year – the equivalent of removing 100,000 cars from the roads.