A passion project amongst four engineers with the ambitious goal to develop, build and launch an unmanned, autonomous vessel to cross the Atlantic Ocean.

Sponsored by MS Amlin Marine NV and embarking on a bold journey from Portugal to Guadeloupe, the unmanned #autonomous vessel set sail earlier this week. 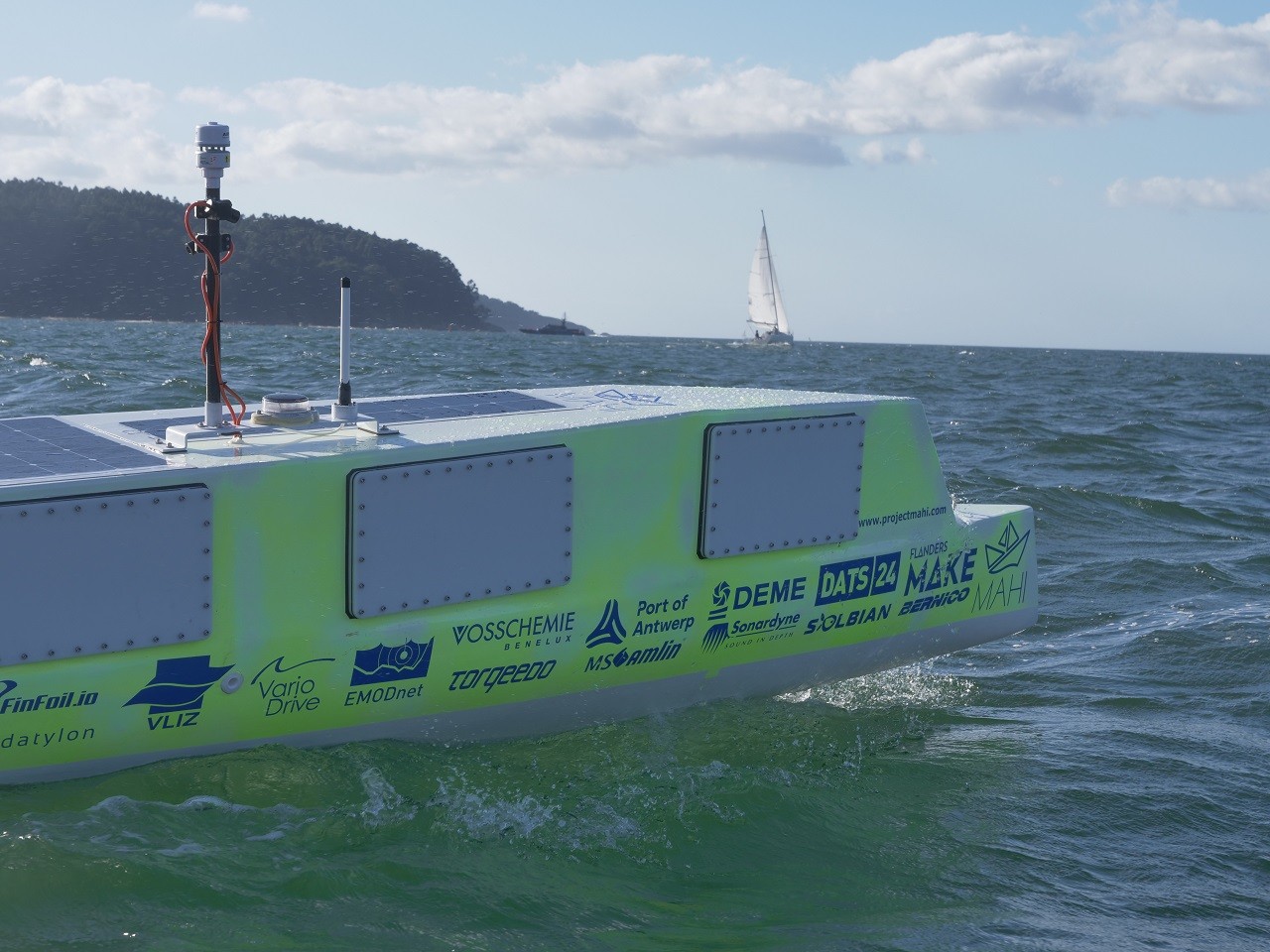 The projected route takes Mahi from east to west, from Europe to the Caribbean. To our knowledge this will be the first time an autonomous unmanned surface vessel crosses the Atlantic Ocean.

Starting in France, the first challenge is to cross the heavy traffic from and to western Europe. Mahi will cross one of the heaviest marine traffic areas on the globe. Diving down to lower latitudes, passing the Azores, before crossing the Atlantic Ocean. Steering straight south is done for several reasons:

After dipping down, Mahi will direct its bow towards the west to reach the warm waters of the Caribbean. During this trip Mahi will make autonomous decisions to avoid collision with other vessels.

After a successful recovery of Mahi One in 2019, the team have thoroughly analyzed the causes of the unsuccessful attempt and identified the necessary modifications. At the end of 2019 and beginning of 2020, they set out to look for additional sponsorship to fund a second attempt. Three great sponsors joined Project Mahi: Flanders Make, DATS 24 and DEME. Several others also agreed to continue their valuable support. With this new financial backing in place, the team decided to go for a second attempt.

Spring 2020, the Project Mahi team began updating and upgrading the design of the numerous systems which make up an autonomous vessel. Modifications included:

Summer 2020, Bernico powerboats performed the composite works using Vosschemie products on the deck of Mahi Two to result in a fully self-righting vessel. The stability after modification was experimentally validated (see the instagram post)

The team has been actively testing and validating all systems, starting with the testing of components and subsystems up to full system tests. Initially, full system tests were conducted on the canal connecting the Scheldt and Brussels. Since August 2021, they have been back in the ‘Marine Station of Ostend’, using this as a base station for tests on the North Sea, thanks to VLIZ. The Mahi Two was put through its paces, logging 40km per test day.

Journey two is now live and can be tracked across the Atlantic Ocean through the updated tracking page (http://projectmahi.datylon.com/) with support from Datylon.

We as MS Amlin Marine NV, together with Vanbreda Marine have continued our support with a P&I insurance for the crossing of the Atlantic Ocean.

Mahi will be a mono-hull measuring 4 x 1 x 0.5 meter. The hull will be constructed from composite materials and is designed to be streamlined, strong and light while allowing a maximal deck surface for solar cells. The boat will communicate by exchanging data through an onboard modem, GPS and automatic identification system. The brain of the boat will be self-developed software running on embedded microprocessors to steer, communicate and manage the energy flows onboard.

MAHI IN THE FUTURE

One can imagine the abundance of applications for which autonomous vessels can be used.

Below are four examples to show how autonomous vessels could be used in the future: