Kitty Hawk, the US electric flight start-up funded by Google co-founder Larry Page, recently unveiled its third electric aircraft. The Heaviside is a third of the size of a Cessna light aircraft and almost 100 times quieter than a helicopter.

Designed to function as a flying taxi, the craft has eight rotors to power its vertical take off and landing capabilities. If all goes to plan, it could end up being so quiet that it lands on the roof of any skyscraper without disturbing the building’s occupants.

Kitty Hawk claims the ultra-light vehicle, which accommodates one pilot and one passenger, boasts a range of 100 miles (160km) and is fast enough to cover 55 miles (88km) in 15 minutes. 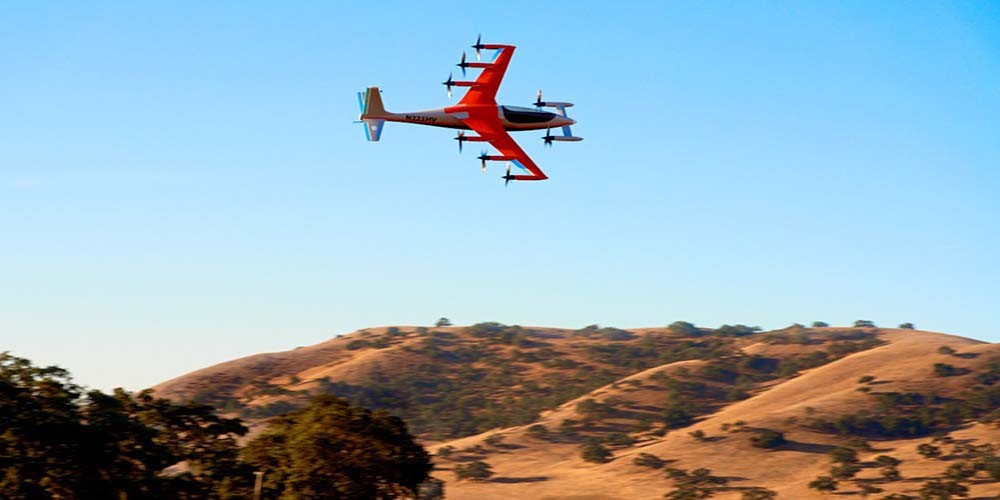 Scientists who live and work in Antarctica have long felt guilty about the environmental impact of their temporary camps. After all, they rely on electricity from fossil fuels, supplies airlifted in by cargo plane, and swarms of gas-guzzling snowmobiles.

Now, though, Antarctica’s first zero-emission research station is proof that sustainable living is possible in one of the most remote places on earth. Built in the eastern region of the continent, Princess Elisabeth Antarctica Research Station uses 100 per cent renewable energy supplied by the sun and the wind. 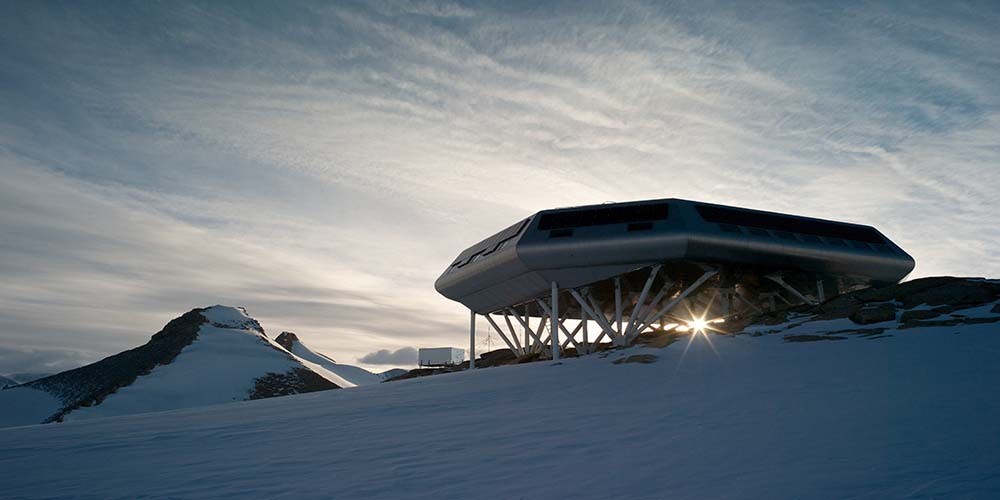 Solar panels are mounted high above the snow-covered ground to capture the 24 hours of daylight during the summer months. Wind turbines are drilled into the granite beneath the snow, removing the need for large concrete foundations. To prevent the blades from freezing up, special polar lubricants are used. The heat generated by renewable energy melts snow for water.

It’s by no means perfect. To conserve water, scientists are requested to shower no more than twice a week. But as expedition leader Alain Hubert says: “If we can do it here, we can show the world that it can be done anywhere.”

When ocean water is too deep for conventional wind turbines to be fixed to the sea bed, one solution is to use floating turbines instead. They’re easier to install, too, since they can be erected on shore and towed out to sea. The further offshore they are placed, the stronger and less variable the wind is that powers them.

Could this be the next great energy revolution? We’ll find out shortly, as the world’s largest floating wind turbine, designed by California-based Principle Power, began operating in November 2019.

It was the first of three 8.4-MW turbines due to be located 12 miles (20km) off the coast of Viana do Castelo in northern Portugal. Once all three are operational they will generate enough energy to power 60,000 homes.

This project is believed to be only the second floating wind farm in the world, after Hywind, a farm off the coast of Scotland. But according to industry body WindEurope, around 350MW of energy will be generated across Europe this way by 2021, increasing to around 5GW by 2030. 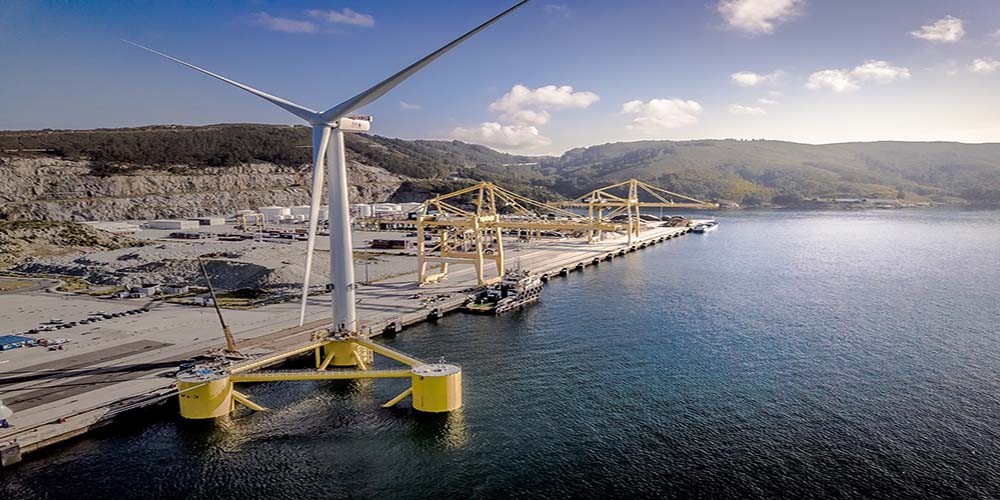 This unmanned firefighting boat could soon be tackling blazes at sea – without risking the lives of human firefighters.

The RALamander 2000, a collaboration between Canadian naval architect Robert Allan Ltd and marine technology specialist Kongsberg Maritime, can be remotely piloted from a nearby vessel or a shore-based control room.

The ingenious concept would enable first responders to direct the boat to neutralise a fire, or to investigate a suspected chemical or biological disaster, without subjecting human personnel to toxic smoke inhalation or unexpected explosions.

The vessel would be equipped with three water canons, positioned on a retractable and height-adjustable mast, capable of spraying 2.4 million litres of water per hour, as well as foam. If a burning vessel posed a risk to its surroundings, RALamander 2000 could also tow it away to a safe distance. 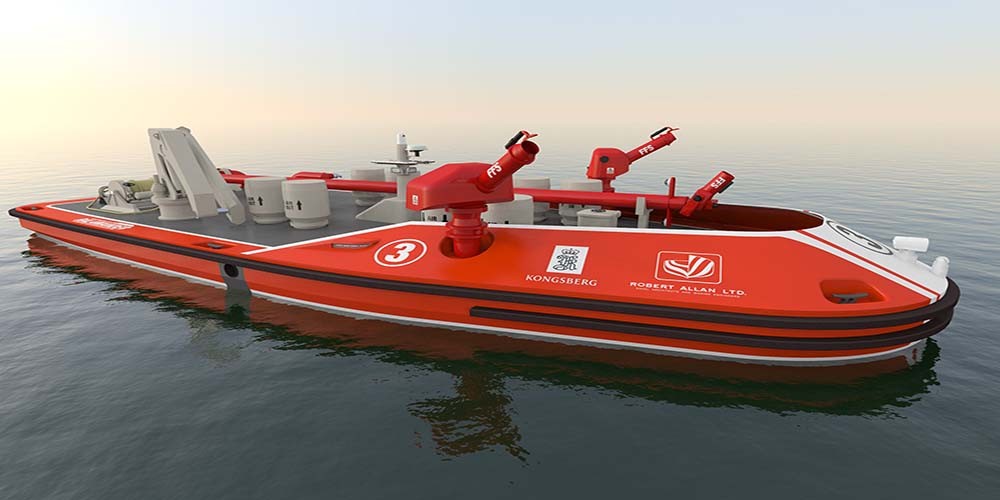 Could airships make a comeback?

This is the LCA60T (large capacity airship 60 tonnes), currently under construction by French manufacturer Flying Whales. It is one of the largest airships on the planet.

Powered by batteries, it’s designed to carry heavy-duty cargo to and from remote locations and is capable of keeping payloads in the air for weeks at a time.

Like the Zeppelins deployed during the First World War, this airship has a rigid inner frame. Unlike those early models, lift is generated using helium rather than hydrogen. The latter was the explosive gas that caused the infamous Hindenburg disaster.

The LCA60T has a maximum payload of 60 tonnes and can travel at speeds of up to 60mph (100kph) with a range of 620 miles (1,000km). Smaller cargo will be stowed in a hold, while larger objects – anything from electricity pylons or logged timber to entire homes – can be suspended from the built-in crane.

Testing begins next year, with the maiden flight scheduled for 2021. Sébastien Bougon, the company’s CEO, estimates that 150 machines will be built in the first ten years. 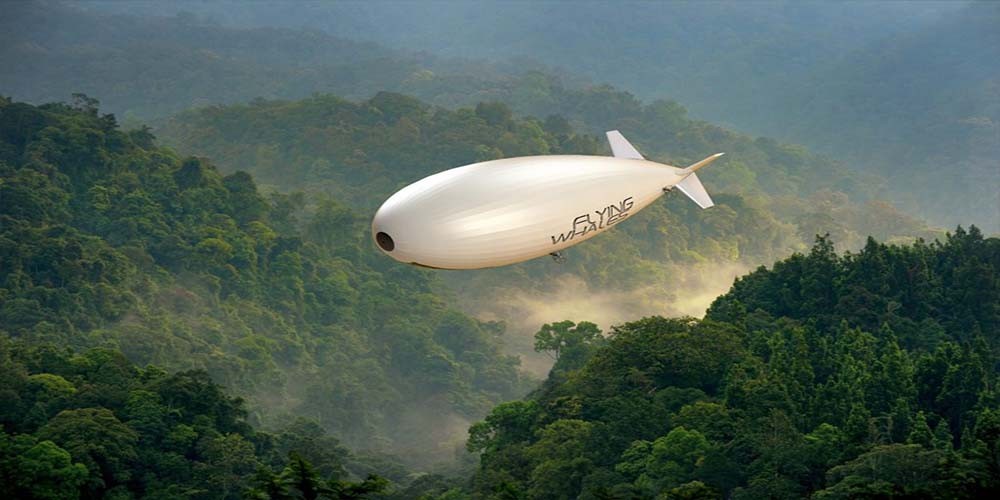 When you own a plane that can land itself at the push of a button, why bother hiring a pilot? That may be the question on the lips of those lucky enough to own a Cirrus Vision – a new US$2million private jet from US-based Cirrus Aircraft.

Of course, the manufacturers are not actually marketing this as a pilot-less plane. Rather, they’re incorporating a safety feature. Unlike large commercial airlines, private planes typically don’t require a human co-pilot. So, if only one person on board is capable of flying and landing the plane, and that person becomes incapacitated, the self-landing mechanism could save the lives of all those onboard.

Called the Safe Return emergency autoland system, the technology is an autopilot system created by Garmin. Hit a button and the aeroplane locates the nearest airport and notifies the emergency aviation channels. Passengers then just sit tight until they’re safely back on terra firma. 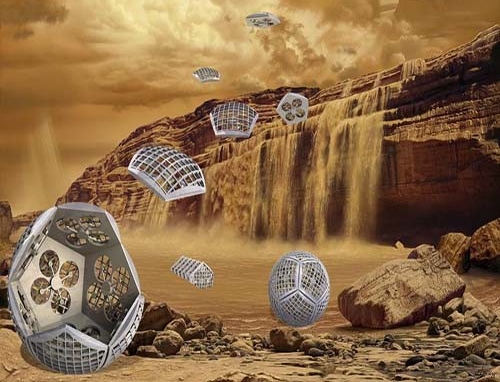 It sounds like something from a science fiction movie: a swarm of miniature robots that morph into different vehicles to explore alien worlds. But, according to NASA, this may soon become science fact.

The US space agency is experimenting with a concept called Shapeshifter – a spherical ball that splits apart into 12 individual flying drones.

The plan is for the device to travel to Saturn’s largest moon Titan where it would roll or swim around, exploring caves and seas. Then, on mission control’s command, the ball would break apart into 12 drones that could fly over higher ground, before once again reforming into a perfect sphere.

“We have very limited information about the composition of Titan’s surface,” says Ali Agha from NASA’s Jet Propulsion Laboratory. “Rocky terrain, methane lakes, cryovolcanoes… we potentially have all of these, but we don’t know for certain. So we thought about creating a system that is versatile and capable of traversing different types of terrain but also compact enough to launch on a rocket.”

Agha says it will be many years before Shapeshifter hitches a ride into space. In the meantime, Dragonfly, NASA’s first rotorcraft lander, is scheduled to set off to Titan in 2026.

It’s no secret that our planet has a plastic problem. The substance is ubiquitous, in our oceans, our food chains, even our bloodstreams. Worse still, much of it is petroleum-based and could take decades to biodegrade.

The solution? What about a new generation of eco-friendly plastics made from recycled chicken bones? As farfetched as this sounds, Israeli recycling company UBQ Materials claims to have invented a process that turns trash into plastic. Rotting food, dirty paper, animal bones and banana peels are chopped up and melted down into what the firm calls a “garbage caramel”. This sticky substance is then cooled into organic plastic pellets, all of them totally recyclable.

Unsurprisingly, the company is reluctant to reveal precisely how the magic happens, which has lead to plenty of healthy scepticism. However, UBQ Materials insists the process is commercially viable, allowing plastics manufacturers to make a profit.