A team of researchers from Switzerland and Norway has devised a plan to capture carbon dioxide and turn it into methanol, which could then be used as synthetic, carbon-neutral engine fuel. Writing in the science journal PNAS, they suggest building giant floating solar farms that will use solar power to extract carbon dioxide from seawater before mixing it with hydrogen to create the methanol.

The researchers say the ideal sites for such farms are in southeast Asia, northern Australia and the Arabian Gulf, where wave height rarely exceeds seven metres.

Critics have pointed out that it’s impossible to extract carbon dioxide on such a vast scale, but the team is busy building a prototype in the hope of proving them wrong.

Up, up and away

Could 2019 be the year that electric aviation takes off? Eviation – the aviation industry’s answer to Tesla Motors – recently showed off a prototype of its all-electric aeroplane.

The Alice is a nine-seater for regional routes under 1,000 miles. Its quirky design boasts three rear-facing propellers and a flat fuselage which minimises drag. This is essential since, unlike jet fuel, batteries don’t get lighter as the flight progresses.

When commercial flights begin – hopefully in 2022 – passengers will be able to cruise at 273mph. A conventional turboprop plane burns £320 worth of fuel on a 100-mile flight. The Alice, however, consumes just £10 worth of electricity, explaining why Eviation already has several orders on its books. 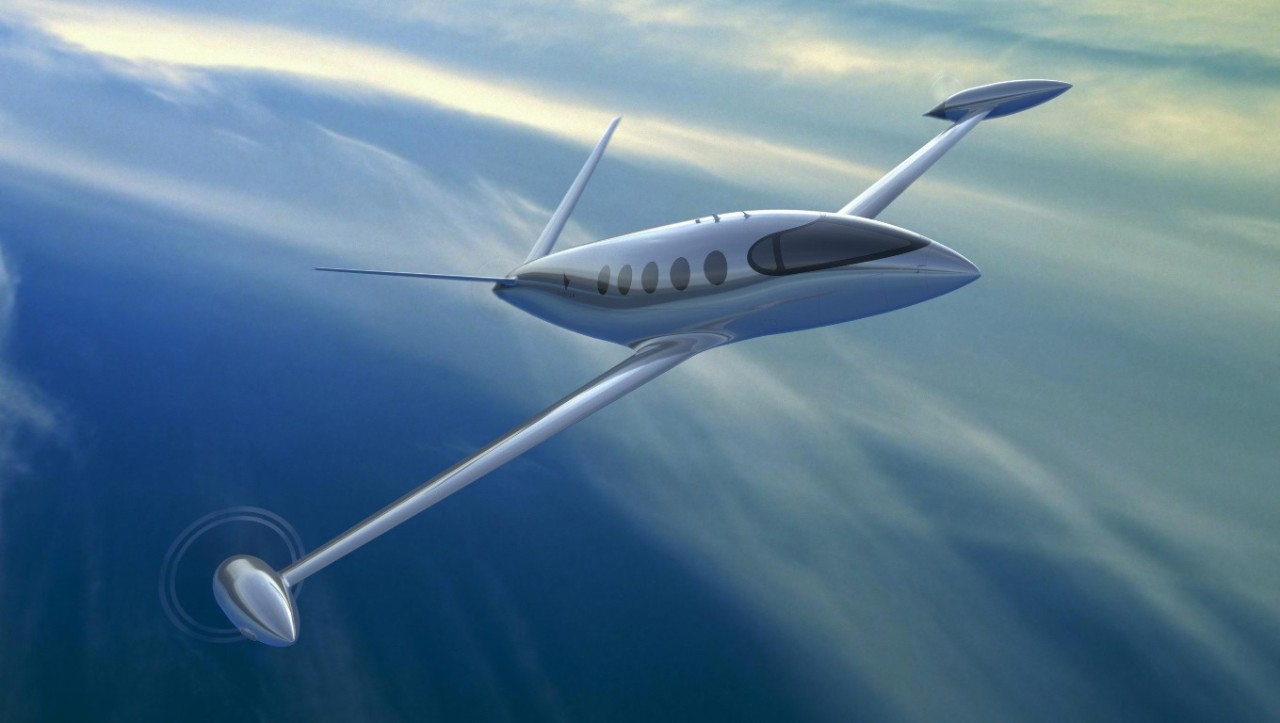 Electric cars that run on thin air? It sounds too good to be true, but construction of Sweden’s first smart road – complete with electric wireless chargers hidden beneath the surface – is due to start this year. 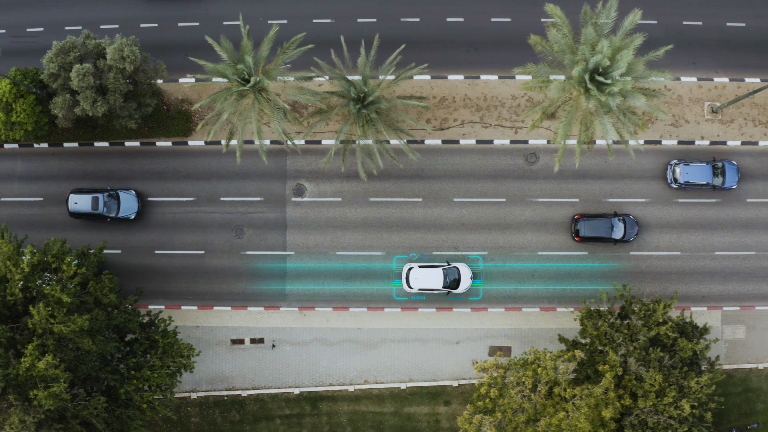 The technology is the brainchild of ElectReon, an Israeli company that wants to make charging your electric vehicle as easy as charging your toothbrush.

Here’s how it works: copper coils eight cms beneath the road surface transfer electricity to a receiver bolted to the car’s floor, charging the vehicle’s battery while in motion.

This could be a game-changer: electric cars won’t need huge battery packs, and self-driving trucks will be able to travel across continents without human assistance.

Sweden’s 1.6km-long Smart Road Gotland is due to be completed by 2022. If successful, the Swedish government plans to splash out £2.5billion on 2,000km of electric highways, ensuring its citizens will never have to stop for fuel again.

Out of this world

NASA is sending a drone-like helicopter to Titan, Saturn's largest moon. The nuclear-powered Dragonfly will spend two and a half years cruising around the 5,000km-wide moon, gathering data on the only body in the solar system other than Earth known to have lakes, rivers and seas on its surface. (You wouldn’t want to swim in these waters, though, since they're composed of liquid methane and ethane rather than good old-fashioned H2O.)

The aim of the mission is to seek out exotic forms of life in the surface and sub-surface liquids. “Dragonfly will visit a world filled with a wide variety of organic compounds, which are the building blocks of life and could teach us about the origin of life itself.” said Thomas Zurbuchen, from NASA’s headquarters in Washington DC.

The Flight of the RoboBee

Engineers at Harvard University have created a drone just 6.5cm long, and a quarter the weight of a paper clip. Called the RoboBee X-Wing, it has four tiny solar cells generating five volts of electricity and flapping four carbon-fibre wings. Harvard says future generations of drones will be larger and designed for outdoor use.

If all goes to plan, swarms of these micro-bots will be tasked with jobs such as crop pollination or searching for earthquake survivors. 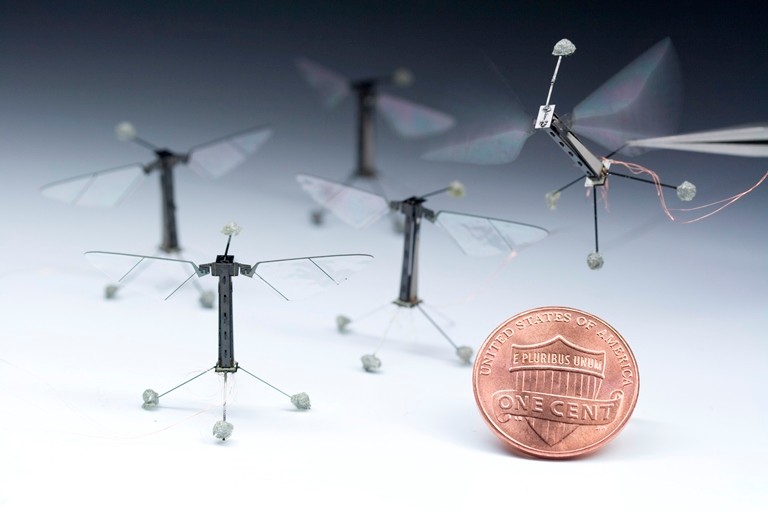 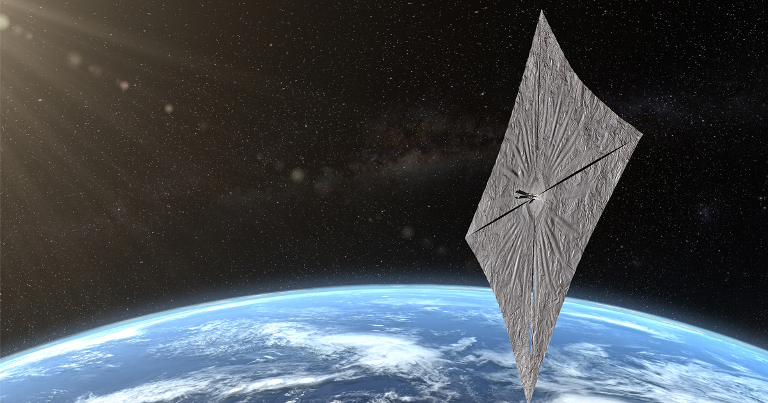 In 1608 the German astronomer Johannes Kepler wrote to Galileo speculating that there were “heavenly breezes” in space. Today, we know them as solar winds – the flow of charged particles emanating from the sun.

We don’t feel solar winds on Earth, but in the vacuum of space, a small spacecraft can sail along just fine on a gust of light particles.

To prove the theory, in June 2019, SpaceX launched a solar sail, called Lightsail 2, into Earth’s orbit. Its 32-square-metre sail (about the size of a boxing ring) will now propel it around our planet until the summer of 2020.

Unlike rocket thrusters, solar sails don’t run out of fuel, and could one day carry spacecraft to far-off planets.

Having taken to the skies with a full-scale, unmanned model, the Bristol-based company is now working on the infrastructure and cyber-security needed to launch the UK’s first inter-city air taxi. Initial services are planned across London, from Heathrow Airport to Canary Wharf – a 13-minute flight that would take a good 90 minutes in a road car.

With oceans warming up and becoming more acidic, coral reefs are dying at an alarming rate. Could underwater robots come to the rescue?

In Australia, a submersible called LarvalBot is helping to restore the Great Barrier Reef by dusting damaged sections with baby coral larvae.

Developed by the Queensland University of Technology, it also protects the larvae from their natural predators – a venomous species of starfish called crown-of-thorns seastar – that has devastated large parts of the reef. The submersible seeks out the pesky critters and administers a lethal injection to control their numbers. Perhaps a bit drastic, but an essential part of the effort to re-balance the reef’s fragile ecosystem.