Set sail for the future

Beneath the hull, for example, an air-lubrication system emits tiny air bubbles to reduce friction between the vessel and the seawater. Towards the stern, NYK has improved propulsion efficiency by ditching conventional propellers in favour of flapping foils that mimic the movement of dolphins.

To underline its green credentials, the craft even recovers waste heat from the fuel cells to keep the crew warm. 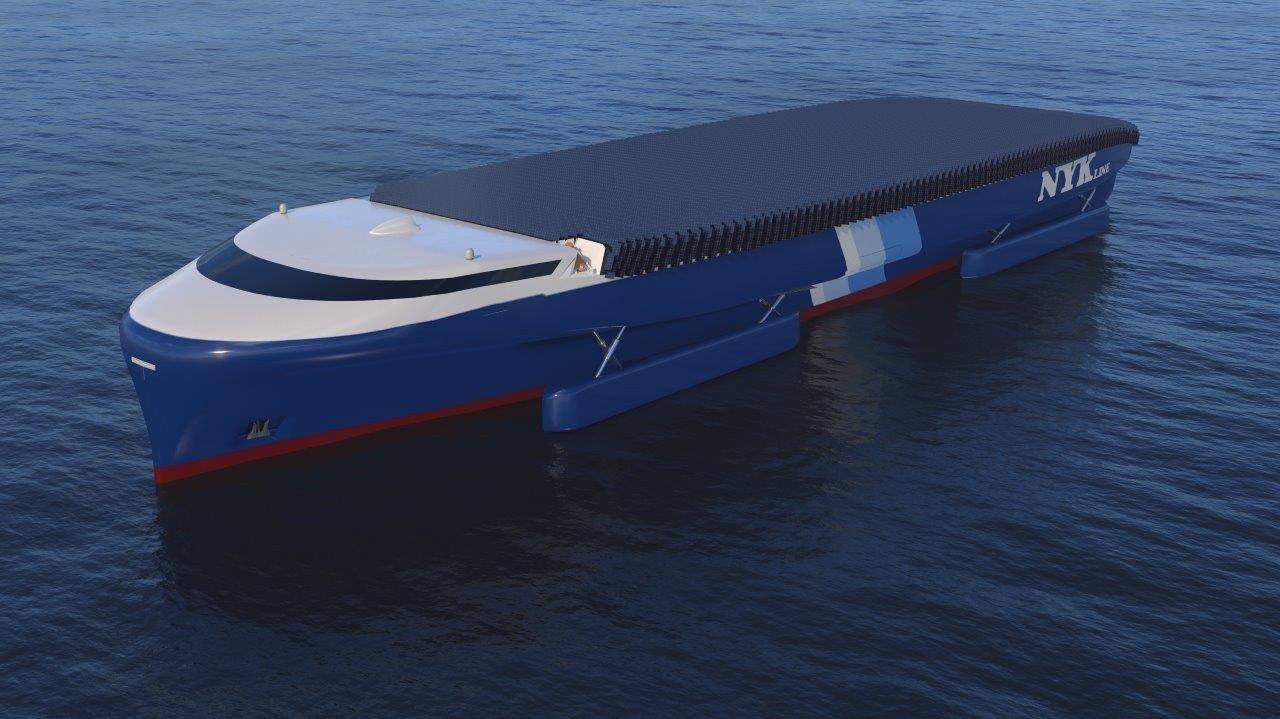 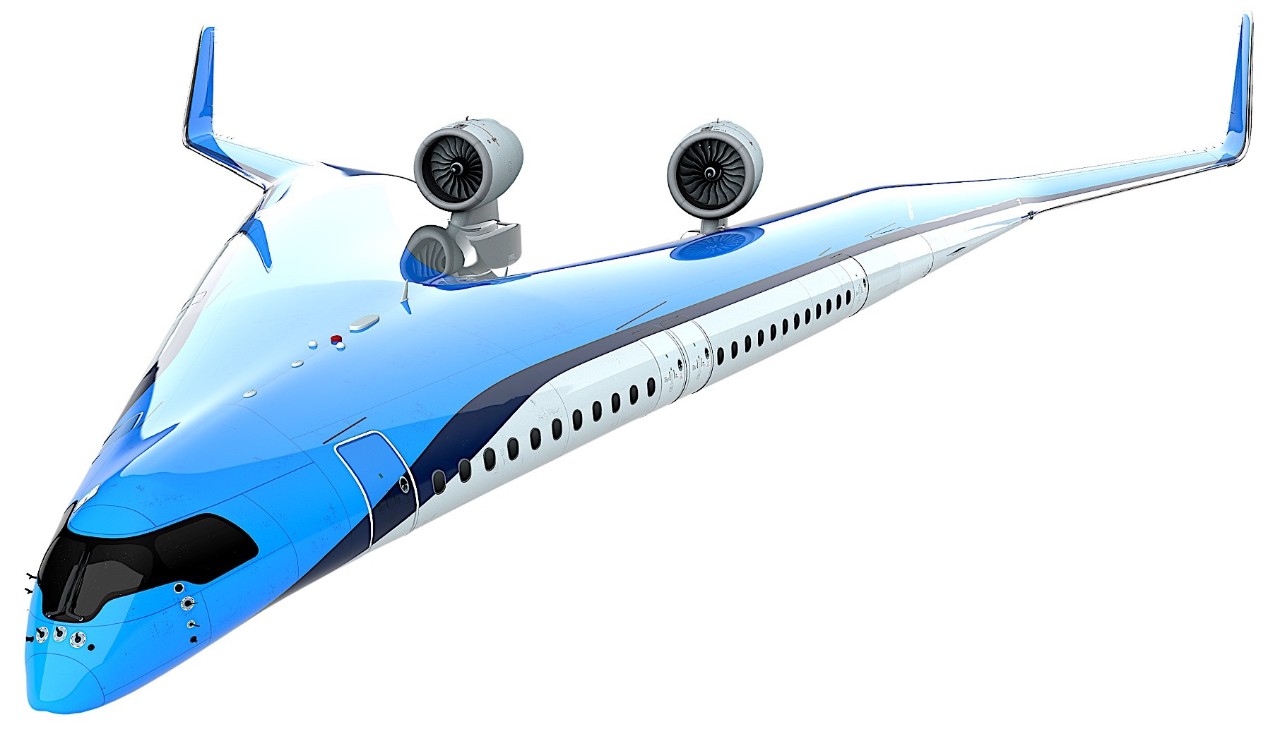 By 2050, the aviation industry may well become the single largest emitter of carbon dioxide. In an attempt to stop the rot, Dutch airline KLM has teamed up with Delft University of Technology to create a lighter, more sustainable passenger plane.

The revolutionary Flying-V concept integrates the passenger cabin, cargo hold and fuel tanks into the wing structure. With 314 passengers seated inside the wings, there will be ample space for a buffet-style food station and lounge seating. Although the craft will be propelled by existing turbofan engines, these will run on bio-fuels.

KLM says it hopes to have a scale model ready by the end of this year, with a real-world version of the plane due to enter service in 2040.

The wind blows more strongly at higher altitudes, which is why General Electric is currently building the world’s largest offshore wind turbine, Haliade-X, which will stand 260 metres high.

Of course, the higher you build a turbine, the more precarious the structure becomes. So, is there a better way to capture high-altitude winds?

German manufacturer SkySails believes that the humble kite could provide the answer. It has plans to build a parachute-like structure attached to an 800-metre-long tether which will fly in a figure-of-eight pattern, generating electricity by pulling on a winch drum connected to a generator.

SkySails estimates that each kite will produce 200 kilowatts – enough to power 100 homes.

Due on the market next year, the system should capture more high-altitude wind energy than conventional turbines… at the half the cost. 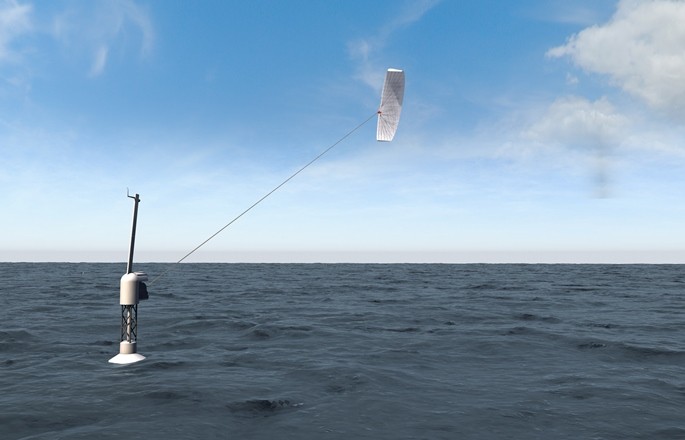 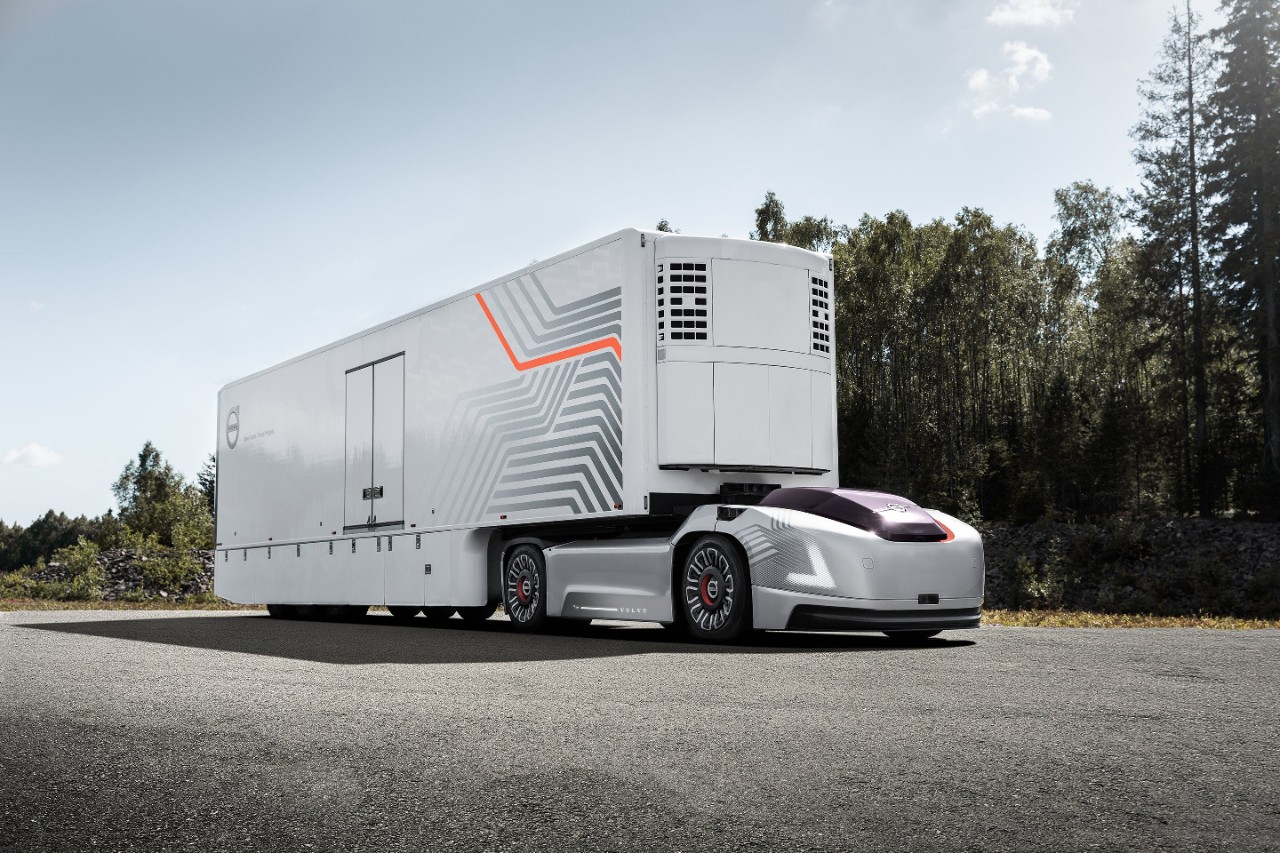 The race to commercialise self-driving trucks is on. The likes of Mercedes and Tesla have already shown off their autonomous big rig concepts, but now Volvo is set to beat them to the punch.

The Swedish carmaker is ready to put its first autonomous, fully electric truck – known as Vera – into service. It will ferry goods along a pre-determined route, from a logistics centre to a port in the Swedish city of Gothenburg.

Volvo says Vera is safe enough for use on public roads since it can pinpoint its location down to the last centimetre.

All very impressive, but what happens when there’s a puncture?

Uber ready for lift off

Uber plans to take to the skies in 2023. The Silicon Valley-based firm recently revealed the design of its Uber Air flying taxis, ushering in a new era of aerial ride-sharing.

The small, electric VTOL (vertical take-off and landing) aircraft has four rotors for lift and can handle short trips under an hour. With room for four passengers and luggage, it will fly at an altitude of 300 to 600 metres, overseen by a human pilot on board.

Uber Air hopes to start test flights in Dallas, Los Angeles and Melbourne as soon as next year, before constructing a network of sky ports capable of handling up to 1,000 landings an hour.

The plan is to locate the sky ports on top of existing buildings, allowing customers to hop on board within minutes of leaving their apartment or office. 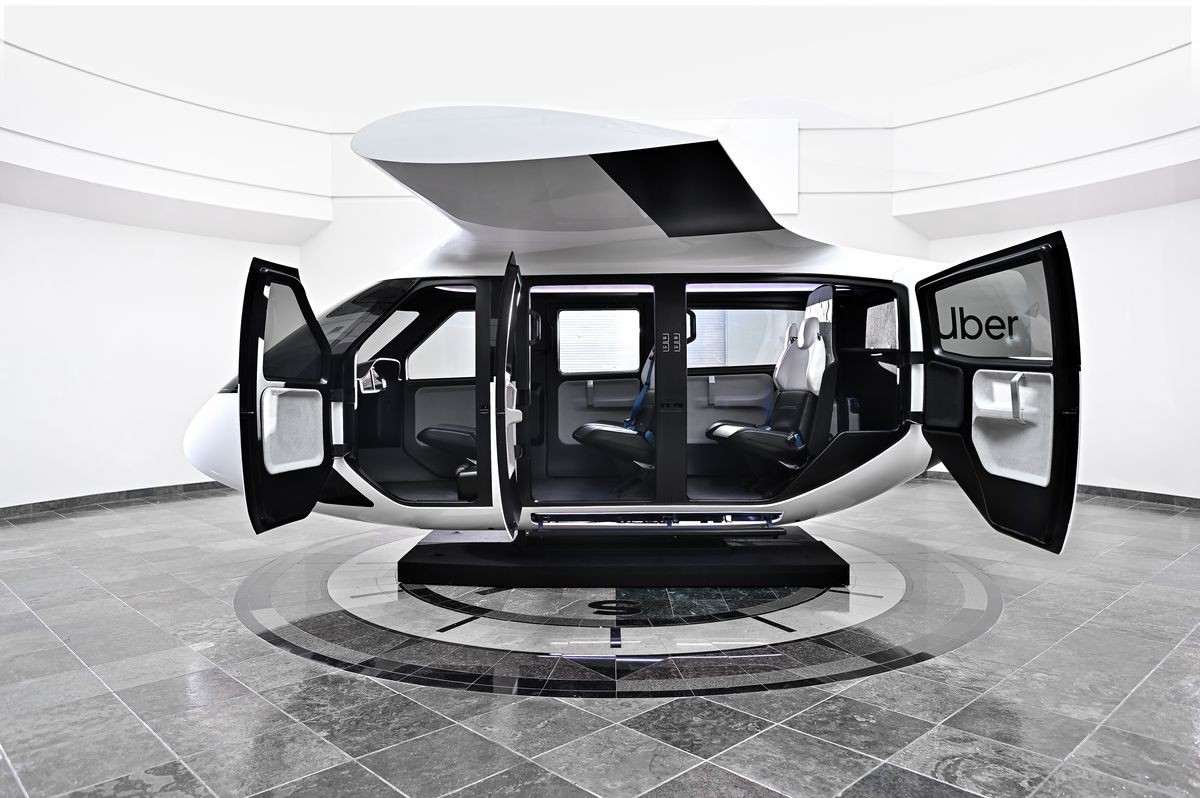 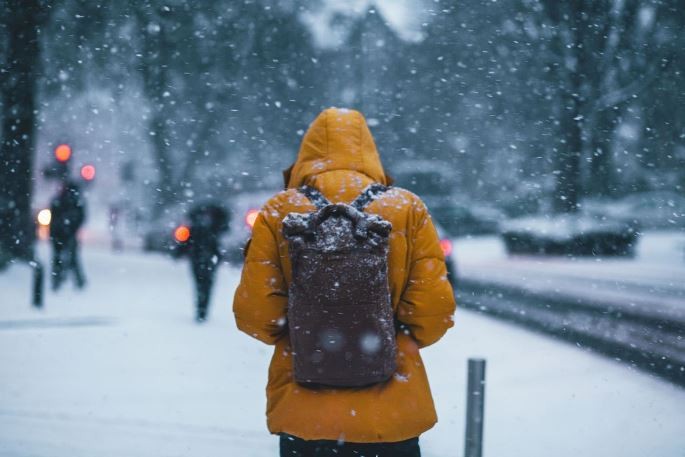 By 2040, it’s said that computers will need more electricity than the world can generate. The good news, however, is that scientists are busy inventing new ways to generate electricity. From pavements that harvest kinetic energy to power stations that run on cheese by-products, there’s no shortage of ingenious solutions.

Now, researchers at the University of California, Los Angeles have discovered a way to turn snowfall into electricity. When snow, which carries a positive charge, touches a sheet of negatively charged silicone, it generates an exchange of electrons. The technology, dubbed Snow TENG (snow tribo-electric nano-generator), powers itself and can even be integrated into the soles of people’s shoes.

It may sound far-fetched, but since seasonal snow covers over 30 per cent of the Earth’s surface, there is potential to generate huge amounts of electricity.

Not all super-yachts are designed for sunbathing and champagne soirees. Oceanco’s extreme expedition yacht may look like it belongs in Monaco’s harbour but the hardy vessel is capable of cruising from the North Pole to the South Pole.

The 105-metre diesel and electricity-driven Esquel – currently just a concept – has a range of 7,000 nautical miles and features a displacement hull designed to break ice.

On the main deck there’s an enclosed swimming pool and a wellness area. Inside, there’s a science laboratory and a garage designed for two submarines for underwater exploration.

“The look and feel of Esquel’s interior is geared towards depicting the life, influences and home of a young explorer,” says the yacht’s interior designer Gina Brennan. 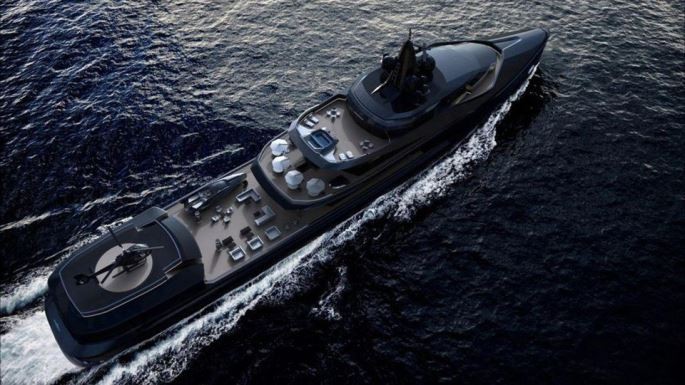 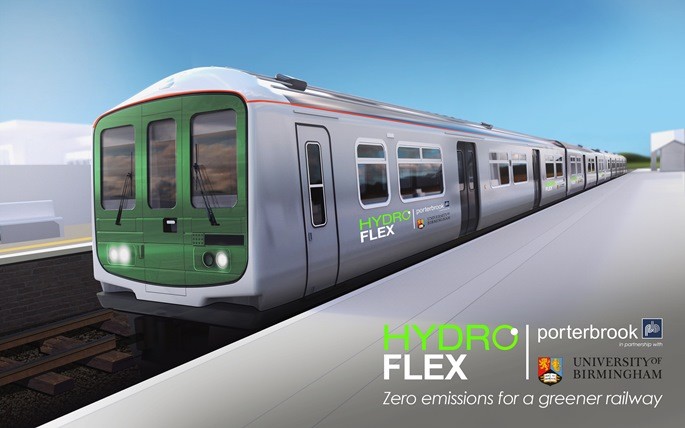 All aboard the hydrogen train

Hydrogen-powered trains are silent and eco-friendly, so it’s no surprise that rail operators are keen to fast-track them into service.

Two such trains are already in operation in Germany, and now the UK is testing its own version, called the HydroFLEX.

So, how does it work? Hydrogen is stored on board in high-pressure tanks, before being piped to fuel cells and mixed with oxygen to generate electricity that drives the train’s motors.

Rail company Porterbrook and the University of Birmingham are working on the project. “Mini power stations on wheels,” is how one researcher describes it.

British commuters may well be travelling to work on HydroFLEX within the next three years.