The end of diesel?

Meet the eDumper – the world’s largest electric vehicle. This behemoth draws power from a 600kWh battery pack which weighs 4.5 tonnes and has six times the capacity of a Tesla Model X electric car.

Swiss machinery manufacturer Kuhn built the self-charging dump truck for use in a quarry near the Swiss town of Biel. The 45-tonne vehicle is so heavy that, when it drives downhill, its regenerative braking system generates most or all of the energy it needs for the return journeys back up the hill. In most cases, the manufacturers say, the eDumper consumes less electricity than it produces.

Could electrification revolutionise the mining industry? It’s certainly cost-effective. According to Kuhn, using batteries as a source of power saves approximately 55,000 tonnes of diesel annually. 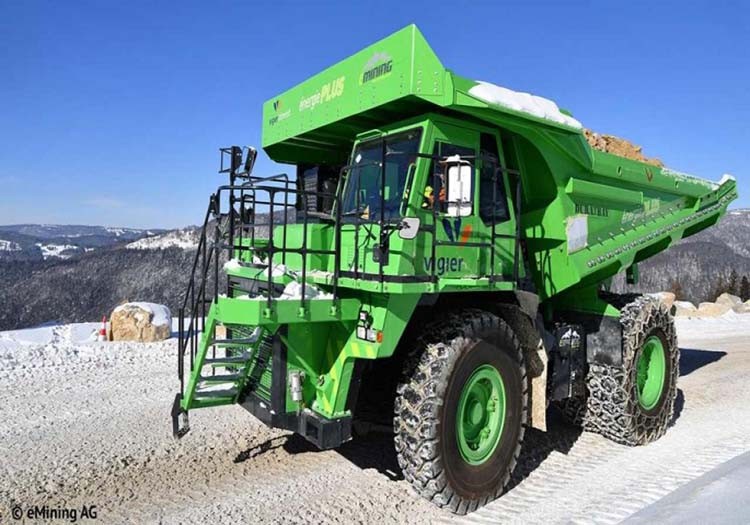 Bag to the future 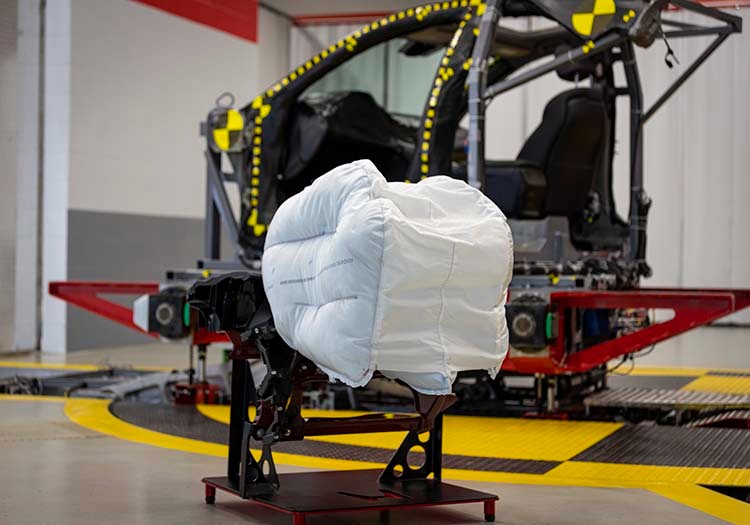 The innovative design resembles a baseball catcher’s glove. The central chamber is softer and contacts the head first, while the two side chambers cradle the passenger’s head, limiting rotational velocity in the event of an impact. It should appear in Honda vehicles in the Unites States from 2020 onwards.

The rise of smart workplaces

The recently completed Powerhouse Brattørkaia – an 18,000-square-metre office space in Norway – is being hailed as an “energy-positive” building. It produces twice as much energy as it consumes.

The roof and the upper section of the structure are clad in almost 3,000 square metres of solar panels, strategically placed to harvest as much solar energy as possible. In addition to supplying itself with energy, the structure also powers neighbouring buildings and electric buses through a local grid.

“Energy-positive buildings are the future,” says Snøhetta, the architecture firm behind the Powerhouse. “The mantra of the design industry should not be ‘form follows function’ but ‘form follows environment’.” 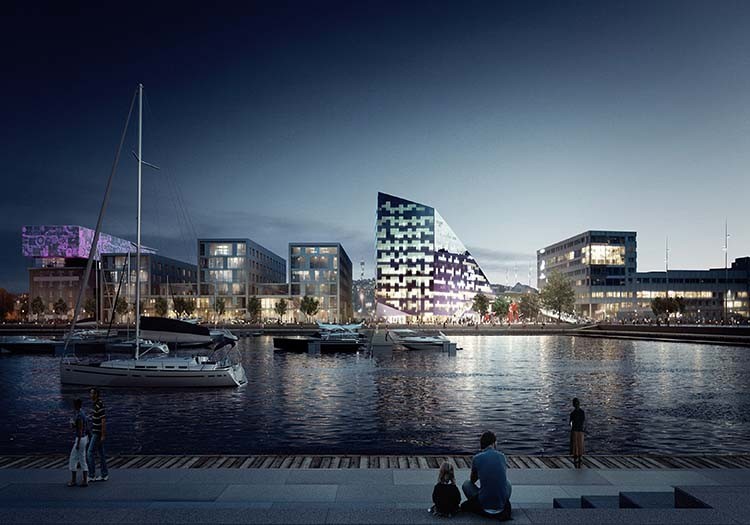 Microsoft billionaire Bill Gates believes that a return to nuclear power will solve the planet’s energy crisis. To reduce the risk of accidents, he has invested heavily in TerraPower, designers of a smaller, next-generation nuclear reactor.

But what about catastrophic weather events, such as the tsunami that sent Japan’s Fukushima plant into meltdown? TerraPower says its TWR reactor would safely power down if it was suddenly taken offline.

“Nuclear power is ideal for dealing with climate change,” says Gates, “because it is the only carbon-free, scalable energy source that’s available 24 hours a day.”

That may be true, but will the general public ever fully trust this form of power? 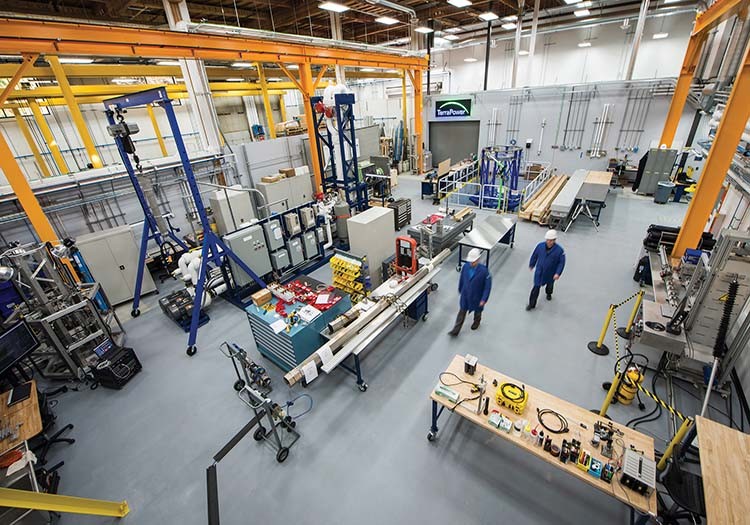 Hydrogen on the high seas

Marine architect Sinot has unveiled designs for an eco-friendly yacht powered by liquid hydrogen. The futuristic concept would produce zero emissions and provide what they describe as “a near-silent experience” for passengers.

Liquid hydrogen, kept at a temperature of  minus 253 degrees centigrade, is pumped through fuel cells and converted into electricity. The only emission is water, which can be safely discharged into the ocean. To ensure that power is available for propulsion or amenities any time it’s needed, a series of battery packs store the energy.

The vessel even has a space-age interior to match its space-age technology. A grand staircase spirals down to a glass window offering panoramic views of a pair of 28-tonne hydrogen tanks. 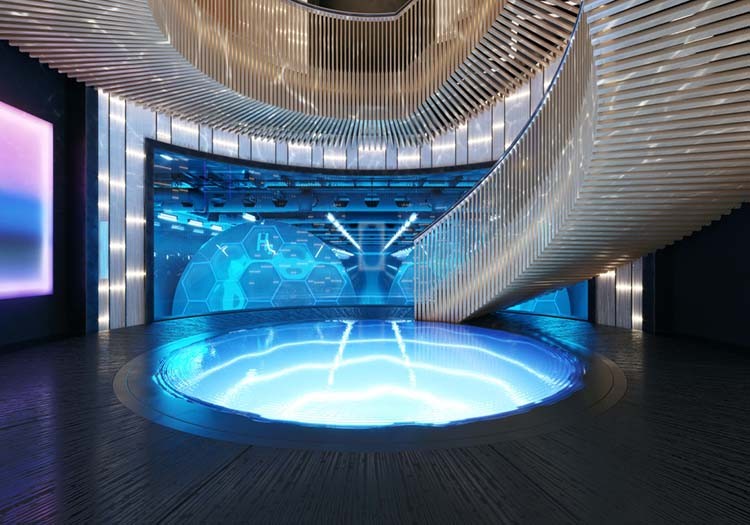 Above: Sinot's design for an eco-friendly yacht.

According to financial services company Morgan Stanley, autonomous aircraft could become a US$1.5 trillion industry by the year 2040. But while futuristic-looking air taxis make the headlines, experts believe that delivery drones could prove far more lucrative.

San Francisco-based Elroy Air is one of a handful of companies developing heavy-lift cargo drones. The firm’s Chaparral aerial cargo system, which is capable of carrying 115kgs (250lbs) of cargo a distance of 300 miles (480kms), recently completed its first test flight. It runs on a hybrid gas-electric powertrain that, according to Elroy Air, emits fewer pollutants than conventional engines and doesn’t need charging batteries.

Having recently raised $9.2 million from investors, Elroy Air hopes to begin delivering medical supplies to disaster zones and military bases in the near future. 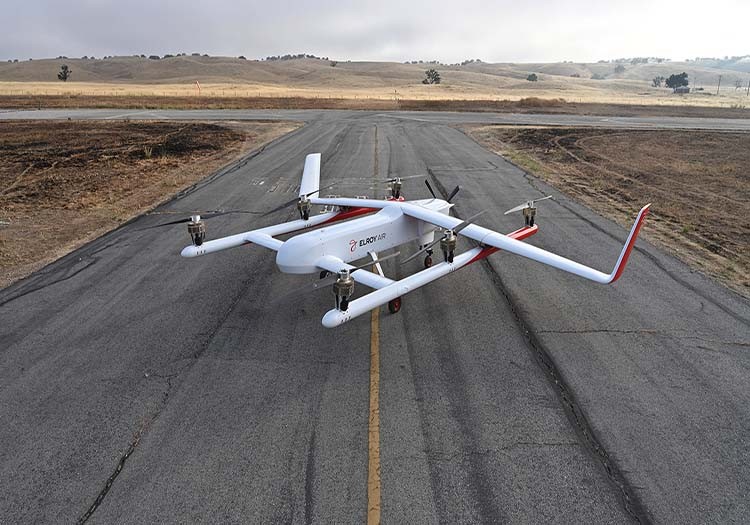 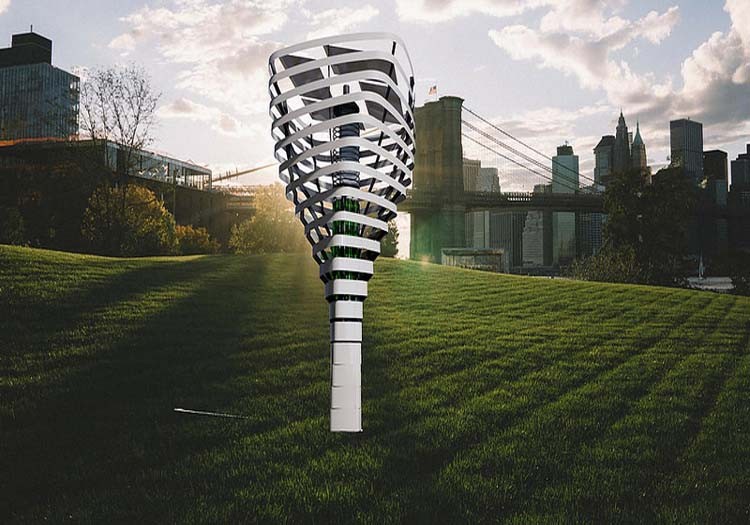 Above: The Filtration Skyscraper

Nothing cleans the planet’s air better than good old trees. The only problem is that trees take a long time to grow.

Mexican company BioMitech believes it has the answer: an artificial tree that, they claim, sucks up the same amount of air pollution as more than 350 real trees. The 4.2-metre-high metal structure, named BioUrban, filters air though algae, removing carbon dioxide and pumping out clean oxygen.

According to the World Health Organization, an estimated seven million people die every year due to air pollution. Biomitech’s goal is to help polluted cities achieve cleaner air in areas where planting large numbers of trees is not an option. So far they have installed three artificial trees – one in Mexico, one in Colombia and one in Panama. The price tag for each is around $50,000.

Where are you planning to take your next holiday? What about a space station in Earth’s orbit?

California-based space engineers Gateway Foundation are planning to build a new space station called the Von Braun Station. It would consist of a central docking hub and two concentric structural rings fixed together with huge spokes, supporting a third ring of 24 habitation modules for both astronauts and space tourists. Solar panels would both provide power and shield humans from excess solar heat. The entire structure would rotate in order to create artificial gravity for those on board.

Tim Alatorre is senior design architect on the project. “The dream of the Gateway Foundation is to create starship culture,” he says, “where a permanent community of space-faring people will live and work in Earth's orbit and beyond.”