In-store crime is costing retailers almost £5bn a year in lost sales, according to a report assessing retail crime costs in the UK.

In its Retail Crime Costs in the UK 2019 report, the Centre for Retail Research found that total UK retail crime losses in 2019 were an estimated £4.8bn – a figure deduced from combining external theft (shoplifting), internal theft (staff theft) and losses caused by suppliers and warehouse crime.

Analysis of police data by Checkpoint Systems revealed that UK retailers recorded 359,156 incidents of shoplifting in 2019, which equated to almost 1,000 per day.

However, shoplifting is not the only crime retailers are having to combat. A growing problem in the sector is the rapid increase in threats and violence made against employees. A 2019 report from the law firm Anstey found that quarter of retail workers have experienced physically aggressive or violent behaviour.

Meanwhile, British Retail Consortium figures from last year show that 115 staff were injured every day by unprovoked attacks. The BRC reports three main triggers for violent behaviour: violence when stealing from a shop, violence as a response to age-related challenges (as required by law) for alcohol, cigarettes and knives, and violence when intoxicated by drugs or alcohol.

What can be done to combat in-store crime?

Retailers are already working and spending hard to get on top of crime. BRC business and regulation director Tom Ironside said retailers spent a record £1.2 billion on crime prevention in the year to April 2019. But it’s seemingly not proving to be enough.

As Ironside stresses, it’s not just the financial burden of crime which is taking its toll – employees are having to carry experiences of abuse and violence “for a lifetime”.

“We need to see a specific criminal offence to protect retail employees from attacks at work,” Ironside argues.

“This would provide better protection for hardworking frontline staff while also sending a clear message that the government will not tolerate these abuses.”

He also calls for an improved police response, with many incidents of retail crime currently going unreported as store workers may believe that little or no action would be taken. 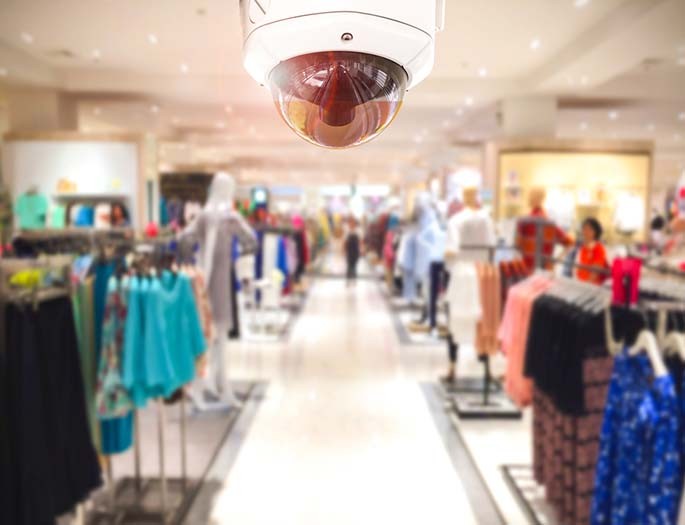 While many retailers have invested in CCTV systems, Naylor-Smith says they are “passive at alerting to security incidents”, and it’s difficult for security operation teams to act as a crime is being carried out due to the overwhelming amount of real-time video surveillance footage.

Speaking to the Retail Gazette, he suggested that the time had come for retailers to invest in body-worn cameras as a means to effectively prevent crime against shop workers.

“These are an effective tool in reducing theft and abuse against staff and are already being trialled in stores by a handful of retailers,” he said.

The last few months have been testing for all businesses – not least retailers, most of which have been forced to close for three months due to the Coronavirus pandemic. Investment in new technology might not be a priority right now, but it could give retailers the upper hand in their crime reduction efforts in the future.