On paper, the case for ageing wine underwater is a strong one. Deep beneath the waves the temperature of your cellar never fluctuates, allowing your wine to mature at its own pace. You don’t need to worry about oxygen contamination. No ultra violet light can yellow the wine or damage the flavour. For now, at least, the storage is free and limitless. Tucked up in their underwater bed, your bottles will be gently cradled and rocked by the motion of the ocean.

One gets a better wine, say the producers leading this marine revolution. The colour is brighter. The lees are kept moving in just the right rhythm for smooth maturation. White wines taste crisper and fresher. The salinity raises levels of sodium carbonate just enough to inspire more intense, complex flavours, especially for oak-aged red wines. The water pressure results in better bubbles.

Nonsense, reply the cynics. You’re pulling our chain. It’s marketing gone mad. Any changes in nose or taste are hard to detect, let alone isolate as a definitive product of underwater ageing. The only thing appreciating is the price tag. Whichever side of the fence you sit on, it’s hard to ignore the gathering noise. There are some serious names taking a serious interest. They don’t come much bigger than Veuve Clicquot. In 2010 a cache of 170-year-old champagne was retrieved from a shipwreck in the Baltic Sea. Marked with the maison’s stamp on the cork, the wine was still fizzy and drinkable. True to its reputation as an innovator, the producer has now sent a vault of 350 bottles to the bottom of the Baltic in a controlled 40-year experiment.

Louis Roederer, founded in 1776 and still owned by the family, could be forgiven for taking a laissez-faire approach to champagne production. When you have Cristal in your stable, why over-complicate? But they too have dabbled in undersea-ageing by dropping a stash of brut premier 15 metres off the Normandy coast. Chateau Larrivet Haut-Brion are sinking barrels rather than bottles. The domain plunged Neptune – a 56-litre barrel of Bordeaux – into the waters off Cap Ferret, on the coast of western France, and kept its identical twin on land. Critics were forced to concede that the seabed proved the better cellar, creating a softer and more complex wine.

It’s not just the sea that’s getting French producers excited. Crates of Arbois wine are now chilling 60 metres down in a man-made lake, courtesy of Henri Maire. The Jura pioneer has form in pushing boundaries, having matured his distinctive yellow wine at temperatures of minus 40 degrees in the Arctic Circle, just because he could. Famously, in 1955, he walled a number of bottles in the caverns beneath the Paris restaurant Tour d’Argent, with orders they remain untouched until 2055 – long after his death. 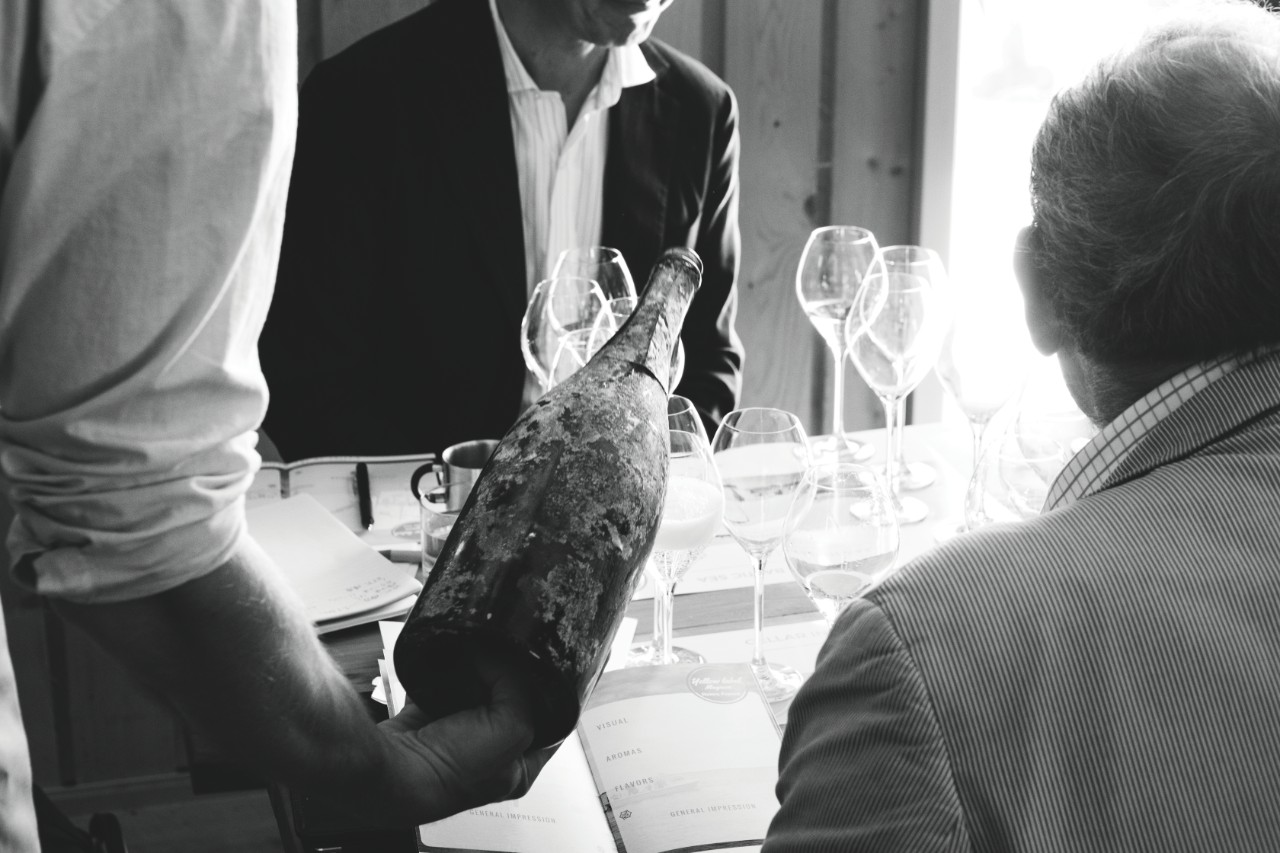 Above: Veuve Clicquot's experiment with champagne stored beneath the waves.

And it’s not just the French. Across the border in Switzerland, a thousand bottles of Clos de Chillon are suspended by a 30-metre cable in Lake Geneva. In Croatia you can dive for your own amphora of sea-matured red wine off the Pelješac peninsula. On the Italian Riviera, Pierluigi Lugano stores his Abissi wine over the quayside. How much the flavour is altered by its underwater sojourn is open to debate, but the net benefits for Pierluigi are considerable, as his wine is now celebrated worldwide.

In Spain, a project called Crusoe Treasure is taking research to new heights (or is that depths?) by comparing wines from 27 bodegas that are simultaneously aged on land and at sea. The respected oenologist Antonio Palacios is providing microbiological analysis of the wine at his Excell laboratory in Rioja. They have even built an offshore reef to house the bottles – and innumerable sea species – in the Bay of Biscay.

Keep going west across the Atlantic and you’ll eventually wash up in Charleston Harbour, another testing ground for underwater wine. The Mira Winery, based in the Napa Valley, was inspired by the discovery of bottles in sunken British trading ships up and down the eastern seaboard. Unfortunately experiments were curtailed by government rulings that maintained the corks risked being degraded by sewage in the water. Is this a sign of the practical challenges ahead if underwater ageing progresses from backwater research to mainstream industry?

In Chile, South Africa and Australia, producers are teasing secrets from an array of damp cellars, including sea caverns and freshwater tanks. Soon, the idea of underwater ageing will be old news. Then the wine will need to do the talking, not the marketers.

Veuve Clicquot has submerged what it calls its Ocean Cellar filled with 300 bottles and 50 magnums of champagne off the coast of Finland in the Baltic Sea.

Louis Roederer placed several dozen bottles of its brut premier on the seabed close to Saint-Malo, on the Brittany coast. Frogmen hid the bottles to confuse would-be pirates.

Chateau Larrivet Haut-Brion sank a 56-litre barrel of Bordeaux off the Atlantic coast. The wine was found to have softer tannins than its land-lubber siblings.

The Espelt winery in Catalonia aged 300 bottles for 400 days under the water, including red, white, sparkling and sweet wines. Most of the contents were sold in the El Bulli restaurant.

The Enrique Mendoza winery near the Spanish city of Alicante offers visitors the chance to dive for their own wine treasure, hidden in submerged chests.

The Mira Winery in the US coined the term ‘aquaoir’ (think terroir) for the underwater ageing of their wine in Charleston Harbour.

Greek producer Gaia Wines submerges its white Thalassitis off the Santorini Coast. After several setbacks to storms and sea pressure, the wine is gathering a following.

The Edivo winery in Drače, Croatia, will decant your amphora of red wine at the dinner table for a fee of around £270.

Swartland-based Lammershoek, in South Africa, has experimented with underwater Syrah by sinking barrels in a filled fermenting vat.

Yarra Valley wine-maker Dominique Portet, in the Australia state of Victoria, didn’t have access to the sea, so he weighed down a barrel of Shiraz in a rainwater butt for 12 months. Once their Ten Men Submerged had emerged, it was an instant hit. 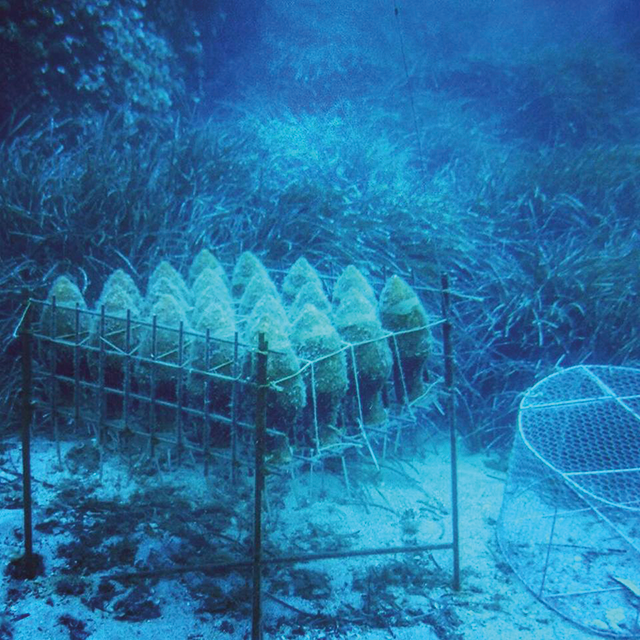 Above: The Croatian winery that charges £270 for an amphora of sea-aged red wine. 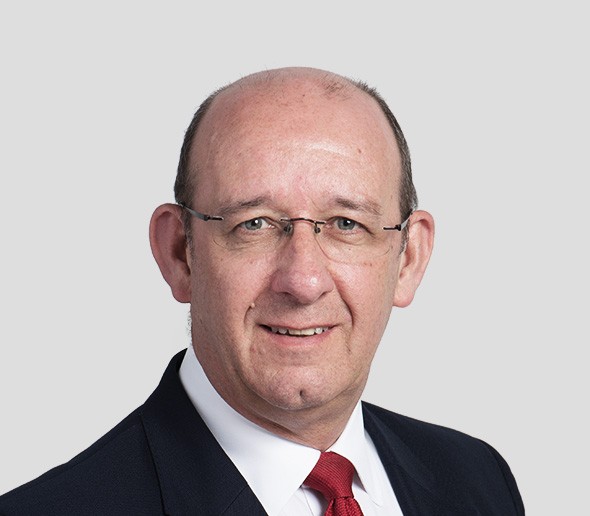 Fine wines fall under specie insurance at MS Amlin, which covers the likes of fine art, stamps, bullion, jewellery and vintage cars. While our clients might retrieve a half case for a special occasion, it’s whole investment-grade cellars that we’re insuring. The most expensive are French and Italian ones. There are some good New World wines out there but their industry is not as mature as Old World wines which carry the premium.

As an insurer, I’d have questions about keeping wine underwater. One of the biggest issues with wine is water damage because labels fall off the bottles. In that case, we’d pay a total loss: you couldn’t sell a 1947 Pétrus without its label for full value since you couldn’t prove what was inside the bottle. I’d also want to know about security. How do you stop someone stealing wine dangled off the end of a chain or prevent it being swept off in a turbulent sea?