The most advanced F-15 fighter ever built

Meet the latest and most advanced incarnation of the infamous F-15 fighter aircraft. Boeing says it "will be a major player until 2040".

F-15 fighter pilots call it a “Viking departure”. Just a few seconds after leaving the runway, they activate the afterburner, pivot the aircraft so it points almost vertically upwards, and then launch skywards like a rocket.

In April 2020, at St. Louis Lambert International Airport, in Missouri, Boeing’s chief test pilot Matt Giese executed the first Viking takeoff on the new F-15QA fighter, the latest incarnation of the infamous combat aircraft. After that he was in the air for 90 minutes, testing the avionics and radar, and showing off various manoeuvres, during which he “pulled nine Gs, or nine times the force of Earth’s gravity”, according to Boeing.

The F-15QA (Qatar Advanced) is destined for sale to the Qatar Emiri Air Force. It’s part of a US$6.2 billion contract between Boeing and the US Department of Defense to supply 36 of these multi-role strike fighters to the Qataris, starting next year. Following this, Boeing will then start work on a domestic variant of the plane called the F-15EX, destined for the US Air Force. According to Boeing, “future plans call for as many as 144 aircraft”.

Both the F-15QA and the F-15EX come under the model name of Advanced F-15, the latest and most advanced version of the McDonnell Douglas F-15E Strike Eagle. In the near half-century that F-15s have been criss-crossing the skies above the world’s various theatres of war, not a single aircraft has been lost in air-to-air battle. Of course, like any combat aircraft, plenty have perished in accidents, but when it comes to dogfights, the F-15 has an unblemished record of over 100 victories to zero defeats.

And it has phenomenally robust aerodynmaics. In 1983, during training, an Israeli F-15 collided in mid-air with another combat plane, shearing off its right wing so that just a 60-cm stub remained. Somehow the pilot, Zivi Nedivi, managed to regain control and land the injured plane safely. Remarkably, it was repaired, and went on to serve again.

The idea for the F-15 was originally forged in the heat and chaos of the Vietnam War. In Southeast Asia, American pilots found they were being out-manoeuvred by the enemy’s smaller, more nimble fighters such as the Russian-built MiG-21s. In response, the US Air Force realised it needed an all-round fighter that was fast and manoeuvrable, with a powerful radar, an arsenal of air-to-air missiles, and a gun that could be used close-range during dogfights.

Several aircraft manufacturers submitted proposals and, in 1969, the contract was awarded to McDonnell Douglas (now Boeing) which began work on what it would eventually christen the F-15 Eagle. Finally, on July 27, 1972, test pilot Irv Burrows flew the very first F-15 from Edwards Air Force Base in California.

The aircraft impressed, right from the very start. With a top speed in excess of Mach 2.5 (1,900 mph or 3,000 kph), it was the first American fighter armed with enough thrust to accelerate vertically. In early 1975 it set many time-to-climb world records. 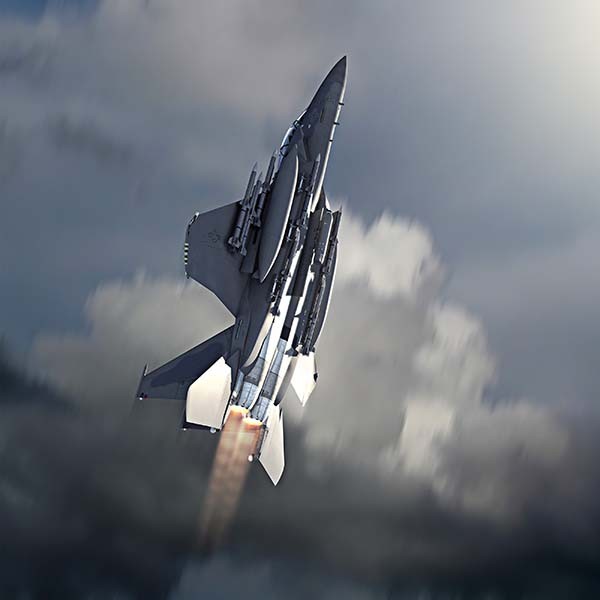 But it was its ruthless efficiency in battle which quickly cemented its infamy. By the late 1970s, F-15s were serving in Israel’s air force. “Eagles flown by Israel were the first to face a true adversary in the air,” Boeing explains. “They downed more than 50 Syrian fighters with no losses of their own. In service with the US Air Force, the F-15 Eagle downed MiG fighters during the Balkan conflict and the majority of Iraq’s fixed-wing aircraft during Operation Desert Storm. F-15s also served in Bosnia in 1994 and downed three Serbian MiG-29 fighters in Operation Allied Force in 1999. They enforced no-fly zones over Iraq in the 1990s. Eagles also hit Afghan targets in Operation Enduring Freedom, and the F-15E version performed air-to-ground missions in Operation Iraqi Freedom.”

In all models, Boeing says more than 1,500 F-15s have been built. It claims the aircraft “will be a major player in the US Air Force air superiority and dominance arsenal” until 2040. 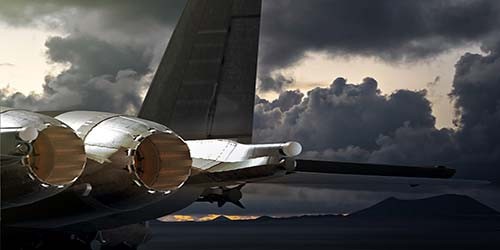 But what does the latest F-15 (the Advanced F-15) have that makes it so dominant in the air? Boeing explained to Chart how it features fly-by-wire flight controls that allow for more precise manoeuvring and automation. There’s a fully digital cockpit, with upgraded sensors and counter-measures such as radar, electronic warfare systems, missile warning, infrared search and track, sniper targeting, helmet-mounted cueing, and heads-up displays. After the St Louis test flight in April, test pilot Matt Geise described the computer controlling it all as “the fastest mission computer of any fighter jet today”.

Prat Kumar is vice-president at Boeing, and F-15 programme manager. “The Advanced F-15QA not only offers game-changing capabilities but is also built using advanced manufacturing processes which make the jet more efficient to manufacture,” he explains. “In the field, the F-15 costs half the cost per flight-hour of similar fighter aircraft and delivers far more payload at far greater ranges. That’s success for the war-fighter.”