The world is his oyster...

Why do we possess such a strong urge to travel? Best qualified to answer this is Graham Hughes,  the only person to visit every nation  on Earth without using air travel. 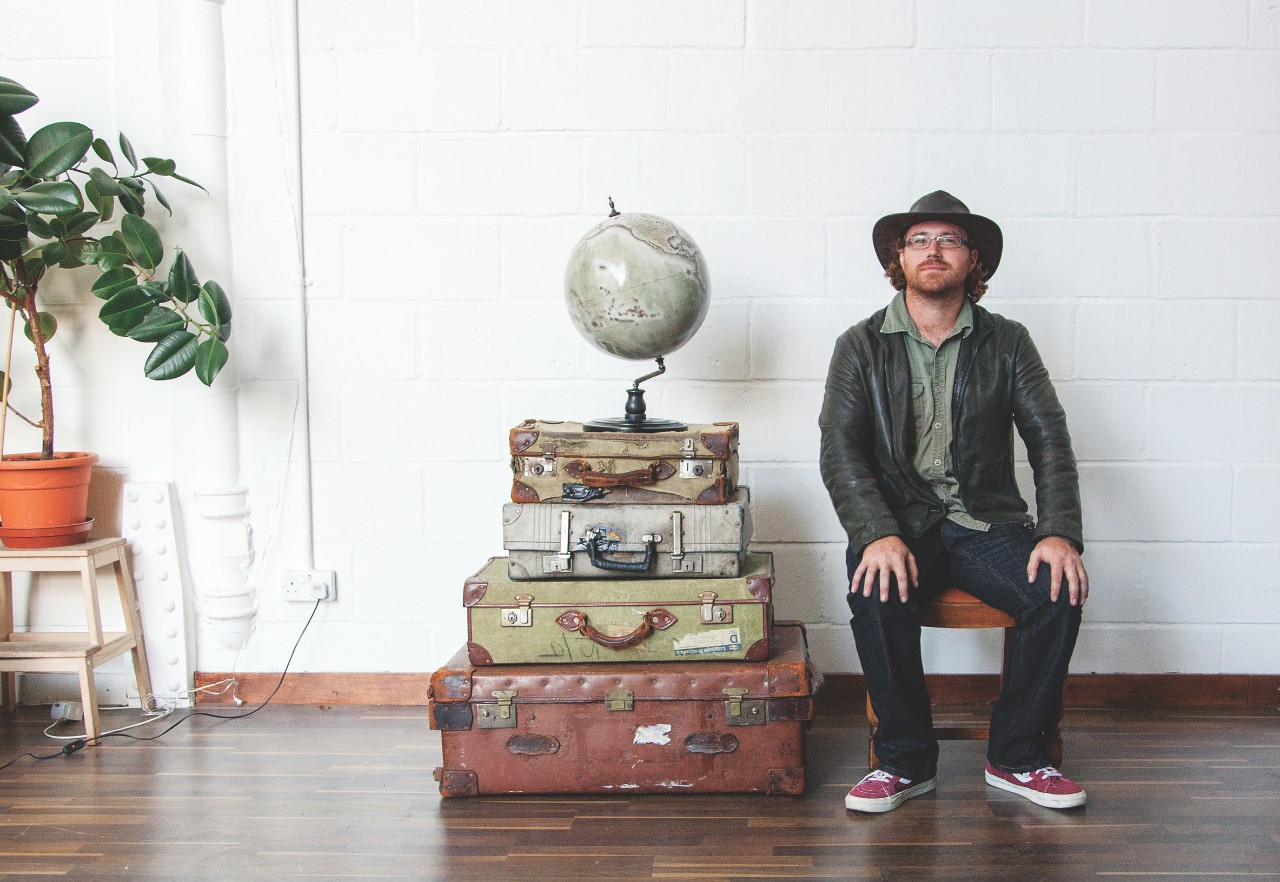 Might Graham Hughes be the most travelled human being ever to walk the planet? Over the course of four years, this intrepid Englishman visited every independent nation in the world. To make his task even trickier, he completed his odyssey without flying, and on a shoestring budget of just US$150 a week.

“During my adventure, I sneaked into Cuba  from Key West without the American authorities realising,” recalls this video producer from Liverpool. “I was arrested on the Russian border for wading across a river, I braved the Mad Max-esque freeways of Nigeria, I joined a tribe of hallucinogenic tree-bark worshippers in Gabon, and I found myself imprisoned in Congo. I hung out with frankincense farmers in Oman, and Maoist rebels in Nepal. I crossed the rooftop of the world into Tibet, tucked into a dish of dancing octopus in South Korea, and met the Nobel  Prize-winning president of East Timor.”

Once his Odyssey Expedition, as he calls it, was complete (or so he thought), Hughes was forced to backtrack to South Sudan, a nation that didn’t even exist when his journey had begun.

Choosing to eschew air travel posed multiple challenges. Part of his mission was to set a Guinness World Record for the “fastest time to visit all countries by public surface transport”. This meant cargo ships from Canada to Iceland, and from Iceland to the European continent, for example. And circuitous ferry services around the South Pacific.

But the trickiest journey of all was from Senegal to Cape Verde, an island nation 350 miles (570kms) off the west coast of Africa. With no ferry available, Hughes was forced to hire a 12-metre open wooden fishing boat for the crossing. The ten woefully  ill-equipped fishermen who crewed it had neither radio, nor GPS, nor phone, nor distress beacon, nor flares, nor navigation charts. Before they set off, Hughes wisely printed off some Google maps for the skipper. Four days later they arrived in Cape Verde’s capital Praia where Hughes was promptly imprisoned for a week on suspicion of people smuggling.

Not long after his release, and back on the African continent, he was thrown in jail again, this time at a checkpoint in the Congo. “Seven policemen burst into the room and proceeded to violently relieve me of my hat, my shoes, my socks, my belt, my T-shirt and everything in my pockets,” he recalls in his book Man Of The World. “They even ripped the glasses from my face. I was then frog-marched out of the room, my arms twisted behind my back. The cell I was thrown into was… dirty concrete, blood smeared all over the walls, no lighting. In that dark, filthy, stinking, mosquito-ridden cell, the world out of focus, semi-naked and afraid, I curled up into a ball as the tears streamed down my face.”

I wanted to show that the outside world isn't such a scary place, have some great stories to tell the grandkids, and to prove it was possible to have some fun, dammit!

Many of this Liverpudlian’s journeys were  back-breakingly uncomfortable. Buses, trains, shared taxis, cargo ships, ferries and (especially) the Senegalese fishing boat hardly constitute deluxe travel. So what on Earth possessed him to embark on his odyssey, and then pursue it to the bitter end?

“Obviously because I’m bonkers,” he admits. “But I wanted to show that the outside world isn’t such a scary place, have some great stories to tell the grandkids, and prove it was possible to have some fun, dammit!” (He also raised money for the charity WaterAid.)

Quiz Hughes on the benefits of global travel, and he becomes especially animated. “Travel is such an education. When I was younger I studied history and politics at Manchester University. But I can tell you I learnt more about history and politics travelling for four years than I ever did studying it. It makes more sense if it all fits together.”

Budget travel ensured he met locals wherever he roamed. A website called Couchsurfing.com allowed him to stay in foreign countries for free, while long bus journeys fostered meetings with random strangers. One of his most uplifting moments of all was during an overnight bus journey across Iran.

Out of the blue, a little old lady sitting  on the seat in front of him passed him  her mobile phone. On the other end  was her grandson, an English speaker.  It turns out this Persian grandmother was concerned that Hughes would arrive at their destination early the next morning with nowhere to eat. She was offering to take him home and make him breakfast.

“Whenever I get down about Donald Trump, or Brexit, or all the other s**t that’s going on in the world, I just remember that little old lady in Iran,” Hughes says. “It was a fantastic breakfast, by the way.”

Six years on from his odyssey, Hughes still looks back fondly on the camaraderie he experienced wherever he went. “It’s a cliché but we really are all just the same,” he stresses. “People want the best for their family, they want to be happy, feel safe, be healthy.”

Nowadays he lives back in the north of England where he still works in the media. “It’s a bit like [the Paulo Coelho novel] The Alchemist: I travel around the world but what I’m actually looking for is back where I started,” he says.

After more than 120,000 miles (200,000kms), his wanderlust has by no means abated, though. Destinations still on his wish list include Antarctica, Hawaii, French Polynesia and the Cook Islands. Top priority is Easter Island, in the Pacific.

And if a new independent nation was to be born, he says he’d be there in a shot. There’s a region in Papua New Guinea, for example, called Bougainville, which is seeking independence. Hughes’ journey there would be overland; an airline journey would of course be out of the question.

Given his whistle-stop tour of the planet, he might be accused of doing nothing more than dipping his toe in many of the nations he visited. A box-ticking exercise is how critics might describe it. “Some places, like the Vatican City, I literally went over the border and said: ‘Yay! I’m in Vatican City.’ And then left. But other places I immersed myself. In Tuvalu I got drunk with the prime minister Willy Telavi. In East Timor I met the president José Ramos-Horta, Nobel Peace Prize winner.”

Hughes admits he failed to see enough of  many of the nations he visited. “But my philosophy is that these places aren’t going anywhere. I can always go back to them. And this time take my partner with me.”

And after all he has achieved, is he really the most travelled human being in history? “No, actually I’m not,” he reveals. “There’s this guy I met a few years ago who is the Guinness World Record-holder for the most travelled person. But he’s 65 years old and has travelled every day of his life, and he flew everywhere.”

None of which dampens Hughes’s pride for his own surface travel achievement. “I like to say I’m the most travelled Scouser [Liverpudlian] in the world. I’m pretty sure of that.”

Beginning in Uruguay and ending in South Sudan, Graham Hughes traversed the borders of all 193 members of the United Nations plus Taiwan, Vatican City, Palestine, Kosovo, Western Sahara and the four home nations of The United Kingdom — all without flying. 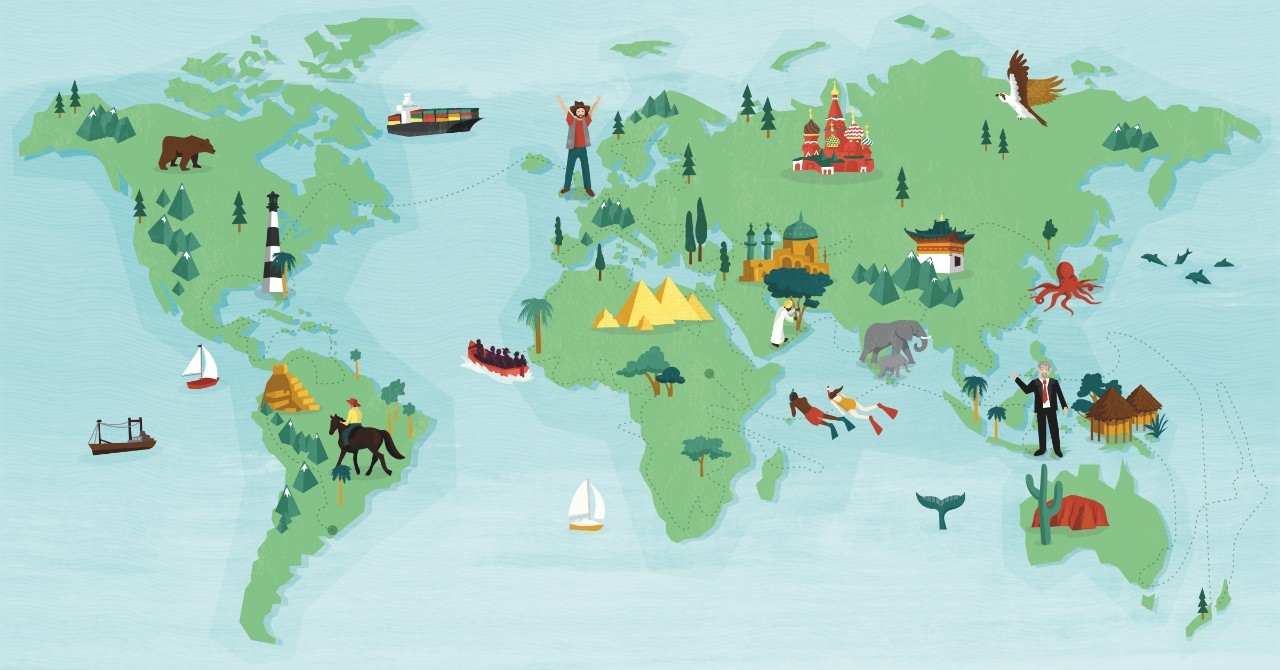