MS Amlin is shortlisted in two categories of the European Captive Review Awards 2020.  The Award celebrates and honors captive service providers and captive owners for their excellence and innovative approach over the past 12 months.

The shortlists are comprised of individuals and firms who have submitted entries or been nominated through recommendations or online submission from leading market participants. The jury, composed of leading figures from the captive service industry, add their view.

The award winners will be announced at the virtual awards ceremony on November 26th.

Fronting Partner of the Year

Our Financial Risks and A.R.T. department made the shortlist of Fronting Partner of the Year. The department, a market leader based in Brussels, provides for more then 20 years captive fronting services to our top Benelux clients. Recently, we established a department in France to extend this offer to the French market.

The Financial Risks and A.R.T. department differentiates itself by:

We are proud that this unique approach has been awarded with the nomination for Fronting Partner of the Year. 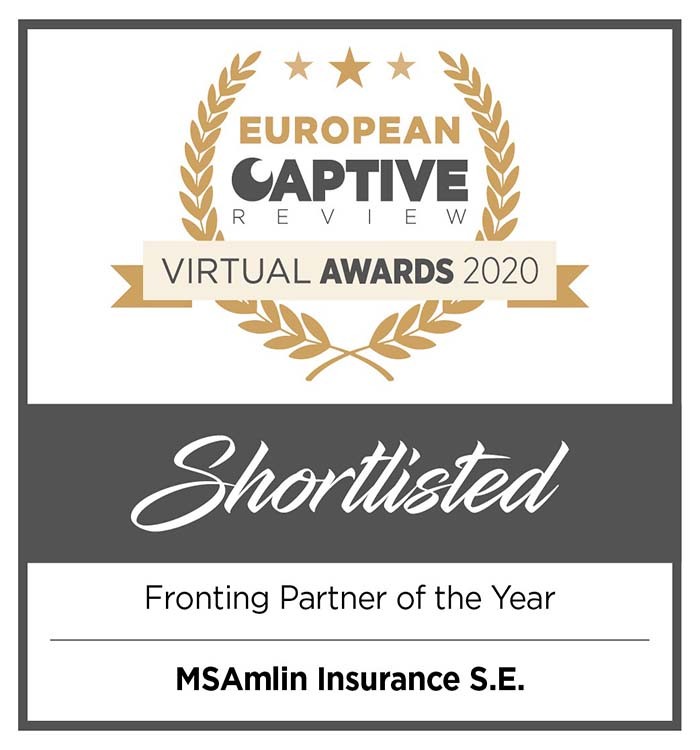 Captive Service Professional of the Year

Louis Michel Ernould, Financial Risks and A.R.T. Manager, made the shortlist of Captive Service Professional of the Year.

Louis Michel enjoyed a rich and diverse experience in the Finance sector throughout his career.

After graduating as a “Commercial Engineer” and serving in the Belgian army as Officer in Logistics, he joined the Chase Manhattan Bank as credit analyst and later worked as Corporate Banker for 10 years.

Louis was then appointed to Treasurer of a small Belgian airline as Treasurer, where he established a captive insurance company. In 1992, he joined Fortis Insurance as Treasurer before moving into underwriting as Head of the Financial Risks and A.R.T. department in 2002. In 2009, this department was acquired by British insurer, Amlin.

Now Louis Michel is Head of the Financial Risks and A.R.T. departement within MS Amlin Insurance SE, which, through his contribution, has grown into a Center of Excellence for Captive Solutions.

MS Amlin is a leading insurer and reinsurer, part of the global top 10 insurance group MS&AD. With a 300-year history and more than 2.400 people in 26 locations worldwide, we provide continuty for companies with the most complex and demanding risks.