A space station under water

Ocean conservationist Fabien Cousteau hopes to construct a US$135 million research station and habitat on the floor of the Caribbean Sea. What purpose will it serve?

While billionaire explorers Elon Musk, Jeff Bezos and Richard Branson are looking towards the stars for their next adventure, one slightly more humble man is looking down into the ocean instead. For French-American ocean conservationist Fabien Cousteau, travelling light years into space is not his goal. Eighteen metres beneath the waves – where he hopes to build an underwater research station and habitat – will do instead.

Cousteau may be a scientific visionary with his eyes set on the future, nevertheless, his name means he cannot entirely leave behind his past. He is the grandson of Jacques Cousteau, the famous French marine conservationist, inventor of the first diving regulator, and documenter of our oceans during the second half of the 20th century. Grandfather Jacques's films made him one of the first superstars of the televisual age. His ocean research base was the Calypso, a converted British navy minesweeper, from which grandson Fabien learned to scuba-dive at the age of four.

In the 1960s, before Fabien was born, the grandfather built a series of underwater living chambers in the Mediterranean and Red Seas. Their limitations meant the projects were eventually abandoned. Now the grandson intends to pick up the baton by constructing what he calls an “international space station under water”, on the seabed just off the coast of the Caribbean island Curaçao. Called Proteus, the US$135-million structure will have two cylindrical floors, linked by a sweeping ramp, designed to withstand the pressure at 18 metres deep. It will stand on five, braced legs, allowing for a liquid door underneath, through which divers will enter and exit. The plan is that marine scientists will be able to live for long periods of time under water without returning to the surface, and without the long hours of decompression that limit current ocean exploration. A series of pods attached to Proteus's main structure will have space for visitors, a greenhouse, a sick bay and laboratories. Samples collected will be examined on site.

The designs are striking but this is not beauty for beauty’s sake. “The internal layout is both logical for daily activities and also efficient for transfer of personnel and materials,” Cousteau tells Chart magazine. “In past [underwater] habitats, you've had only one main conduit, whether it's supplying foodstuffs, or whether it's deploying aquanauts, or whether it's getting rid of waste. It all used to come through the same entry and exit point. That’s a huge bottleneck.” In using technologies that were designed for space colonisation, Proteus will bypass these bottlenecks and the barriers that have held back exploration of the oceans.

It will certainly allow for greater understanding of the damage being done to the environment. However, Cousteau looks beyond the cataloguing of habitat loss, important as that is. Video production and streaming facilities will provide educational opportunities; those who dream of space colonisation will find an environment suitable for training explorers beyond Earth; new methods of energy generation and hydroponic food production will be tested. There is also growing interest in the biochemistry of the oceans and its potential for delivering pharmacological solutions to the diseases and viruses that plague us.

“The information keeps coming every time we look under an oceanic rock,” says Cousteau. “We keep discovering new, bad surprises, so to speak. But we're also finding good surprises and the answer to a lot of our problems.”

Cousteau is looking towards 2024 for his dream to become a reality, but time feels short. “My grandfather was talking about climate change in the 1960s,” he says. “He was talking about pollution and overconsumption of oceanic resources back in the 1950s. We know our direction and it's a terrible direction. We have an opportunity, not tomorrow, but today, to change that; to correct our course.”

Proteus may just be the catalyst we need. 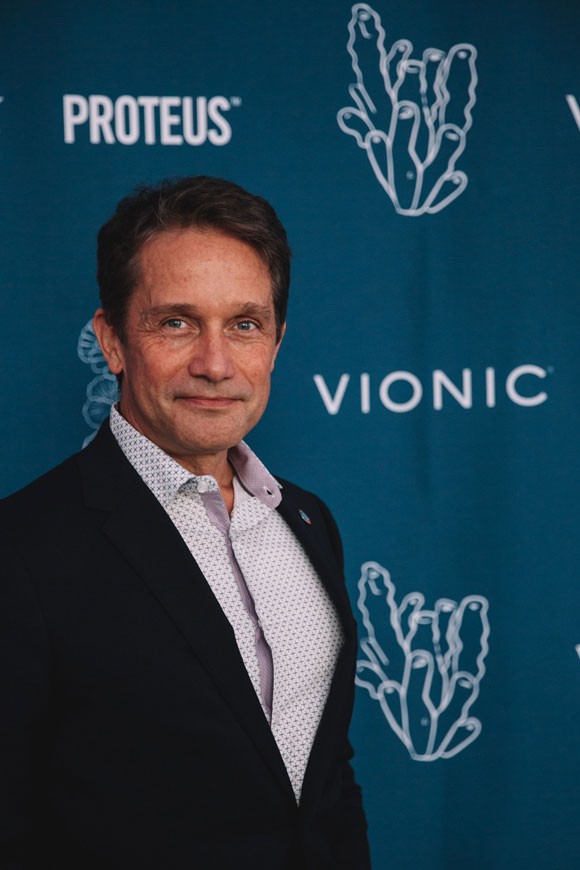 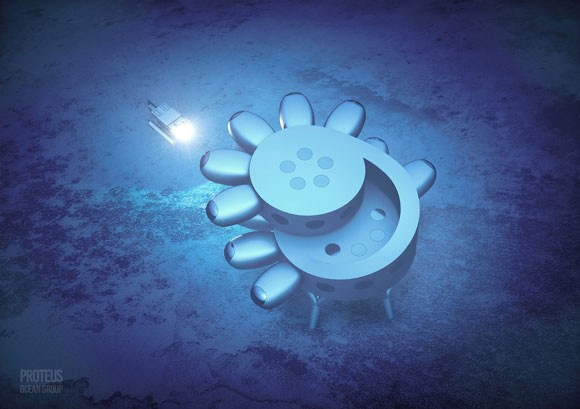