By expanding its fleet of aircraft, Amazon is set to become a major player in the air cargo industry across Europe and North America.

Amazon’s global domination continues apace. The retail behemoth, which has an operating income of $US22.9 billion and a global workforce of nearly 1.3 million people, is now boosting the air cargo section of its business – Amazon Air.

The reasons for its expansion are clear. While the global pandemic has seen air passenger numbers plummeting, there has been a concurrent upsurge in air cargo traffic. With so much of the world stuck at home in lockdown, and customers desperate for fast, seamless shipping of products, Amazon has seen its overall retail business grow exponentially: for the fiscal year ending December 31st, 2002, it reported net sales of $386 billion. 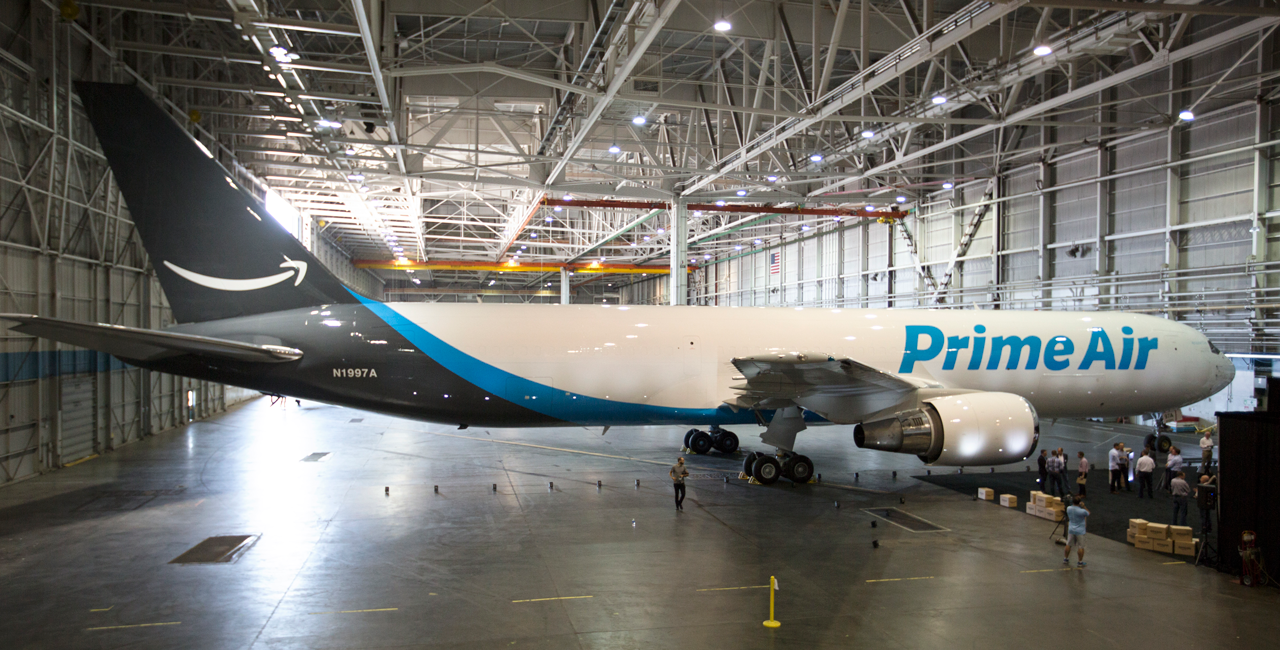 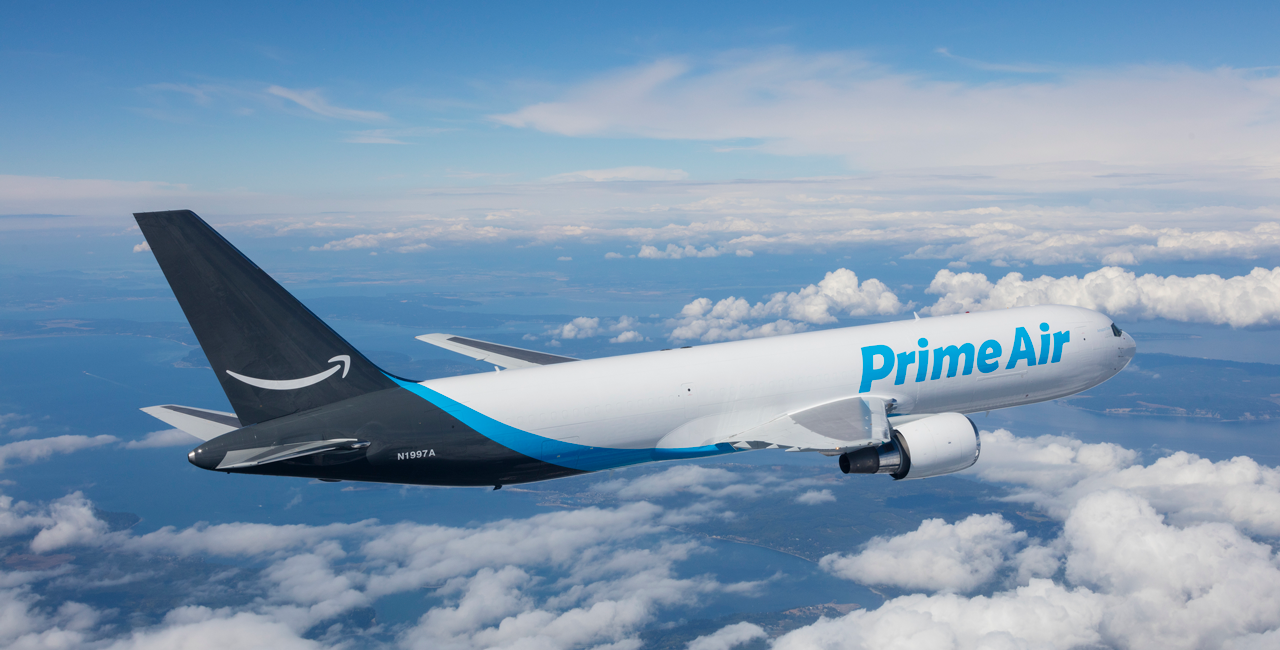 Launched in 2016, originally under the brand name Amazon Prime Air, Amazon Air now services around 50 different airports across the United States and Europe. Its US hub is Cincinnati/Northern Kentucky International Airport in Kentucky, its European hub Leipzig/Halle Airport in Germany.

The company both leases and owns the aircraft it operates. In January 2021 it expanded its fleet further, purchasing 11 Boeing 767-300 aircraft, seven from Delta Air Lines and four from WestJet Airlines.

Chart magazine approached Amazon Air to enquire about its cargo capacity and business plans. “We do not comment on forward-looking plans for our businesses,” a spokesperson replied. However, they did explain that they expect to have “more than 85 aircraft flying in our dedicated air network by end of 2022”.

In February 2021, a report on Amazon Air’s future expansion was published by DePaul University, in Chicago. Experts at the university’s Chaddick Institute for Metropolitan Development used flight data, aircraft fleet registration and investment analysis to present some intriguing facts and predictions about this burgeoning cargo airline. The lead author of the report was Joseph Schwieterman, director of the Chaddick Institute, and author of the book Air Cargo and the Opening of China.

Schwieterman estimated that, in February 2021, Amazon Air had a total of 68 aeroplanes registered, with nine of them parked or being re-fitted from passenger to cargo use. Flight data suggested that the company was making an average of 140 flights every day, a figure which Schwieterman expects to rise to 160 by June 2021.

Schwieterman and his colleagues predict that Amazon Air will continue to grow in capacity, amassing a fleet of up to 200 planes by 2028. “Amazon’s enormous size and expected growth will make it ubiquitous on the air cargo scene,” he told Chart magazine. “FedEx and UPS will remain the largest air cargo logistics providers, but Amazon will nip at their heels and continue to make inroads into this vast segment.”

The boost to the company’s business from the global pandemic should not be underestimated, he stresses. “The pandemic has put the Amazon Air system on steroids. It has forced them to put greater emphasis on improving the next-day delivery time windows.”

Schwieterman believes Amazon will leave the business of intercontinental cargo to more traditional carriers with larger aeroplanes in their fleet. However, the expansion of Amazon Air hubs at Cincinnati-Northern Kentucky International and Wilmington Air Park (in Ohio) is a sign that they plan to increase delivery of products for other retailers. “The growing density of flight operations and warehouses around these airports, and the investments being made by other retailers and logistic providers in this area, give Amazon newfound capacity to provide expedited business-to-consumer deliveries for purchases not made on the Amazon platform,” Schwieterman adds.

But what about the long-term future? Amazon is currently developing a new drone delivery service called Amazon Prime Air, with plans to offer deliveries of light packages (up to 2.25kgs) over short distances (up to 10 miles or 16kms). With drone technology increasing all the time, who knows? Perhaps one day all our packages will be delivered by autonomous aircraft? 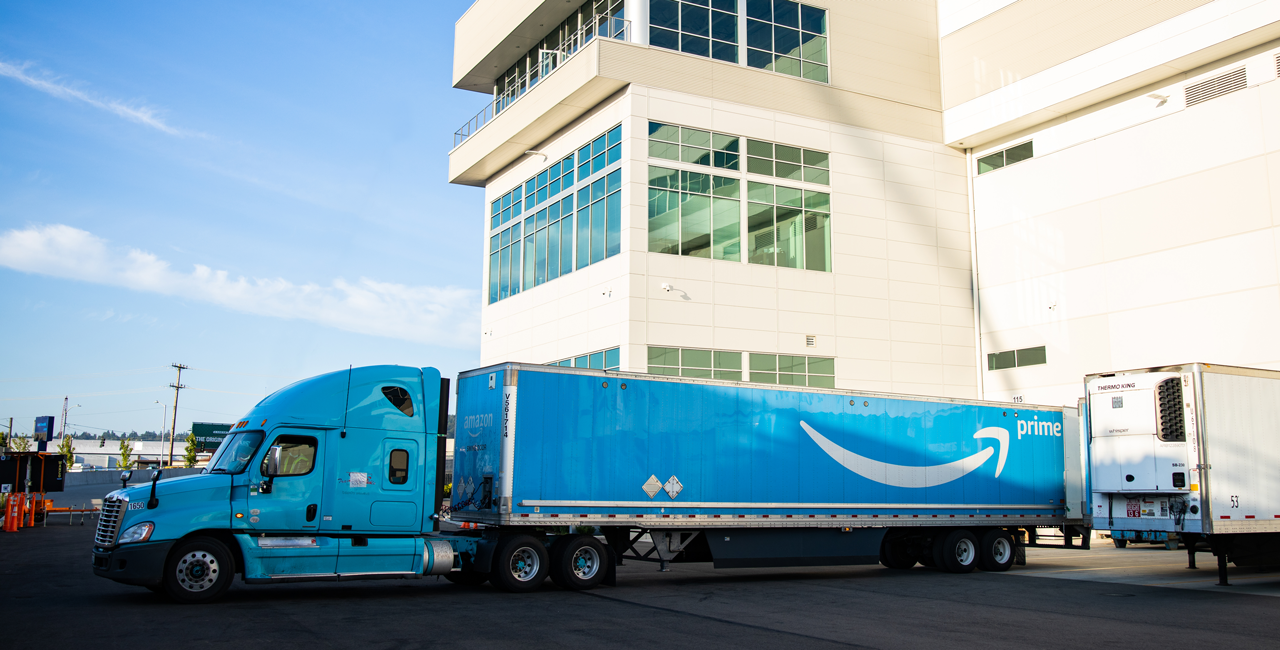