A new medical gel called StatBond promises to stop traumatic bleeding for soldiers on the battlefield. It can be applied to a wound just as easily as you’d apply toothpaste to a toothbrush.

StatBond won’t replace traditional bandages, however. Instead, the US Army Research Laboratory says it will be used to seal wounds on parts of the body where pressure can’t stop bleeding: lung punctures, eye injuries, burns etc.

The silicon-like formulation is the brainchild of Mississippi-based nanotechnology company Hybrid Plastics. The US Army has experimented with skin glue before but it tended to harden and become difficult for surgeons to remove without causing further injury. The claims are that this new gel is robust enough to shut down bleeding and form a clot, but at the same time easy enough to peel off. If StatBond gains government approval, it could find its way into soldiers’ kit bags from 2025.

The commercial shipping container has been around since the early 20th century, but with maritime freight predicted to triple by 2050, perhaps it’s time to think outside the box. Enter the Stena Bulk InfinityMAX – a concept design for a hybrid cargo carrier that swaps traditional shipping containers for modular compartments. Each compartment is self-sufficient, with wind turbines and solar panels generating the electricity needed for the built-in heating and cooling systems.

Better still, the individual modular compartments could be dropped off outside of ports and picked up by tug boats, drastically reducing waiting times at port. Each compartment could be customised to carry the wet and dry cargoes of tomorrow, such as liquid hydrogen used to power electric vehicles, or coconut oil used in vegan food.

The ship itself would run on a combination of hydrogen fuel, wind turbines and foldable wing sails. Stena Bulk has even included a sharkskin hull to significantly reduce drag and boost fuel efficiency.

It hopes to see the first InfinityMAX vessel come into service between 2030 and 2035. 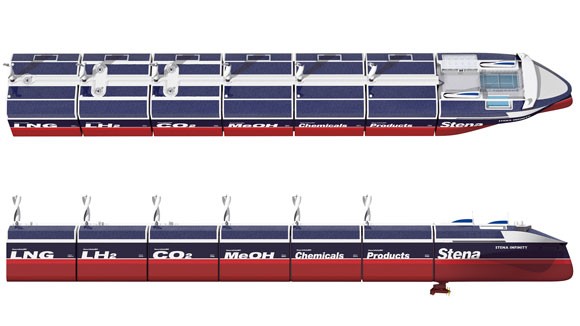 The manufacturers of this weird-looking craft claim it is the world’s first commercially available heavy-lift unmanned helicopter. The Kaman Corporation’s new K-MAX TITAN performs well in “any kind of weather” and can transport up to 2,720kg (6,000lbs) of cargo, using a cable and hook system.

The mighty chopper uses two intermeshing rotors that spin in opposite directions to create a highly stable platform. That makes the craft perfectly suited to risky missions, whether transporting timber across tough terrain or firefighting in bad weather. “The unmanned K-MAX can fight fires day and night, in all weather, reaching dangerous areas without risking a life,” says Dan Spoor, from Lockheed Martin, which has partnered with Kaman for the project.

The US military has already flown more than a thousand cargo missions in Afghanistan using Kaman unmanned helicopters but, until now, their machines have never been employed outside of a warzone. 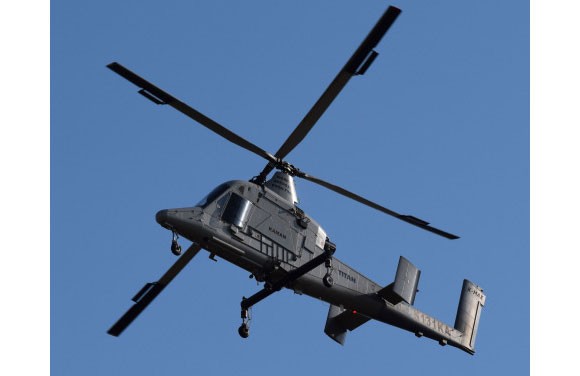 A swarm of 12,000 genetically modified mosquitoes has been released in the United States for the first time. Their mission? To reduce the spread of deadly diseases such as yellow fever and the Zika virus.

Only wild female mosquitoes bite and spread disease, so British biotechnology firm Oxitec created what they call their Friendly mosquito – a male insect which, when it mates with a wild female mosquito, passes on a gene that ensures only male offspring survive.

The swarm release, centred around the Florida Keys, an archipelago off the southern coast of Florida, has sparked controversy. However, Oxitec, which is part-funded by Microsoft billionaire Bill Gates, says the GM insects carry a fluorescent marker gene. This makes them glow under a coloured light, allowing scientists to keep track of them. “From a health standpoint, we don’t want to wait until we are fighting the disease,” said Beth Ranson, at the Florida Keys Mosquito Control District. “We want to prevent it.”

Tanks for the upgrade

The British Army has announced an £800-million deal to upgrade 148 of its existing Challenger 2 tanks into fully digitised versions called Challenger 3s. Described by the UK Ministry of Defence as the “most lethal tanks in Europe”, they will be able to travel at up to 60mph (97kph).

Armoured vehicle manufacturer Rheinmetall BAE Systems Land will be in charge of the upgrade, which includes replacing the 120mm rifle gun with a more powerful smoothbore cannon, as well as a new digital turret with automatic target detection to track enemies, and new thermal long-range cameras.

British defence secretary Ben Wallace said: “This represents a huge shift in the modernisation of our land forces. This pioneering new technology allows us to deliver immense war-fighting capabilities in battle spaces filled with a range of enemy threats.”

The British Army is due to receive the first Challenger 3 tanks by 2027 and the full fleet by 2030. 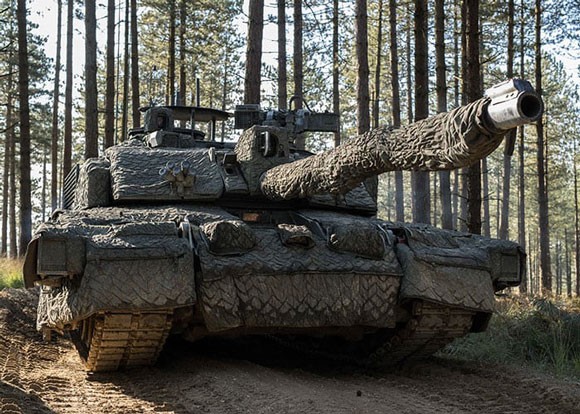 A revolutionary gravity battery, located at Leith Docks in the Scottish city of Edinburgh, recently began generating power. The way it works is surprisingly simple: excess energy produced by wind and sunlight is used to raise heavy weights to the top of a 16-metre-high tower. When that energy is needed, the weight can be released, using gravity to power a generator.

The manufacturer behind the idea is Gravitricity. Its 250kW demonstrator unit is already connected to the UK national grid, but the company is considering building a series of full-size, 4 to 8MW gravity batteries inside disused mine shafts across the UK, the Czech Republic and Sweden.

Unlike conventional batteries used to power everything from smartphones to electric cars, gravity batteries do not rely on rare metals such as cobalt and nickel, which are costly and environmentally destructive to mine. Gravitricity managing director Charlie Blair said: “If this technology really makes a difference, it's going to make a difference globally. It's going to keep the lights on in Africa, just as much as it will in Europe.” 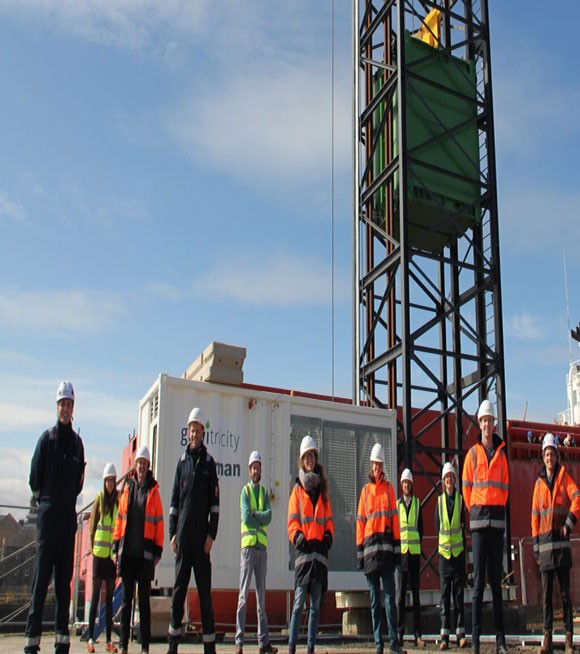 IElectric car manufacturer Fisker has signed a deal with Foxconn, the Taiwanese firm that manufactures Apple iPhones, to develop a new electric vehicle. The low-cost five-seater will be priced at under US$30,000 and go on sale in 2023.

“A car is becoming more of a computer, and this is where Foxconn is extremely strong in their supply chain, getting the best prices, the newest technology,” said Henrik Fisker, respected car designer and CEO of Fisker.

Along with manufacturers such as NIO, Byton and Rivian, Fisker sees itself as a potential rival to Tesla’s domination of electric vehicles. It has some powerful backers too, including Hollywood actor and environmentalist Leonard DiCaprio. Fisker’s first electric vehicle, a luxury 4x4 called the Ocean, is due to arrive in late 2022. 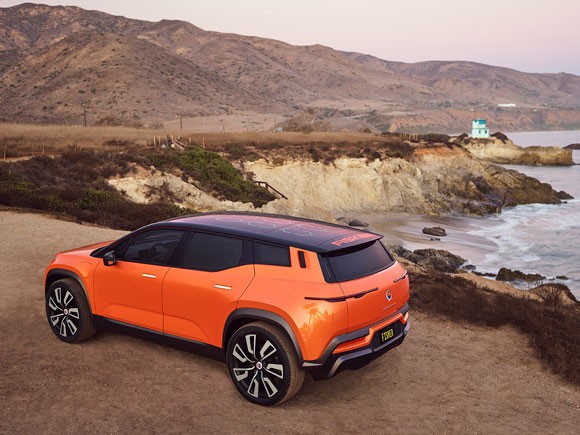