Can we stop dying from snakebites?

Venomous snakes kill more than 100,000 people worldwide a year. Fortunately scientists are closer than ever to producing an antivenom that might work for all snake species.

Tim Friede, a former truck driver from Wisconsin, willingly allows himself to get bitten by the world’s most venomous snakes. In fact, he claims to “love it”. Lethal cobras, vipers, rattlesnakes, taipans, mambas… they’ve all had their fangs in his flesh at one time or another.

Since he embarked on his rather masochistic hobby 20 years ago, Friede has been bitten so many times that his body has gradually built up an immunity to most lethal snake venoms. In the name of science he has suffered anaphylactic shock; he has seen hives break out all over his skin; he has had body parts swell up enormously; he has temporarily been unable to walk; once, after an altercation with a monocled cobra, he slipped into a coma for four days.

Nowadays Friede works alongside immunologist Dr Jacob Glanville at a San Francisco-based company called Centivax. Together the two men are attempting to use Friede’s antibodies to develop a universal antivenom they hope one day might save victims who have been bitten by any species of snake, anywhere in the world.

It’s a noble venture. According to the World Health Organization (WHO), around 5.4 million people are bitten by snakes every year, and up to 2.7 million of these are envenomed. Between 81,000 and 138,000 people die as a result, while up to 400,000 people require limb amputations or suffer other permanent disabilities. Young children aged under five are most at risk of dying.

These figures belie the true severity of the problem, however. Since many of the world’s most lethal snakes inhabit rural areas in developing nations in the tropics and sub-tropics, not all venomous bites are officially reported. “Often because victims seek treatment from non-medical sources or do not have access to health care,” explains the WHO. “In these regions the risk of snakebite is a daily concern, especially for rural and peri-urban communities where hundreds of millions of people depend on agriculture or subsistence hunting and gathering in order to survive. Rural cropping and livestock workers, hunter-gathers and their children are among the most affected. Children often suffer more severe effects than adults because of their smaller body mass. Lack of footwear contributes significantly to the risk of snakebite for both adults and children.”

For over a century now, the primary treatment for snakebite has been the use of antivenoms which boost a victim’s immune response. These are mostly manufactured through immunising donor animal such as sheep or horses, before harvesting and purifying antibodies from their plasma. “These animals have robust immune systems, and produce powerful antibodies that can bind to snake venom components, enabling our own immune defences to eliminate these toxins,” the WHO explains.

That’s great news if you happen to be bitten by a snake close to a modern hospital. Snakebites are rarely that convenient, though. Many of the world’s most venomous serpents slither through sub-Saharan Africa, tropical Asia, New Guinea, and Central and South America, in rural communities, far from medical facilities or antivenom stocks. As many as 46,000 snakebite deaths occur annually in India alone. In some cases, victims die after relying on traditional healers rather than modern medical treatment.

Categorising the world’s most dangerous species is never easy since, in addition to toxicity of venom, reptile experts (or herpetologists) take into account factors such as efficiency of venom delivery, venom yield, position of bite, and snakes’ behaviour around humans.

Drop by drop, the most toxic snake venom of all is that of the inland taipan (Oxyuranus microlepidotus), or fierce snake as it’s sometimes known, which lives in central east Australia. According to the Journal of Herpetology, just one bite contains enough toxin to kill at least 100 fully grown humans. This scary beast is shy and reclusive, however, and inhabits remote areas, so it rarely comes across humans.

With so much venom slithering around so many regions of the planet, just imagine what a difference Friede and Glanville could make if they are successful in developing a universal antivenom. “This will act as an antivenom for the entire world,” they claim. “A single dose that provides complete protection for all patients at a greatly reduced cost.”

Snakes have been envenoming and killing or maiming humans (and our hominid ancestors) since the dawn of time. So why haven’t we yet developed a vaccine that works on all species in all regions of the world?

The answer to this question may have a lot to do with money. Since snakebites mainly affect poorer parts of the world, cures are unlikely to earn lucrative profits. Therefore antivenoms are rarely a priority for the world’s major pharmaceutical companies.

There are other researchers working in the field, however. Brian Lohse is a professor at the University of Copenhagen’s Department of Drug Design and Pharmacology. Through his company Serpentides, he claims to have developed a peptide which can neutralise a particular type of toxin found in the venom of 75 per cent of the world’s venomous snakes. He expects it to be cheaper, more convenient and easier to administer than current antivenoms.

“It will fit in your pocket, and it can be used by anyone, anywhere,” Lohse explains. “The idea is that it can be injected using an automatic injection unit – like the ones used by diabetes patients – directly into the muscle or fold of the skin at the site of the bite.”

Lohse told Chart magazine the use of this new product in jungles or remote countryside will buy snakebite victims life-saving time. He and his colleagues are still testing the product, and they expect it will be another ten years before it can be used in the field. “Now comes the difficult part, to get investors and funding to finish the pre-clinical work and move it into clinical trials,” Lohse added.

Back at Centivax, in San Francisco, Glanville believes he can bring his universal antivenom to market even more quickly. He told Chart magazine he expects to be testing it on humans within three years from now. “We could definitely be faster if the stars align with funding,” he added. He estimates it will be deployed in the field within five years and that, potentially, it could save over 70 per cent of deaths and limb losses.

In the meantime, it pays more than ever to heed the advice of the WHO when venomous snakes are around. They suggest cleaning up rubbish and cutting grass short near human dwellings, along pathways and where children play; using lights when walking outside at night; sealing houses to keep snakes out; and sleeping on a raised bed.

But most of all, they stress the importance of decent footwear. “Walking barefoot through snake-infested areas is a major cause of snakebite,” they warn. “As many as 80 per cent of all snakebites occur below the knee. These could be prevented if people had access to cheap, practical and protective footwear.” 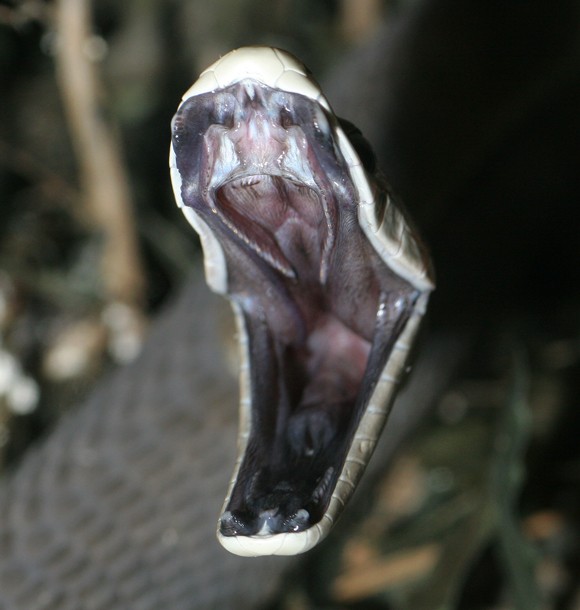 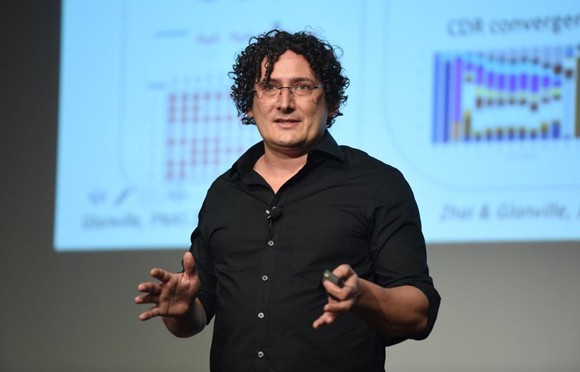 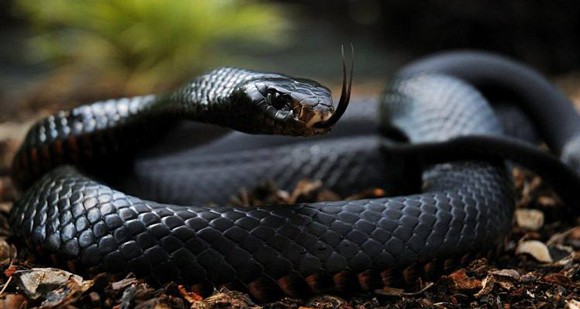 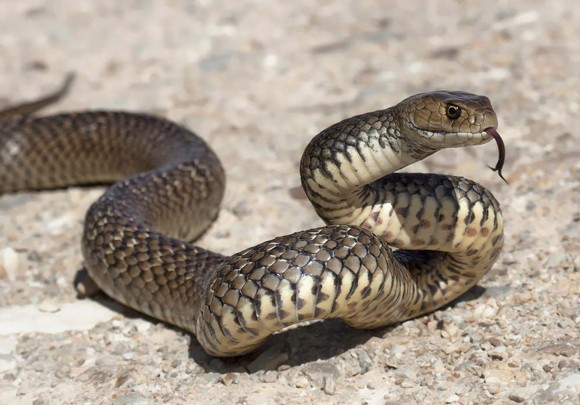 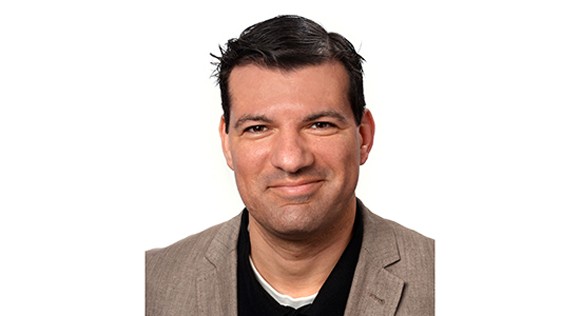 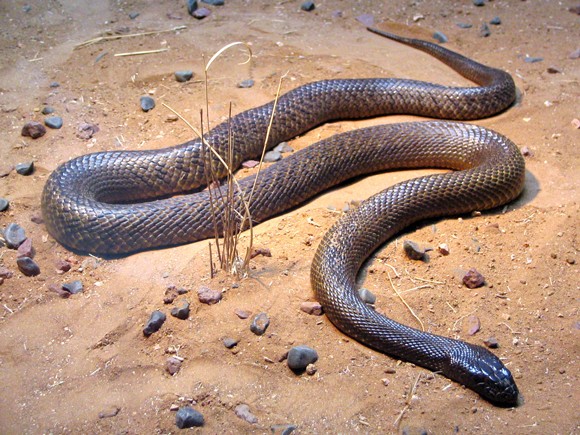