We must plug old oil and gas wells

Former oil and gas wells leak pollutants into the ground, atmosphere and water supply. Researchers reveal how drones could solve this environmental problem.

However, he never mentioned anything about tidying up after himself. As a result, we have left the face of our planet pock-marked by abandoned and unplugged oil and gas wells. The consequences could be dire for both the environment and the human communities near these wells. Fortunately, researchers at Binghampton University, in New York State, believe they now have a solution.

The scale of the problem caused by abandoned wells is vast. In the United States alone, it’s estimated there are at least two million of them. The uncertainty over the actual number demonstrates the problem: we don’t know where many of these wells are. This is where the geophysicists of Binghampton University come in. 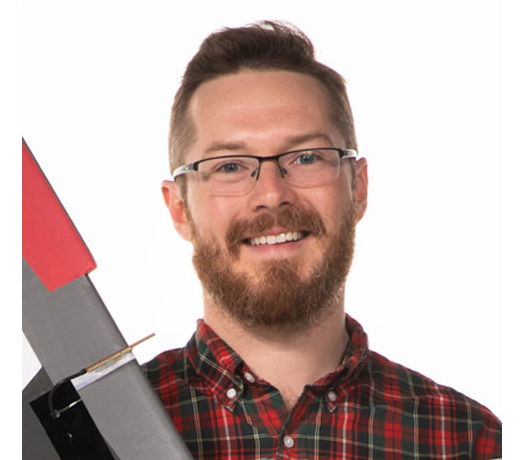 Historically, the location of wells used to be recorded – if recorded at all – on imprecise, hand-drawn maps. That information is often missing or inaccurate, however. Professor Timothy de Smet is director of geophysics at Binghampton. He and his team turned to 21st century mapping technology to solve the problem. They took remote-controlled drones that had been originally designed to search for unexploded ordnance in Ukraine, and adapted them to locate old oil and gas wells. The drones were fitted with magnetometers so as to detect the precise locations of metal casings around the wells. A three-hour test flight in Cattaraugus County, New York State, located no fewer than 72 wells.

It’s a “game-changer”, says de Smet. Densely forested areas in the northeastern United States are difficult to survey on foot. What’s more, they have sudden topographic changes that mean surveying aircraft are forced to fly too high where they miss the magnetic signature of the wells.

De Smet says the drone surveys have other advantages. “They are lower in cost, more efficient, operational in difficult environmental conditions, and much safer to the operator and the public,” he told Chart magazine.

De Smet’s work is well-timed. Unplugged wells were referenced by US President Joe Biden in the opening speech to the 2021 Leaders Summit on Climate. As part of his rallying cry to cut greenhouse gases and invest in clean energy, he painted a picture of “workers capping hundreds of thousands of abandoned oil and gas wells that need to be cleaned up… putting a stop to the methane leaks and protecting the health of our communities.”

The health impacts are considerable. The US Environmental Protection Agency calculated that, in 2018, 281 kilotonnes of methane escaped into the atmosphere from orphaned wells, the equivalent of consuming 16 million barrels of crude oil. Methane is a more potent greenhouse gas than carbon dioxide. It contaminates groundwater and, as it reacts with sunlight, it forms tropospheric ozone, a pollutant linked to breathing difficulties. There are even documented cases of methane explosions.

The need to identify and plug the wells is clear, and drones will accelerate the process. However, the path will not be smooth. Some of the problems are exacerbated by good intentions. The rise of renewable energies and President Biden’s recent order to pause drilling on federal land has contributed to growing pressure on American oil companies. Many have gone bankrupt over the past year, their plight worsened by a pandemic-driven contraction. A bankrupt oil company is in no position to plug its abandoned wells.

Jean Paul Getty knew that better than anyone. “Oil is like a wild animal,” he said. “Whoever captures it, has it.” The real problems arise when you stop capturing it and the wild animal escapes.

Wells accounted for in NYS-DEC database by county
(data from CUGIR, 2000 & NYS-DEC). 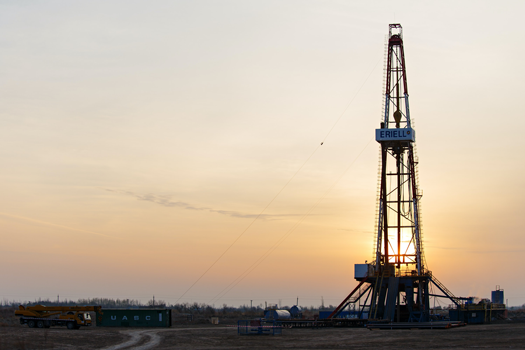 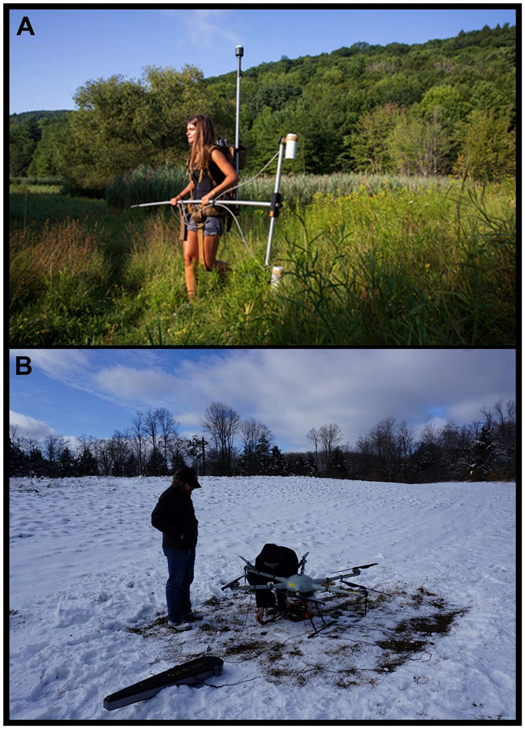 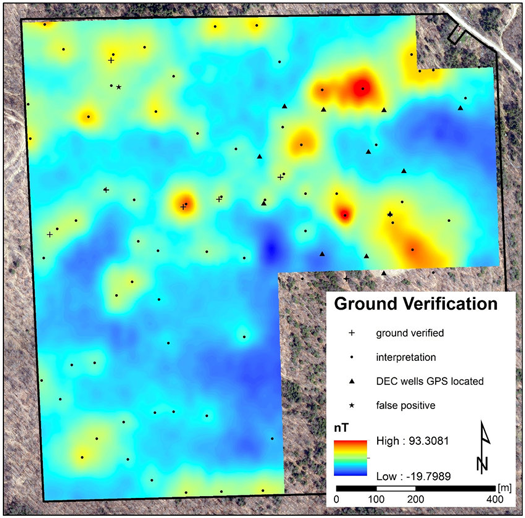 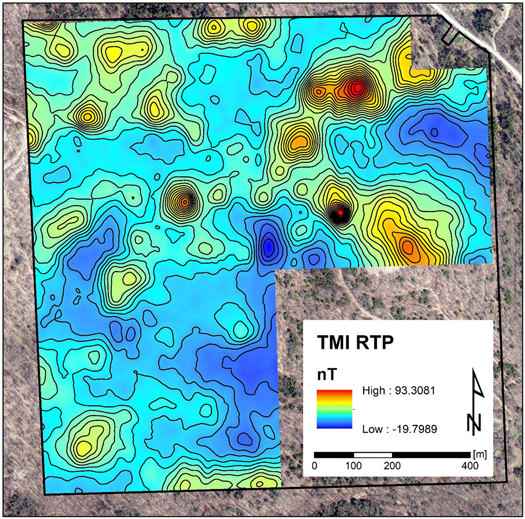