Where the wild things are

The Wildlife Photographer of the Year competition, at London’s Natural History Museum, displays nature in all its glory… and brutality. 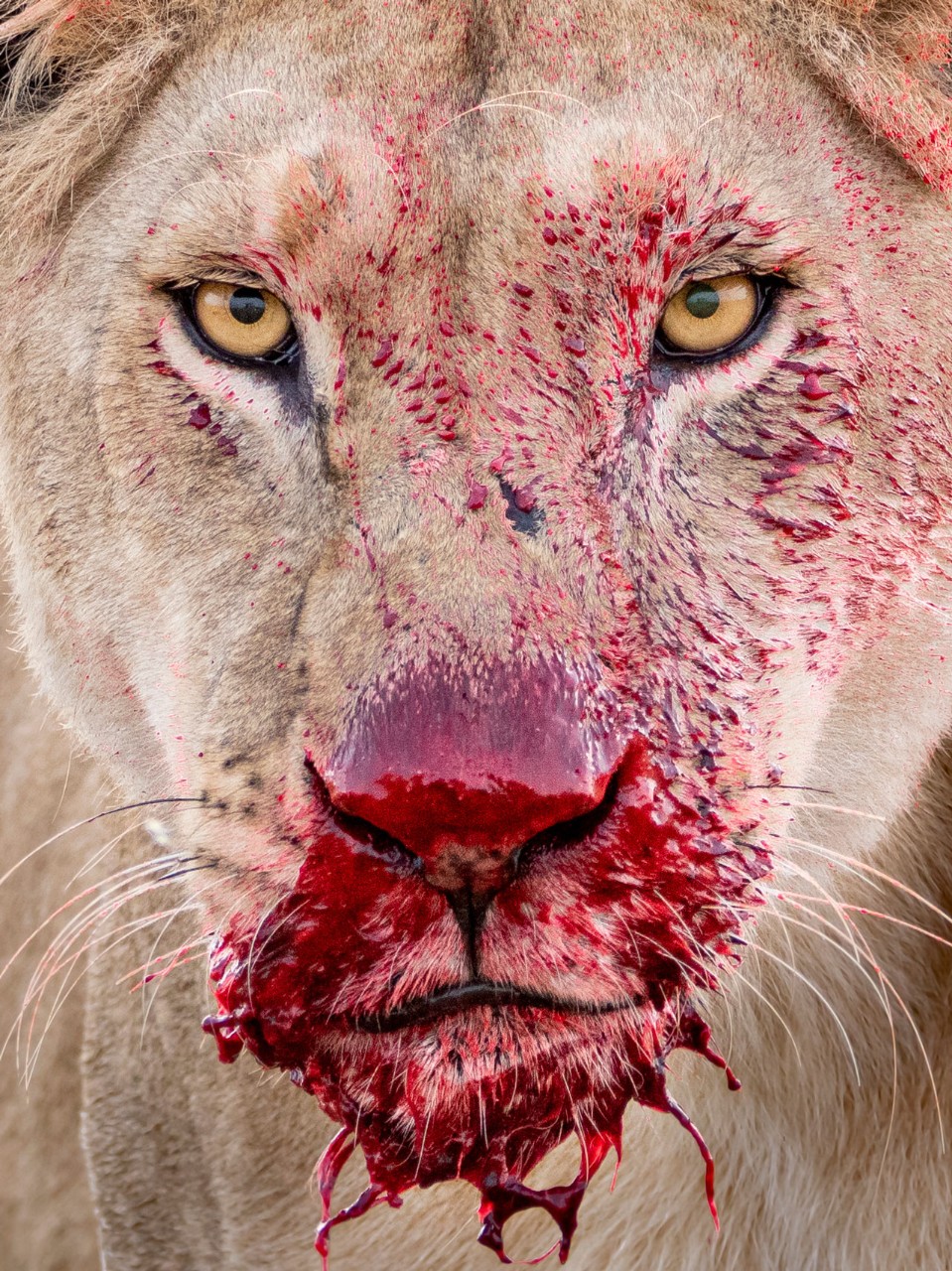 Jackson’s photo is currently on display at the Natural History Museum, in London, alongside the other finalists. While her image is arguably the most arresting of all, it didn't win first prize. That award went to French photographer Laurent Ballesta, for his image of a group of mating camouflage groupers. Over the course of five long years, Laurent and his team returned again and again to a lagoon in French Polynesia, diving both day and night around the full moon in July to observe the annual spawning of tens of thousands of these fish. After dark, they were often joined by reef sharks hunting the fish.

“The image works on so many levels,” explained the competition chairperson Rosamund Kidman Cox. “It is surprising, energetic and intriguing, and has an otherworldly beauty. It also captures a magical moment – a truly explosive creation of life – leaving the tail-end of the exodus of eggs, hanging for a moment like a symbolic question mark.” 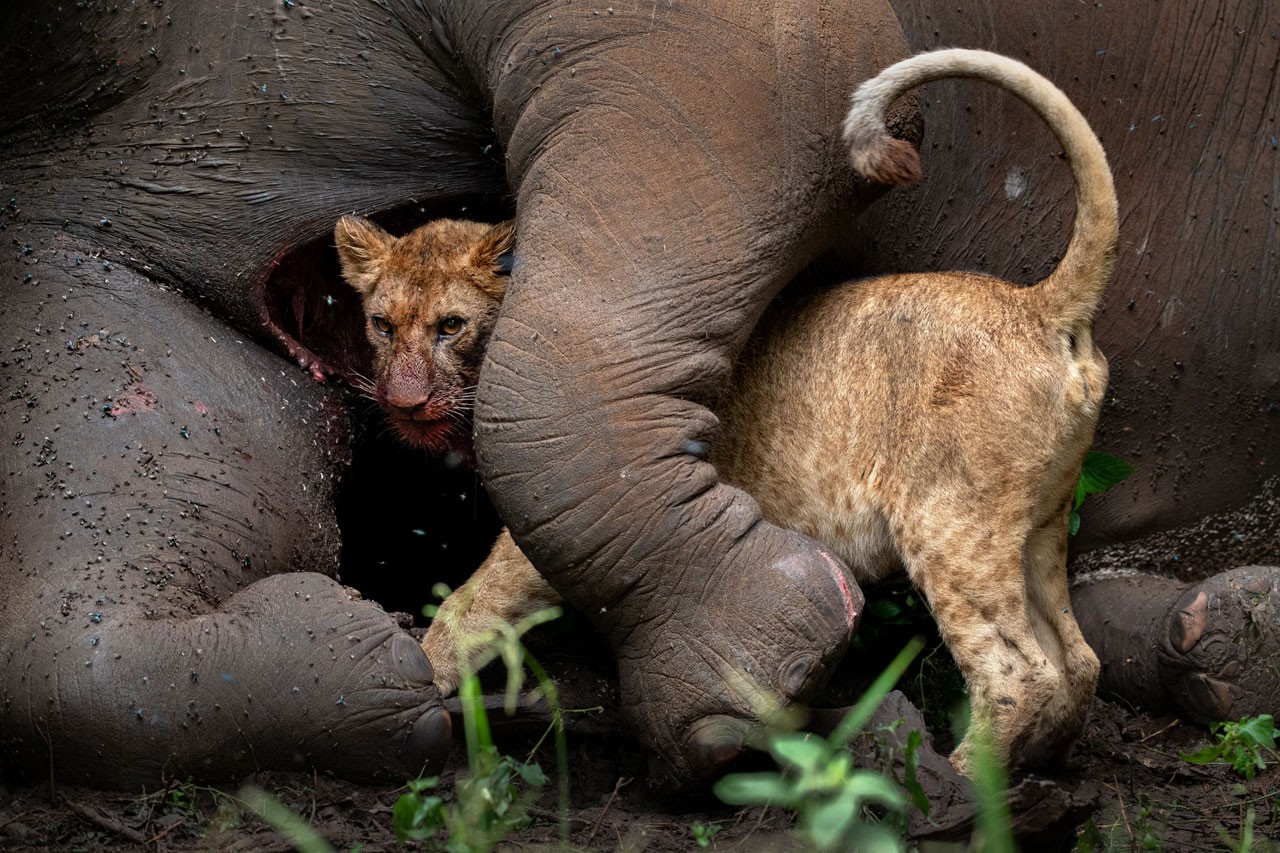 “This image shows that nature is not perfect, and not this pretty thing sometimes portrayed in documentaries or Disney films. It’s raw and it’s brutal, and it’s each animal for itself.”

In the summer of 2020, British conservational biologist Lara Jackson was observing the annual migration of wildebeest in Tanzania when she spotted a lioness making a kill. The gruesome but brilliant photo – one of the finalists in the 2021 Wildlife Photographer of the Year competition – was taken while the victim was still struggling in its death throes, and blood was dripping from the muzzle of the predator.

“It was a chance encounter,” Jackson tells Chart magazine. “I was just ten metres away from the lioness, in a vehicle. I have another photo from further out where you can actually see the blood spurting out of the wildebeest.”

Jackson says the whole experience left her very emotional. “I really struggled with it as a person,” she remembers. “But as a scientist, I couldn’t believe this was happening right in front of me. It was easier to watch it through my camera lens because that created a separation from the event, and allowed me to look at it with an analytical eye.” 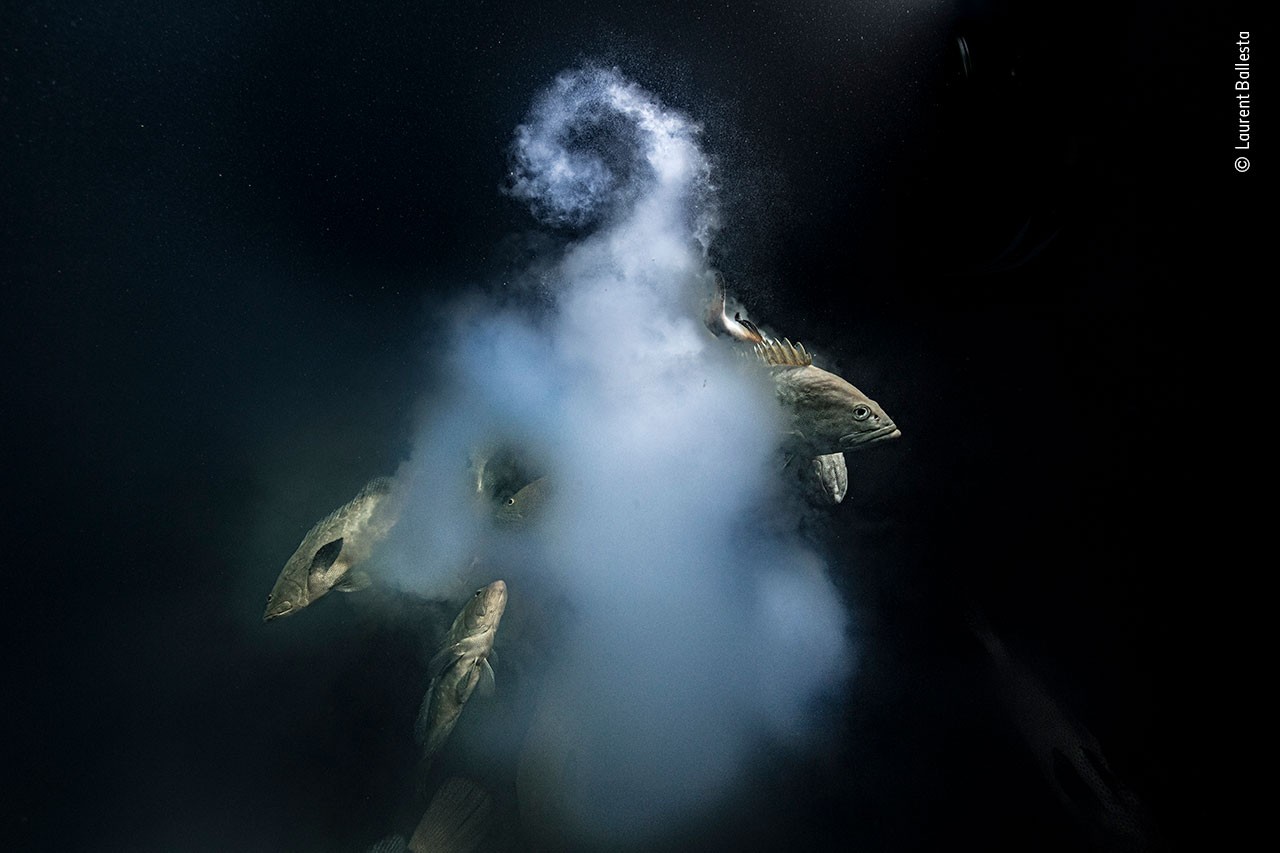 Another stunning image was this one of a lion cub feeding on a dead elephant, taken by Israeli photographer Roie Galitz, in 2019 in Tanzania. Although the elephant had died of natural causes, it appears as if it is embracing the baby lion.

“When I saw this scene my jaw dropped,” Galitz told Chart magazine. “This is something you never see. Elephant carcasses, although they are big, usually get consumed in a couple of days by lions, hyenas, jackals and vultures. They all come for the feast. This dead elephant’s pose was perfect. I call it ‘the last embrace’. People think the elephant is hugging the lion, and then they understand this is not an innocent hug at all.”

Rosamund Kidman Cox told Chart magazine that, in terms of variety of technique and visual impact, this year’s entries were among the best ever submitted in the 56 years of the competition. “The overall quality of the entries was quite surprising. Maybe people had more time over [Covid pandemic] lockdown to take pictures.” Interestingly, more than half the images submitted were captured by photographers in their home nations, an indication of how the pandemic restricted international travel.

She says that, during the lengthy judging process, she and the six other judges looked for “originality, freshness, truth to nature, and a wow factor with a lasting impact.”

“They call this the Oscars of wildlife photography,” she added, explaining how the competition encourages conservation and life science, as well as the art of photography. “All the photographers have amazing stories to tell because they have been to these places and have observed things that even scientists may not have observed.”

Cox and her colleagues received well over 50,000 entries in all, which they whittled down to a final 100, all now on display at the museum.

Other stand-out photos include the following:

Wildlife Photographer of the Year is developed and produced by the Natural History Museum, London. Next year’s competition closes on Dec 9th 2021