Some works of art are so fragile and so valuable that museum and gallery visitors only get to see fake copies. Are we being duped?

It looked like the perfect heist. In March 2019, thieves crept into the church of Santa Maria Maddalena in the southern Italian town of Castelnuovo Magra. They smashed a glass vitrine with a hammer, grabbed a famous painting by a 17th Century Flemish artist, hopped in a car and made their escape.

The police, though, weren’t worried in the slightest. They had received a tip that the painting in question, The Crucifixion by Pieter Brueghel the Younger, was being targeted by thieves. So they had plotted with the local mayor and church officials to switch the original with a copy.

It wasn’t a particularly good copy. Even members of the church congregation, with no training in art history, recognised that a fake had been installed, but they chose to keep quiet.

The robbers weren’t quite as observant. Instead of bagging a masterpiece worth several million euros, they ended up with a worthless copy. And they’d been observed on security cameras, so it was a simple matter for the police to later arrest them.

This little caper provides a glimpse of a wider question that often haunts museum and gallery visitors. Are the works on display always the originals?

Even the world’s most famous painting has its doubters. Many a conspiracy theorist has posited that the real Mona Lisa – hanging in the Louvre, in Paris, and photographed and shared on social media daily – is not in fact the original.

This doubt first began after a 1930s newspaper article claimed six copies of the painting had been produced and sold to gullible, wealthy American collectors, each of whom believed they had the original. The story was fake news, but the legend stuck.

It was later reinforced thanks to stories during the Second World War about French authorities saving the real Mona Lisa from being stolen by the Nazis. Convincing copies were produced and distributed all over France in an effort to lead Hitler's henchmen on a wild goose chase.

Modern-day art galleries also replicate copies of originals. In 2019 the Albertina Museum in Vienna staged a blockbuster show of Albrecht Dürer’s works. What made the exhibition so special was that it featured original Dürer drawings and watercolours – normally kept in storage and reserved for researchers since prolonged exposure to light risks fading them. 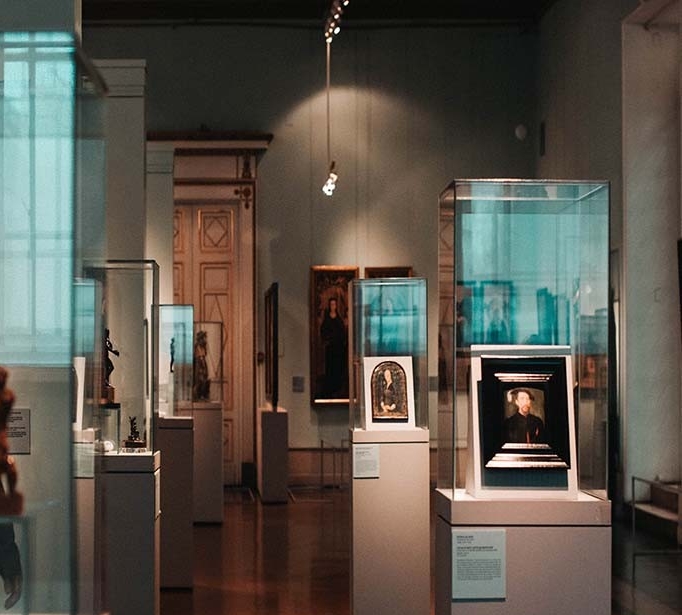 These originals are exhibited only for a few months every five years. The rest of the time excellent, immaculately precise copies are displayed instead. However, visitors will struggle to find labels that admit this is the case.

This is common practice, though, particularly for drawings and watercolours which are damaged by extended exposure to light or, worst of all, camera flashes.

Some visitors will be surprised at the level of deception. Dippy, the Diplodocus who was displayed for 38 years at London’s Natural History Museum, for example, is one of ten replicas, not the original fossils. At Albrecht Dürer’s House – the artist’s former home in the German city of Nuremberg and now a museum – there is not a single original work to be seen; only modern copies.

Opting for copies is often a question of fragility, but sometimes about accessibility. An exhibition of Leonardo da Vinci’s flying machines, for example, must, by definition, show modern models since no originals exist. Even pages from the Italian genius’s notebooks are copies since originals risk being damaged by light. And yet, visitors would rightly feel hard done by had they bought a ticket and failed to see one original work.

Occasionally the rationale behind reproductions makes perfect sense. In the 1990s, near a village called Vallon-Pont-d'Arc, in southeastern France, archaeologists discovered a huge cave decorated with Palaeolithic cave paintings. Determined to preserve these vital works of art intact, they closed the cave to the public and built a replica cave nearby instead, complete with facsimile cave paintings. Previously discovered caves had taught them that cave paintings can be damaged by the exhalations of human visitors, and by microbes from the outside world. Archaeologists weren't going to make the same mistake again. Nowadays, only small groups of scholars, over short periods of time, are permitted inside the real cave. 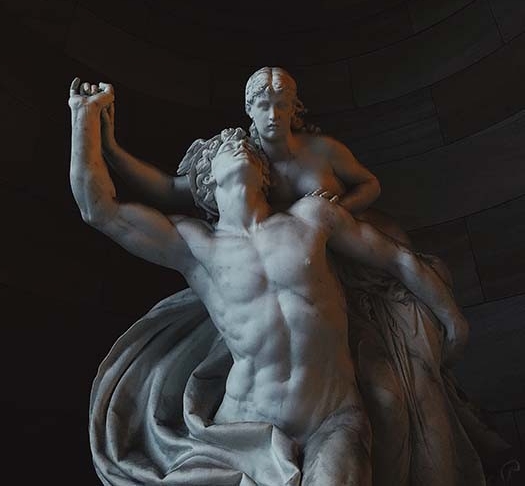 Another reason to exhibit copies instead of originals is the prohibitively high price of insurance premiums.

Museums that cannot afford insurance might squirrel away the originals in storage, making them accessible only for scholars.

Does it all really matter, though? If you can barely distinguish originals from high-quality copies, what’s the big deal?

One answer is that visitors expect museums and galleries to be forthright, and to present authentic works to us, for our interest, education and enlightenment. Nobody likes to feel they’ve been duped. Museums are morally obliged to clarify what is original and what is not, even if that results in fewer visitors.

Imagine travelling to Paris to view the Eiffel Tower, and being presented with a plastic, 3D-printed replica erected in place of the original. You'd be outraged; even if, from a distance, you couldn’t tell the difference.

Some exceptional art also radiates a feeling of mysticism. German critic Walter Benjamin once explained how there is an aura surrounding great works of art that we cannot explain, but that we simply feel.

Nevertheless, certain museums revel in the fakery. Amsterdam’s Van Gogh Museum, for example, will sell you a set of 3D-printed replicas of nine of their most famous Van Gogh works. Each one features all the finest details of the painter’s heavy impasto brushwork.

As the museum website boasts: “The reproductions are of such high quality that it is almost impossible to distinguish them from the originals with the naked eye.”

The gravest danger of all is that schemes like this will become so commonplace that visitors will eventually settle for quality copies and no longer bother with originals.