Scientists in New Mexico are working on technology they hope will one day predict earthquakes before they happen, potentially saving thousands of lives.

The Boxing Day tsunami of 2004 will surely go down in history as one of the most terrible tragedies of this century. An estimated 228,000 people across 14 countries bordering the Indian Ocean perished when an undersea earthquake triggered a series of huge tsunamis. As with all major earthquakes, the death toll was exacerbated because the victims had little or no warning.

Geoscientists at Los Alamos National Laboratory in the US state of New Mexico are hoping that, God forbid, should another earthquake occur on this scale, they will be able to warn anyone in the strike zone early enough that they can take evasive action. They have developed technology which uses machine learning to track the acoustic signals emitted by a controlled fault in a laboratory, allowing them to predict the time remaining before their artificial earthquake strikes.

Once a secret military base (this is where the atomic bomb was first developed), Los Alamos National Laboratory is now focused on promoting national security through science. Predicting the arrival of a massive earthquake certainly falls into that category.

“This is truly a revolution,” says Paul Johnson who is leading the project. “Machine learning allows us to solve problems that have been difficult for us since the beginning of science. In particular, studies of fault physics and earthquake forecasting have been something we haven't made much headway in over the last three or four decades.”

But now they are making headway. It’s all thanks to advances in the storage and processing of very large quantities of data – so-called big data. “We have faster computers than we've ever had,” says Johnson. “Also, we’ve seen real headway in neural networks – an artificial intelligence approach that allows the computer to learn from new data and update its own results to reflect the implications of new information. These are real game changers.”

But how does Johnson and his team simulate earthquakes in a laboratory? He compares it to pulling a brick with a spring across a rough surface, such as a carpet. At first, there’s enough resistance to hold the brick. The spring gets longer as you apply more force, and then eventually: bang! The brick lurches forward.

“That's the equivalent of a laboratory earthquake,” he says. “Our technology is able to predict when the fault will slip by measuring the quantitative information from the noise it’s making.” 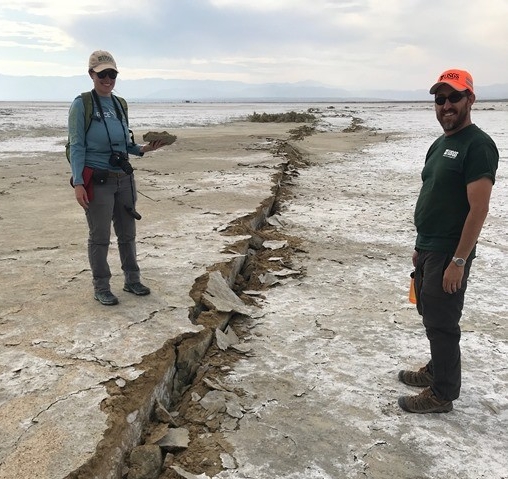 Machine-learning algorithms can predict failure times of laboratory earthquakes with remarkable accuracy. The acoustic emission signal reliably predicts failure far into the future. This is a surprise, Paul points out, because it was assumed that only big movements were relevant for predicting earthquakes. Small fluctuations were previously neglected.

“Surprise is maybe an understatement,” he explains. “But there are so many surprises here that nothing is a surprise anymore. It's really hard to know where this will go because it's moving so rapidly.”

The speed of discovery is causing tremors within the geoscientist community too. This area of science has been divided for many years over whether faults are deterministic. In other words, do they follow specific patterns that will lead to an earthquake? Or are they random in nature?

What we claim is that we're going to make tremendous advances towards that question. If, in my lifetime, we actually were able to predict earthquakes, that would be remarkable.

“We’re definitely feeling the heat,” said Johnson. “Our work is really the only work that has demonstrated determinism without a doubt. We're trying to be honest with ourselves and the community. We don't claim that we're going to predict earthquakes on Earth. What we claim is that we're going to make tremendous advances towards that question. If, in my lifetime, we actually were able to predict earthquakes, that would be remarkable.”

Johnson is ready to accept that he may not end up being the earthquake soothsayer. More likely, he admits, his work will help another scientist in the future to save people from destruction.

Besides, his team faces a major challenge before they can forecast earthquakes in the real world. “Real earthquakes take place on timescales that aren't human: many thousands of years,” explains Johnson. “We only have a small window of access, so we lack the big data to build the machine-learning model.”

Earthquake disaster movies are usually full of Hollywood A-listers and CGI effects. Johnson and his team are trying to save the world with bricks and springs. You wouldn’t bet against them, though. In Johnson’s voice you can hear the enthusiasm.

“This a great time to work in this field,” he says. “It’s the most exciting thing I've worked on in my career, hands down.” 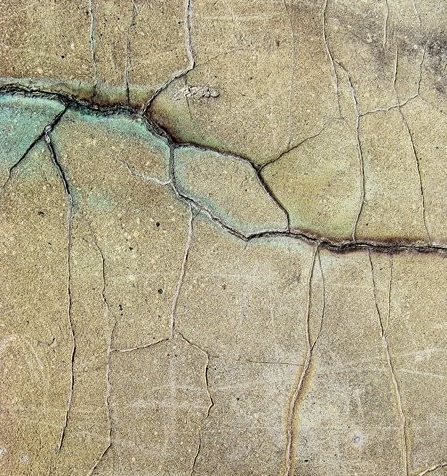 Already a bad century for earthquakes

History is full of devastating earthquakes, and this century alone has already added some of the deadliest and costliest on record.

It started with an earthquake that struck the sea bed of the Indian Ocean, measuring 9.3 on the Richter scale. The waves spread death and destruction from the Maldives to Thailand, claiming up to a quarter of million lives and costing billions of dollars of damage – all in under ten minutes.

Haiti is still recovering from the 2010 earthquake (7.0 on Richter scale) which killed well over 100,000 people. Unconfirmed government figures suggest up to three times this amount. The epicentre was just 25 km from the capital Port-au-Prince, causing widespread collapse of buildings. This was a quake that kept on quaking, sending dozens of heavy aftershocks over the following fortnight.

In 2011, the Tohoku region of Japan suffered a 9.03 magnitude earthquake, the most powerful recorded in Japan. At 16,000, the death toll was lower than others, but it was the structural damage to the Fukushima Daiichi nuclear power plant that dominated headlines, as the authorities raced to bring the reactor meltdown under control.

In 2015, the eyes of the world turned to Nepal, as a 7.8 magnitude earthquake shook the Himalayas with an impact thought to equal 20 thermo-nuclear weapons. Despite the rapid international response, the country is still undertaking a massive reconstruction programme, with remote communities battling the damage to roads, water infrastructure and homes.