With little over 1 year to go before MARPOL Annex VI introduces a further steep reduction in global sulphur emission limits, it is estimated that approximately 60,000 active ships in the world will need to meet the requirements of this regulation. Ensuring compliance by 1 January 2020 will not be possible without considering a number of regulatory, technical, financial and contractual factors; the most prominent of which we outline in this Circular.

Background to the regulation

The MARPOL Convention is the main International Maritime Organization (IMO) instrument regulating the prevention of pollution by ships. Its Annex VI’s target of limiting the main air pollutants contained in ships’ exhaust gas, was strengthened in 2008 when the IMO’s Marine Environment Protection Committee (MEPC) adopted a revised version which introduced a global progressive reduction in emissions of sulphur oxides, nitrous oxides and particulate matter.

To this effect two geographical zones are recognized by Annex VI, each characterized by clearly defined emission limits within its boundaries. On the one hand Emission Control Areas (ECA) were established with a fuel oil sulphur limit of 1.00 % m/m (by mass). Originally restricted to the Baltic Sea area and the North Sea area, the ECAs were eventually extended to include the North American area and the United States and Caribbean Sea area. Since January 2015 ECAs emission limits have been reduced further to 0.10% m/m. When trading within these areas all vessels must currently comply with this limit.

On the other hand the remaining geographical areas, outside ECA boundaries, are subject to global sulphur emission limits. Since 1 January 2012 these limits were set at 3.50% m/m. However, as part of the regulation’s progressive implementation, a further steep reduction is scheduled for 2020 bringing limits down to 0.50% m/m. Limits on ‘fuel oil’ on ships are understood to include use in main and auxiliary engines and boilers.

Scope of the changes

Limited specific exemptions are provided for situations involving the safety of the vessel; saving life at sea and when a vessel or its equipment is damaged.

All ships of 400 GT or more will be required to have an International Air Pollution Prevention (IAPP) Certificate issued by the Flag State. These Certificates will state the vessel’s preferred method of compliance and so include a section confirming when the ship uses fuel oil with a sulphur content within applicable limits or in turn relies on an approved equivalent arrangement. During Port State inspection this will determine appropriate compliance assessment.

Furthermore, at the time of taking fuel oil ships must obtain a bunker delivery note stating the sulphur content. Consumption is also to be adequately recorded in the ship’s Annex I Oil Record Book, as Port States are allowed to monitor all records and take samples for verification. In all cases, surveillance techniques to assess air pollutants emitted can also be used. 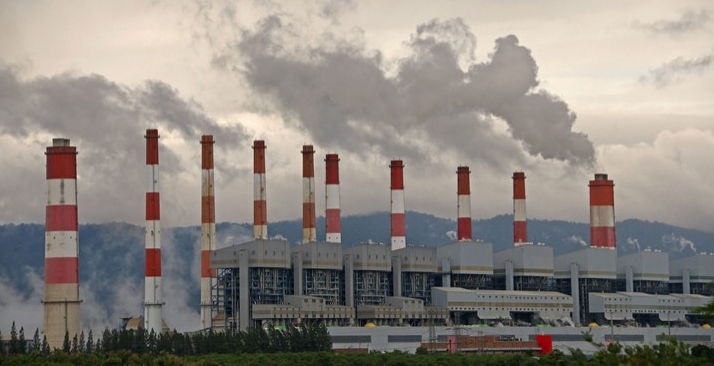 How to ensure vessels are compliant?

All vessels can ultimately become compliant via the following routes:

Let us consider these in more detail.

RELEVANT FACTORS
Whereas major modifications to the vessel will not be required, costs will be an issue. The difference in price with residual fuel is expected to increase further after 2020 and there is also increasing concern on refineries’ ability to meet demand after this date.

Burning hybrids or blends
A number of compliant products which are heavier than MGO and MDO but lighter than residual fuel oils are being developed by producers. Whereas products specially produced to be compliant are commonly referred to as ‘hybrids’, those resulting from the mix of distillate and residual fuels are known as ‘blends’.

RELEVANT FACTORS
Requires no major modifications to the vessel and is a cheaper option than distillates. On the other hand there is a risk that blends fall outside the latest specified ISO 8217 grades and present a higher risk of incompatibility between fuels.

On this point ISO working group has reassured the industry that the General Requirements of ISO 8217 are also applicable to the lower sulphur grades. There is accordingly no reason why future blends should not be simultaneously stable and compliant. Aiming to offer specific guidance to fuel suppliers ISO is working on a publication on marine fuel quality post 2020. Separately the risk of fuel incompatibility in tanks, resulting from variations of oil blend formulations across regions, can be managed through adequate procedures to minimize fuel commingling.

These measures include both methods in which the formation of sulphur does not occur and those in which the sulphur is formed but subsequently removed.

Burning LNG
LNG is a natural gas in liquid form, predominantly methane, which generally contains a mix of heavier hydrocarbons such as butane and ethane. Importantly as a marine fuel LNG emits zero sulphur and virtually no particulate matter. The IMO has published studies on the feasibility and use of LNG as fuel for shipping (2016).

Installing Exhaust Gas Cleaning Systems (EGCS) – scrubbers
Designed to allow continued use of fuel oil with sulphur content above 0.5% m/m, the EGCS effectively washes the exhaust gas prior to emission in order to reduce pollutants released into the air. These systems are categorized as open loop, closed loop or hybrid, depending if they operate with freshwater or seawater, and taking into account the methods for residue discharge.

RELEVANT FACTORS
Initial capital expenditure is in the region of USD 3 - 5 million. In addition the systems and equipment require significant space. Although a big challenge in terms of financing, it is possible to consider leasing scrubbers through a service agreement. At this moment scrubbers are seen as a temporary solution and only a small percentage of the world fleet will be fitted with them by 2020. E

"All vessels can ultimately become compliant"

The success of a shipowner’s choice will also depend on the future fuel prices in 2020 and beyond.

With 2020 fast approaching, ship operators must make some urgent decisions to prepare for implementation. Which route is most suitable for a particular ship will depend on a number of factors including its type, trading area, proportion of time trading within ECAs and its remaining service life.

To help shipping companies prepare for implementation the International Chamber of Shipping (ICS) has produced a comprehensive guidance on implementation planning. With this the ICS aims to advise the vast majority of ships that intend to comply by using fuel oils with a sulphur content of 0.50% m/m or less. Further information on specific technical requirements should be sourced from your applicable Class and relevant Flag State authority. Together, this information will assist shipowners to develop appropriate implementation plans to be prepared in time for 2020.

Ships trading on charter can expect contractual issues to arise. Under common time charterparty forms, it is the charterer’s responsibility to supply fuel for the vessel. Both owners and charterers will thus be required to assess their contractual terms, with a focus on the costs and risk allocation clauses.

BIMCO has announced the introduction of a series of standard clauses to address some of these issues. The expert’s group tasked with developing charter party solutions for 2020 has chosen to divide bunker issues into distinct projects dealing with the transitional period leading up to and immediately after 1 January 2020; compliance as from this date and scrubber related issues.

Work on the ‘compliance clause’ is being undertaken first and it is expected to be published shortly under the name ‘BIMCO 2020 Global Marine Fuel Sulphur Content Clause for Time Charter Parties’. The other clauses will be published within the next months. If needs be, a review of their existing suite of time charter bunker clauses will follow by mid-2019.

Although it is useful to note that standard clauses will become available tools to assist in preparing for 2020, there is no single clause that can deal with all the issues that might arise. Accordingly our Assureds are advised to timely review their bunker – and other related – clauses in their charter parties.