China is building a new offshore floating space port. The Eastern Aerospace Port is under construction in the Yellow Sea, off the coast of Haiyang city, in the eastern province of Shandong. Developed by the China Aerospace Science and Technology Corporation, it will be used to launch rockets, satellites and constituent parts of China’s future space station.

Offshore platforms allow for launches closer to the equator, where less fuel is required to reach orbit. Also, crucially, if accidents occur, they pose less risk to heavily populated areas.

US aerospace company SpaceX is also keen to launch rockets over water. It recently confirmed plans to transform oil rigs into “floating, superheavy-class spaceports for Mars, the Moon and hypersonic travel around Earth.” 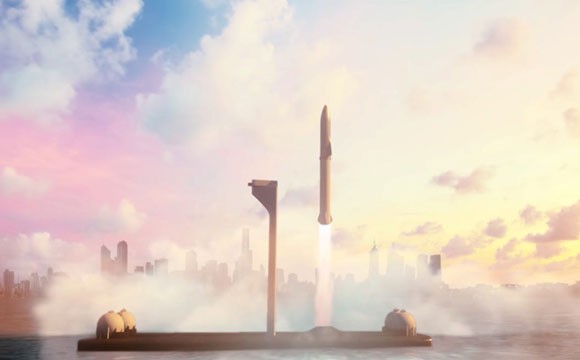 Need to fly faster, further and more cheaply? This mysterious bullet-shaped plane – currently in prototype stage – could be just the ticket. It’s called the Otto Aviation Celera 500L and it might just be the most fuel-efficient passenger aircraft yet.

With room for six passengers, it will have a maximum cruise speed of 460mph thanks to an aerodynamic design that has 59 per cent less drag than conventional aircraft of a similar size. The range will be a staggering 4,500 nautical miles without refuelling. The manufacturers claim that, compared to a similar jet aircraft, their new design will offer eight times lower fuel consumption and a sixth of the operating costs.

“Otto Aviation’s goal is to create a private aircraft that allows for direct flights between any pair of cities in the US at speeds and cost comparable to commercial air travel,” explains founder William Otto, a veteran rocket scientist and accident investigator. He says the full-scale prototype has already completed 31 successful flight tests and will enter the private air travel market “soon”. 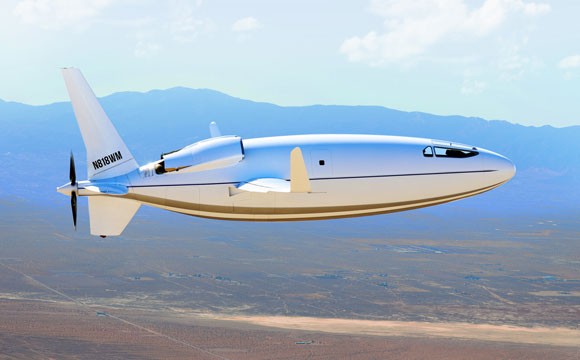 Eyes in the sky

A pair of British-built satellites could soon revolutionise the sea freight industry. Made by Spire Global and backed by £6million of UK government investment, the shoebox-sized nanosatellites launched in the autumn of 2020 on a mission to monitor the global shipping trade from space.

“Nanosatellites weigh less than a piece of cabin luggage, but are enormously powerful in what they can do,” explains Graham Turnock, chief executive of the UK Space Agency. “The Spire satellites are aimed at making trade hyper-accurate, with technology that makes business more cost-effective and efficient.” 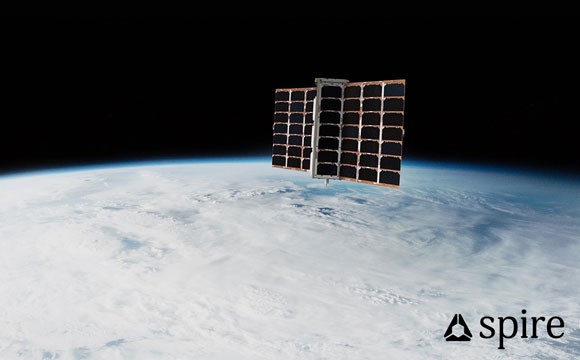 The rise of the battery mega-factory

The race to build the next generation of electric vehicles is on. Tesla hopes its next-generation battery technology will allow it to stay one step ahead of the rest of the automotive industry – but only if it can build its new batteries fast enough.

This is where Giga Berlin enters the fray. Tesla’s second battery manufacturing plant, located in a quiet suburb 20 miles south of the German capital, is due to be completed by 2021. Production could quickly exceed that of Tesla’s existing Nevada plant, which currently churns out 35 gigawatt-hours of batteries every year.

“Giga Berlin will come together at an impossible-seeming speed,” says Tesla founder Elon Musk. “The prefabricated construction method in Germany is extremely impressive.”

That’s good news, Elon. But if demand for renewable energy and electric cars continues to grow at the predicted rate, the world will need “at least ten more Giga factories by 2025”, according to the International Energy Agency. 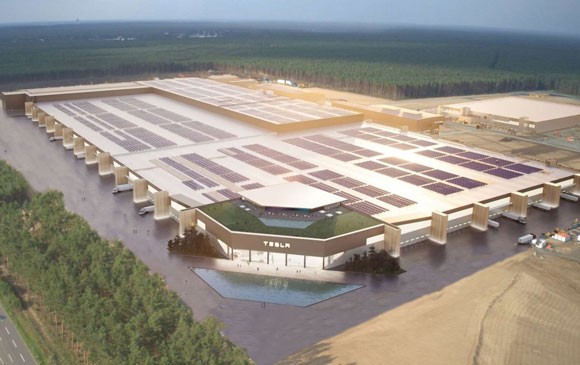 The battle for nuclear supremacy

China has set its sights on dominating nuclear power by 2030, and it could already be ahead of schedule. According to data analysts GlobalData, the People’s Republic will overtake France as the world’s second largest generator of nuclear power by 2022, eventually claiming the top spot from the United Sates in 2026.

While the Fukushima disaster, nine years ago, led to a pause in most nuclear industries, China has since forged ahead with its Hualong One design for a pressurised water nuclear reactor. The developers claim their system is smaller, safer and cheaper than traditional nuclear power stations: just US$2.5 billion per reactor – half of what France has spent trying to build a similar reactor.

The world’s first Hualong One reactor is set to enter operation ahead of schedule in the southeast Chinese province of Fujian in 2021. The developers have already started building other reactors for Pakistan, Argentina and, subject to approval, the UK. 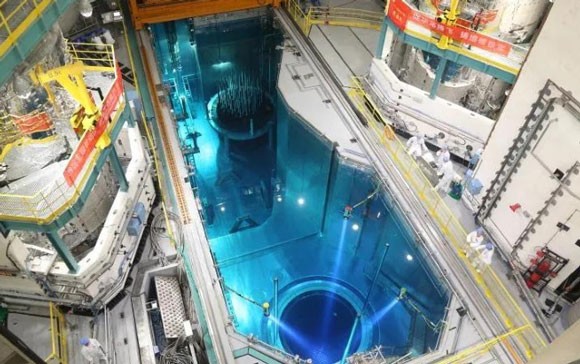 Engineering company Rolls-Royce has predicted that remote-controlled ships will be a common sight on our seas by 2030. Some semi-autonomous craft, however, such as the USV Maxlimer, have already set sail. (USV stands for uncrewed surface vessel.) Built by British company SEA-KIT, this 12-metre vessel recently completed a three-week mission to map a 1000-square-km area of sea floor below the choppy waters of the Atlantic Ocean. For the 22 days of its voyage it was skippered via satellite from its base in Essex, on the east coast of the UK. The on-shore crew used cctv, thermal imaging, radar and microphones to control every aspect of the boat’s progress.

Of course, it could be years before we see crewless, remote-control freighters criss-crossing the oceans. However, one Dutch company called Fugro, one of the world’s leading geographical data specialists, has already purchased a fleet of uncrewed surface vessels which it plans to use in offshore oil, gas and wind energy surveys. 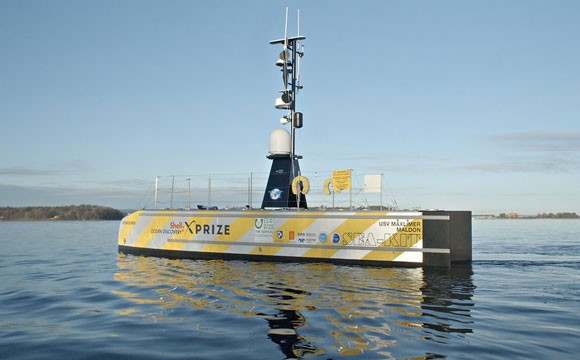 The competition to build the next spacecraft to deliver NASA astronauts to the Moon is heating up. There are currently three companies bidding for the contract, each one given US$1billion and ten months to devise a prototype.

Jeff Bezos’s Blue Origin has already delivered its prototype. Now, US military firm Dynetics has revealed a full-scale model of its Human Landing System, in the hope of partnering with NASA on the Artemis mission, which aims to land humans back on the Moon by 2024. SpaceX, the third company in the running, has yet to unveil its prototype.

Whichever spacecraft wins will lead the advance party in the eventual construction of the first ever permanent base on the Moon. 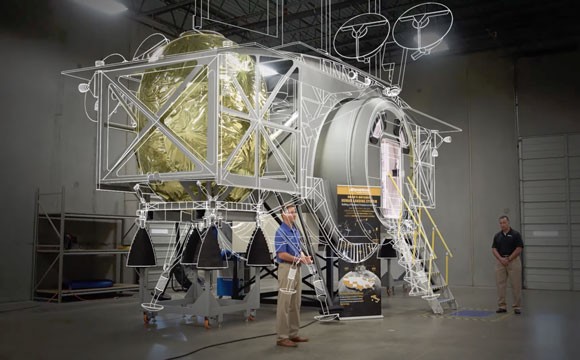 Shining a light on whisky

The world’s rarest whiskies can change hands for over $1 million at auction – but is anyone truly sure what’s in the bottle? After all, most whisky collectors buy to invest in, rather than drink the golden liquid.

In order to stamp out illegal counterfeiting, researchers from the University of St Andrews have developed a new laser that analyses the contents of an unopened whisky bottle. It uses a technique known as Raman spectroscopy, which shines a laser light through the glass wall of the bottle and into the liquid inside, reacting with the molecules of the whisky in order to determine its molecular make-up.

Don't worry if Scotch isn’t your favourite tipple. The technology can also be used to prove the authenticity of rare paintings and luxury foods, such as truffles and caviar. 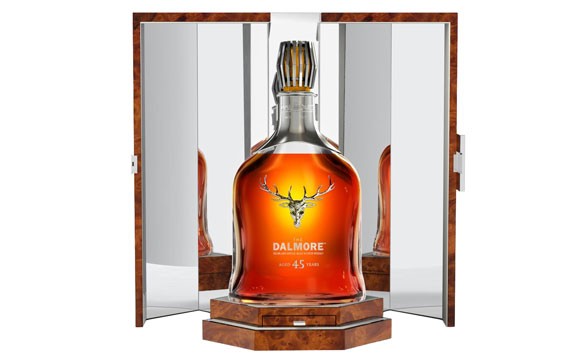