On the MS Amlin Radar

Milan, the fashion capital of Europe, will soon have one of the world’s largest solar roofs. The new project, called The Portico and designed by Bjarke Ingels Group, will feature photovoltaic tiles on a sweeping 140-metre-long hanging roof structure stretching between two buildings in the northwest of the Italian city.

It’s all part of a new district called City Life, a vast area of apartments, offices, shops, hotels and public space. The project broke ground in 2007 and is expected to be completed by 2023, featuring spectacular buildings designed by the likes of Zaha Hadid and Daniel Libeskind. There’s even a rooftop pool where guests can join the photovoltaic tiles in soaking up the rays. Don’t forget your sunglasses.

Above: The Portico, designed by Bjarke Ingels Group 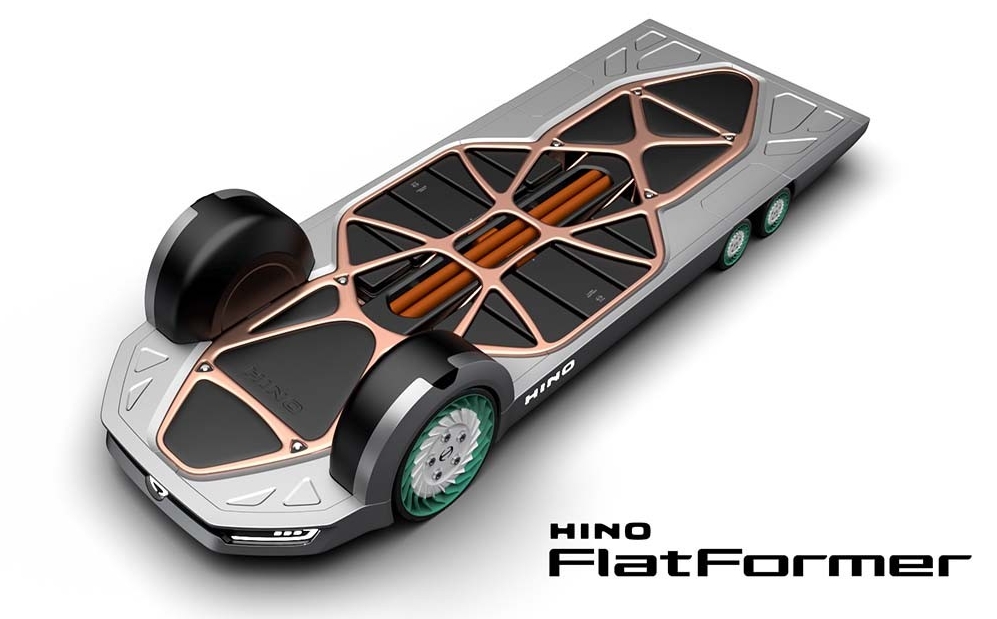 With no gearbox, no oil and very few moving parts, electric vehicles should be cheaper than their fossil-fuelled counterparts. The problem is that battery technology is so expensive.

Japanese commercial vehicle manufacturer Hino Motors believes it has a simple solution to the problem: modular all-electric vehicles. The truck and bus specialist has designed a 3D-printed electric skateboard-style chassis – called FlatFormer – onto which customers can place whatever type of vehicle body is required.

On a certain day, the vehicle might function as a dump truck. The next day it could operate as a passenger shuttle. Or a crane. Or a heavy-duty SUV. Or a limousine. The brilliant thing is there’s no need to buy a whole new vehicle: simply slot a new body onto the chassis.

Although it’s only a concept at this stage, Hino believes the chassis could reduce the costs of electric vehicles significantly – all without waiting for a major advance in battery technology.

If only humans could drink seawater. That would solve every water crisis in the world.

A concept to convert a crude-oil tanker into something called the Floating Desalination Vessel could one day make this dream a reality. It’s the brainchild of Sigmund Larsen, founder of Norwegian water company EnviroNor. The plan is to equip the tanker with a desalination plant that would remove the salt from seawater, before pumping fresh water to shore through a floating pipe.

Eventually the vessel could be deployed wherever drinking water was needed, providing relief during temporary or permanent water shortages. Larsen hopes his idea will result in ageing tankers being recycled rather than scrapped. He also suggests a concept called the Floating Wastewater Vessel which would draw polluted water from coastal communities before pumping clean water back to shore. 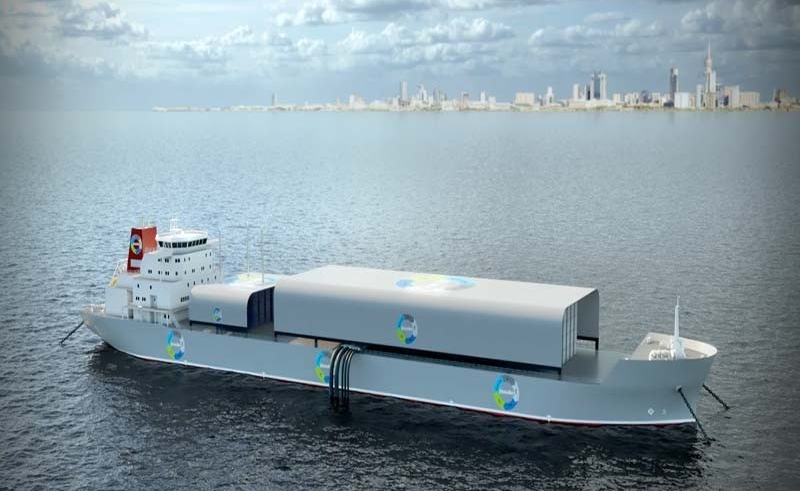 Above: The Flating Desalination Vessel 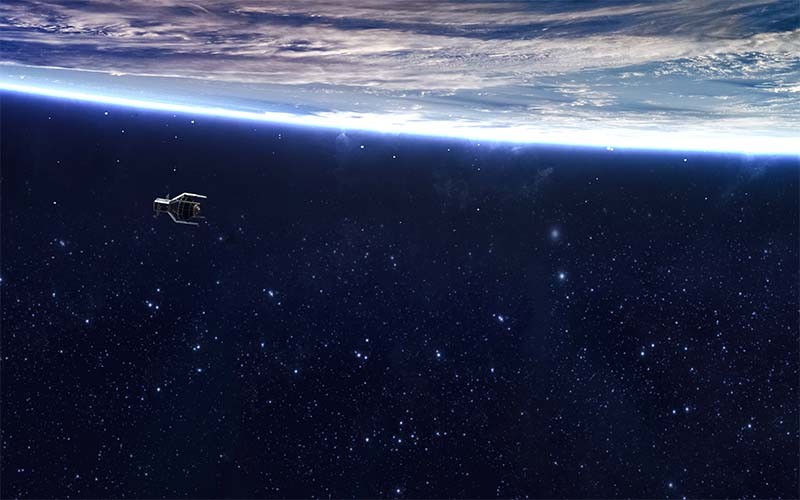 Above: ClearSpace's small craft, ClearSpace-1 due to launch in 2025 to capture metal left behind by ESA's Vega rocket

According to the European Space Agency, there are around 34,000 pieces of space junk (bigger than 10cm) in Earth’s orbit, many of them posing collision risks for satellites and spacecraft. Avoiding this debris not only burns precious rocket fuel, but can also eat up hours of mission time. How should it all be cleaned up, though? After all, vacuum cleaners won’t work in a vacuum.

To tackle the problem, the European Space Agency (ESA) has contracted Swiss company ClearSpace to initiate the world’s first space debris removal mission. The company originally planned to deploy harpoons and nets. However, it later decided to use a small craft called ClearSpace-1, with four mechanical arms that grab dead satellites and other debris.

“Imagine how dangerous sailing the high seas would be if all the ships ever lost in history were still drifting on top of the water,” says Jan Wörner, ESA’s director general. “That is the current situation in orbit, and it cannot be allowed to continue.”

The roar of a jet engine could soon become a thing of the past. That’s if NASA makes a success of its latest experimental aircraft.

The US space agency recently unveiled its first all-electric plane, the X-57 Maxwell. Its design involves replacing the wings on a four-seater light aircraft with wings containing electrically-driven propellers powered by lithium-ion batteries.

NASA is well know for its experimental aeroplanes, dubbed X-planes. Their initial prototype, the Bell X-1 (nicknamed Glamorous Glennis), was the first aircraft to break the sound barrier in level flight, back in the 1940s.

Will the X-57 Maxwell prove to be as historic? We’ll find out when testing begins in 2020. 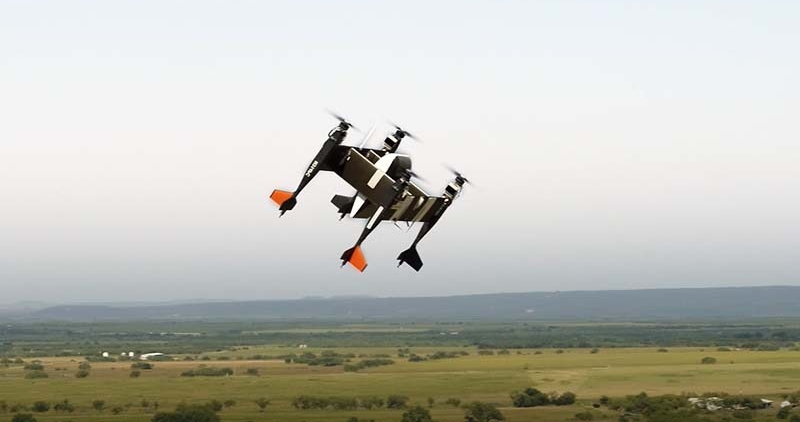 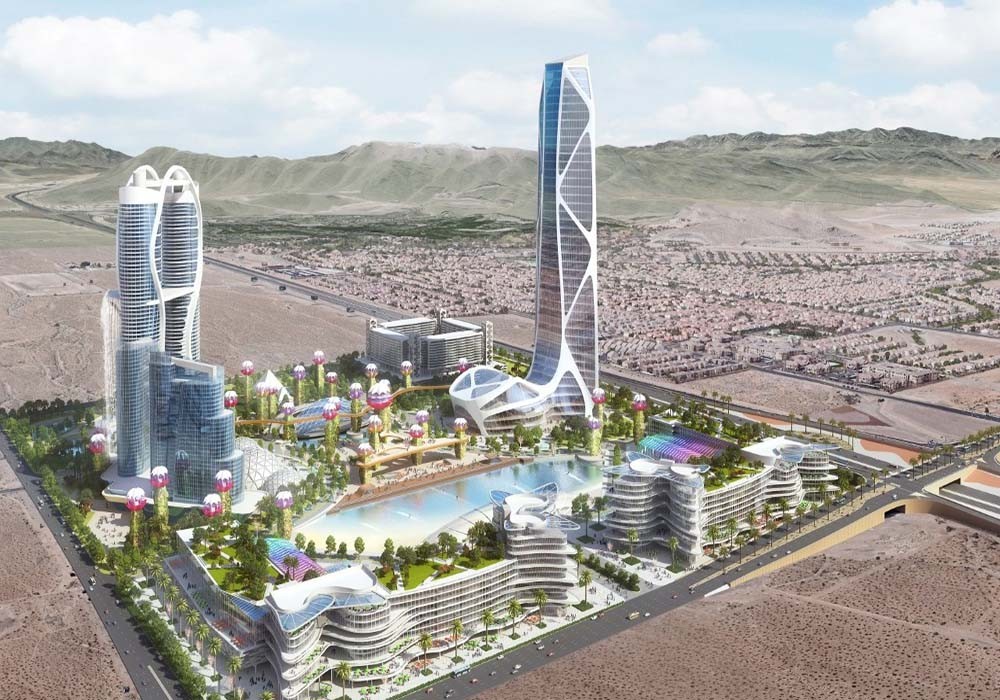 Las Vegas knows all about gambling. Right now the desert city is gambling on a high-tech future.

It recently broke ground on a US$7.5 billion smart city that will be populated by self-driving vehicles, artificially intelligent robots and smart trees that will conserve water supplies. Bleutech Park Las Vegas will feature buildings made of concrete that contains limestone-producing bacteria to seal any cracks.

As residents walk around, smart flooring will harvest the kinetic energy generated by foot traffic. That, combined with renewable solar and wind energy farms, will power all of Bleutech Park’s heating, lighting and water-purification plants.

The 85-hectare city district will be located at the southern end of the world famous Las Vegas Strip and is due to be completed in 2025. An ambitious target – but who would bet against Vegas?

A first-of-its-kind underwater power station could herald a new era of cleaner, safer and more sustainable offshore oil and gas production. Designed by ABB Industrial Automation in partnership with Equinor, Total and Chevron, the Subsea Power Station sits on the seabed, relaying energy from the mainland (for distances up to 600km, or 370 miles) to oil and gas platforms in deep water.

A joint effort by 200 scientists and engineers from all four firms, the £78-million power plant will give offshore energy companies access to a reliable supply of 100MW of power for the first time ever. The technology has already survived a 3,000-hour test in the shallow waters of Vaasa harbour, in Finland, but it is designed to survive depths of up to 3,000 metres, where water pressure is forceful enough to shatter a brick.

“Moving the entire oil and gas production facility to the seabed is no longer a dream,” says Dr. Peter Terwiesch, president of ABB Industrial Automation. “Remotely operated, increasingly autonomous subsea facilities powered by lower carbon energy are more likely to become a reality as we transition towards a new energy future.”

Cargo industry in a spin over drones

Could a new breed of heavy-lifting cargo drones shake up – and speed up – the air logistics industry? US aircraft manufacturer Bell hopes to put the theory to the test, with its all-electric Autonomous Pod Transport 70.

Like most cargo drones, it’s capable of vertical take-off and landing. But unlike rivals, the APT 70’s rotors pivot through 90 degrees once airborne, transforming the craft into a winged plane. The ingenious twist allows the quad-rotor craft to carry a payload of over 30kgs at 100mph (160 kph), covering a distance of 35 miles on a single battery charge.

Yamato Transport, one of Japan's largest door-to-door delivery service companies, plans to use the drone to deliver packages in 2020.