While art heists can often be exciting and glamorous, the subsequent attempts to sell the stolen goods are anything but.

By Noah Charney, founder of the Association for Research into Crimes against Art.

Back in 1988, at the elegant Colnaghi Gallery in New York, thieves smashed a skylight and rappelled down four stories, before snatching 19 paintings worth more than US$6 million, including a Fra Angelico and a Tintoretto.

In December 2000, in the Swedish capital Stockholm, car bombs detonated at various remote points across the city, drawing the police who believed it was a terrorist attack. In fact, it was just a diversion, as thieves drove up the peninsular road leading to the National Gallery, leaving behind them a trail of spikes to burst the tyres of would-be pursuers. They leapt out of their vehicle wearing balaclavas and wielding sub-machine guns, rushed into the open museum, shouted everyone to the floor, and made off with several paintings, including a Rembrandt, escaping in a speedboat in the bay behind the museum.

These escapades sound like they’re straight out of Hollywood movies: derring-do, a splash of art-world glamour, and more than a bit of sleight of hand. But are real-life art thefts ever quite as elegant, smooth and alluring as their silver-screen incarnations?

Extracting art from museums, private homes, galleries, bank vaults and churches is, believe it or not, the easy part. The thieves are occasionally fascinating characters, such as Vincenzo Peruggia, the Italian who stole the Mona Lisa in 1911, or Adam Worth, an American who stole Gainsborough’s Portrait of Georgiana, Duchess of Devonshire from a London gallery in 1876. But most of the time they are simple criminals with no interest in or knowledge of art. They’ve seen the same films we have, and therefore have romanticised ideas about how art crime works. 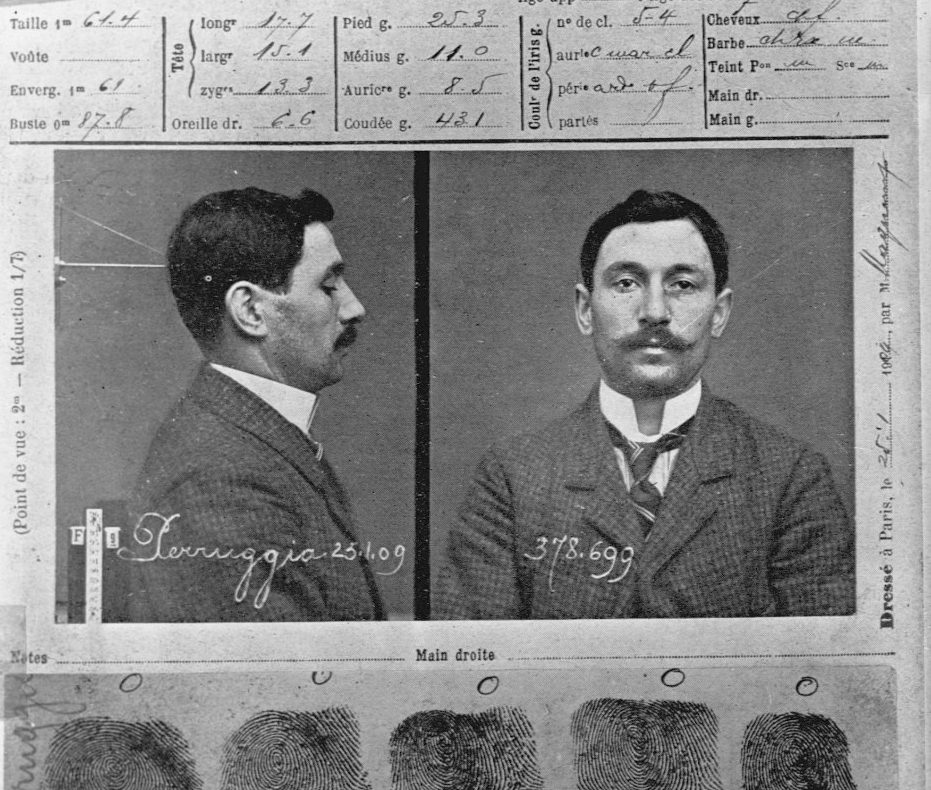 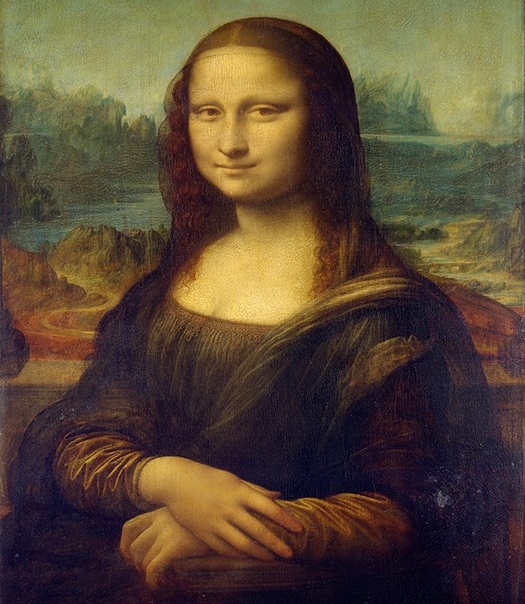 So while the heists can be cinematic, what happens to the stolen goods afterwards is far more prosaic. Stolen art essentially has no market at all, particularly now, in the age of the Internet, when anyone can check online databases as to whether a particular work is hot or not.

It is extremely difficult for criminals to profit from their hard-stolen goods. Some works are ransomed, but if a ransom goes unpaid then the criminals are out of luck, as they often have no plan B.

Mid-to-low-level works can sometimes be sold since they are less renowned, but recognisable works have no ready buyers. Criminals believe that illegal collectors like the fictitious Thomas Crown (from The Thomas Crown Affair) or Dr. No (from the James Bond movie) really exist. But in the true history of art crime there are just a few dozen such examples over the last century – a tiny number, when one considers the tens of thousands of art thefts reported each year, and the many more that go undiscovered or unreported.

Instead of selling on their stolen art to criminal collectors, thieves often end up falling for undercover police officers. Indeed, this was how the Stockholm Rembrandt was recovered, eventually offered to a policeman in disguise. 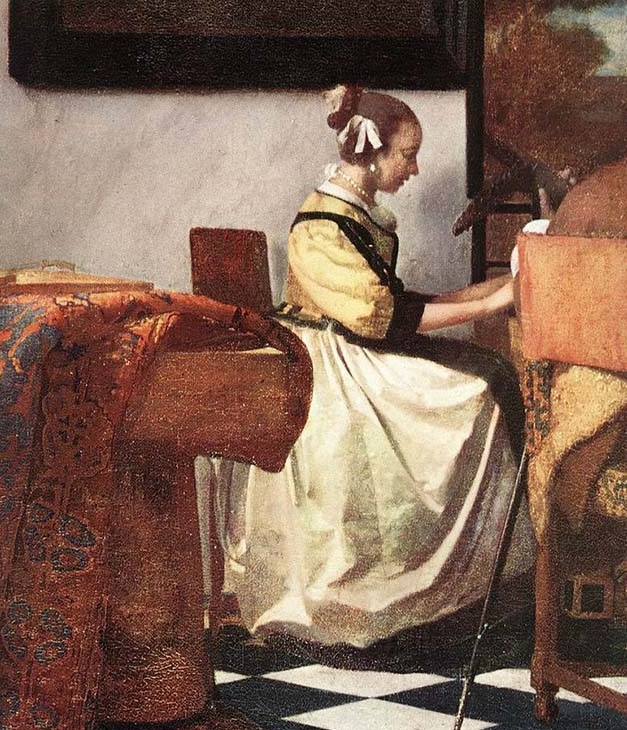 Above: Johannes Vermeer's, 'The Concert'

Many works are traded among organised crime groups, or used for barter or collateral for other illicit goods such as drugs or weapons. This was the case with an infamous burglary from Russborough House, near the Irish capital Dublin, in May 1986, when Irish gangster Martin “The General” Cahill and associates broke into the country home of the Beit family, tied up the residents, and made off with 18 paintings, including Vermeer’s Lady Writing a Letter with her Maid.

Cahill assumed he’d find a criminal collector to buy the best works, including the Vermeer, for something approaching their full value. Failing to do so, he opted for a back-up plan. He smuggled the Vermeer to Antwerp, in Belgium, where it was used as collateral for a loan of $1 million from a crooked diamond merchant. The plan was to use the cash to buy heroin which Cahill’s gang would sell on the street for a profit, before recouping the Vermeer when the loan was paid back. However, the diamond merchant thought he’d find that elusive stolen art collector… and he did, in the form of disguised Scotland Yard detective Charlie Hill.

This case study is useful because it shows how art thefts often involve organised crime, and that stolen art is part of a network of illicit trades. The US Department of Justice and other prominent sources have, in the past, listed illicit trade in art as the third-highest-grossing criminal trade worldwide, just behind drugs and arms. Stolen art, particularly in the form of looted antiquities, can also fund terrorism, as has been made abundantly clear in recent years through the actions of ISIS.

All of which explains why the heists themselves are indeed the inspiration for cinema and fiction, and can be just as filmic. The problem is, the ultimate fates of so many of these beautiful works of art is anything but glamorous. 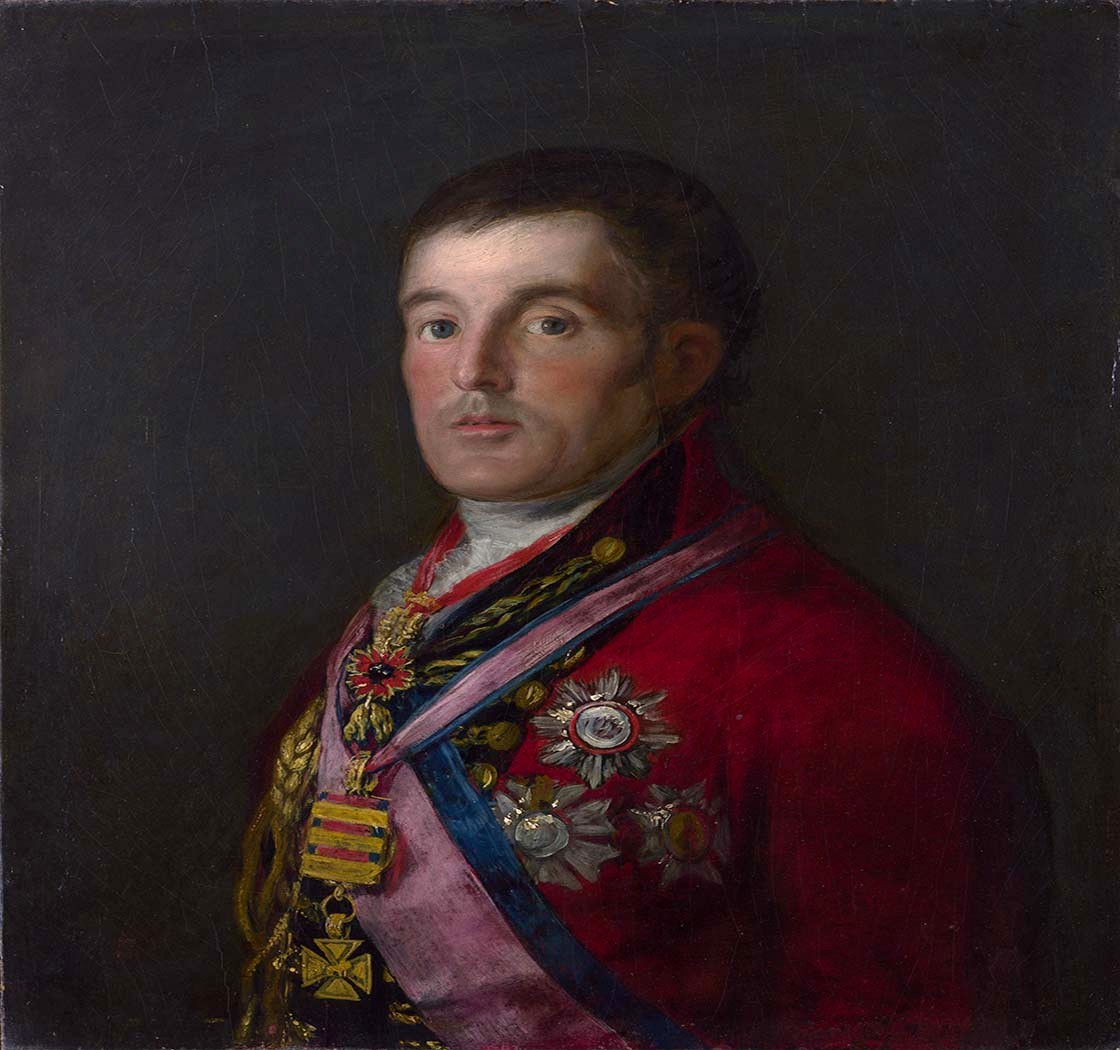 1876, London
Thomas Gainsborough’s Portrait of Georgiana, Duchess of Devonshire, at that time the world’s most expensive painting, was stolen from a London gallery by Adam Worth, dubbed the “Napoleon of Crime”.

1911, Paris
Vincenzo Peruggia, an Italian handyman, stole Leonardo da Vinci’s Mona Lisa from the Louvre, and returned it to Italy which he believed was its homeland. It was later repatriated.

1934, Ghent
The Righteous Judges panel, part of the Ghent Altarpiece by the Van Eyck brothers, was stolen from St Bavo’s Cathedral. It has never been found and is just one of some 13 crimes in which the Ghent Altarpiece was the object, making it the world’s most frequently stolen artwork.

1961, London
Francisco Goya’s Portrait of the Duke of Wellington disappeared from the National Gallery, only for the thief to submit a ransom note demanding that the UK government waive TV license fees for old-aged pensioners.

1990, Boston
13 objects, worth half a billion dollars, were taken from the Isabella Stewart Gardner Museum by a pair of burglars dressed as police officers. None of the works has been recovered and a $5 million reward is still on offer.