A new report stresses how slowing the speed of cargo ships could have enormous benefits for humans, nature and the environment.

There are no speed cameras on the high seas. Perhaps there should be. Environmental experts suggest that reducing the speed of commercial shipping is the easiest, quickest and most effective way to mitigate the industry’s impact on global warming.

According to environmental organisation Seas At Risk, just a 20 per cent reduction in ship speed would cut carbon dioxide emissions by 24 per cent, since slower ships burn less fuel. Other benefits include less pollution and less harm to marine mammals.

The shipping industry accounts for between two and three per cent of global human-made emissions. Eventually all shipping will convert to sustainable fuel but, until that day comes, it’s crucial that ocean freight finds some way to reduce its carbon footprint.

Seas at Risk believes it has the answer. In November 2019 it commissioned an in-depth report on the benefits of slower commercial shipping. Here are the key findings:

People think faster is better. But we’re showing very clearly that faster has dire consequences. People have to stop thinking that slowing down is difficult, because it’s not.

John Maggs, policy advisor to Seas at Risk and president of the Clean Shipping Coalition 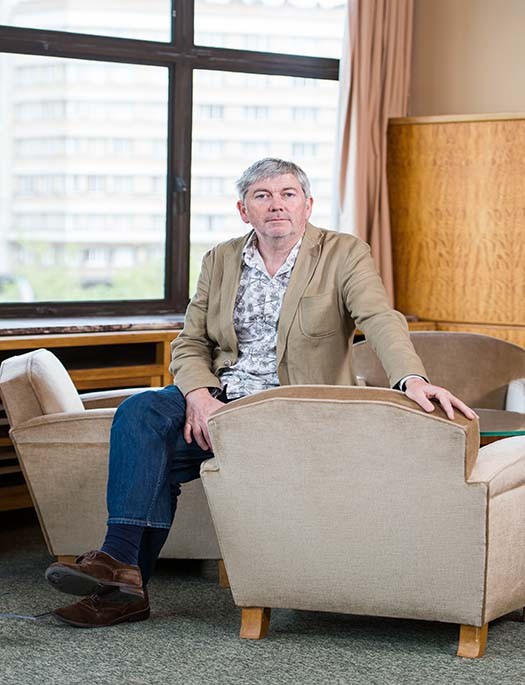 Above: John Maggs, policy advisor to Seas at Risk and president of the Clean Shipping Coalition

John Maggs is policy advisor to Seas at Risk and president of the Clean Shipping Coalition. He is confident that, in 2020, the International Maritime Organization (The UN’s shipping regulator) will negotiate lower speeds across the entire industry. “Speed reduction is the closest thing to a silver bullet the IMO will ever see,” he says. “There isn't anything else out there that can deliver short-term emission cuts on the same scale.”

The problem is that not all cargo shipping companies are willing to put on the brakes. Maggs explains how ship owners who charter out their bulk carriers and tankers (the so-called tramp trade) generally accept the regulation of ship speed. “They have little control over the operational efficiency of their ships because someone else is running them,” he says. (They currently sail at between 10 and 13 knots.)

The owners of container ships, on the other hand, who often operate their own ships, aren’t so keen. Many of their vessels are modern and more efficient through the water, allowing them to maintain a certain speed without burning extra fuel. (They currently sail at between 14 and 18 knots.)

“The owners want to keep their options open,” Maggs says of these huge container ships. “They didn't invest in these more efficient ships to tackle climate change. Instead they wanted to get one up on their competitors, and either pocket the fuel savings or travel a bit faster than their competitors for the same fuel bill.”

In any case, he is convinced everyone in the global shipping industry will eventually see the light, and adopt lower speeds; even if they don't lower them as much as he and his colleagues are suggesting.

“They’re going to have to. We are looking at the complete de-carbonisation of the global fleet by 2050. That requires steep emission cuts in the short term, and cutting speed is the only way [the industry] can do this.”

Maggs points out how shipping industry leaders are always slow to instigate change. It simply requires a cultural shift.

“Slowing down goes against the grain,” he says. “People think faster is better. But we’re showing very clearly that faster has dire consequences. People have to stop thinking that slowing down is difficult, because it’s not.”